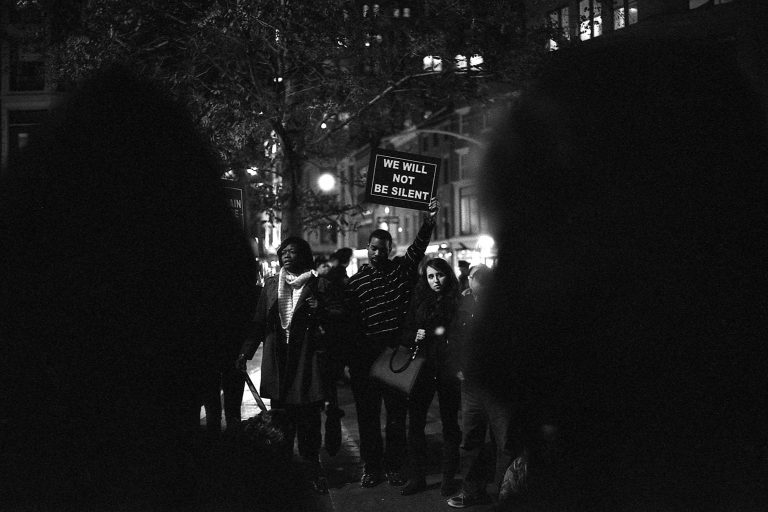 Capturing the Black Lives Matter Movement in Black and White

Ed Peters peers through the lens of FCC absent member Robert Gerhardt, who has been documenting the social justice movement for the past seven years.

New Yorker Robert Gerhardt’s photographs have been published around the world, as has his writing on press freedom and human rights. But for the past seven years his work’s particular leitmotif has been the Black Lives Matter (BLM) movement. 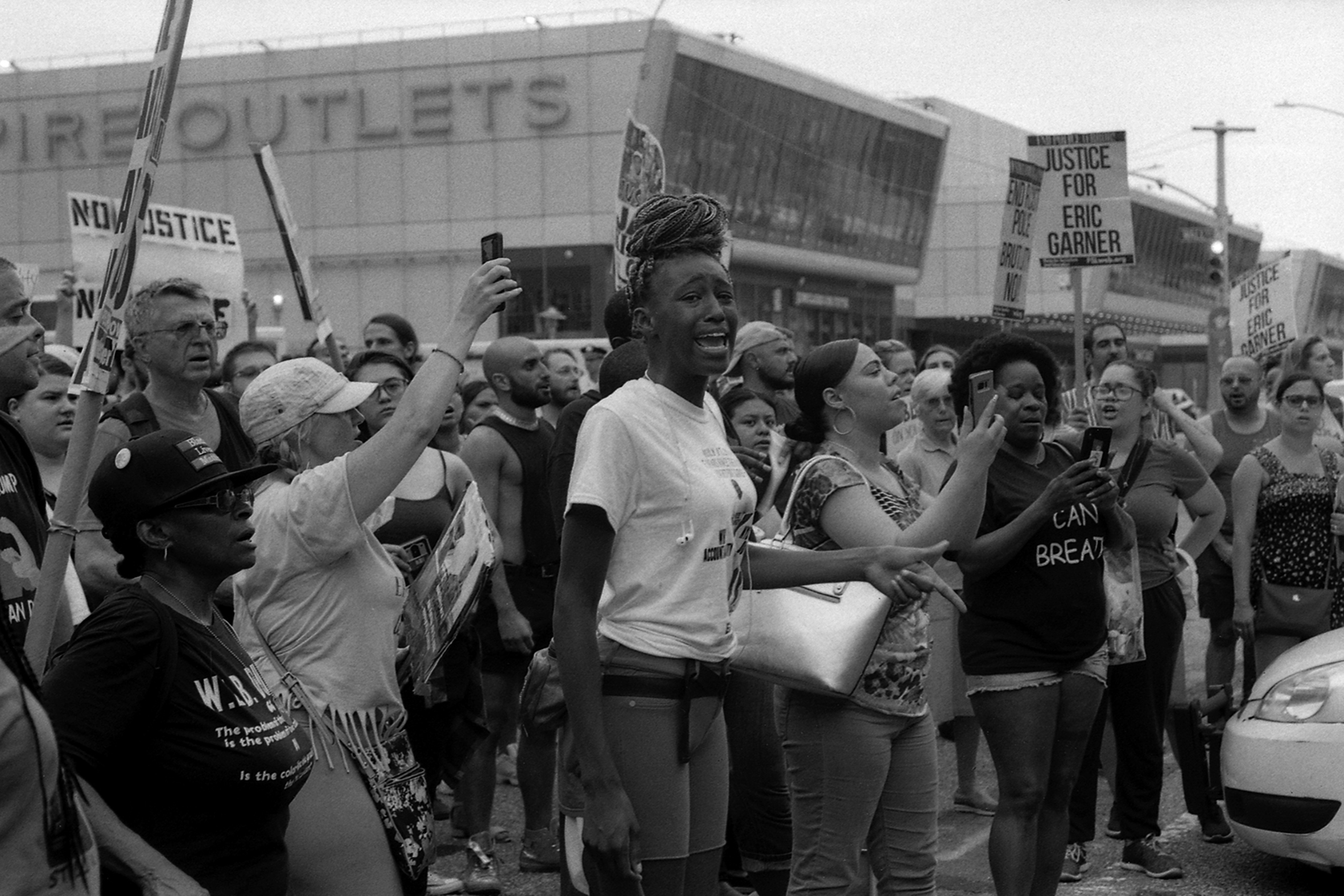 One of Eric Garner’s relatives shouts at police in Staten Island on 17 July 2019, the fifth anniversary of Garner’s death.

BLM sprang up in July 2013 following the acquittal of George Zimmerman, who shot dead Trayvon Martin, an unarmed African-American teen in Florida. Gerhardt picked up the story the following year, after the deaths of Eric Garner and Michael Brown in similar circumstances. Since then, Gerhardt has been concentrating on photographing demonstrations on his home turf with manual Nikon F cameras and Ilford HP5 film – a piquant rarity in the age of digital dominance. Dubbed “Mic Check” after the protestors’ rallying cry, his project represents a significant body of work. 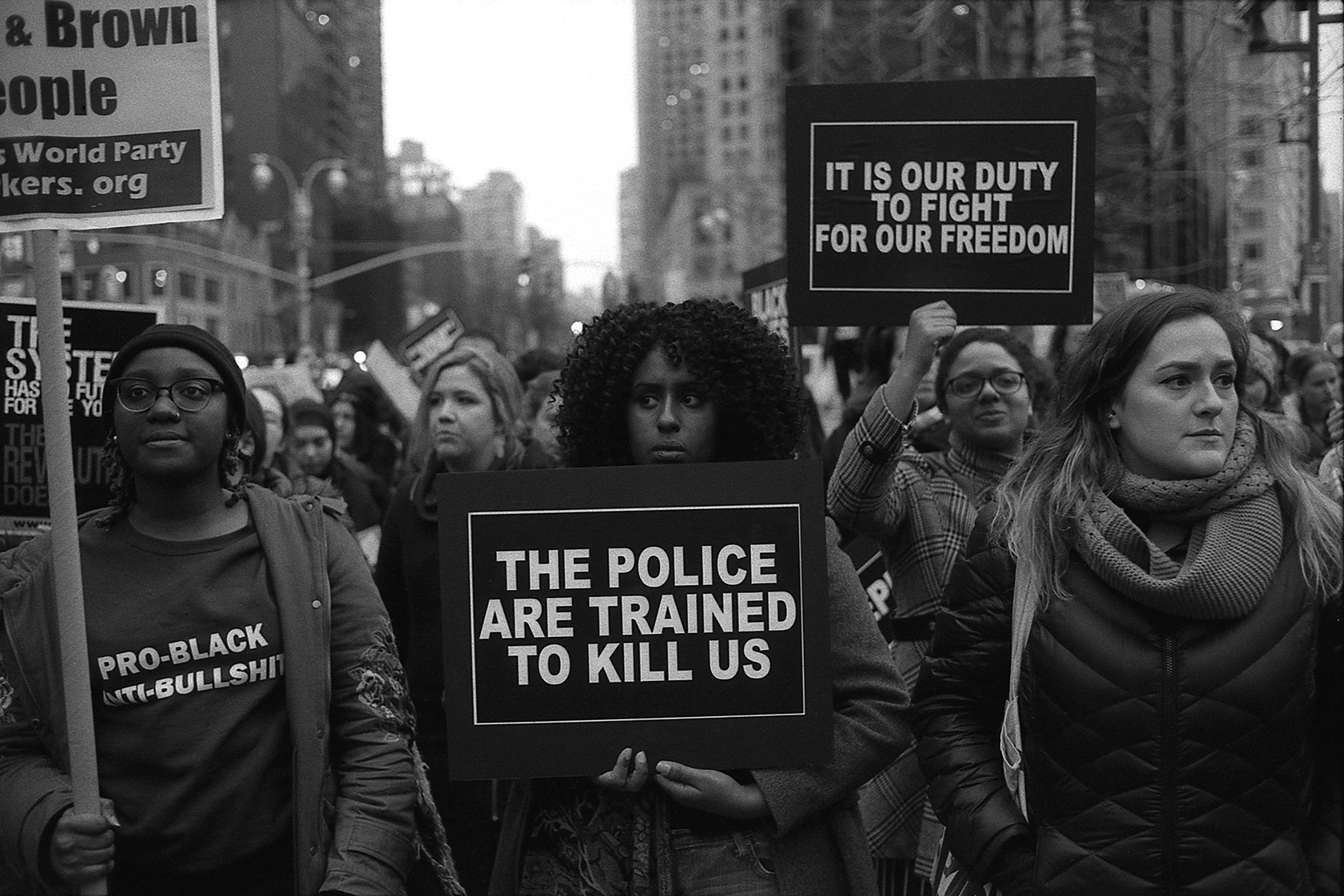 “Some protests were wall-to-wall people, sometimes it would be just a few dozen,” says Gerhardt. “Sometimes I was the only photographer there. And sometimes it was every news outlet with every camera they could get their hands on. But it always kept moving.” 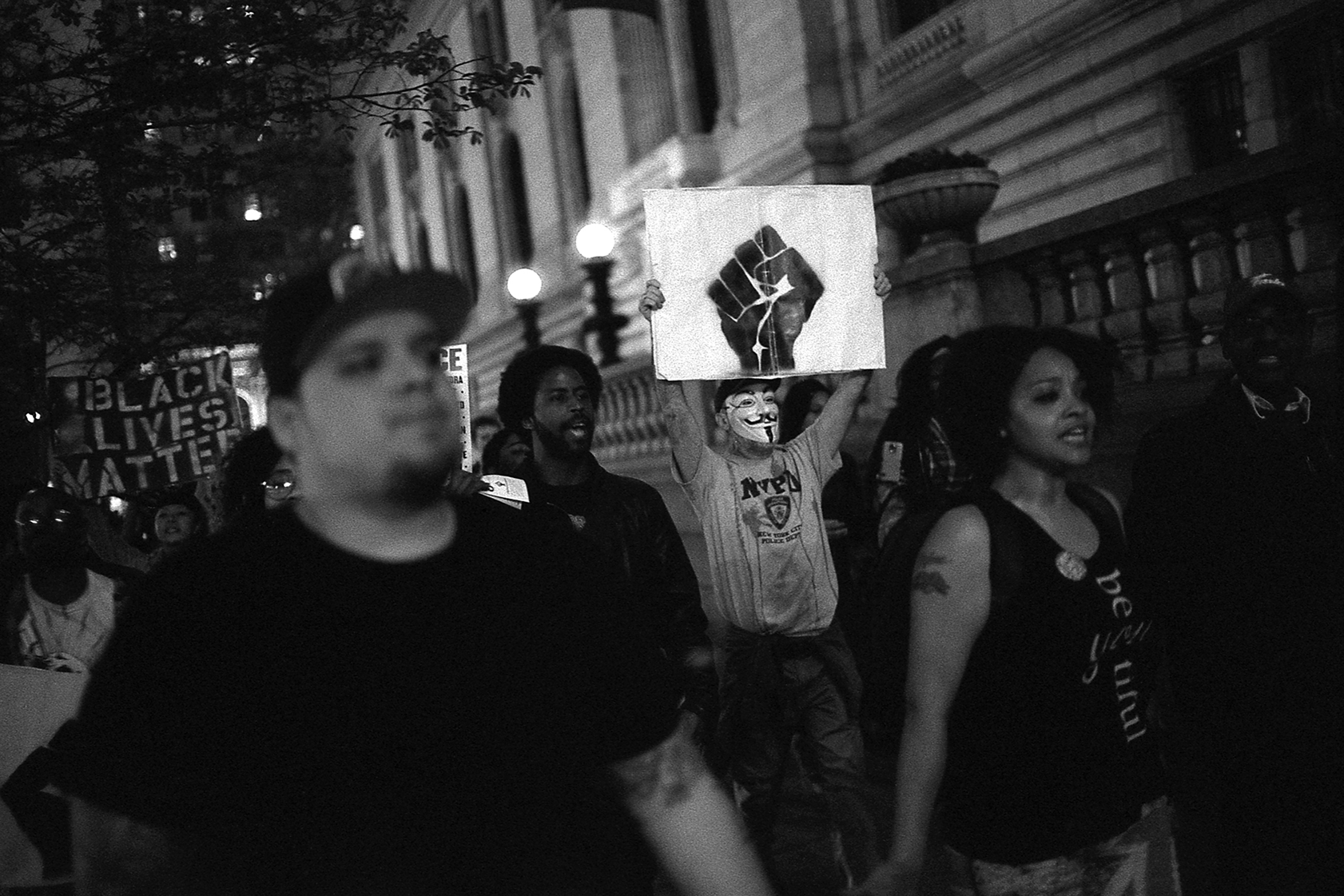 Protestors march past the New York Public Library on 42nd Street on 18 April, 2016.

For a long time, the fact that the protests were going on around the country and nothing was changing weighed on people, he says. “They, and myself, found it hard to fathom how police officers were not held accountable when the evidence seemed so stacked against them.” 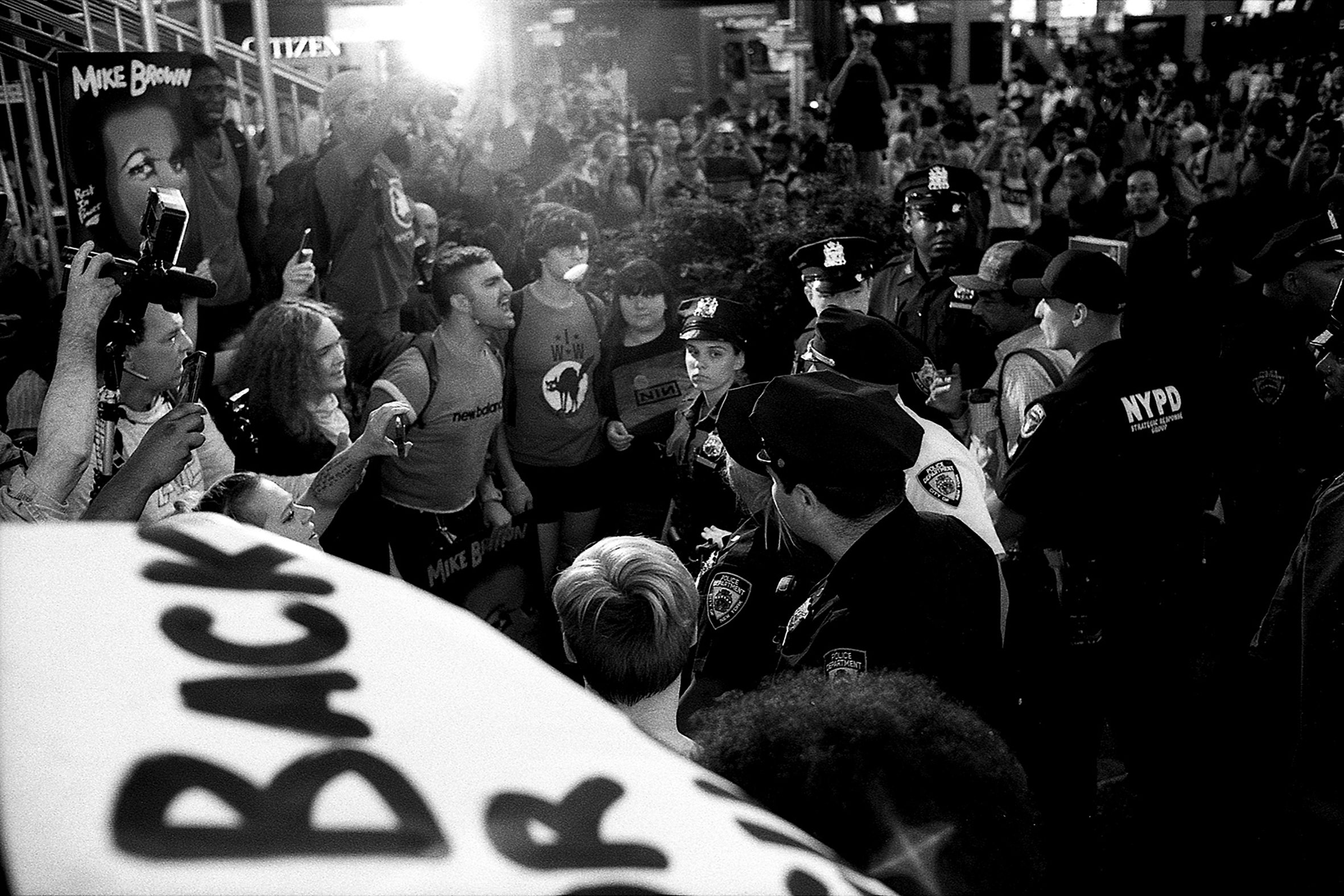 Demonstrators confront police officers on the fifth anniversary of the death of Michael Brown in Times Square on 9 August, 2019.

“But it was this same outrage – that the killings kept happening and that no matter how many protests took place very little changed as a result – that seemed to drive people into the streets to protest time and time again.” 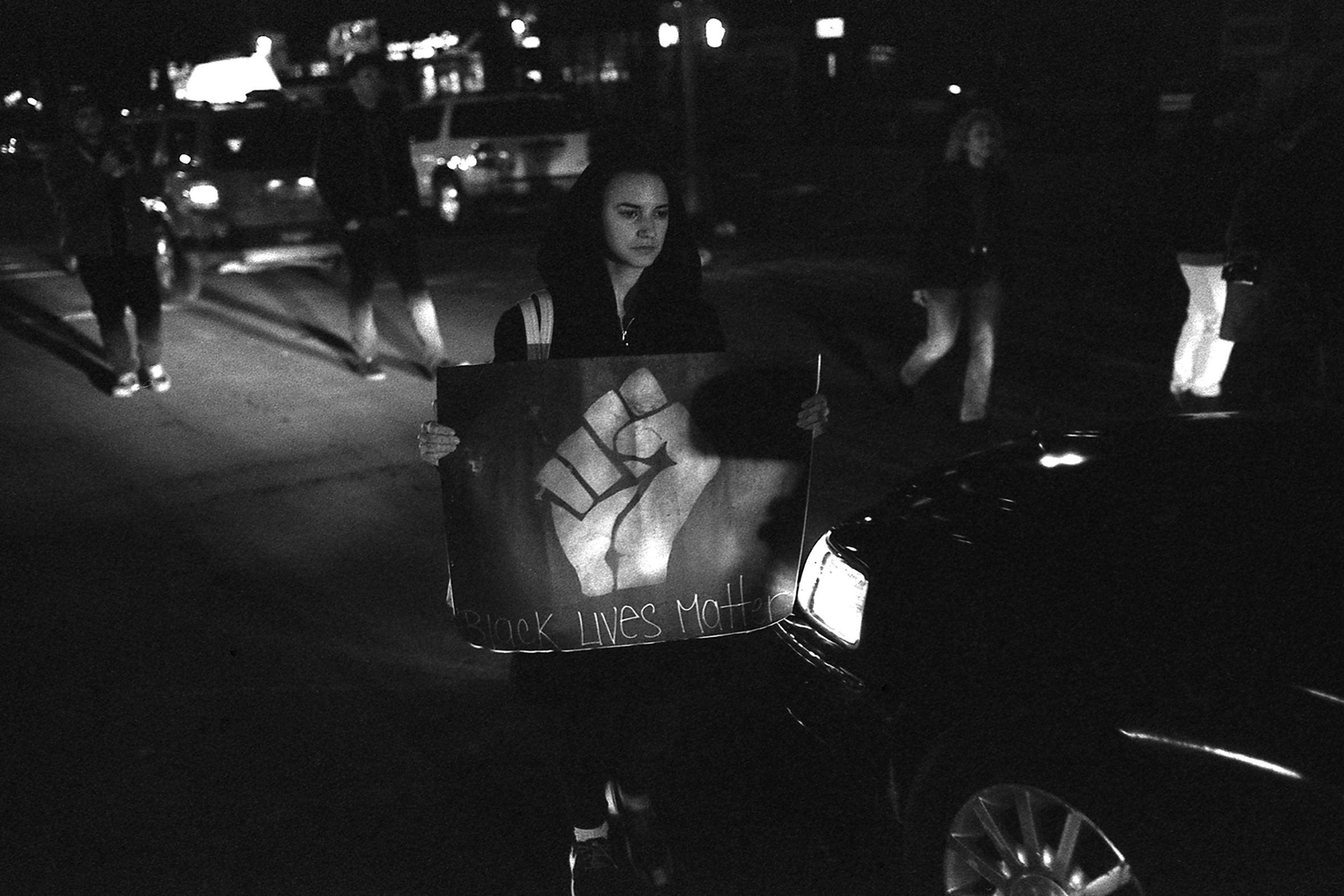 A Black Lives Matter protest on Malcolm X Boulevard in Harlem on 20 March, 2017.

Despite having taken thousands of images at BLM protests, one in particular sticks in Gerhardt’s mind. It’s not simply the lighting and composition that make it remarkable, it’s also because one of the subjects is holding up a sign that reads: “We Will Not Be Silent”. 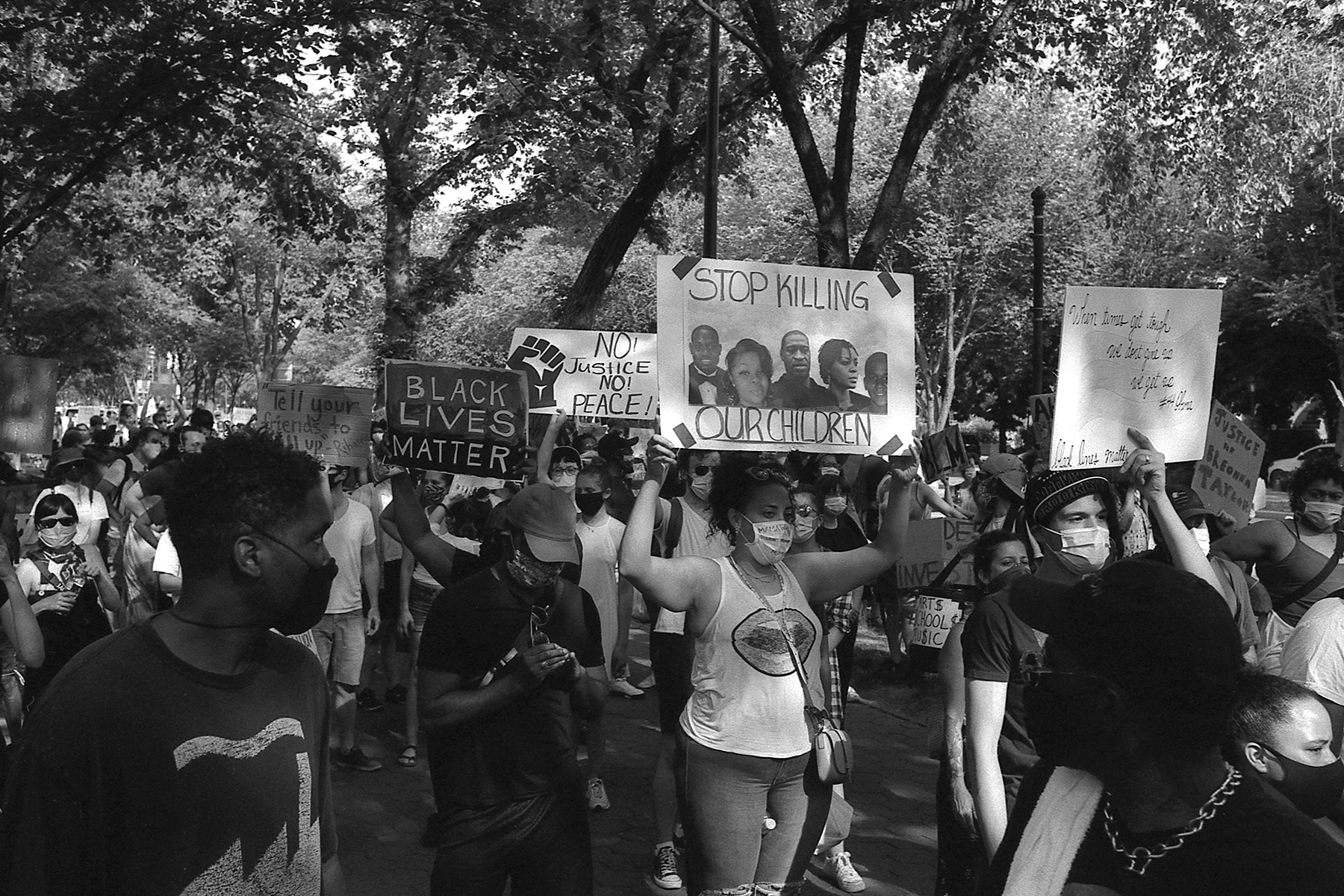 “I shot it in Union Square in November 2014. The sentiment on that sign has never left the BLM movement, which continues to be driven by anger and frustration,” he explains. 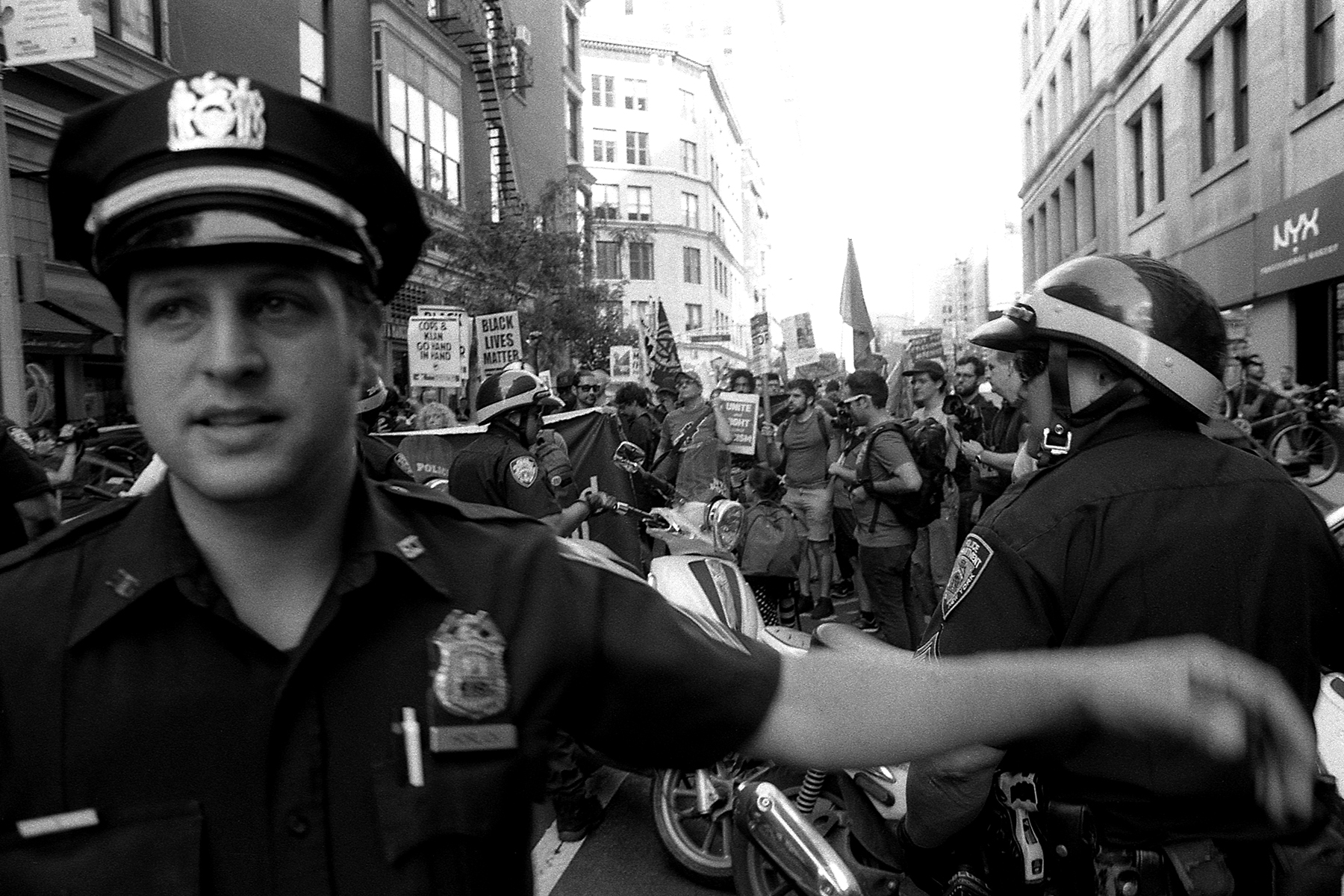 Gerhardt’s photographs have met with near universal acclaim, but as one very well-known American once pointed out, “You can’t please all of the people all of the time”.

“Feisty is one way to put some Far Right reactions,” he says. “But I do seem to have been spared the worst of the really horrible things that have been said online about other journalists. So far, anyway.” 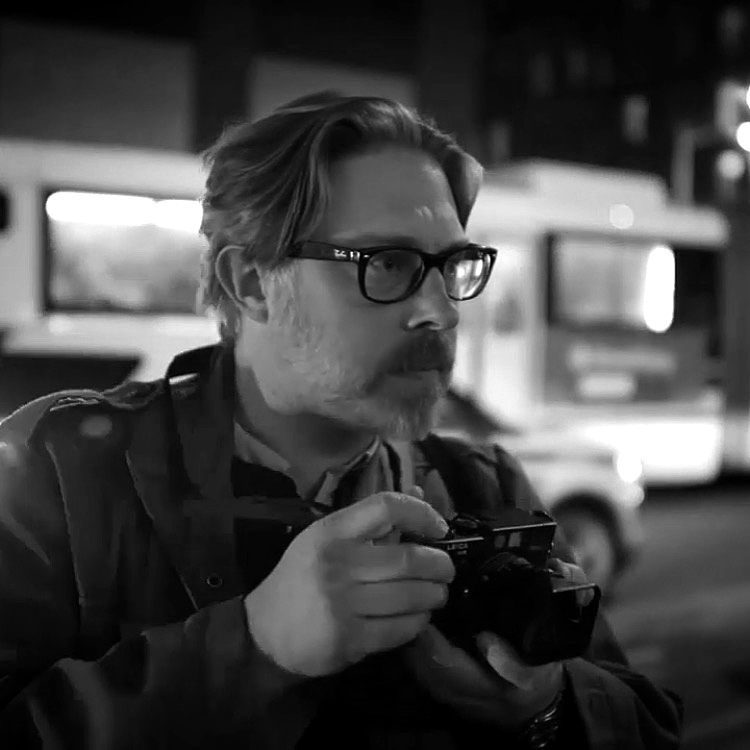 Rob Gerhardt is an absent FCC member and a freelance photographer based in New York.
We measure site performance with cookies to improve performance.