News The Correspondent Catching Up With Cartoonist... 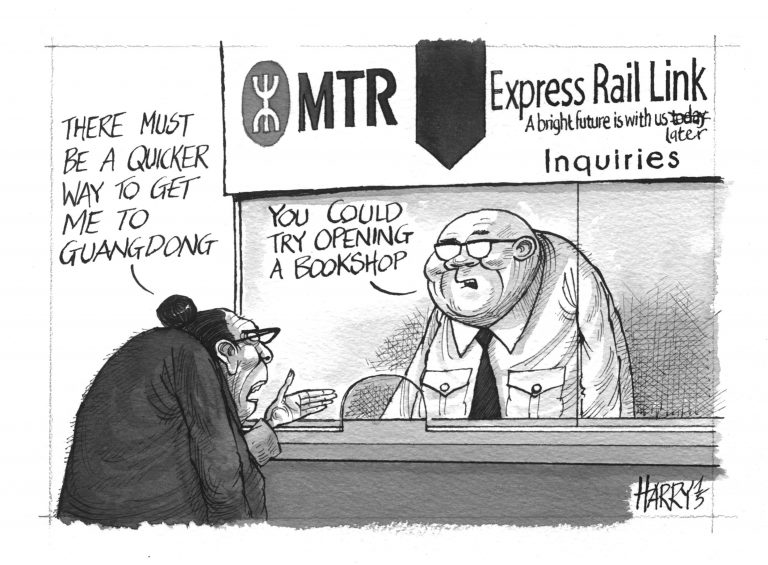 Catching Up With Cartoonist Harry Harrison

Ed Peters swaps quips with Harry Harrison, who exhibited a collection of intriguing illustrations at the FCC in September.

For the past 20 years, Briton Harry Harrison’s cartoons have unfailingly been one of the best bits in the South China Morning Post. To celebrate the publication of Add Ink: Cartoon Chronicles of Hong Kong, and his September exhibit at the Main Bar, The Correspondent caught up with the 60-year-old Lamma stalwart who wields his pen – and wit – to such devastating effect.

Any regrets missing out on a glittering career in UK supermarkets?

Harry Harrison: Parts of Hong Kong supermarkets smell exactly the same as Key Markets, my first employer. I always have a misty “What if…” moment when I wander into such pockets. I could be an area manager with a company car and a nylon tie; instead, I’m trapped in this shorts-flip-flops-and-ink-stains maelstrom.

You met your future wife, Helena, in Tsim Sha Tsui in 1990. Did you two hit it off immediately?

HH: I was instantly drawn to Helena, but it took her several months to realise what an absolute catch I was. She bought me a chicken tikka sandwich because I was skint. I then walked her to The Peninsula where she had been invited to afternoon tea by an American fighter pilot. I walked dejectedly back to my hostel thinking “There is no God!”

Which of your cartoons generated the greatest outrage?

HH: I did a few about the Second Intifada in 2001 which drew accusations of anti-Semitism. I asked a Jewish woman I was working with if she found any of my cartoons objectionable. She replied: “Yes, that one you did taking the piss out of Cathay pilots. My dad’s a Cathay pilot!”

Former Chief Executive Tung Chee-hwa’s physiognomy lent itself to your art. How about Miss Popularity?

HH: Tung was a gift, particularly as I was just finding my feet. Carrie Lam’s features are as unremarkable as everything else about her, apart from her quirky approach to “helping” Hong Kong people, and her dead-eyed stare, of course. 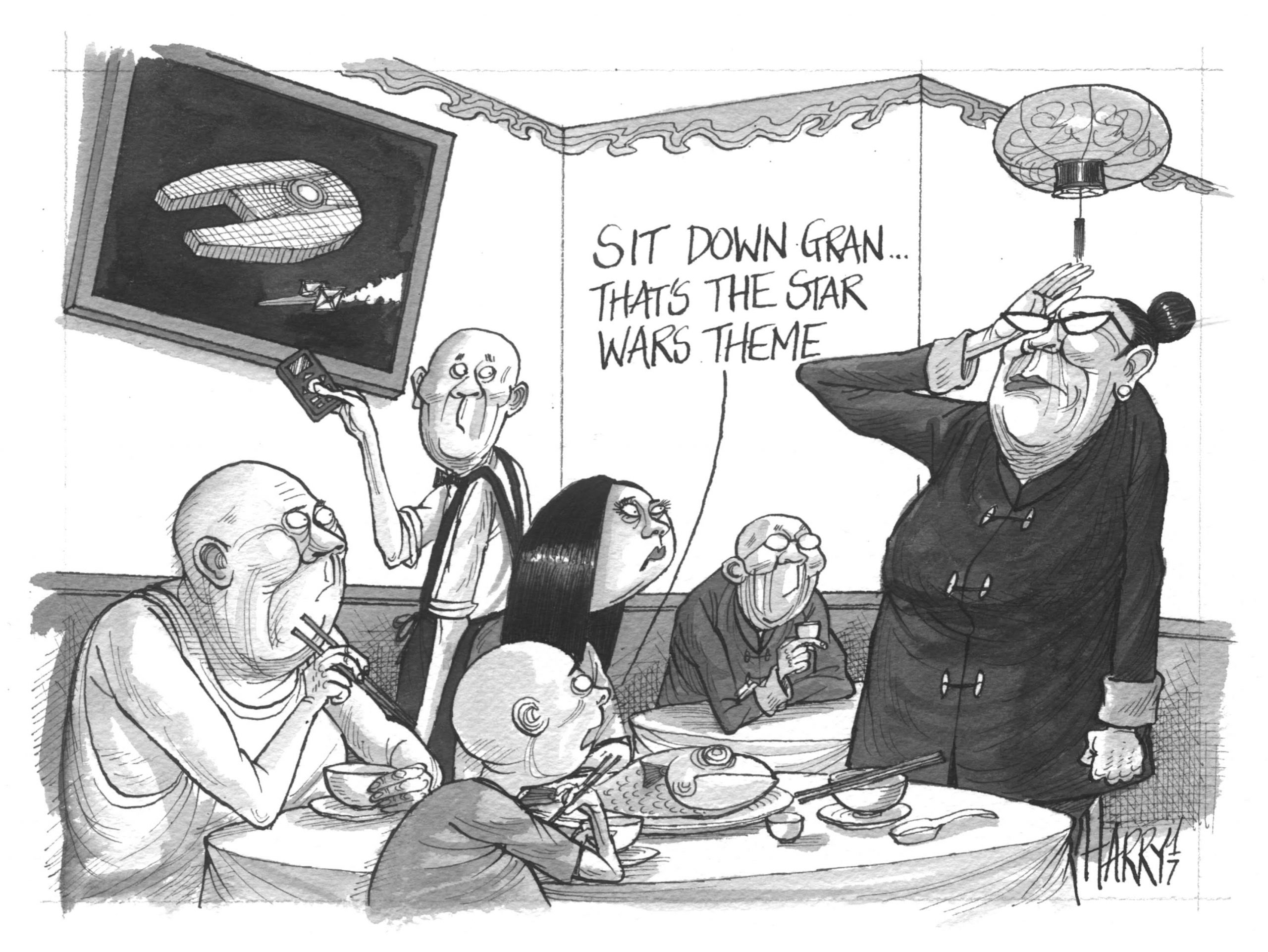 You were sometimes confused with late sci-fi writer Harry Max Harrison – are his books any good?

HH: I’m not a fan of the genre, so haven’t read any, but we were occasionally in contact. He used to be an illustrator before he started writing and I mentioned this to him in an email. He replied that if I promised never to write any science fiction, he promised never to do any more illustration.

Apart from Carl Giles and Ronald Searle, do you have any other heroes?

HH: As far as art goes, Ralph Steadman, Gerald Scarfe and Kevin “Kal” Kallaugher spring to mind. In other fields, there are many, but I would have to single out Alan Partridge.

You’ve put in 20 years at the Post: any plans to skedaddle?

HH: None personally, but that’s probably not in my hands, the current climate being what it is. I’ve got a boat and some tinned food hidden in the bushes on Lamma.