News The Correspondent The Future of Visas for For...

The Future of Visas for Foreign Journalists in Hong Kong

As the visa situation for foreign journalists in Hong Kong grows murkier, Morgan M. Davis looks for precedents across the border.

Hong Kong has long been viewed as a welcoming place for foreign journalists and news agencies. Visa rejections are rare, so long as the applicant in question has the skills and experience to do the job. But Article 54 in the new national security law, which seeks to manage “organs of foreign countries and international organisations”, has raised concerns about potential visa restrictions.

Simultaneously, both the US and China have weaponised journalist visas amid souring relations. On 6 August, the FCC released a statement on the issue. “The Foreign Correspondents’ Club, Hong Kong is aware of recent examples of delays involving the issuing of visas to foreign journalists in Hong Kong, as well as suggestions by the Chinese government that more foreign journalists could face repercussions in response to US actions,” wrote the FCC.

“The FCC calls on the Trump administration to lift its restrictions on Chinese media working in the US, and on Hong Kong and China’s governments to refrain from retribution in targeting US media and journalists working in Hong Kong.” This “downward spiral of retaliatory actions” not only puts journalists at risk yet also fails the public “that needs accurate, professionally produced information now more than ever,” the statement continued.

In response to the FCC’s statement, the Commissioner’s Office of the Ministry of Foreign Affairs issued a statement, saying “if the US is bent on going down the wrong path, China will be compelled to take necessary and just reactions to safeguard its legitimate rights and interests. It is the US that has caused the situation and should be solely responsible for it.”

Later that month, the Immigration Department rejected a visa transfer for Aaron Mc Nicholas – an incoming editor of Hong Kong Free Press (HKFP) – after a six-month wait, despite the Irish journalist having been granted prior visas to work in Hong Kong for Bloomberg and Storyful. The department did not provide an explanation to HKFP.

When The Correspondent inquired, the department declined to comment on specifics. A spokesperson responded: “Hong Kong has always adopted a pragmatic and open policy on the employment of professionals… including journalistic work.” In the absence of further information, such developments are troubling. “It’s an evolving situation and it involves a maddening degree of uncertainty for everybody,” says Steven Butler, Asia programme coordinator for the Committee to Protect Journalists (CPJ).

“You have to assume it’s because [the government doesn’t] like what HKFP is doing, and honestly, why would they?” says Butler of Mc Nicholas’s visa rejection. “There’s a lot of coverage that is critical of the Hong Kong government and China.” 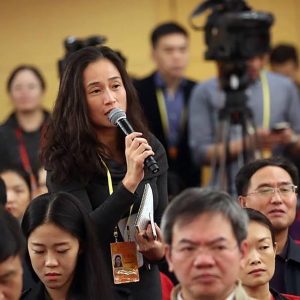 Lingling Wei at a press conference during the 2018 National People’s Congress. Photo: Supplied

Insights from the Mainland

In most cases, the government abruptly rescinded the journalists’ press accreditations and instructed them to leave the country within as little as five days. According to statements by the Chinese government, the move was a direct response to US restrictions on Chinese journalists. Just days earlier, the US had forced 60 Chinese nationals who worked at state media outlets to vacate the US or secure an appropriate visa to stay.

In early September, Chinese authorities informed several journalists at American news outlets that their press credential applications were being processed, rather than automatically renewed, as is routine.

The visas of foreign journalists are tied to their press accreditation, and both are usually renewed on an annual basis. This time, journalists received temporary extensions of just two months, with a clear warning that they may be revoked any time.

In the case of Australian journalists, the turmoil can be attributed to fragile relations between the two countries and critical China coverage by Australian media over the past two years. According to the Foreign Correspondents’ Club of China, this year’s series of forced departures of foreign journalists from China are thought to be the first outright expulsions since 1998. 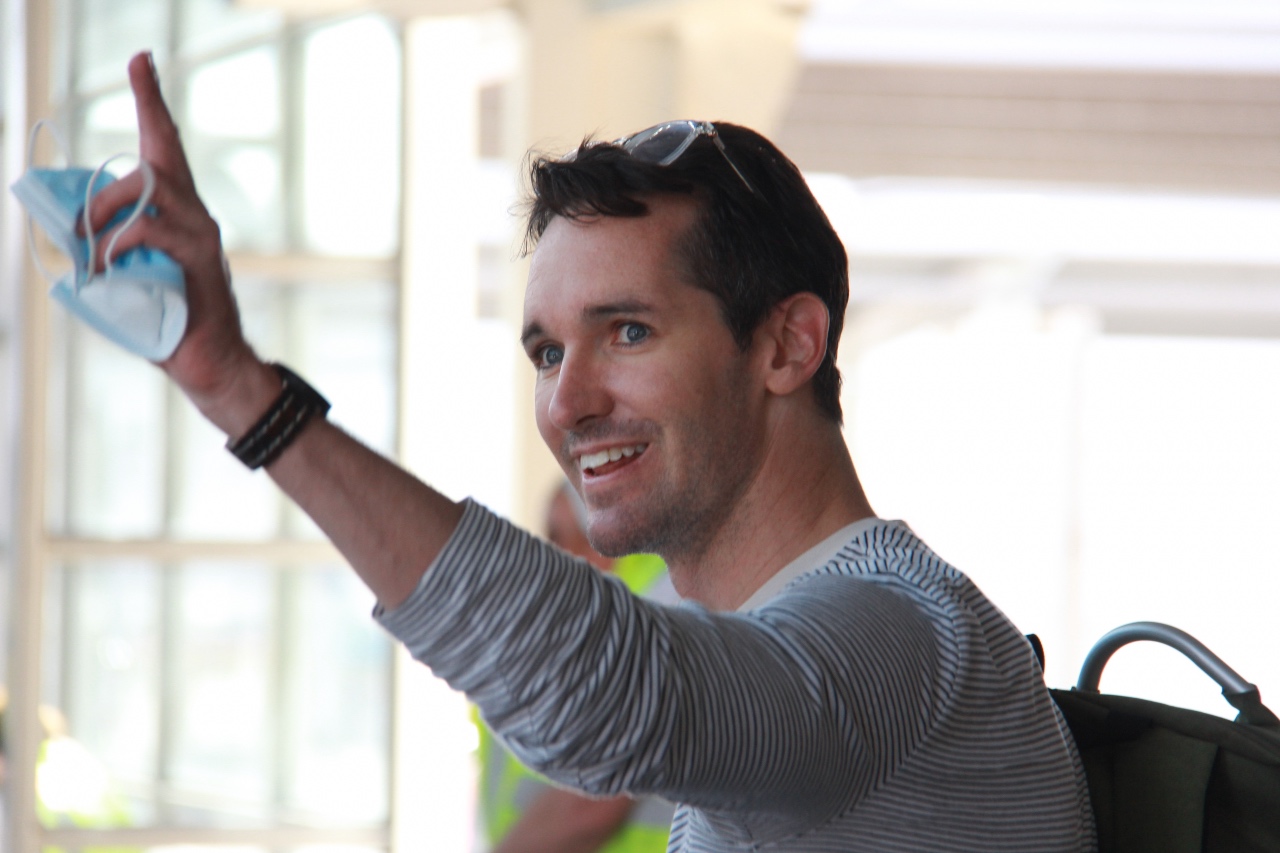 ‘Pawns in the bigger struggle’

“For me, going back to China to practice independent reporting was the kind of career I [had always] wanted,” says Wei, calling the experience a “dream come true”. Over the past nine years, Wei focused on the internationalisation of China’s renminbi and the US–China trade war. But in March, she became collateral damage in the economic battle she was reporting on. The government rescinded Wei’s press credentials, effectively banning her from working as a journalist in China, Hong Kong or Macao.

“We were experiencing many more challenges getting access to people, be it business [executives] or officials,” Wei says of the reporting situation in China prior to her forced departure. Even so, Wei never expected to leave this way. “It broke my heart,” she says.

Gerry Shih, a China correspondent for The Washington Post who had worked in Beijing for five years, including at The Associated Press, was expelled around the same time. He called the experience “surreal” when he spoke at the Society of Publishers in Asia (SOPA) 2020 awards on 26 August.

Though disappointed by the decision, Shih says the “writing was on the wall” for some time. “These [expelled] diplomats and journalists are pawns in the bigger struggle,” he said of the US–China fight. Many in the cull were journalists who had lived and worked in China for more than a decade. They love China and their lives there, adds Wei. Among them, Australian Chris Buckley, who had been based in mainland China for The New York Times and Reuters since 1998, was expelled in May.

Likewise, Canadian Ian Johnson, a Pulitzer Prize-winning journalist for The New York Times, lived in China for more than 20 years before the government stripped his press credentials in March. Johnson, who learned of his expulsion via email while in London, wrote about the consequences of fraying China–US relations in an opinion piece for The New York Times:

“Taken individually, stories of severed friendships and strained family ties seem insignificant – certainly they do when you talk to a true believer who thinks that the US policy toward China is necessary to make the world safe for democracy.” “Yet cumulatively these small wounds change how all of us experience the world, forming a collective trauma over the loss of an optimistic era dating back several decades, when the world seemed to be opening up, however imperfectly.” 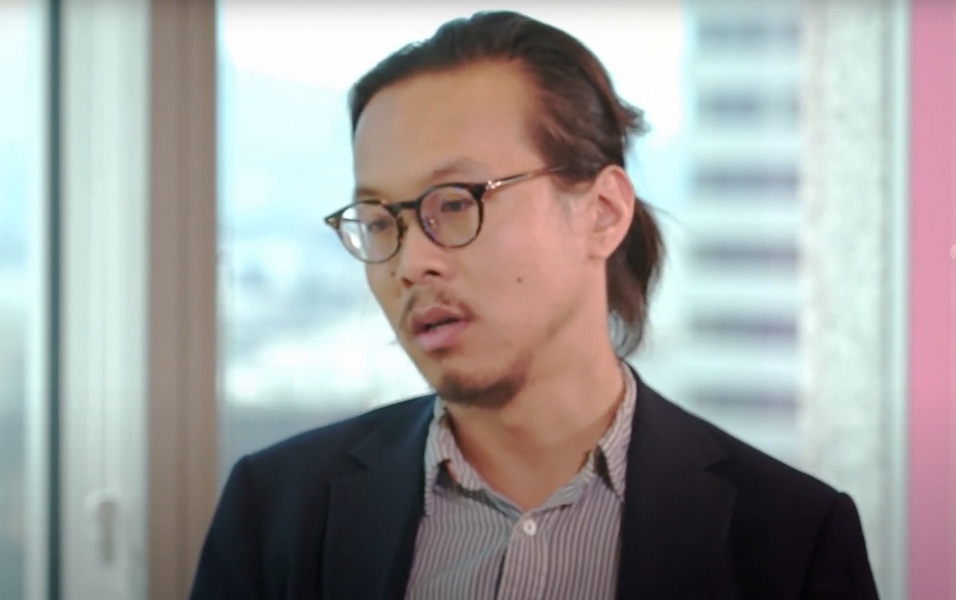 Gerry Shih discusses his departure from China at The SOPA 2020 Awards on 26 August. PHOTO: SOPA

Finding a future in journalism

For Wei, the last six months have felt more like a decade. She moved back to New York City in May at the height of the pandemic, with her husband and seven-year-old following later. She says The Wall Street Journal has been supportive, giving her the option to move anywhere.

The Chinese government also allowed her to stay two extra months in China to be with her sick mother and pack up her life, she notes. “I will always be grateful for those officials who helped me,” she says. “I really have no complaints. It is what it is.”

Meanwhile, Shih has relocated to Seoul where he continues to cover China. In May, he won the 2020 Osborn Elliott Prize for Excellence in Journalism on Asia for his extensive China reporting. Buckley is also reporting on China, though his location is unclear, and he did not respond to our interview request.

“In my situation, I still believe in what I’m doing,” says Wei, who continues to report on China from New York City. If journalists are concerned about their visas or safety, she says, they should consider their priorities and mental well-being.

There is no shame in leaving the industry if that is what’s right for you, she says. It’s something she contemplated doing herself, in order to stay in China.

In the end, Wei’s passion for journalism overcame her doubts. “When things like this happen, it really makes you question whether [journalism] is something you should keep doing,” she says.

Wei’s mother also encouraged her daughter to persevere, since Wei has a wealth of China expertise that is valuable, regardless of where she is based. “That kind of knowledge and insight cannot be easily taken away,” says Wei.

Every year, Reporters Without Borders ranks 180 destinations in its World Press Freedom Index. Here’s how countries across the region stack up: 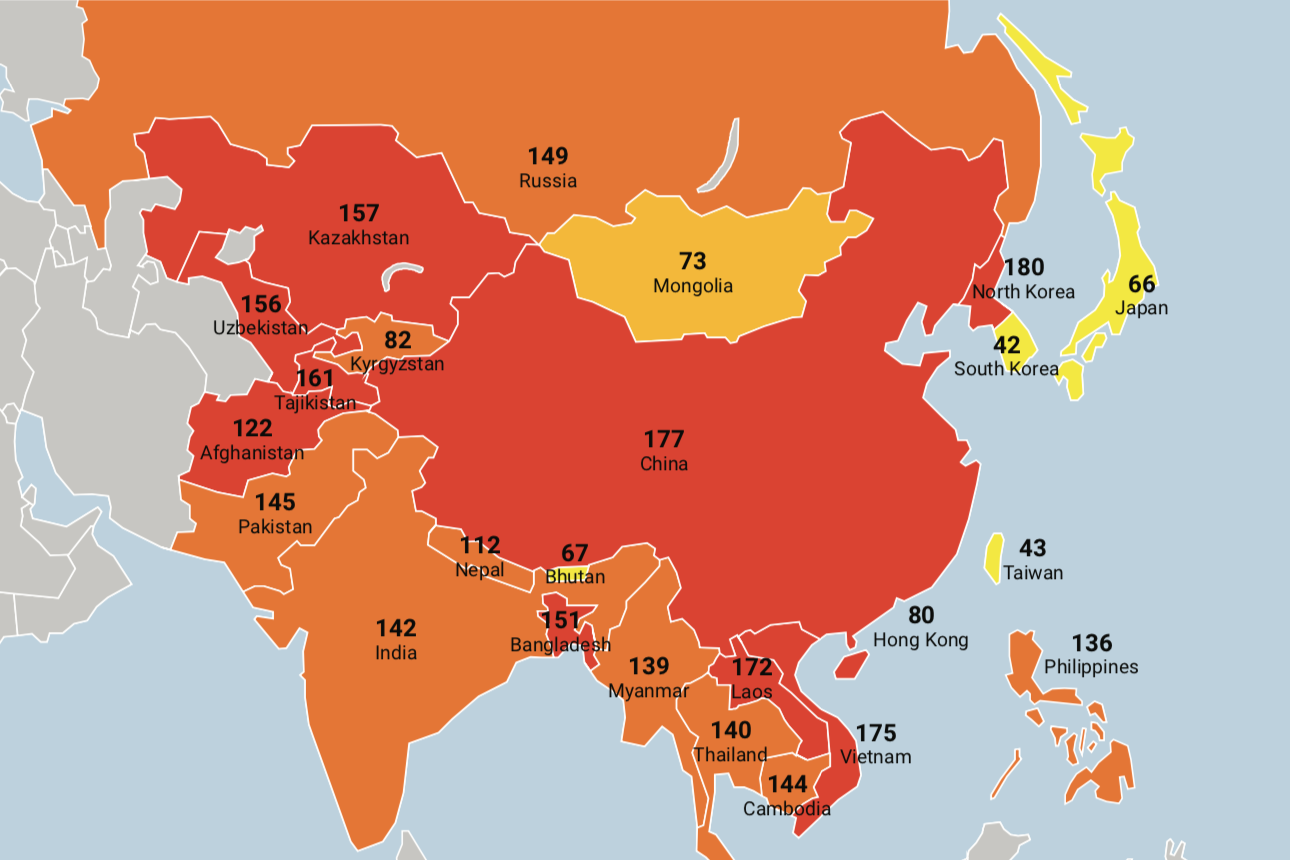 Source: Reporters Without Borders
We measure site performance with cookies to improve performance.