News The Correspondent Closing the net: What lies ... 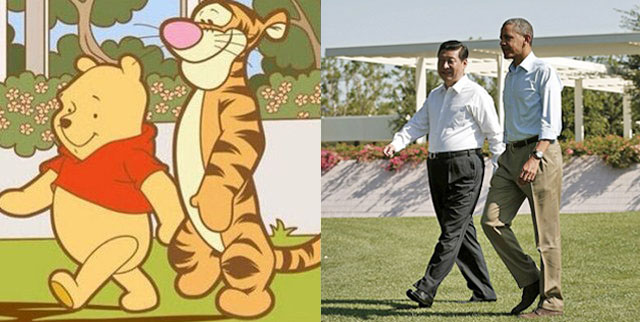 Closing the net: What lies ahead for China under new cyber security laws?

In the mid-1990s, Rupert Murdoch dubbed the Internet to be a threat to authoritarian regimes everywhere. Beijing demurred and embraced mass connectivity as a vital building block in its pursuit of a modern and “harmonious” society. Today, those differing visions about the impact of free flowing information have not been resolved.

China became one of the world’s most restrictive media environments after Xi Jinping was elevated to the presidency five years ago. The posting of politically sensitive content was criminalised, thousands of domestic websites were closed and the “great firewall” blocked critical information flowing in from outside. Administrative and legal measures have ensured systematic censure of almost any online activity deemed to be subversive.

The paradox is that during this period a handful of home-grown companies consolidated use of highly innovative platforms to make China one of the world’s most sophisticated social media markets. The likes of Tencent, Alibaba and Baiedu developed mass participation networks for e-commerce, but also vigorous discussion in the public square.

There was always a tension between the Communist Party’s ambition to foster a connected nation and its desire for full control of public discourse. In the run-up to the CCP’s 19th National Congress this autumn, the pendulum has swung clearly in favour of controlling social media and anything that undermines the prestige of President Xi. This includes ostensibly gentle postings based on the British cartoon character Winnie the Pooh, who apparently resembled the great man in Zhongnanhai.

One of our fears is that the law would probably compel companies to engage in a lot of self-censorship.

A law to prevent cyber theft and hacking introduced in June criminalised a wider range of online activity and put an obligation on Internet companies to censor content. Beijing has also threatened to constrain virtual private networks (VPNs), which allow domestically-based Internet users to cheat the “great firewall” and pretend they are outside China. At the time of writing, it was not clear how such rules would be implemented, but such work-arounds are vital for information-based businesses, particularly foreign journalists operating in China.

When Chinese bloggers started using the name and image of Winnie the Pooh as a substitute for Xi Jinping to avoid censorship of their posts, Chinese authorities reacted swiftly and banned the cute cartoon character. Photo: Weibo

What will become clear once the dust settles on the CCP meeting is whether these measures in their totality were a tactical initiative to constrain information ahead of the autumn powerfest, or instead reflect a more systematic and worrisome crackdown on information dissemination. Human rights activists in particular will watch how officials utilise the new legal armoury to prosecute “netizens” for sensitive posts.

For example, the cyber security law that took effect this summer quite reasonably tackles Internet theft and hacking activity. However, it also criminalises the use of the Internet to harm national security, national interests and the even more nebulous notion of “social order”. Amnesty International has dubbed such definitions as “vague and imprecise’’ and warns that their implementation may “further restrict freedom of expression’’.

The new law widens the legal scope for prosecuting the authors of controversial content beyond a clumsily worded offence introduced in 2012 as part of a “judicial interpretation”. Anyone who incites “ethnic hatred and picking quarrels and provoking troubles’’ through online posts could face up to three years in jail if the relevant content is viewed at least 5,000 times or re-posted 500 times.

Although no official data is available, anecdotal reports suggest that many individuals who have fallen foul of the new rules are civil rights defenders and other activists. High-profile examples include the 2015 prosecution of civil rights lawyer Pu Zhiqiang for inciting ethnic hatred and disturbing public order. He received a three-year suspended prison sentence for seven posts on social media that challenged government policy.

William Nee, a China researcher at Amnesty International, is wary of the government’s tolerance for netizen postings that may appear politically insensitive, given the new legal framework.

He pointed to the popular government-funded TV drama “In the Name of the People” which aired this spring in China. It fictionalised anti-corruption efforts and included a scene where an investigator warns an official over his online content. Slanderous remarks, he is reminded, can land him in jail if re-posted 500 times.

“This showed to me they are trying to let citizens know they can face detention or prosecution for spreading rumours,’’ Nee says.

To the annoyance of foreign firms seeking to build an online presence in China, the new law requires them to keep user data within domestically controlled server farms. It quickly follows that foreign firms would face an obligation to censor both their own content and that generated by users. Moreover, social media users will no longer be able to remain anonymous as registration must now be conducted using real names.

“One of our fears is that the law would probably compel companies to engage in a lot of self-censorship. The law gives the legal basis for that,’’ says Nee.

Beijing’s apparent move against VPNs threatens netizens’ ability to connect with individuals outside of China and to access foreign generated content. In January Beijing said VPNs would be subject to a new licensing regime and many operators have been closed down. The big three telecommunication firms were told in July to block user access to VPNs by early 2018.

Such crackdowns and other technical attacks on firewall work-arounds are making it more difficult for mainstream users to get around China’s barricade, explains Jason Q. Ng, research fellow at the Citizen Lab of the University of Toronto.

Ng, who studies social media in China, is however optimistic that technology and innovation will enable the “cat and mouse” situation in the PRC to continue. “Of course there are always sophisticated users who will be able to defeat government restrictions and perhaps as new and existing tech tools are developed and improve, things may shift again.’’

Perhaps salvation can be found in technical solutions, but Amnesty’s Nee is worried that China is amping up its control and points to the term “internet sovereignty” used in the new cyber security law.

“This law did cement the whole concept of cyber sovereignty. That is one of the most troubling aspects as it helps give a degree of legitimacy to the government’s view of censorship and its right to engage in censorship.’’

China getting serious about VPN crackdown

China’s “Great Firewall” has routinely been broached by those using virtual private networks (VPNs). There have been attempts to curb their use in the past but from February 2018 new laws will make it ever more difficult.  While the crackdown is chiefly aimed at suppressing dissent it could also affect international businesses, academics and researchers who rely on unfettered access to the Internet. The new law will allow companies and other organisations access to VPNs as long as they are registered. However, it is not clear how the registration process will work — or whether it will extend to employees working from home. What is clear, is that ordinary citizens will no longer be able to use VPNs so their access to information will be severely limited.

Freedom House, a US-based democracy and human rights NGO, says Beijing has escalated efforts to “restrict individual VPN usage over the past few years”, branding it “the world’s worst abuser of Internet freedom”.

“VPNs provide a pressure valve for those who rely on open internet access to communicate and stay informed – even government supporters,” said Madeline Earp, a research analyst at the group. “Interfering with these channels to the outside world creates tremendous frustration and uncertainty.”

A Chinese physics professor at a university in Beijing said he hoped the VPN crackdown would not affect his ability to use Google. “Baidu has absolutely no use for my work,” he said, referring to the Chinese search engine. “It is a shame … without Google, academic research and study will definitely be adversely affected.”

Academics in China are reluctant to publicly comment on censorship. But both Chinese and foreign researchers in the country need to tap into global conversations for “well-informed research”, according to Dr Nicole Talmacs, lecturer in media and communications at Xian Jiaotong-Liverpool University.

However, Lotus Ruan, a researcher at the University of Toronto’s Citizen Lab, said the government would find it hard to control or censor everything on the Internet, and “VPNs were vital tools for many businesses and researchers.” People could also get around the system by setting up their own VPNs with overseas servers, or using “information brokers” – people based overseas who translate news and information for Chinese audiences, she said. The ban may be effective for a while but “get-arounds” will surface eventually.