News The Correspondent Covering the Coup: A Myanma... 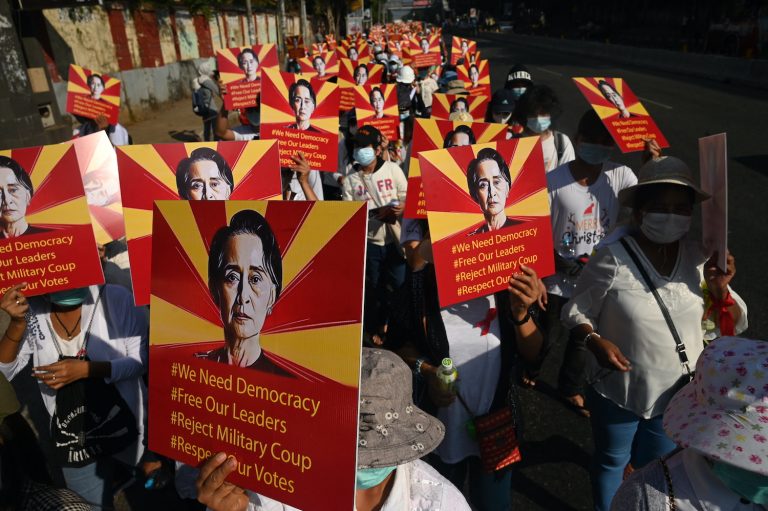 Chronicling events on the ground in Yangon, Arakanese freelance journalist Kyaw Hsan Hlaing documents an increasingly perilous situation for journalists in the wake of the military coup.

When my roommate woke me early on 1 February with the news that the Myanmar military had staged a coup, I knew that as a freelance journalist focused on human rights I could become a target.

I deactivated my Facebook account and requested the editor at an international news agency delete my byline from some sensitive articles. I then walked around my neighbourhood in Yangon to assess the situation. Everywhere I looked, I saw faces lined with fear and uncertainty.

The military had cut my phone connection, but I heard a rumour that one network was still accessible. I queued for two hours to buy a SIM card, but when I activated it, there was still no connection.

After the military, known as the Tatmadaw, arrested former State Counsellor Aung San Suu Kyi along with more than 40 party officials and declared a year-long state of emergency, everything has taken on a new urgency, including my work as a journalist.

I have been reporting around the clock as a freelance journalist for publications such as TIME, Al Jazeera, The Nation, The Globe and Mail, VICE News and Columbia Journalism Review in partnership with US-based freelance journalist, Emily Fishbein, who worked in Myanmar from 2015 to 2020. During the pandemic, we teamed up to write about armed conflict between the Arakan Army and Burmese military in my native Rakhine state, and we have been working together since.

As hundreds of thousands demonstrate and workers strike across every sector, the situation continues to intensify. On the weekend of 13-14 March, at least 51 people were fatally shot, bringing the total number of people killed by soldiers and police since the coup up to at least 126. According to The New York Times, more than a fifth of those killed have been teenagers.

More than 2,100 people have been arrested as of 13 March, according to the Assistance Association for Political Prisoners, and many of those arrested were seized from their homes at night without a warrant. At least 37 journalists have also been taken into custody, of whom 15 have not yet been released; some were beaten upon arrest while others have been forced to sign statements that they will cease reporting.

Five prominent Yangon-based media groups have had their licenses revoked and been banned from publishing on any platform, while the military has raided several media outlets, seizing computers, printers and data servers. The military is arbitrarily shutting down the internet and people, including me, are afraid to make phone calls in case the calls could be intercepted.

Living under an authoritarian state is all too familiar in Myanmar, which was run by a military junta from 1962 to 2011. During those years, we were surrounded by informers, the government heavily censored media, and SIM cards were kept prohibitively expensive (upwards of US$7,000 in 1998 and around US$625 in 2011), effectively cutting off our access to news and information.

In 2011, the military began a series of reforms, and in 2013, the price of SIM cards dropped hundredfold. I accessed the internet for the first time from my village in Rakhine, on the western coast, in 2014.

Myanmar held openly democratic elections in November 2015, bringing the National League for Democracy (NLD) to power. Nobel Peace Prize laureate Aung San Suu Kyi became the country’s de facto leader, and although the country was still under a 2008 military-drafted constitution allowing the civilian government and generals to share power, many expected that the NLD would counter the military’s influence and champion democracy and human rights.

Aung San Suu Kyi dashed expectations when she defended the military against charges of genocide for its treatment of the Rohingya at the International Court of Justice in 2019. Other ethnic groups in Myanmar, including my own Arakanese community (also called ethnic Rakhine), have also been bitterly disappointed by Aung San Suu Kyi’s failure to condemn human rights abuses that the Tatmadaw allegedly committed, including war crimes and crimes against humanity.

Instead, her government backed the Tatmadaw’s violent campaigns, blocked humanitarian access and, in parts of my home state and the neighbouring Chin state, imposed the world’s longest internet shutdown. Since 21 June 2019, government restrictions on the internet left more than 1 million people without effective access for 19 months.

The NLD government also cracked down on press freedom, especially in Rakhine, where it blocked independent media access to conflict-affected areas beginning in 2016, with the exception of pre-arranged reporting tours in which journalists were accompanied by government minders.

During the first four years of NLD’s term (2015-2018), 67 lawsuits were filed against journalists and media personnel. Of these, 31 were filed by the government; 11 by the military; and the rest by religious institutions, tycoons, employers, political parties, armed groups and others, according to a report in May 2020 by Yangon-based freedom of expression organisation Athan.

More than three dozen journalists were charged with defamation, while others were charged with supporting an unlawful association or alleged terrorist group when they reported on conflict between the Tatmadaw and ethnic armed organisations or interviewed their spokespersons.

In 2018, the government imprisoned Reuters journalists Wa Lone and Kyaw Soe Oo for possessing classified information which police had planted on them, while they were reporting on the massacre of 10 Rohingya in Rakhine. They spent more than 500 days behind bars before being released in May 2019 under a presidential amnesty.

While the NLD severely curtailed media freedoms, sinking back under military rule is far worse. Almost immediately, journalism became significantly more challenging and dangerous, and the obstacles and risks are increasing by the day.

On 27 February, I went out to observe the protests. After being tear-gassed, I ran away from authorities only to come face to face with a soldier. He pointed a gun at my friend and me, and said: “Back up, I don’t want to shoot you.” I backed up and immediately left the area.

What’s more, the social media landscape has changed dramatically. Facebook, which serves as the main source of news, information and communications in Myanmar, has long been used as a vehicle for hate speech and disinformation targeting ethnic minorities. After the military banned the platform on 4 February, users migrated to Twitter en masse. Two days later, the military banned Twitter as well, but users have continued to access both platforms using VPNs.

Since the coup, my Twitter followers jumped from around 400 to nearly 10,000 as of 14 March. I have not received any serious threats online, but I worry that malicious activity will increase; I have already seen a spike in trolling and disinformation on the platform.

Intermittent internet shutdowns have posed another major problem. While the hazards of social media are many, the lack of online access is even more dangerous. Unable to check reliable news sites or trusted sources to verify information, I have been calling my contact at a fact-checking civil society organisation for assistance. But now she sometimes replies that the group is unable to confidently make an assessment.

With arrests increasing, I have taken extensive precautions to protect myself. On the day of the coup,I wrote down important phone numbers in my notebook, using nicknames in case police confiscated it. Next, I deleted all contacts, audio files and messages from my phone. I began using VPNs to access the internet, and when I use phone data, I switch between four SIM cards to separate my personal communications, browsing history, and reporting work – a strategy I had also used when reporting on armed conflict in Rakhine.

It is now much harder to collect information as I do not trust anyone. When I go outside, I am constantly alert and carefully assessing my surroundings. Informers could be anywhere, and I often feel as though people are watching me, especially when I carry my camera. I don’t talk openly with taxi drivers, and I am guarded even with my closest friends and family. I avoid talking deeply about my feelings and personal information as well, because people could take advantage of my vulnerabilities.

I see journalism as a tool to solve problems, and I am particularly motivated to promote human rights and social justice. I aim for in-depth coverage which prioritises the inclusion of diverse voices and especially those who are vulnerable and marginalised, such as displaced people, ethnic minorities and those living in remote areas.

Covering under-reported stories during an emergency, I feel an extra sense of responsibility to document what is happening accurately, informatively and effectively. Despite the risks and pressures, I feel strongly motivated to persevere.

The most important thing is to share what is happening in Myanmar with the world. My country has already gone to the dark side, and if we don’t do anything, we may become trapped under military control for a long time. We need to end this situation and find our way to the light. Each of us has our own role to play. For me, that role is journalism.

As told to Emily Fishbein, Kyaw Hsan Hlaing’s reporting partner, on 14 February 2021. Last updated on 14 March 2021, hours after the military issued a directive to telecoms operators to shut down the internet indefinitely in the country. 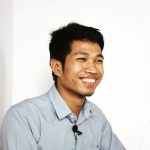 Kyaw Hsan Hlaing is an Arakanese student, researcher, and freelance journalist from Myanmar’s Rakhine state who focuses on peace, human rights; and social justice. He works to share on-the-ground situations of diverse people, especially marginalised and conflict-affected minorities, with the international community. 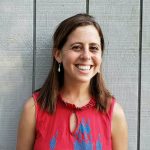 Emily Fishbein is an independent freelance journalist who worked in Myanmar from 2015 to 2020 and plans to return when she is able. She seeks to share diverse voices and perspectives, especially highlighting underreported stories. Prior to writing, she worked with refugees and displaced persons in Myanmar and the United States.