News The Correspondent Didier Saugy on why managin... 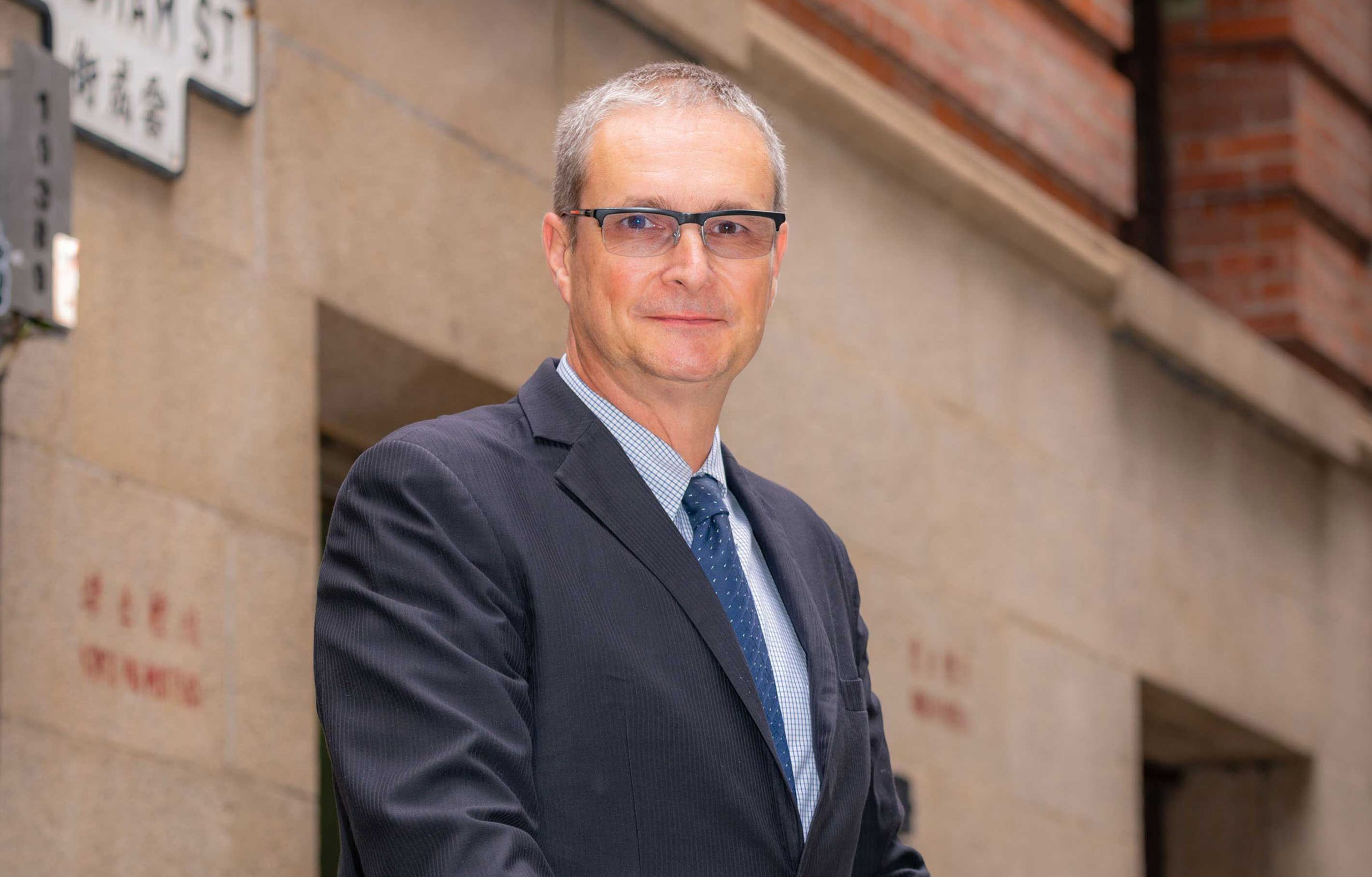 If a club such as the FCC can be run with military precision, then the new General Manager Didier Saugy is the right man for the job. Didier, who took over from Gilbert Cheng in August, is a Sergeant Major in the Swiss Army when he’s not working in the hospitality industry that he loves.

He comes to the Club from the Regal Airport Hotel, at Hong Kong International Airport. There he was director of food and beverage responsible for 170 staff, ballroom banquets for 1,000 diners, six restaurants, two bars and almost 1,200 rooms. So when asked how he feels about his new job so far it’s hardly surprising that he says: “Every time I come to work it is like fresh air to me.”

Didier and Gilbert worked together for a month in the transition period before Gilbert’s retirement, and Didier says: “He was very open during the changeover, we always had friendly conversation as if we’d known each other for 10 years. Even now, I just pick up the phone and call him if there’s something I need to ask. He has left the club in good shape, and was a very hands-on manager.”

I want us to make the effort, we are not green at the moment.

So far, what challenges has he faced as the new GM? He says: “My challenges are stuff like where to put the speakers in the upstairs dining room! This is an old building and it cannot support some of the equipment we need to install. “ 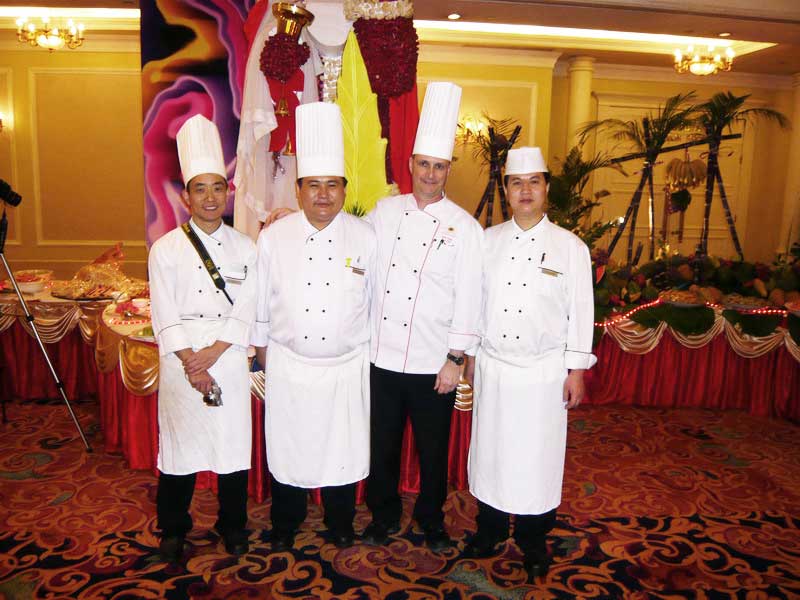 The kitchen team in Jinan.

He is also passionate about turning the FCC green. “I want us to make the effort, we are not green at the moment,” he says. “We are consulting organizations for advice, trying to get away from paper. We are talking about designing an app for the committees to use, and then members who are travelling can join in meetings wherever they are. I’d also like a digital wall as you walk into the main bar, but that costs money.”

Didier has never worked at a private club before, but he did own and run an auberge in Switzerland for four years near the beginning of his career. “It felt like a club, I built up a group of 300 or more regular customers and we were like a big family.”

He then spent a very happy six years as a chef in New Zealand, where he took citizenship and cooked for the Rolling Stones when they stayed at The Regent Hotel in Auckland, and for Joan Collins, Buzz Aldrin and The Eagles (“very nice humble men”) at the Centra Hotel in the city. He cooked for the Red Hot Chili Peppers too, even though they flew in their own chef from California. “He cooked one dish then disappeared,” Didier said.

I can’t remember the members’ names yet, but I do remember faces. The names will come later.

The more bizarre period of his career took place when he was Operations Manager for Zoos Victoria, responsible for feeding humans visiting their three establishments in the Australian state. This meant anything from catering a barbecue for 5,000 on the lawns of Melbourne Zoo, organizing a wedding in the seal enclosure, or serving VIP cocktails at the monkey house. 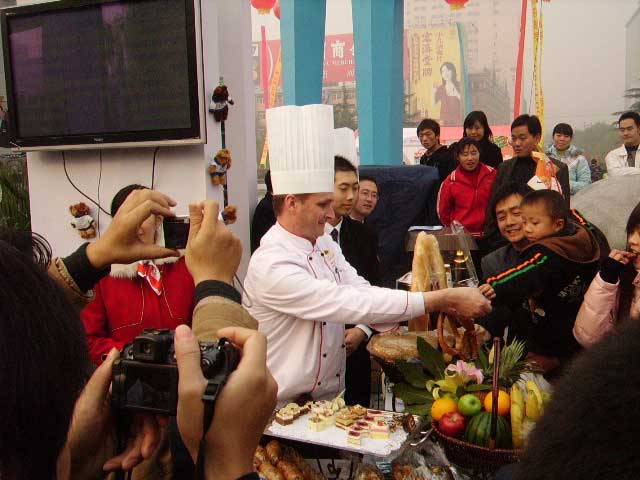 Meeting and greeting at the Sofitel Jinan.

Before his zoo adventure, Didier opened the Novotel Glen Waverley in Melbourne as executive chef, and after nine years in Oz left with Australian citizenship. Getting closer to Hong Kong, he worked at the Sofitel Silver Plaza in Jinan, then the Crowne Plaza Ma’anshan before coming here to work for the Novotel Century.

Glamming it up at a staff party in Hong Kong.

Didier and his wife, Summer Wu, have one son, Quentin, who has spent his entire three-and-a-half years living two minutes from the airport while his Dad worked at the Regal. On the day we meet for this interview it is Quentin’s first day at school. “My son was born in Hong Kong and I have lived here for nine years,” Didier says. “We have an apartment in Qingdao, which is a very nice city, and I go home to Switzerland once a year. But I love living here.”

Didier’s 100-day report was due to be presented to the board of governors as this magazine went to press. “It is a summary of what I have seen, who I have met, and what I would like to do,” he says.

So what are his first impressions of the FCC? “I find it very enjoyable to work here. In large hotels you become focused on marketing, but coming to this club is like going back to my roots, back to hospitality. I can’t remember the members’ names yet, but I do remember faces. The names will come later.”

Didier on teamwork and accountability

Since arriving at FCC, Didier has appointed Johnny Ma as the new executive chef and is now looking for an assistant banqueting manager to work alongside operations manager Anthony Ong and beverage manager Michael Chan. Of the new executive chef, he says: “He is used to big volume and fine dining. He knows the suppliers in Hong Kong, is flexible, and will bring new ideas to the Club.”

There will also be a marketing and communications person joining the Club. Didier says: “The team here is very good and they work well together. I like to empower people at work so they are accountable and have a good understanding of how they all fit together. I like to tell people that experience is the name we give to our mistakes.

“We have 100 staff now,” Didier says. “Twenty-seven are in the kitchen, 45 in service, and the rest are housekeeping and admin.” The housekeeping staff are the most difficult to recruit. “We need to be flexible with them,” Didier says. “If they are looking after grandchildren, then we need to make their hours work for them and us. We need them very early in the morning, so if they want to start at 5am, they should be able to; waiters and chefs are different, they need to be on duty when the members are here.” 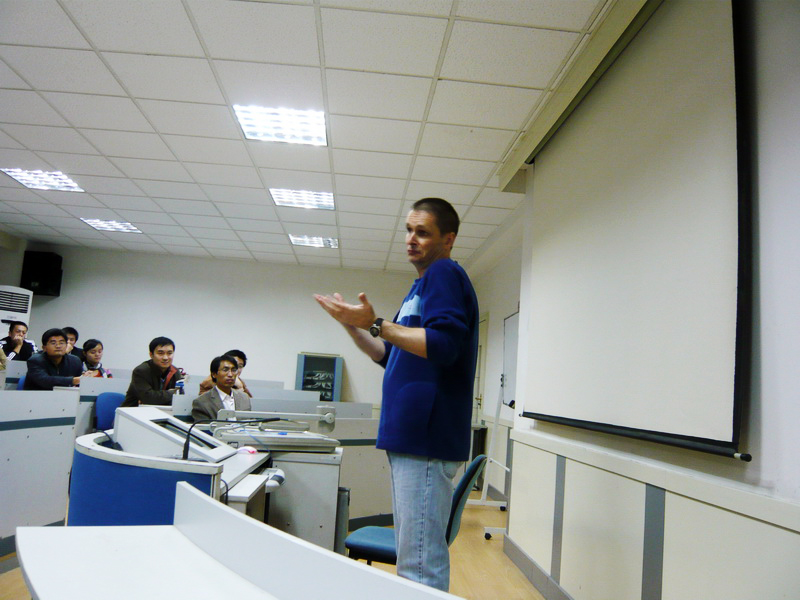 Didier talks to a class of MBA students in Jinan.
We measure site performance with cookies to improve performance.