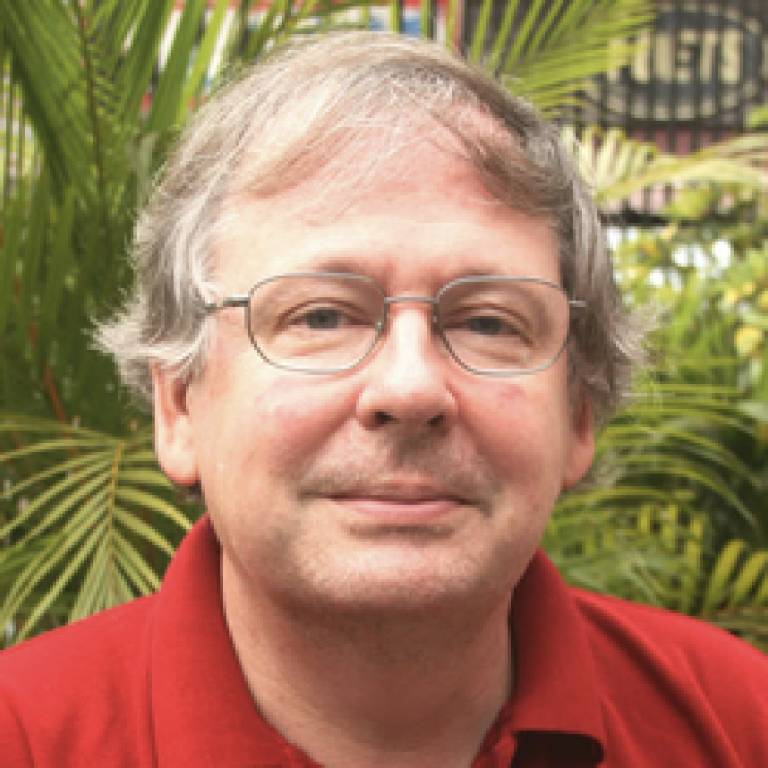 Robin Lynam died before he could complete his final assignment, which was slated to be the cover story for the April issue of The Correspondent.

Here, we publish his affectionate, witty, erudite musings on our club, which was more or less his second home.

Forty years on Ice House Street, given the FCC’s prior history of rather shorter tenancies, is quite a landmark. Even the celebrated years in our last home in Sutherland House numbered just 15, from 1968 until 1982, when the club formally re-opened in the current well-loved – and, let it be said, well cared-for – heritage building.

Of course, some of the heritage value of the North Block of the Old Dairy Farm Building derives from it being one of the few structures in Hong Kong of any antiquity yet to be demolished.

Quite a lot, though, has to do with what its walls have witnessed over the past four decades. The FCC has played a crucial role in the reporting of a historic era for both Hong Kong and mainland China.

I can’t quite claim to have been there from the beginning of that time. I was an occasional guest from not long after the opening until leaving Hong Kong for a while in 1987, finally signing up for membership in 1990. Still UK-based at that time, I had been making the most extensive use of visiting journalists’ privileges until then president Paul Bayfield pointed out that since I seemed to be using the Main Bar as a living room, I really ought to start paying some dues, and handed me a form. 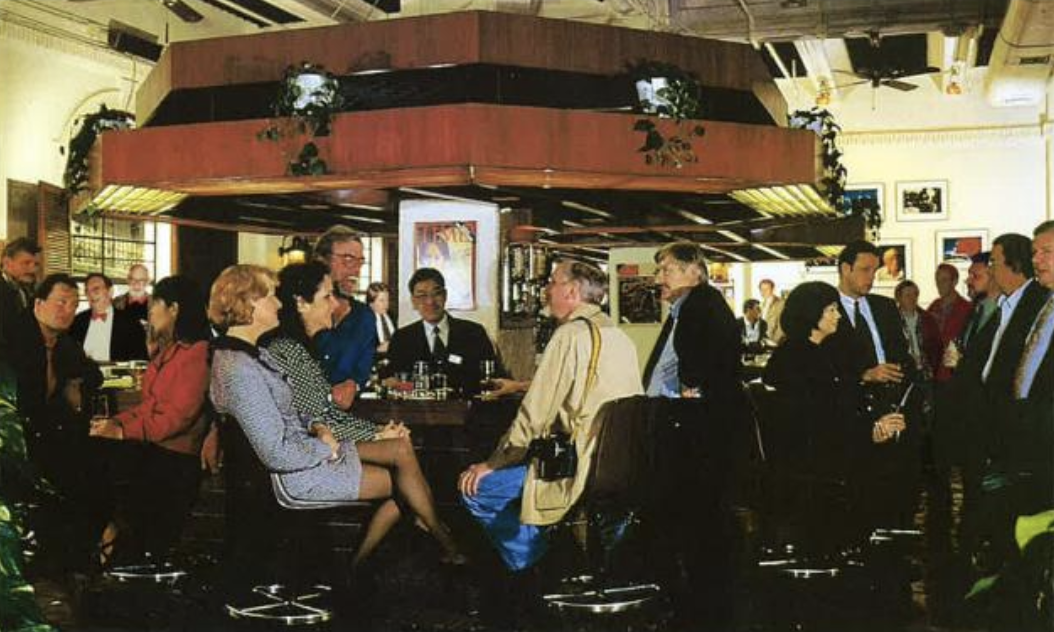 I can vividly remember my introduction to the Main Bar in 1982. The late Richard Hughes was still holding court at the Club Table, and I immediately loved that original solid timber bar in a way I have never quite warmed to the cracked veneer of its successor. For a lowly paid Hong Kong newcomer, however, this was clearly unaffordable, and for my first stint here I settled for the rather humbler Press Club in Wanchai, where quite a few FCC members also liked to slum it.

Members of the press covering Margaret Thatcher’s disastrous visit to Beijing and Hong Kong in 1982 flocked to the FCC, and it remained the meeting place for those covering the 1984 Sino-British Joint Declaration.

It was also a vital base for those covering the 1989 Tiananmen Square demonstrations, their suppression and the Hong Kong response. Steve Knipp’s photograph of the crowds on one side of the Hong Kong Football Club’s wall and the members sunning themselves on the other remains one of the most telling images of those sadly unforgettable days. It can still be seen on the pillar at the eastern end of the bar.

The club has always made a point of being well equipped with the hardware of news delivery, but throughout the 1980s and during the early 1990s it looked rather different to the technology we have today.

In the Main Bar, by the noticeboard where the computer monitors now stand, lurked a rank of teleprinters; and the basement, which then as now accommodated a workroom, was home to a broadcast telephone booth.

In those days the club had many more regular telephones and they were actually used for making calls rather than just standing next to while taking or making one with a mobile. Members were paged frequently – in some cases, it was suspected, by prior arrangement with their offices, to make them look busy.

A popular leisure facility in the basement during the 1980s also seen off by technological progress was the videotape lending library. 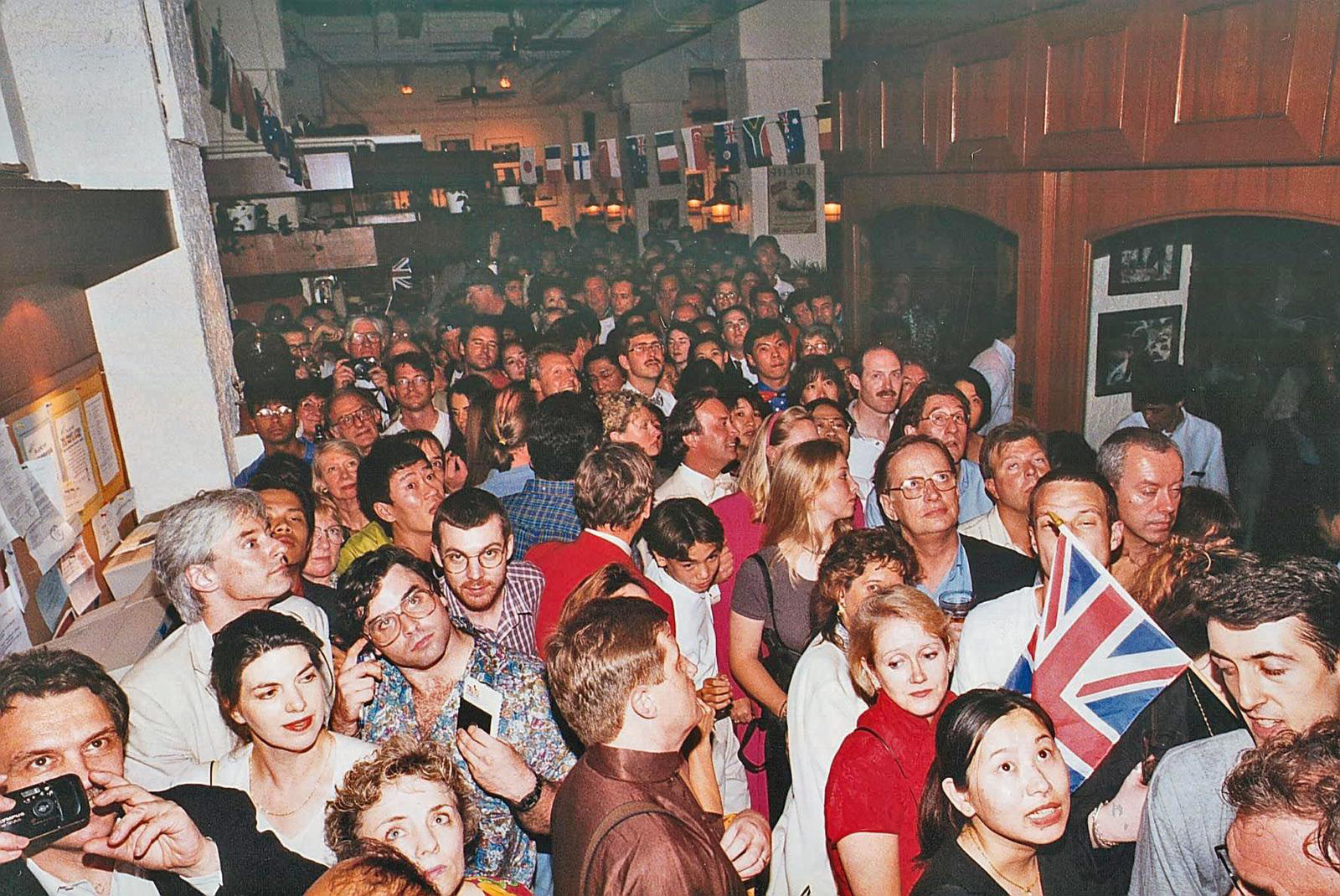 Of course, the big Hong Kong story for the 1990s was the run-up to the Handover, and the FCC was at the heart of things. For most of June 1997 the Main Bar was packed every night with the world’s highest profile foreign correspondents – and quite a few other famous faces besides.

Satirist PJ O’Rourke, who died earlier this year, was a ubiquitous presence, graciously signing books, addressing a club lunch and generally hanging out.

On one evening, former president Steven Vines was to be seen seated at the bar explaining to an apparently uncomprehending Jeremy Irons what a foreign correspondent’s job involved. Irons was taking the lead role in Chinese Box, a Wayne Wang film that naturally included scenes shot in the Main Bar.

On the actual night of the Handover, for those unable to stand in the rain outside the Hong Kong Convention and Exhibition Centre, there’s not much doubt that the FCC’s Handover party was the place to be.

The late 1990s saw the beginning of the most radical refurbishment job on the premises since the original North Block was converted for club use in 1982.

The first phases, instituted under president Hans Vriens, were relatively uncontroversial, although not everybody liked the reconfiguration of the Dining Room. But it was generally agreed that the club’s upper and basement levels were looking tired and needed some attention, and Bert’s jazz bar and the new workroom quickly became popular and well used facilities.

Under musical director Allen Youngblood, Bert’s has also made a notable contribution to the cultural life of Hong Kong, providing work and an opportunity to play original music for just about all the city’s noteworthy jazz musicians and quite a few artists in other genres.

On a slight tangent, the regularly changing photographic exhibitions on the Van Es Wall of the Main Bar can be viewed by members of the public, during designated hours, and under normal circumstances attract a healthy and curious crowd of art lovers – a few of whom are probably as curious about the famous bar itself as about the images on show.

The radical renovation of the Main Bar in the early 00s was the last of the major refurbishments – and not surprisingly the most controversial. Under president Thomas Crampton, refurbishment zeal was running at a high pitch, while more conservatively minded members felt equally strongly that the original design had nothing wrong with it and would have much preferred work restricted to such structural repairs as were necessary.

There were confrontations. I was out of town and missed most of them – coincidentally, on the day the wreckers moved in, I was having lunch in Paris with two ex-presidents, Keith Richburg and John Giannini. I’m not sorry I missed the unpleasantness.

I can’t honestly say I have anything like the affection for the new bar that I had for the old, but it still seems to impress visitors, and I’ve never introduced anybody to it who didn’t like it. Chacun à son goût.

Of all the services the FCC supplies to the community, perhaps the most vaunted is our speaker programme, which over the years has featured an extraordinary range of extraordinary people…

[The text ends here, although the rough notes below include the following anonymous quote, which the author may well have intended to use in his final paragraph: “The presence of the FCC and individual correspondents among us adds to the cosmopolitan character of Hong Kong, and enriches the quality of our mass media.”]