News The Correspondent For Joshua Wong and pro-dem... 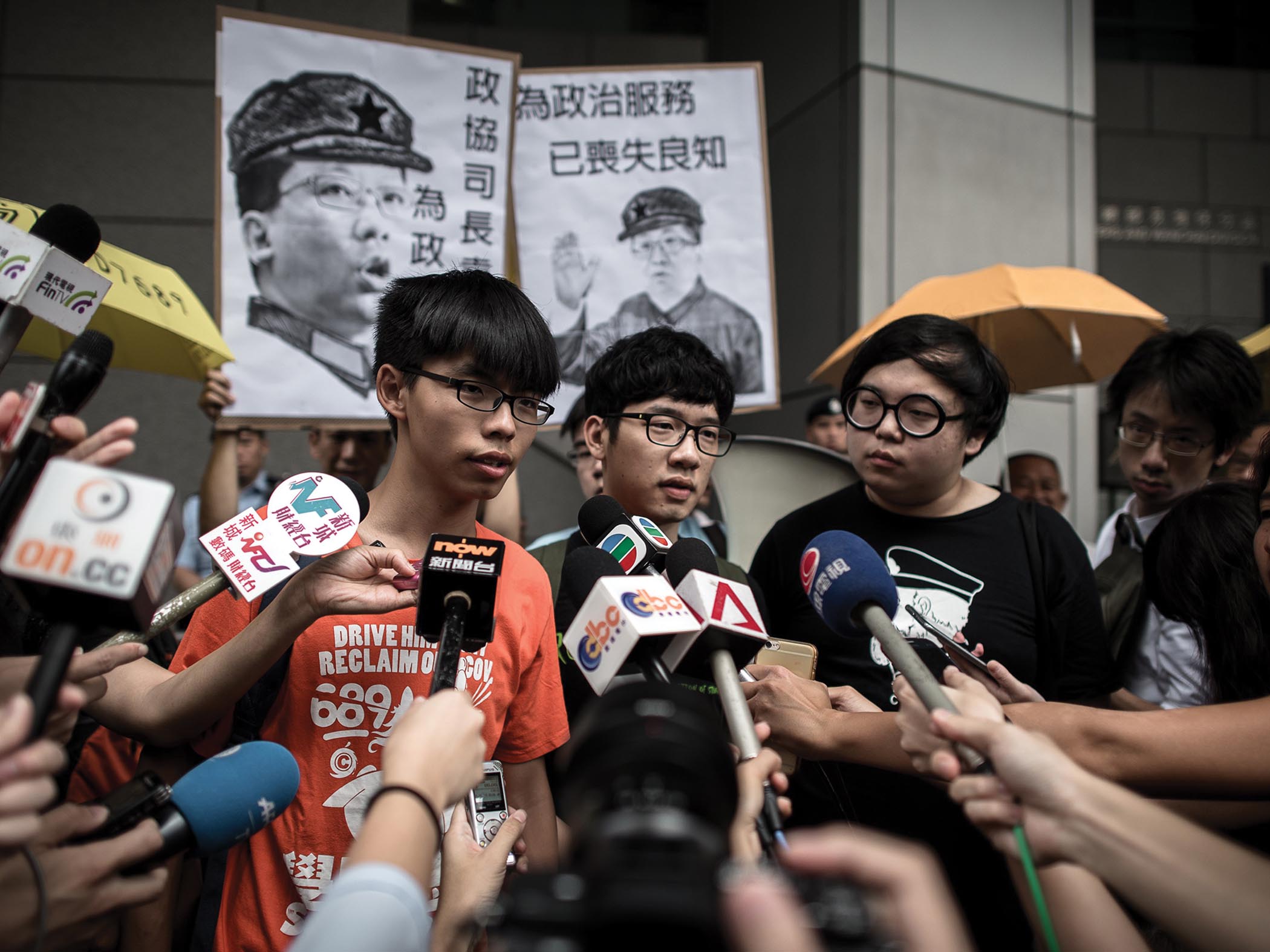 For Joshua Wong and pro-democracy activists, a rush of jail time

Student protesters were getting increasingly gun-shy as jail sentences were handed out during January. Even Joshua Wong, who was awaiting appeal for his previous conviction, was jailed for three months on a separate case.

Bailed democracy activists Joshua Wong (C) and Nathan Law (L) speak to the press after their arrival at the Court of Final Appeal for the first hearing in their bid to appeal their jail sentences in Hong Kong on November 7, 2017.

The judges in these cases seemed to take Henry Litton’s advice to heart when he had said that any charge that led to violence should result in jail time.

Earlier, when a still defiant Wong spoke at a press conference following his release on bail pending his appeal, he vowed to continue the “fight for greater democracy”, the SCMP reported. Last August, that meant 20,000 were out on the streets, now there are subdued handfuls.

Joshua Wong and Raphael Wong returned to prison — Raphael for four-and-a-half months — after being convicted of contempt for failing to comply with an injunction to clear the 2014 protest site in Mong Kok, HKFP reported. Another activist, Lester Shum, received a one-month sentence, suspended for 12 months, in addition to a HK$10,000 fine.

Some 17 other activists were also convicted of criminal intent. Joshua and Lester, along with nine others, pleaded guilty. Raphael Wong and eight others pleaded not guilty. The court found all 20 of them guilty in October. In December, four defendants were given 12-month suspended jail terms and fined HK$10,000 each. The other 13 defendants all received suspended jail sentences on January 17.

And there is more to come: Chief prosecutor David Leung has said additional legal action against more than 700 is being considered.

Separately, the VOA reported that the chairmen of the US Congressional Executive Commission on China said they planned to nominate Wong and the Umbrella Movement for the 2018 Nobel Peace Prize.