News The Correspondent Getting to Know the New Cla... 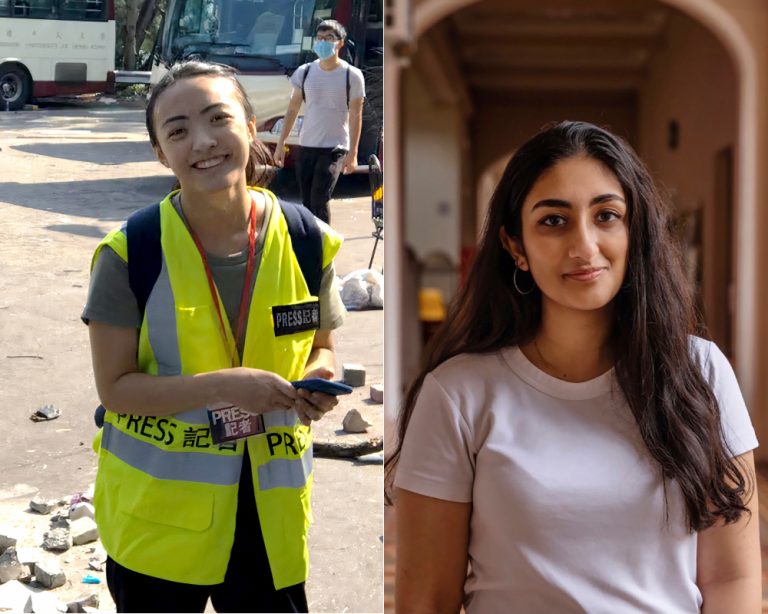 Getting to Know the New Clare Hollingworth Fellows

Chosen from a competitive pool of candidates, Hillary Leung and Amy Sood have been named the 2021-2022 Clare Hollingworth Fellows. Ed Peters shares their stories.

Somewhere in the dustier files of the British security services lies a report from early March 1939 on the activities of a fresh-faced 27-year-old who had graduated in Slavonic and Eastern European studies at University College London.

Clare Hollingworth – for it was she – was running the affairs of the British Committee for Refugees from Czechoslovakia in Katowice, western Poland, succouring Jews and other victims of the Nazi annexation of their native country.

Something about her behaviour ruffled feathers at MI5, and Hollingworth – who by June had sped several thousand refugees to safety – was eased out of the agency. Gravitating to Warsaw, she drifted into journalism, and the rest, as they say, is history.

Rather than “Second World War Starting Soonish” the Daily Telegraph headlined her bravura 29 August scoop “1,000 Tanks Massed on Polish Border.” She’d been taken on as a stringer three days earlier.

Hollingworth subsequently became the doyenne of foreign correspondents, and was a club member for more than 40 years. She died in 2017, aged 105. The FCC awards the Fellowship that bears her name annually to two early-career journalists or journalism school students in Hong Kong.

Hillary Leung: ‘Covering the protests was an exhilarating crash course’ 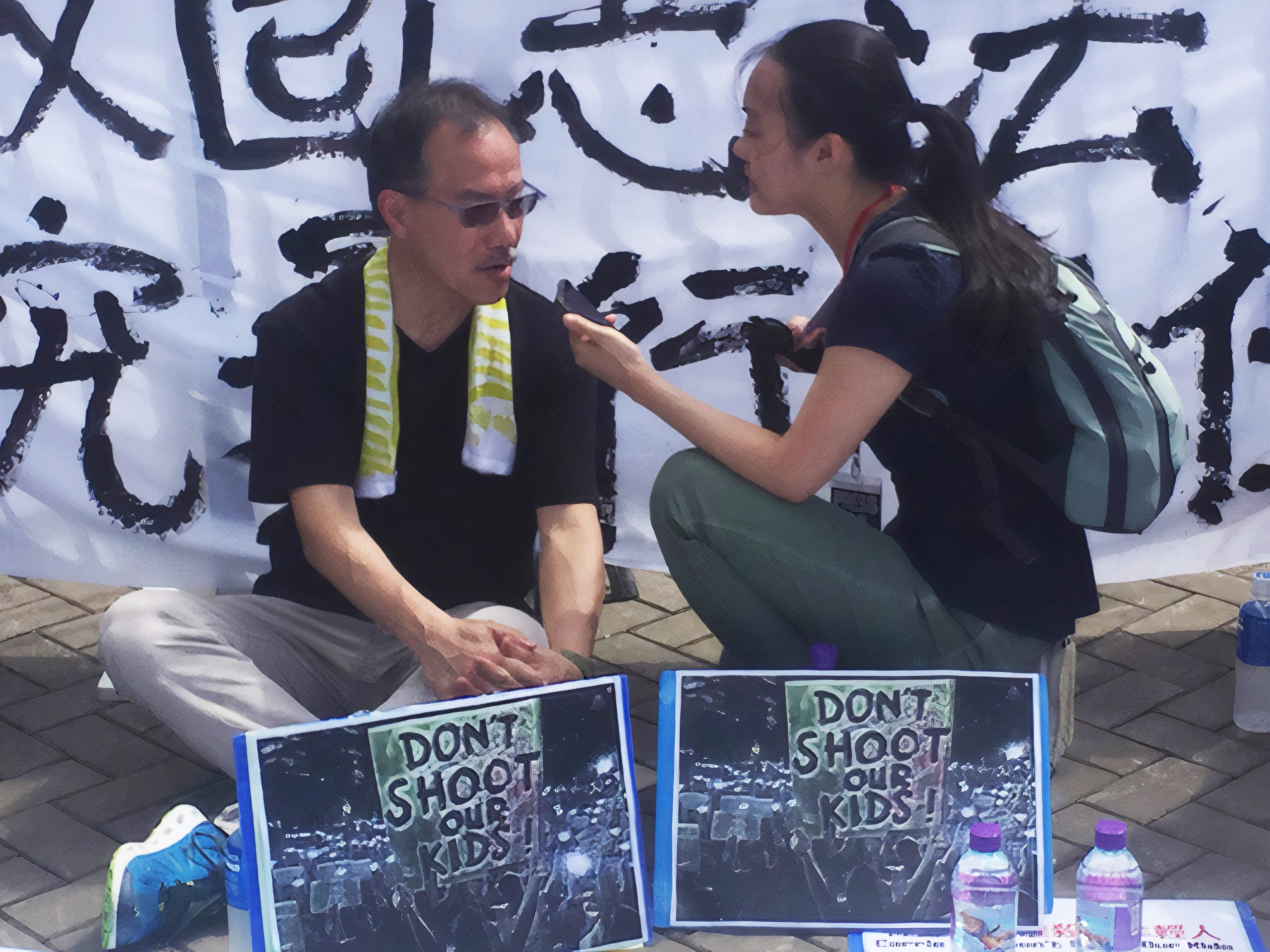 “It wasn’t until taking a feature writing class in my final semester at the University of Hong Kong that I realised I wanted to be a journalist,” says Leung, 26.

“I wrote two articles for the course, both of which were published by Hong Kong Free Press. I realised I loved the process of crafting features, from finding an angle to interviewing to brainstorming a colourful intro.”

Since graduating from university in 2017, Leung has picked up a wealth of journalistic experience in Hong Kong.

“When I started my first real job at TIME in February 2019, I was relatively new to reporting – my prior roles at news verification companies Storyful and Newsflare had honed my journalistic skills, but they were purely newsdesk jobs.”

The torrid events of the summer of 2019 served as a super-charged baptism of fire. “Covering the protests four months into my first reporting gig was an exhilarating crash-course against the backdrop of a rapidly changing Hong Kong – I felt incredibly privileged to be reporting on a major political event for one of the world’s most renowned media organisations,” she says.

And in September that year Leung pulled off a truly spectacular splash. She recalls: “While scouring forums for story ideas, I noticed some buzz around what protesters were calling their new anthem – ‘Glory to Hong Kong’. I pitched the story at a morning meeting and by mid-afternoon had found the composer – just identified as ‘Thomas’ in the credits – after some extreme internet stalking.

The feature, the first about the song (which later went viral) went up the next day. “My interview was widely cited by outlets that hadn’t picked up the story yet, from Apple Daily to Radio Free Asia. That felt quite surreal. I was always looking to pick up information from other outlets – but now they were looking to me.”

Leung is now an associate editor at the news and lifestyle site, Coconuts. “I lead coverage of everything from politics to social issues to lifestyle – I’m lucky to have plenty of autonomy, so between handling news and social media, the features I produce really reflect my reporting interests,” she says.

Born and raised in Hong Kong, Leung feels driven to tell nuanced stories about the city’s colours and complexities. “My pieces, including one about the gentrification of a blue-collar neighbourhood, and another on how local politics interfered with a Black Lives Matter protest, mirror that aim.”

Amy Sood: ‘My passion is telling stories from this region’ 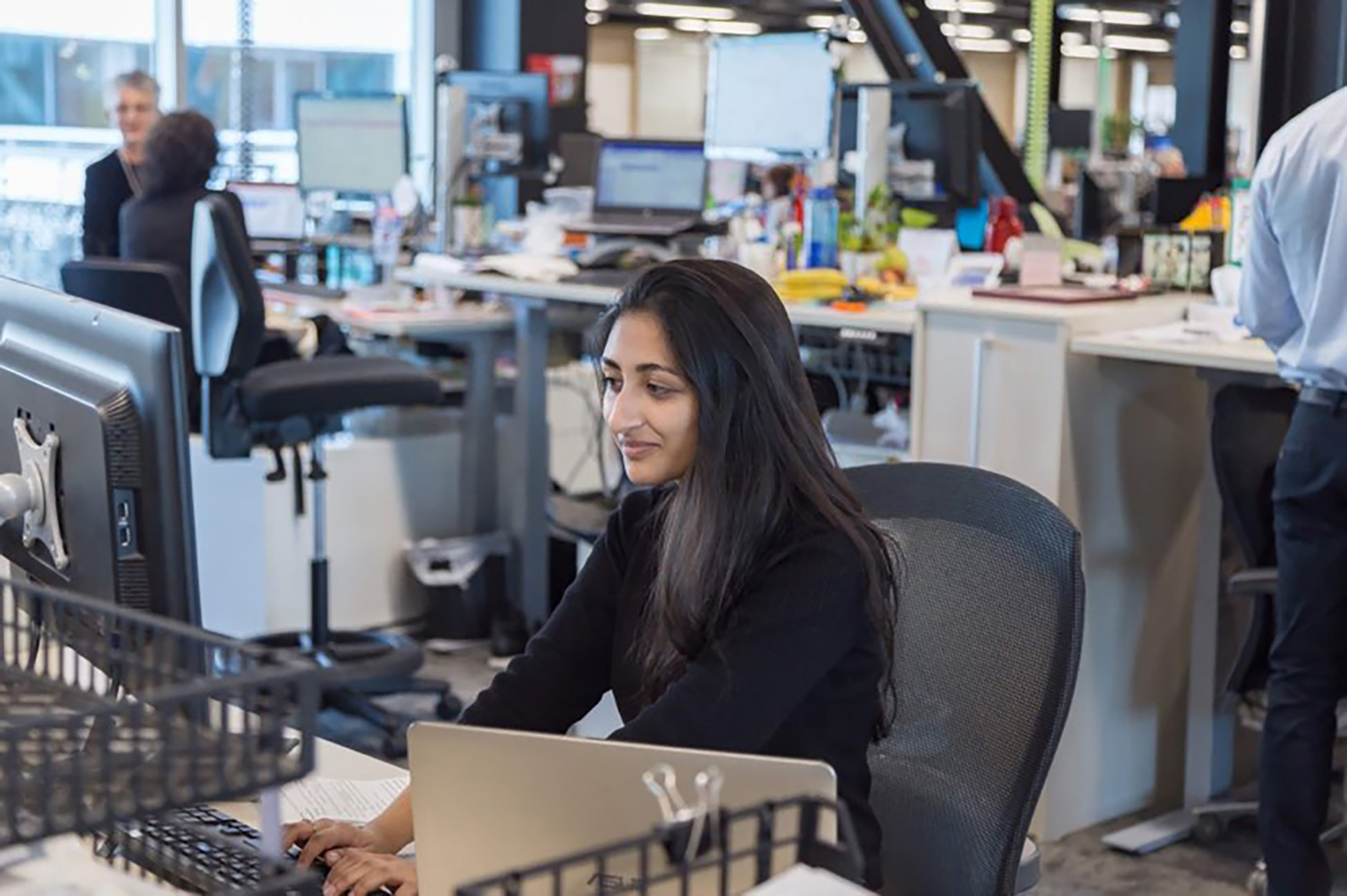 Amy Sood currently works at AFP’s fact-checking desk, where she has the monumental task of monitoring misinformation across the region with a focus on India and Indonesia.

Born in India, she moved to Bandung in Java while still a youngster and later went to New Zealand to study English, Media and Communication, at the University of Canterbury. An interest in journalism took hold when she and fellow students started a digital magazine called Scroll, which published stories written by young people from across the country.

“After a stint as a production editor, I decided to return to Asia to pursue a career in journalism – believing that my passion was in telling stories from the region,” says the 22-year-old.

“I enrolled in a master’s of journalism at the University of Hong Kong, thinking that the city offered a great vantage point to cover stories across Asia.”

However COVID-19 scuppered Amy’s travel plans and she had to do the first semester of the programme online. “Every cloud has a silver lining. It was a unique opportunity to pitch and work on projects about Indonesia – looking into important social issues in the country,” she says.

“One project I really enjoyed was creating a video package about a home library which gave orphans and underprivileged children in the community access to education.”

After graduating, Amy first interned at AFP’s fact-checking and video desks, and then moved to a second internship with NBC News, covering India’s COVID-19 crisis. She also did a stint at CNN, where she reported on stories from across the region.

“I think one of my favourites was a feature on India’s illegal dowry customs and the implications it has on families throughout the country,” she says.

Now back at AFP, Amy hopes to improve her skills as a journalist to help shine a light on social issues in Asia that might otherwise remain under the radar.

Last year’s Fellows, Jennifer Creery and Tiffany Liang, have both moved on to greater things. Creery reported that among other projects she is working on a podcast for NüVoices, a platform spotlighting women and minorities in China, while Liang is currently freelancing.