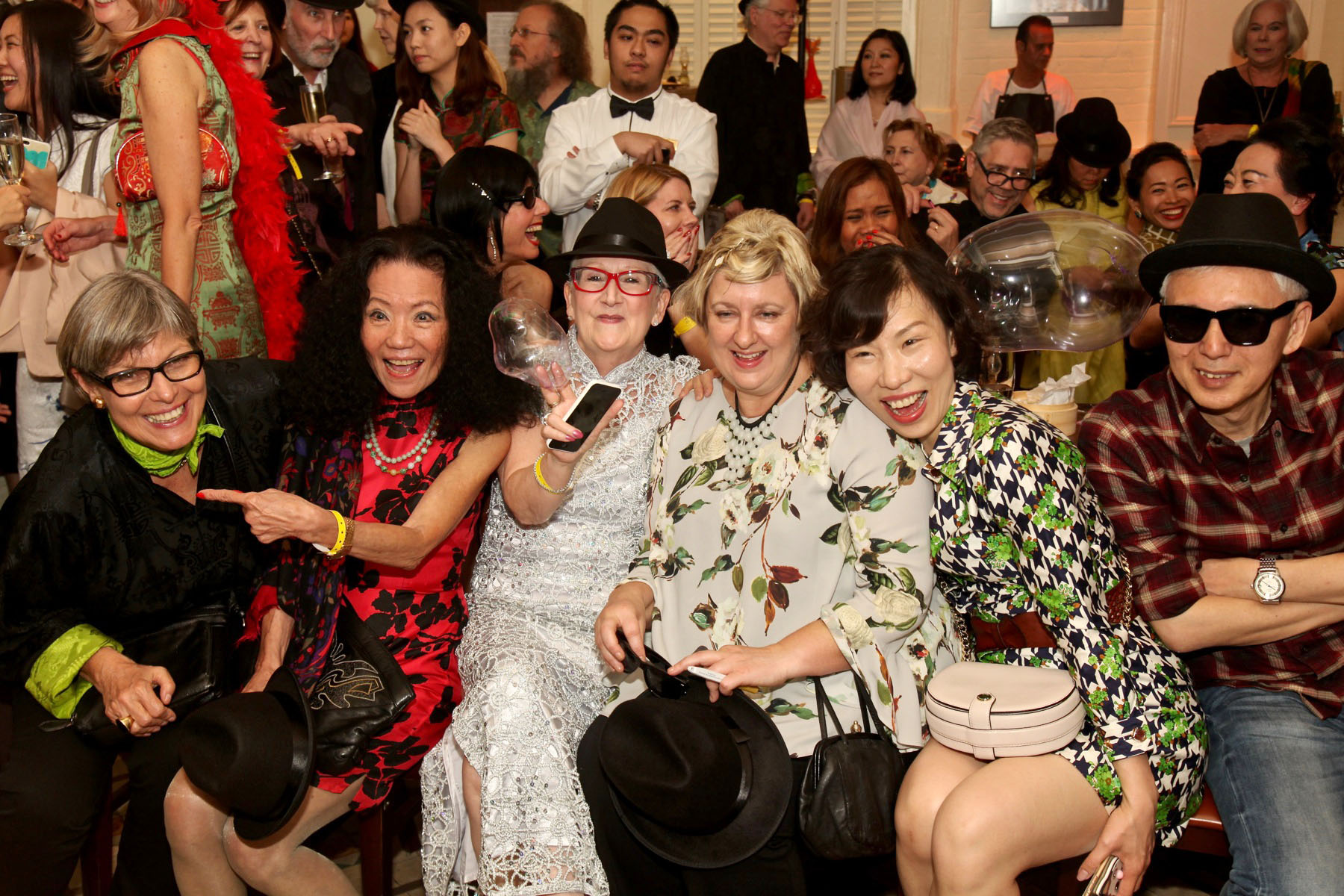 Hong Kong Remembers: An unforgettable night for a good cause

The FCC Charity Committee went into overdrive to plan and execute the first of many events aimed at benefitting smaller, lesser-known charities which can all too easily fall between the cracks in Hong Kong.

A lot of people came up and said ‘You should do this at least twice a year’,” said FCC Second Vice President Tim Huxley a few days after the Hong Kong Remembers party. “Obviously they were people who weren’t on the Charity Committee.”

Indeed not. A lot of hard work went into the fun. The Charity Committee, of which Tim and Elaine Pickering are co-convenors, had only about two and a half months to put together, as it was billed, “An Evening of Music, Nostalgia & Entertainment in Aid of The China Coast Community”.

It required a transformation in the appearance of all the F&B venues and function rooms, as well as  laying on three separate buffets and an evening long entertainment programme running concurrently on all three levels.

The evening was an important event for the club. It brought members back together after a few difficult weeks during which the Main Bar had been closed for renovation. It also marked a resumption of active involvement in charity fundraising, following the decision of the organizers of the former FCC Charity Ball to make a change of address to the Hong Kong Rugby Union.

This however, Tim stressed, was something different and intended to mark the first step towards establishing a programme of community outreach initiatives in support of a raft of causes.

“There was a desire to have something not based so much on an individual event, but to develop a longer term sustainable approach to our role in the community and utilise all the talents that exist in the FCC,” he said.

“We were particularly keen to focus on areas where people risk falling between the cracks, and geriatric care is one of those – particularly for people who are not native Cantonese speakers, but who are going to be here long term. And that’s an increasing number of people. We went and looked at the China Coast Community when we were looking at how to start our initial fundraising for this year. Later on we’d like to expand this into other areas.”

As a first step though, rather than simply write a cheque to the charity, it was determined that an achievable target should be identified. This was to replace the home’s existing beds with surgical ones – a significant and tangible improvement in quality of life for both the residents and their care givers – and to provide occupational therapy services.

Scroll down for our photo gallery from the night

The way the second objective has been achieved, Tim said, is a model of the way the Charity Committee would like future FCC community outreach to work. Through a member of the committee’s connections, arrangements are being made for Hong Kong Polytechnic University final year Occupational Therapy students to take up placements with the China Coast Community.

“We were able to cover that one through connections of the club. Absolutely brilliant and absolutely what we wanted to do,” said Tim.

To raise money for the beds, the party was organised, in short order by, in Tim’s words, “that force of nature, Elaine Pickering”.

“It was all volunteers. She managed that committee with military precision, deciding who was delegated to do what, and they all went out and did it. Everybody was very enthusiastic about the cause and the event. There was a great team of people on the committee, and the staff were really behind it.”

Almost exactly 20 years after The Godown closed, the night’s jazzier performers recreated the atmosphere of its heyday. The Main Bar, with a Disco theme, became the 1970s Peninsula nightclub, The Scene, and the Verandah got a dai pai dong makeover as a hawker food area – although not all elements of decoration for that were Colin’s idea.

“The rubber mice and cockroaches that you saw in Hawker Street were Chef George’s idea. He turned up at a charity meeting with a plastic bag full of rubber mice and we thought ‘Yeah, that’s different’,” Tim recalls.

Members and the companies and organisations they work for or run were more than generous in donating goods and services, including all the prizes in  the raffle – for which all the tickets were sold – and lots for the silent auction. There isn’t space to name them all here, but you can find all 89 listed in the back of the programme and on page 32 of this magazine.

The musicians who perform regularly at the club also rallied round, and there were fine performances from The FCC All Stars, Miriam Ma & Hippogroove, Crimes Against Pop, and The Red Stripes, all in suitably nostalgic mode, not to mention  a pipa recital and very popular impromptu lessons in swing dancing. The dancers have also volunteered to perform at the China Coast Community, very much in the spirit of the evening.

There was some more poignant nostalgia as well. A screen in the Hughes Room – sorry, Luk Kwok Hotel – was playing a digital image gallery of photographs of FCC members accumulated by The Correspondent, and curated at Elaine’s suggestion by Terry Duckham.  Quite a few of us watching that were reminded not only of past times, other parties and of our younger selves, but of  many absent friends gone too soon – to reconvene, let us hope, at a celestial Main Bar.

Much of the success of the nostalgia theme can be attributed to so many members getting so much into the spirit of the evening in putting together their costumes.

We had rival air crews from Cathay Pacific and Pan Am, cheongsams and safari suits, hawkers and sampan ladies, all manner of colonial era headgear, and any number of ludicrous wigs.

The results? Apart from the enjoyment of the entertainment, the company and some great food from the kitchen, the evening raised more than HK$200,000. But that was not, as Tim – or for that night CX Captain Huxley – points out, the only important achievement.

“We threw open the club to a lot of members who maybe don’t come here that often, and to a lot of guests who came here and said ’Wow!’ At the same time we achieved our target of getting most of those beds sorted out, and the occupational therapy, and raising awareness. So it was a celebration of Hong Kong, and of the FCC, and of doing a bit of good. You can’t ask for more.”