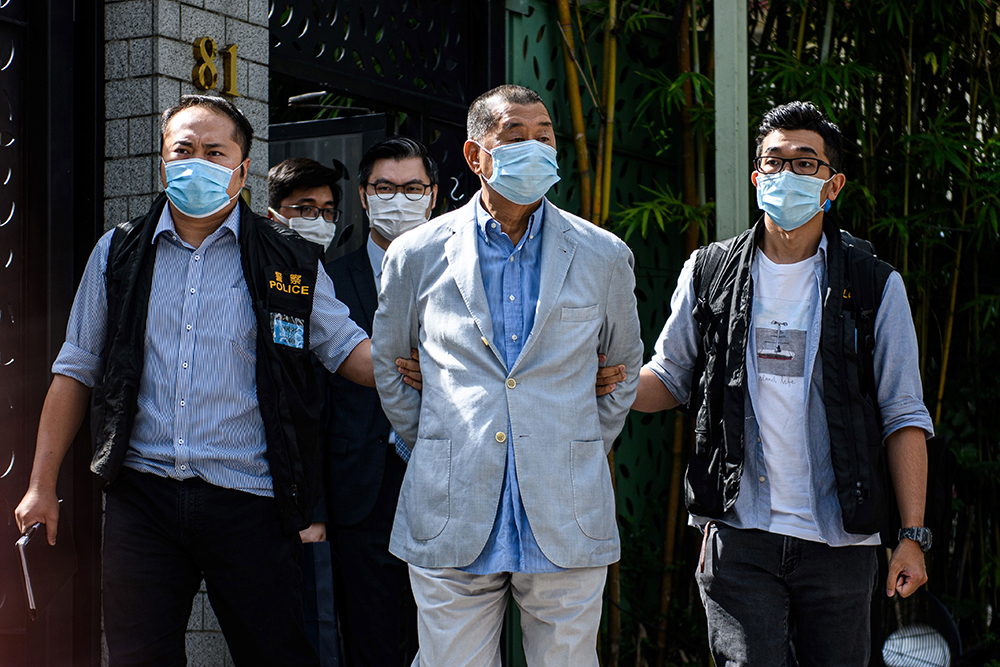 As soon as the government enacted the national security law on 30 June, the rules changed for Hong Kong journalists. Kate Springer discusses the potential implications with legal and journalism experts. 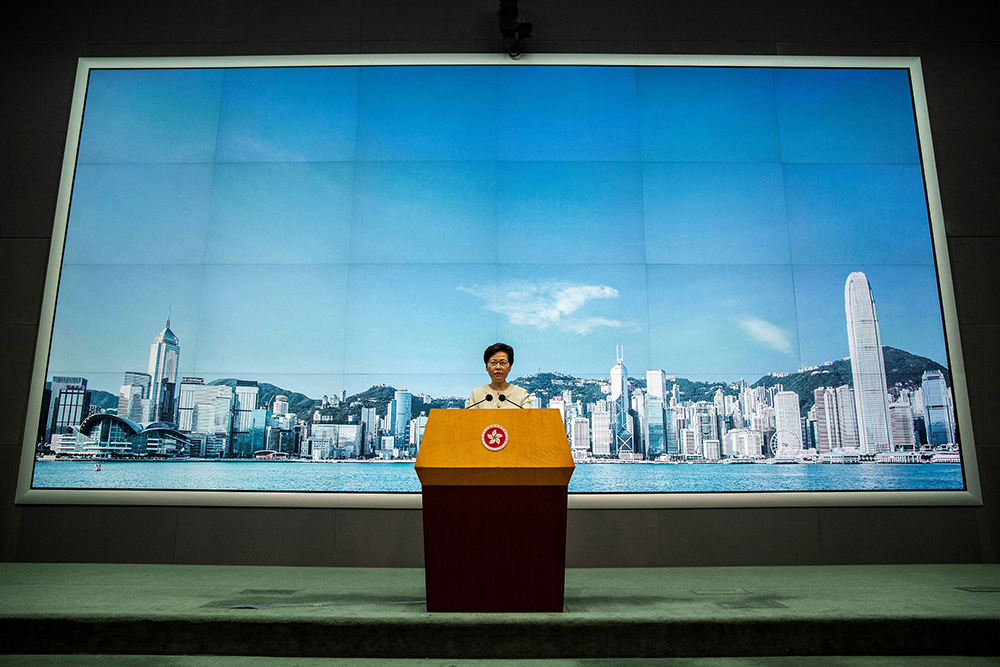 When the Chinese Standing Committee of the National People’s Congress enacted the Hong Kong national security law on 30 June, the city changed overnight. The far-reaching law criminalises “terrorist activities”, “secession”, “subversion”, “collusion” with foreign entities and inciting “hatred among Hong Kong residents” towards the local or central government – not just in Hong Kong, but anywhere in the world. The law, however, does not define these crimes, leaving room for interpretation by authorities and the courts.

Despite assurances in Article 4 that “freedoms of speech, of the press, of publication” will be safeguarded, many journalists and news agencies remain concerned. There is good reason to worry: For starters, the law states that the government will take greater measures to regulate and manage the media, as well as “promote national security education” in the media.

In addition, the government could require journalists to relinquish sensitive material, if it relates to an investigation under the new law. It remains unclear if journalists can interview pro-democracy voices, criticise the law or print offending slogans. On 7 July, the FCC hosted a panel with veteran journalists and legal experts to hear their thoughts on the national security law (NSL).

From the high-profile arrest of Jimmy Lai to mass disqualification of pro-democracy lawmakers and unexplained delays in granting journalist visas, a lot has changed since then. In mid-August, we invited the panelists to revisit the conversation at the FCC.

Before we kick this off, can you introduce yourselves?

Sharron Fast: I’m a lecturer in media law and the deputy director of the Master of Journalism programme at the Journalism and Media Studies Centre (JMSC) at The University of Hong Kong (HKU). I also teach in the Faculty of Law at HKU.

Keith Richburg: I’m the director of the JMSC, HKU’s school of journalism. I’m also a longtime FCC member and a board member.

What does the NSL say about journalism?

SF: If we look at Articles 9 and 10, the law says the Hong Kong government has a duty to ensure that mechanisms are put in place to promote the national security law through the media. That is sounding dangerously like propaganda. It doesn’t mean a free press – it means that the government will ensure that the media gets the coverage ‘right’.

AD: I’d also highlight Article 54, which has caused grave concern. The article says the government will ‘strengthen the management’ of foreign media, international organisations and NGOs. There’s a great deal of uncertainty over what that will mean. But it is certainly ominous.

How are you feeling about the law at the moment?

KR: Some [decisions] have given me more optimism. For example, the law didn’t provide any presumption of bail, but Jimmy Lai was released on bail. Others have made me more pessimistic. Sending about 200 police officers into the Apple Daily newsroom [on 10 August] was a shocking trampling on press freedom. I’ve covered the Middle East and authoritarian governments in Africa, and I don’t recall seeing police search a critical newsroom like that.

AD: And then lying about it after the fact. They claimed not to have searched news materials when there’s footage of police rifling through journalists’ desks. That’s troubling.

KR: When the FCC put out a statement criticising the raid at Apple Daily and the arrest of Jimmy Lai, they accused us of ‘smearing’ the national security law. They’re implying that even being critical of the law could itself be a violation. That tramples on free speech. I may have to obey the law, but it is still my right to criticise it. 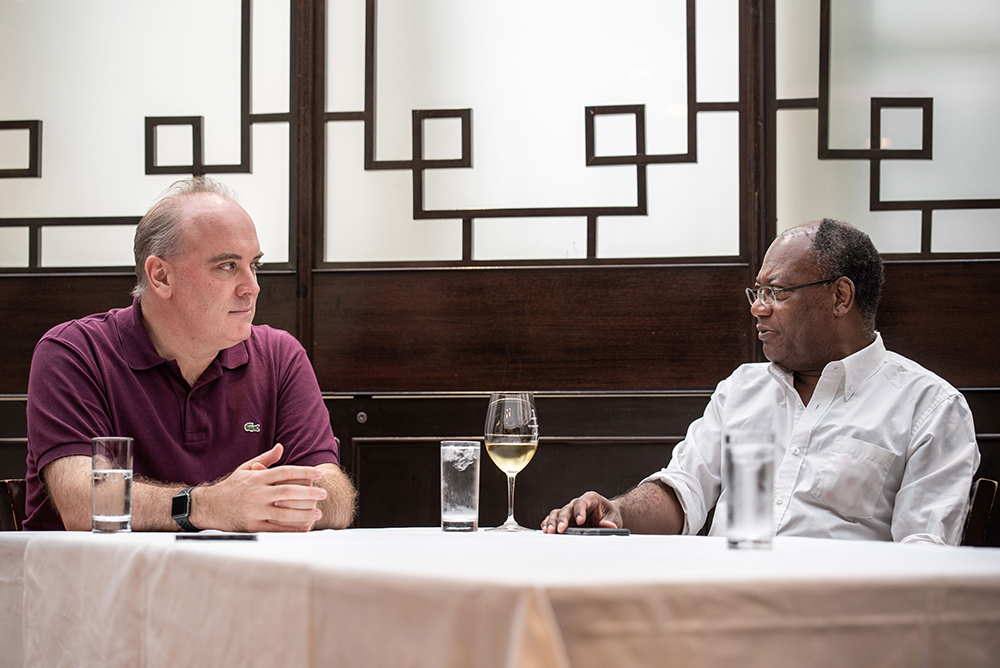 Antony Dapiran (left) and Keith Richburg (right) discuss the implications of the national security law at the FCC on 15 August, 2020. PHOTO: BEN MARANS

August 10 was a sad day for the Hong Kong press. What stood out to you?

SF: We had many sharp shocks that Monday. Around 7 a.m., Jimmy Lai is being arrested. By 10 a.m., the police are entering Next Digital [the publisher of Apple Daily]. Then quietly, news breaks about the immigration situation – people start noticing changes to foreign visa applications. Then we hear about changes to directorships of broadcast news. It was just layer after layer. These weren’t coincidences – every single thing that happened that day is part of creating an atmosphere of fear.

KR: Let’s not forget, the week before, it seemed like politicians had their day. The government disqualified [a dozen] politicians and cancelled the elections entirely.

SF: We have everyone from politicians to video journalists to media executives being targeted… If I look at someone like [freelance journalist and activist] Wilson Li versus [media mogul] Jimmy Lai, it’s clear that this law is an ‘all creatures great and small’ kind of instrument.

AD: It has a calculated chilling effect. I think you’re right – the point they want to make is that anyone is at risk.

KR: I’m speculating a little bit here, but I don’t think their intention is to conduct mass arrests in Hong Kong. With these targeted arrests, they can scare a lot more people.

You know, the old Chinese saying, sha ji xia hou (殺雞儆猴), which means, ‘You kill the chicken to scare the monkey’. That raid on Apple Daily, disqualifying candidates and picking up young students… that’s just killing a few chickens. But all of us monkeys are thinking, ‘Wow, I don’t want to be like that chicken. Maybe I better fall in line.’

How could the law pose problems for journalists?

KR: Personally, I write a lot of op-eds these days. I think it’s still okay to address what’s happening here and offer my interpretations, but I am going to be more cautious about calling on world powers to do anything. That could be interpreted as ‘inciting foreign intervention’.

SF: Anything is possible with this law. Let’s talk about Article 20 on secession, which includes participation as part of the offence. But what is participating in secession? It’s undefined, unclear. Does this include interviewing [a pro-democracy or pro-independence activist]? Are you an accessory if you give them a platform?

KR: We have already seen an increase in self-censorship across some media outlets. And here at the FCC, we do a lot of events and Zoom panels. We have a lot of debates about who to have on, as we have gotten in trouble in the past.

SF: Yes, and the law is unclear [about what it means to advocate secession]. Normally, under Common Law, you would need to prove intent. But the national security law is crafted to be very purposive, meaning that the purpose of the accused individual is presumed. For example, a person will be assumed to have the intention to advocate secession by displaying a flag imprinted with the phrase ‘HK Independence’.

What if a reporter obtains documents that could be considered ‘state secrets’?

KR: Let’s hypothesise: A police officer is upset about police brutality and has some internal documents to prove that the department buried an investigation. The whistleblower passes the documents to a reporter who writes a story. Now, I would imagine the top brass might accuse that reporter of possessing ‘national security documents’ and ‘fomenting unlawful hatred’. What liability would that journalist have?

SF: I think direct [liability]. You might have to publish it overseas. There are no sunshine laws [freedom of information laws in the US that require federal bodies to disclose information]. And, whereas in the US, you can go after the leaker but not the reporter, that won’t stand here.

AD: There would also be pressure on the media to reveal the identity of the leaker. Just saying, ‘I can’t reveal my sources’ is going to be a difficult argument. 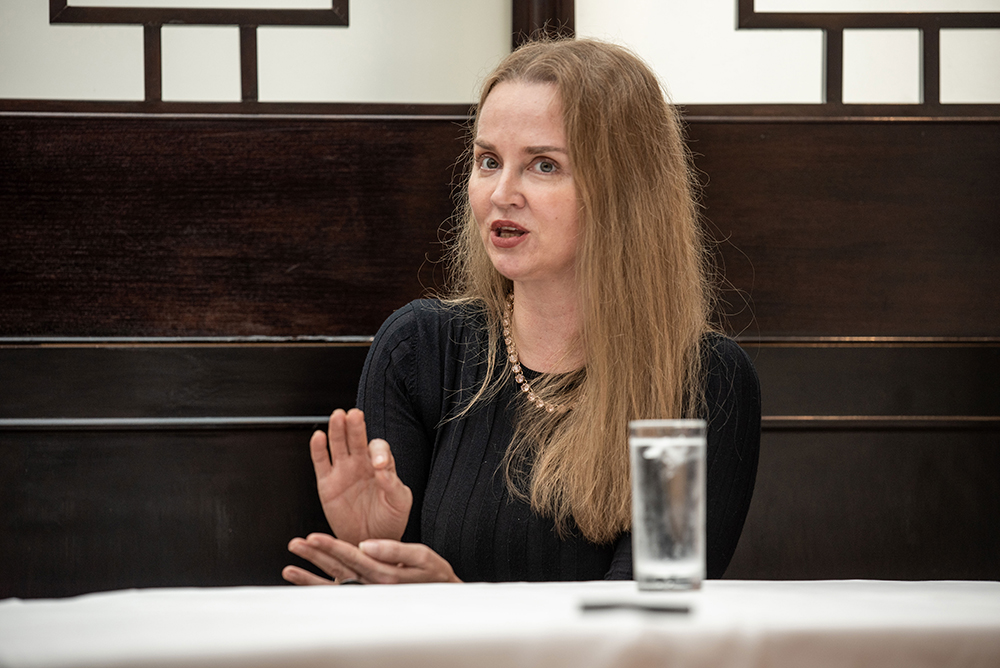 KR: I worked in mainland China as a correspondent for The Washington Post [from 2009 to 2013]. They had this idea of collective punishment. For example, I was invited on a government-sponsored trip to Tibet. At the last minute, they said there was no space for me because The Post had written an editorial criticising what was happening in Xinjiang.

Even though I had nothing to do with it, they said: ‘Yes, but you are The Washington Post’s person in China. So you are responsible.’ So what happens if Nathan Law or Jimmy Lai writes an op-ed that appears in The New York Times or The Washington Post in the US? Since they can’t get to the reporter overseas, would they punish the bureaus here? All we have to go on is how they do it in China.

AD: True, but even though it is hard to report in China, we still see excellent journalism coming out of the country.

KR: Absolutely. China is one of the most restrictive places for journalists in the world. It ranks 177 out of 180 countries, according to Reporters Without Borders. But there’s good journalism being done if you look at Caixin, Southern Weekend, Sixth Tone, The New York Times’ Xinjiang papers…

AD: In Hong Kong, journalists will need to be more careful. They will need to learn from how journalists operate in other countries, like in Thailand, where you can’t criticise the military or the monarchy.

KR: Even in Myanmar, there’s good reporting. It takes brave journalists, brave editors, brave websites that are still going to print this stuff. At the same time, we need to pay attention and start to learn where the red lines are – and know that they will always be shifting.

SF: The lengths to which authorities will go to in order to ensnare journalists are still unknown. Right now, everyone’s thinking about legal advice, encryption, using Signal – doing everything possible to keep the forensics clean.

KR: Journalists will figure it out. They have to learn how to navigate the new rules, protect their sources, data and notebooks. We can’t just pretend things are the way they were before. You may have to use burner cell phones, VPNs, remember your interviews instead of taking notes, and assume you’re being surveilled.

AD: That is a good point. The law has a whole raft of mechanisms that can compel people to provide documents and answer questions. So the way journalists record and safeguard their data is going to be important.

Do you think press freedom is dead in Hong Kong?

KR: Press freedom is dead, in terms of being protected by law. That said, I believe press freedom will survive because of the bravery of journalists, who get out there and report.

SF: There is definitely still a pulse. We have a great new cohort at HKU this year. Our students are extremely interested in reporting here; this attempt to extinguish press freedom and free expression is the biggest story in the world right now. It is the story of their generation.

AD: And certainly, I was heartened by the public’s reaction to Apple Daily and all the outpouring of support they’ve seen since the arrests and newsroom raid. That shows how important press freedom is to the people of Hong Kong.

Read the law in full here.