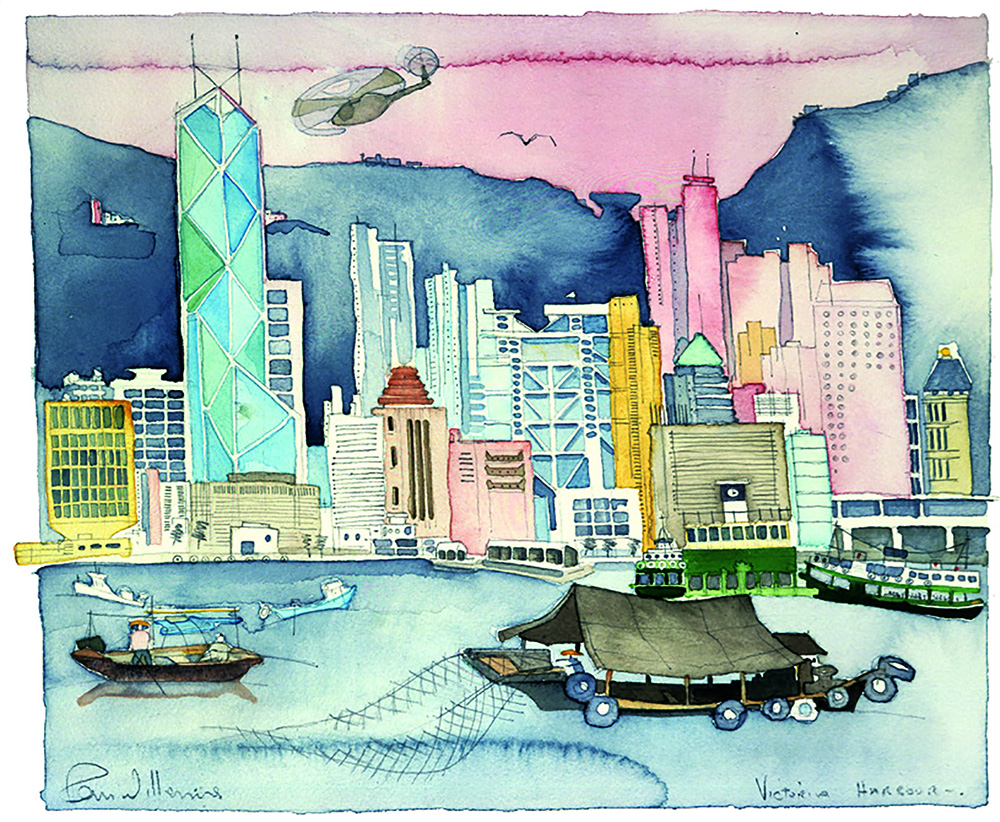 Hong Kong’s story, one sketch at a time (and a few of the FCC)

When artist Pam Williams first came to Hong Kong in 1996, she was armed with a sketchbook and a fax machine to record the build-up to the handover. Now she’s back and drawing daily life around the city and at the Club. Here she tells her story.

A chance to visit Hong Kong from the London studio sounded ideal. 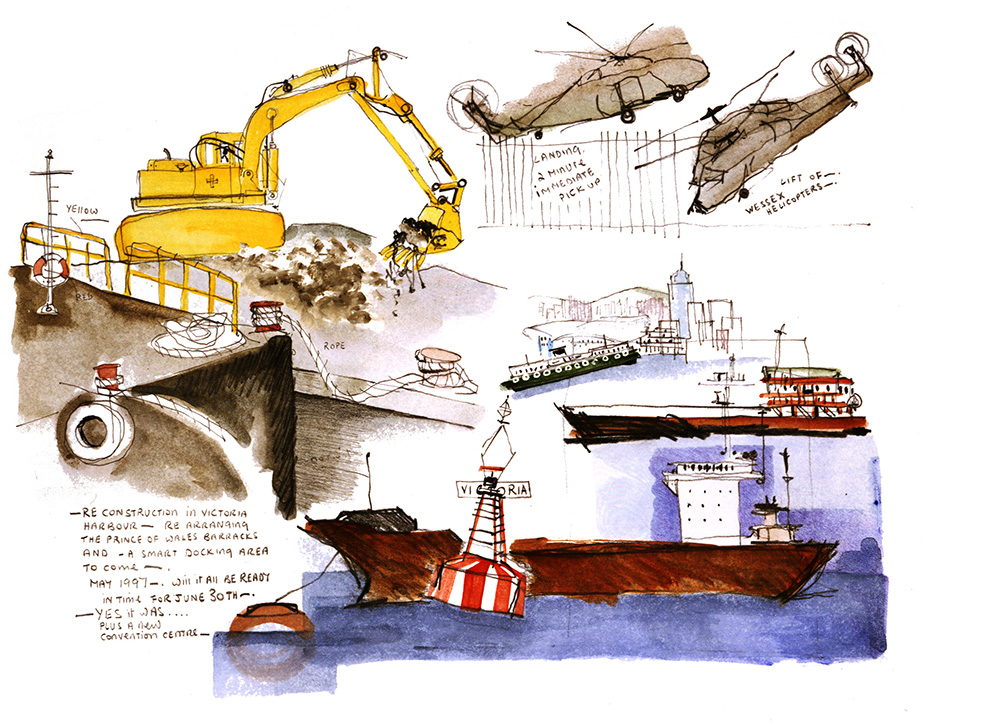 Digging up the harbourfront

The timing was perfect. It was 1996 and I needed somewhere away from England to sit and think what my next path in life would be.

Apparently, Hong Kong was the leading light of computer technology. So, as a professional illustrator, on holiday or not I had to be prepared. The latest telephone/fax machine was packed ready to plug in on arrival. Remember, there was no Internet. Fax was the email of the time. I bought a mobile phone as well, a Nokia, and learned how to use it on the plane. Text messages – how did that work? Someone was sure to show me.

On arrival in Hong Kong, the sight of hundreds of narrow high-rise tenements cascading down from the peak was astounding. Lazing in sunny Victoria Harbour, a sampan drifted while giant container barges were pulled past by tiny determined tugs. After 20 years, honing the personal passion of sketching on location, I was in heaven, watching and documenting this feast fresh to the eyes. 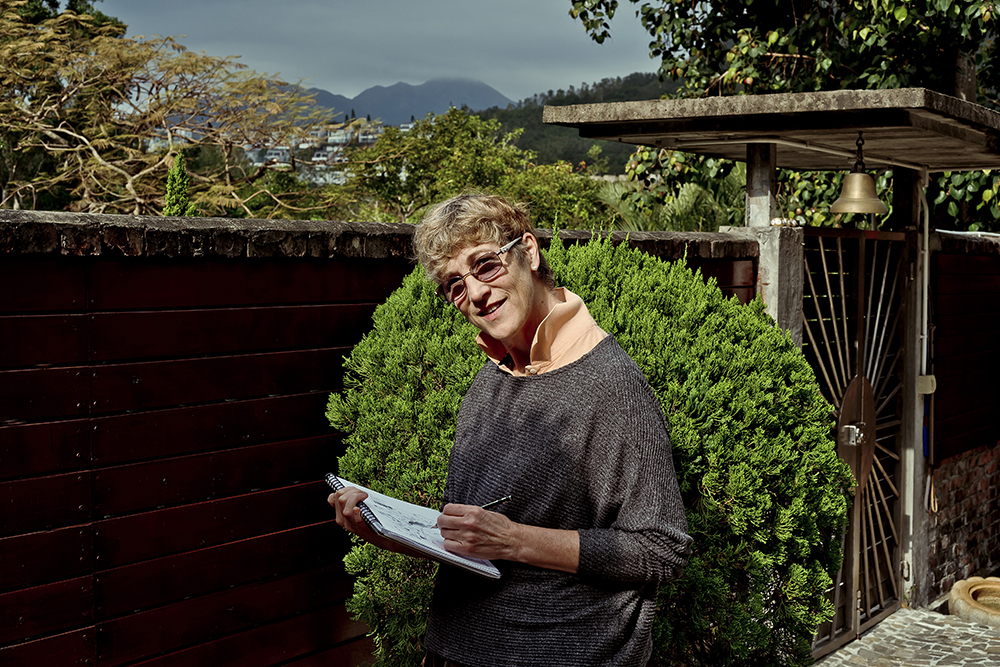 Pam Williams comes from a family of artists including Hugh Lofting, author and illustrator of the Doctor Dolittle children’s books, and Morris Meredith Williams, World War One artist.

An American English teacher at the YMCA saw the results. “Go downstairs and call the Governor’s press office first thing tomorrow morning. Say you have come to sketch the handover.” So I did.

Being an army brat, or “an officer’s daughter”, is life’s training ground, if you like. Unexpectedly, it was the fast-track ticket to move with and among handover organisers.

Once introduced to the British Forces by Governor Chris Patten I was sent press releases so that I could follow activities.

Francis Moriarty, on RTHK, told me: “Contact David Tang, ask for a commission or retainer.” He was too busy to help, but said: “I’m curious to see what you do.”At the last minute, David Tang did give me a commission to fly me back to Hong Kong to continue my work.

Clare Hollingworth, the late doyen of the FCC, commandeered my assistance at the Ghurka’s disbandment parade. “Call me at 7am tomorrow, I may need you to come and read the papers to me.’” This extraordinary woman, then aged 82, became my anchor and guide. She was indeed a consistent challenge. “When I was in China, I had a room with a bed and a wooden chair, and I thought how lucky I was,” she told me one day.

At the end of 1997, a grand exhibition was held at the FCC and the Fringe Club. The work got a lot of people talking. Sketches can catch the depth of fleeting moments and moods that photographs can only scan. Perhaps it’s the passion and emphasis of immediate marks on paper.

Many, many people who had helped me had left and missed seeing the collection.

Fast forward to the last three years, and a sketchbook has been in the making. But how could I bring some meaningful depth to it all? Those who know Hong Kong well, from diverse communities, contribute towards tracking Hong Kong’s development – back to the 1950s, bizarre events before and after the handover.

Far East correspondent Jim Laurie was on Skype to London from the U.S. and told me: “1997 is passé Pam, you have to go out there to gather current material today. It is a Chinese Hong Kong now. That is controversial.”

I arrived in September, gathering clips of conversations with residents. There are different concerns, unsettling facts as well as encouraging foresights. Fears of the past loom heavily overhead. It is time to take a pause, as Christine Loh and Richard Cullen prescribe in their book, No Third Person.

To read a book without pictures is not easy for everyone. This has been a colourful and extraordinary journey for me to learn and understand Hong Kong in more depth. The full collection of my 60-100 sketches and paintings will be published for the first time. There will be sketches of today, as well as those I did back in 1997.

I hope the journey is as engaging for others as it has been and is for me. Remember, it does not compete with thorough studies of history at any point. It is a sketchbook with contributions from behind the scenes; the essence of Hong Kong’s journey. Also, it is personal and I hope it will be a valuable journey to share with you.

I bought a smartphone on the second day of my arrival in September. I looked at my old friend, the Nokia phone from my first visit here, on the shelf. Technology has surpassed even construction and it is a reminder that we are in a new era today.

* Pam will be here until March 14. To receive a monthly link to track the progress and release of the book, send an email to Pam at [email protected] and see her work at https://www.pamwilliams.co.uk/hongkongbook 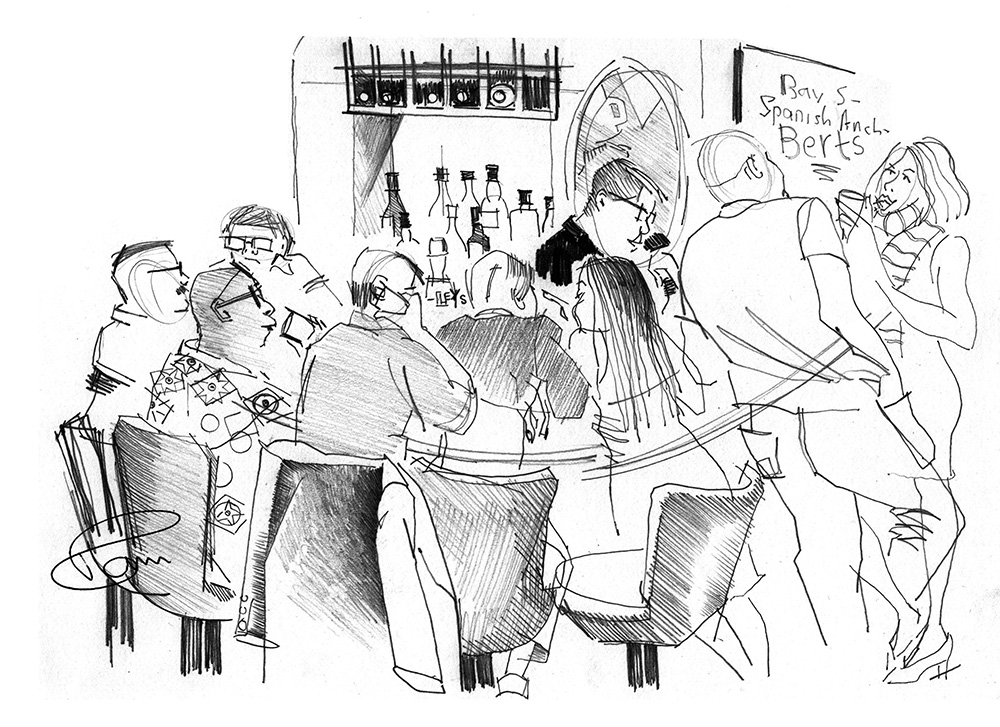 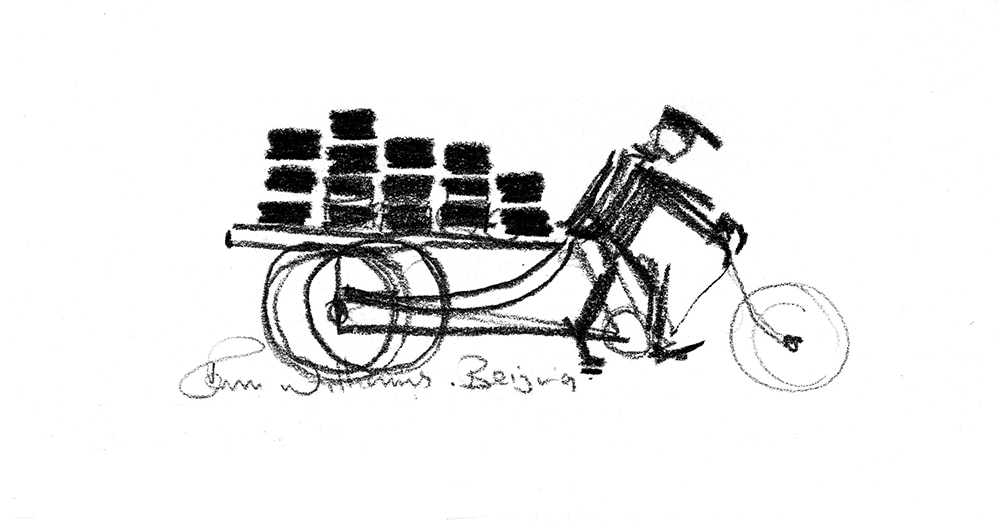 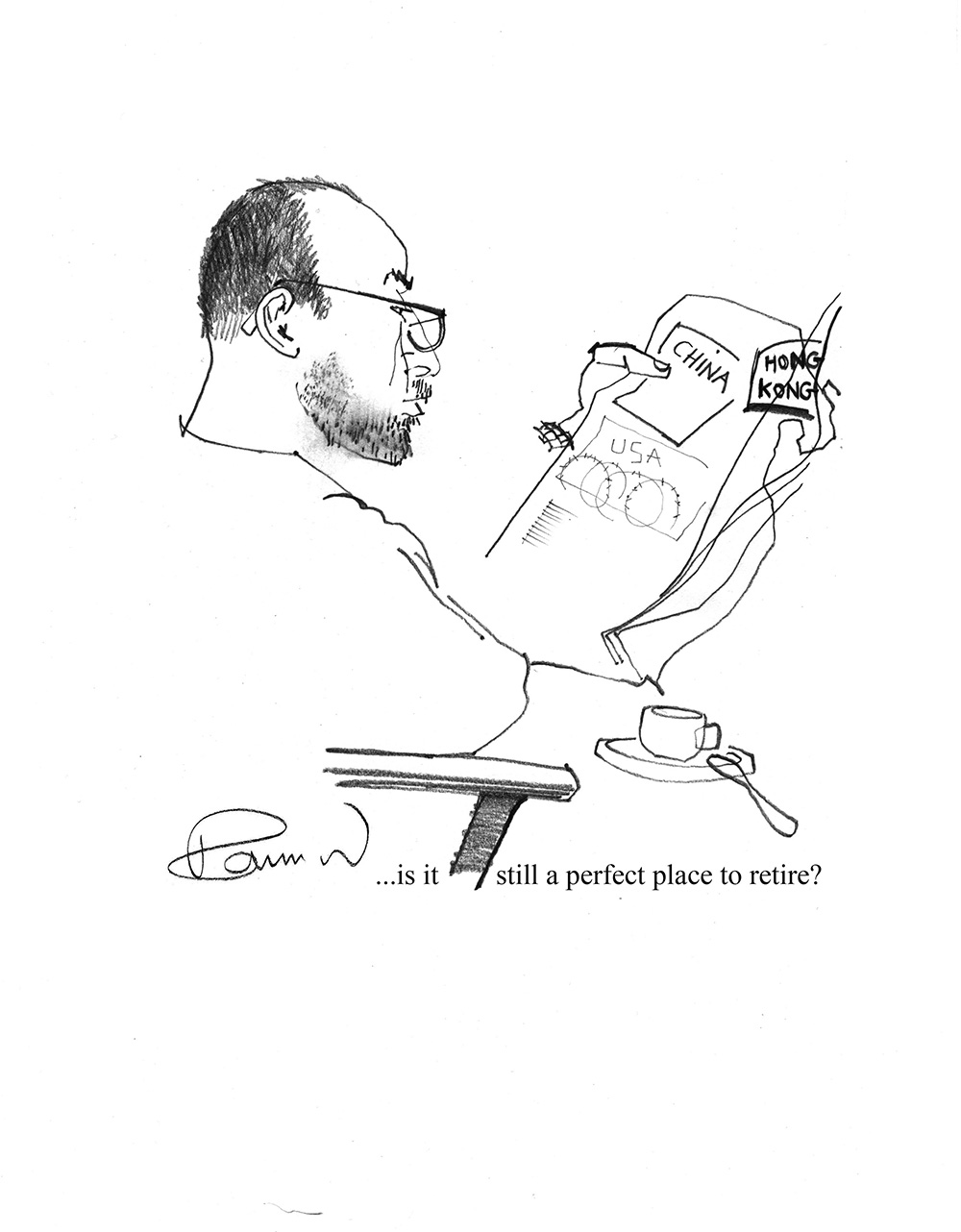 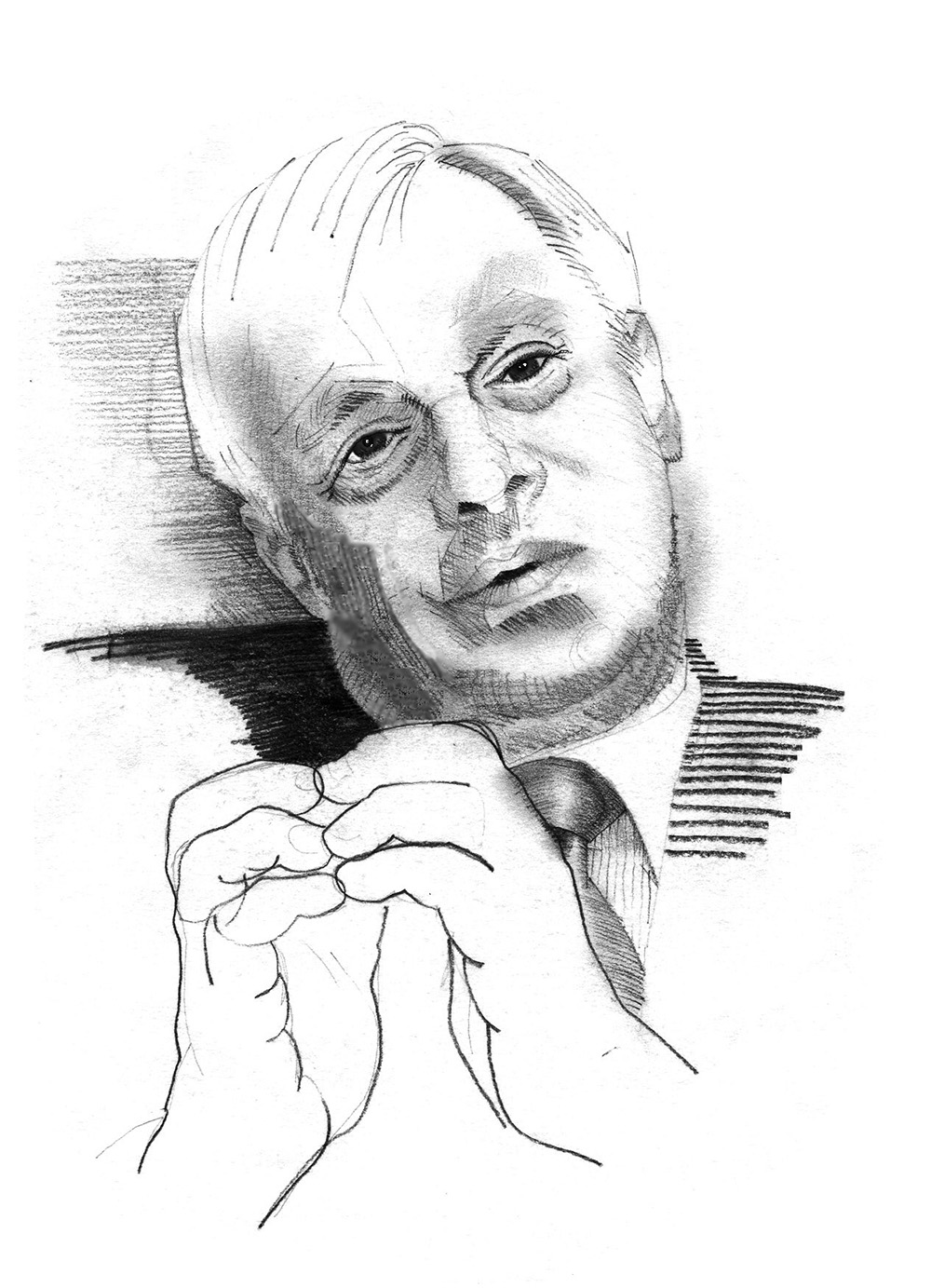 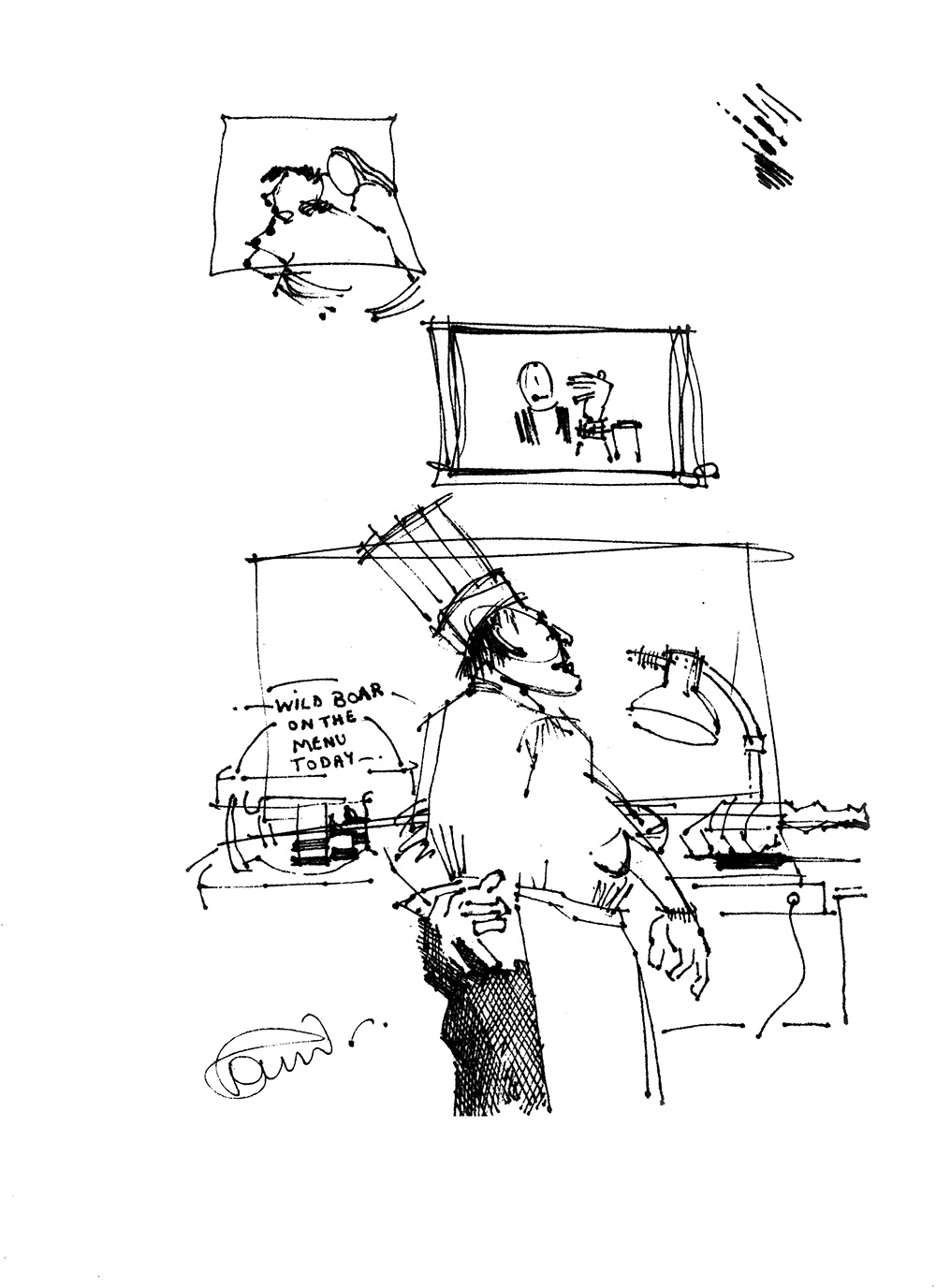