News The Correspondent How to Win and lose at poli... 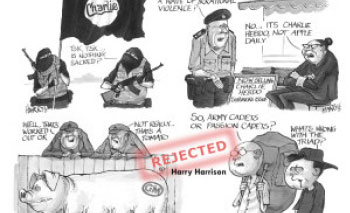 How to Win and lose at politics in XI’s China

Politics has always been a game of high stakes in the
People’s Republic, ever since the era of Mao. And 35 years
after reform started, the stakes had never been higher,
according to Kerry Brown, Professor of Chinese Politics,
University of Sydney and former British diplomat, at an FCC
lunch on September 30.