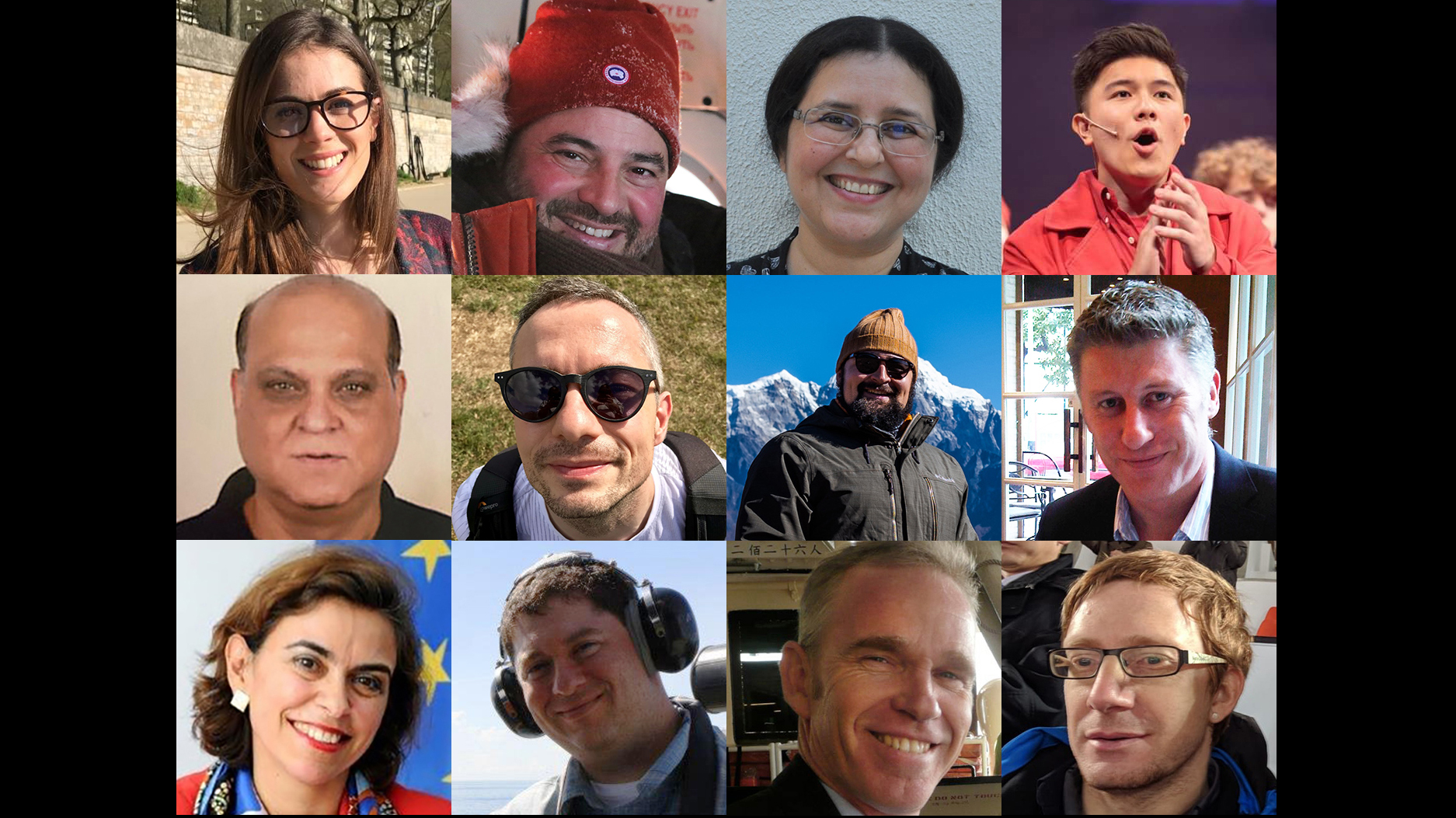 A very warm welcome to our newest members who, as always, are a varied and interesting bunch. If you see them at the bar, say hello.

I am founder and CEO of MVision and have worked in the global private equity sector for more than 30 years. A passion for travel and cultures is shared by my family. Between us we have been fortunate to travel to many incredible places, including the North Pole. Another passion in my life is my role as a director for my daughter’s travel magazine, SUITCASE. Hong Kong is an important part of my life; I am involved in community work incorporating sports to make a difference, working with the Kowloon Rugby Club, and HK Stand Up Paddle Board Association. My other passion is education; I am on the President’s Global Council at NYU, an Executive Fellow at London Business School and a mentor at HKU.

I am an Indian and Hong Kong has been home to me for the better part of my life since 1990. I am a clothing manufacturer and exporter and being in the garment industry I have been fortunate to travel to many countries for work. I lived in Dhaka, Bangladesh, for several years but, as the saying goes, home is where the heart is. I always looked forward to coming back to Hong Kong, a city that never sleeps and pulsates with life 24/7. I love travelling to new places and meeting people is my passion. One of the reasons I like coming to the FCC is you get to meet a wide cross-section of people from different walks of life.

From teaching in university and schools to producing plays and community radio shows, life has been one big adventure. Under the aegis of Teacup Productions, a non-profit that I founded in 2016 to amalgamate education and performing arts, we have reached out to over 100 local primary schools and 6,000 primary students with our educational programmes, produced community radio shows for RTHK and staged plays that I have written and directed. I am also the editor of children’s storybooks that are being used in local schools for learning English. When I am not writing, teaching or recording, I love to meet and talk to people, because that is where real stories exist!

I currently live life as a social entrepreneur, a cappella singer, musical performer and event emcee, after making an abrupt change of career from management consulting two years ago. It remains one of my best life decisions so far. I find the diversity much more interesting and meaningful. I spent my childhood in Hong Kong before going to boarding school in England when I was 14. I didn’t know what to expect, but I believe the boarding experience gave me things that I need now – for instance, courage to travel alone to unfamiliar places such as Peru, Chile, and Israel which I’d say are my favorite destinations in the world. I look forward to meeting you and exchanging life stories soon.

Hi! I was born in the UK then raised here in Hong Kong and have just returned in the last two years. Before coming home I have lived and worked in Switzerland, on both coasts of the U.S., in London, and in Beijing. Now I am part of my family office, as a director at Sir Elly Kadoorie & Sons, working on a variety of interesting projects around the world. In my spare time I love exploring Hong Kong with my camera in hand, hunting for the best bubble tea, and going driving at the crack of dawn. If you see me at the bar, come and say hello!

Carmen Cano began her term as head of the European Union Office to Hong Kong and Macao on 1 September, 2016. She joined the European External Action Service as deputy head of delegation at the EU Delegation to China and Mongolia in Beijing in 2011, where she worked until her transfer to Hong Kong. A seasoned career diplomat, Carmen joined the Spanish Ministry of Foreign Affairs in 1992. She was posted in Romania, Ghana and Ethiopia. In the headquarters she worked on non-proliferation and disarmament and served as Deputy Director General in charge of Continental Asia twice, from 2002 to 2006 and 2010 to 2011. She is fluent in Spanish, English, and French and lives in Hong Kong with her husband and three children.

Born into a peripatetic military family, I ended up at Edinburgh University studying the then unfashionable language of Mandarin Chinese. Spent an impressionable year, 1982/3, in Jinan, was arrested and returned from Dali and Kashgar – but made it to Tibet undetected. On graduation, I joined the British military, a 23-year stint which took me around the world, generally the less savoury corners including the Balkans, West Africa and Iraq. I was lucky enough to be stationed in Berlin (when it still had a wall and held Hess), then Hong Kong up to and including the handover. Married to Christine, I am the proud father of two and Hong Kong has been our home now for 11 years.

As a newcomer to Hong Kong, I’m happily getting to know the city through dim sum and Tsingtao! I first came to Asia as a backpacker a decade ago so it’s great to be back, this time working as a journalist for AFP. I grew up just outside of London, starting my career with my local newspaper and ending up reporting in the Houses of Parliament before venturing across the water to live in France. I’m a big supporter of activism and all things green.

Four things friends say about me: 1. ‘Mathias likes to shoot people, and he is quite good at it, too!’ – a compliment completely unrelated to marksmanship, but referring to the hobbyist photographer-me taking pictures of the city and its people. 2. ‘Mathias is travelling to [insert random place on the map] – they must have great food there!’ – would be teasing about my interest to explore culture through cuisine. 3. ‘Mathias is pushing the boundaries of business attire’ – would be commenting on my predilection for sartorial uniqueness. 4. ‘Mathias is one of the most travelled lawyers I know’ – must be referring to always running out of space when preparing visa applications and listing the countries I have visited in the last 12 months.

Hello. I was born and raised in Adelaide, Australia. I moved to Hong Kong in 2010 but my Hong Kong story started much earlier when I was an extra in a famous TVB drama, Triumph in the Skies – which young colleagues around my office still watch almost 20 years later. I am the commercial director for TAG Aviation, a business aviation management company with clients across Asia. I met my wife, who is from Taiwan, in Hong Kong and we have three-year-old twins, a boy and girl. Before children we hiked a lot and travelled widely. These days you are likely to see us in the FCC Lounge having lunch after a morning exploring Ocean Park.

I’m the new spokesperson at the U.S. Consulate. Originally from Wisconsin, I’ve made Asia my home over the past 16 years. With all of my other postings within a four-hour flight of Hong Kong, it seems natural that my path led me here. Between managing media inquiries I love to travel, especially to places listed in the prestigious Atlas Obscura. I’m joined in Hong Kong by my wife Jo Ann, two amazing kids (a third is back in the U.S.), along with Izzy, our Beijing rescue dog.

I moved to Hong Kong a little under a year ago to become AFP’s deputy editor-in-chief for video in the Asia-Pacific region. I spent eight years as a video journalist before that, reporting from more than 30 countries across four continents. (Embellished anecdotes available upon request at the FCC bar). I now work mostly behind a computer screen rather than behind a camera, but still get out into the field once in a while – in particular to North Korea, where I travel with colleagues from our Seoul bureau every two to three months. It’s a unique and mind-bending experience, but you won’t catch me making any snide remarks about the place here. n