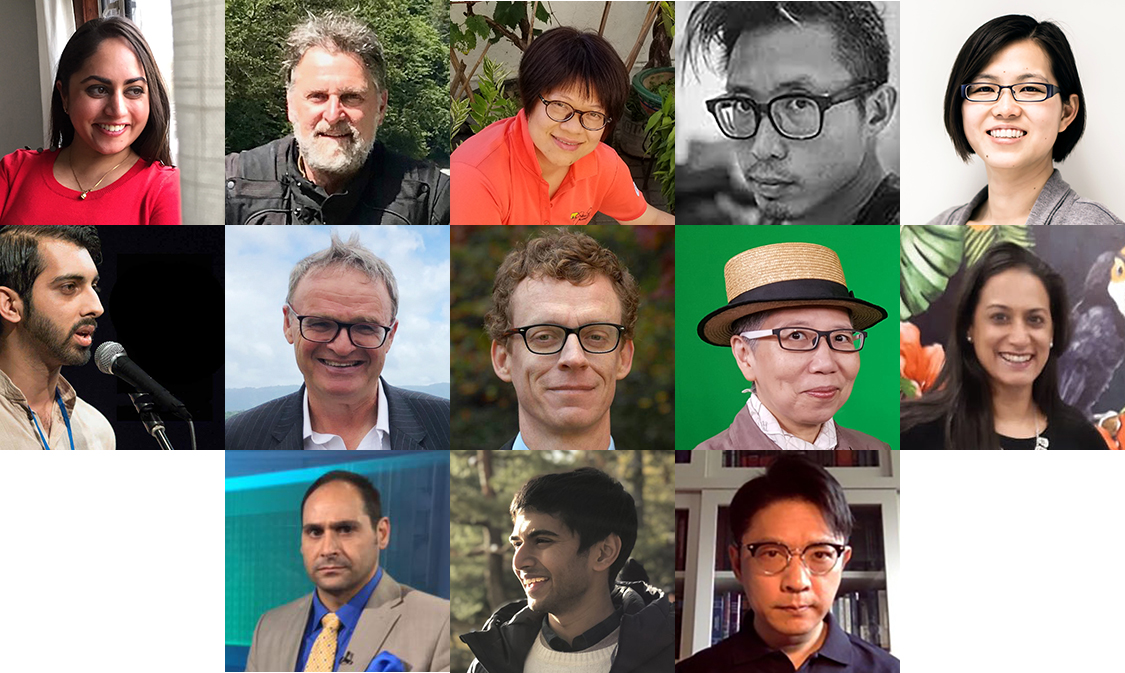 The latest group of members to join the FCC is, as always, an interesting bunch. The membership committee meets regularly to go through applications and is always impressed by the diversity of people who want to join the club.

I started my working life as a sailor before settling down to 20 years working in Japan prior to coming to HK. My job in IT outsourcing as managing director of Emerge 360 HK Ltd is about as far as you can get from my passion for outdoor sport – skiing, trekking, triathlons, road cycle racing, motorbike touring – other than synchronised swimming, if it is active and outdoors, I will do it. Coming full circle, I am preparing to head back to sea in an aluminium yacht capable of sailing into icy waters in high latitudes. So learning to sail well is now occupying much of my time.

I moved to Hong Kong a year ago, and currently work at TVB News as a producer. I previously lived in Beijing and Vancouver, and have covered three Olympics in my journalism career. Like most journalists, I am curious by nature, yet pedantic with facts. I am in a constant battle to eat better, yet be social, and try new food hotspots. I once finished second at a high school spelling bee, but now I can’t function without spell check. When I am not working, I try to go to the gym and check out my new city. I will accept any good restaurant recommendations.

I am an Indian journalist covering corporate finance for a readership of corporate treasurers and CFOs with Haymarket Media. Previously, I wrote for a sports broadcaster (FOX Sports Asia) in Singapore. I am an alumnus of the journalism school at the University of Hong Kong (JMSC) and the National University of Singapore. I grew up in Southeast Asia and I’m looking to further my career here and find new perspectives. I am interested in South Asian affairs and I care a lot about minorities. I believe a lack of diversity over the years within most organisations in Hong Kong has contributed to a parochial understanding of South Asians. I also perform as a storyteller, write science fiction short stories and I love to watch TV shows that show the commonality of human experiences in different cultures.

Having been a journalist for over 20 years, I am the publisher of Next Magazine. I spent my childhood in the rural area of Hong Kong and loved cycling to explore villages. There was no boundary in my little world. I picked lychees in summer and dug yams in winter. I had various kinds of animals as pets such as pigeons, dogs, rabbits, and silkworms. At that time, I met many foreigners who came to visit the border area in Lok Ma Chau to see what Communist China was like. When I was a teenager, I day-dreamed of travelling after reading the book Around the World in Eighty Days. Joining the FCC allows me to meet different people from around the world now.

I am a partner at King & Wood Mallesons and have practised law in Melbourne, Sydney and London. My wife Bernie and I arrived in Hong Kong four years ago (spending most of it on the FCC waiting list)! We are very pleased to be joining the FCC. This is a critical time for Hong Kong. The FCC is a shining light in protecting freedom of speech and of journalism, in ensuring that the Basic Law and Bill of Rights are more than words on a page. The recent police raid on ABC headquarters in Sydney shows that eternal vigilance is needed, even in liberal Western democracies. As a public policy nerd I will be very pleased to be in the midst of robust FCC debates on issues as varied as Brexit and One Country Two Systems.

I took my first flight at 10 days old, which perhaps explains why I’m now a travel and lifestyle writer. This is my third stint in Hong Kong and I’ve just been appointed group editor at Artemis Communications, where I oversee several publications. Before this, I worked in digital marketing in Melbourne, pursued an MSc in Economic History at the London School of Economics, and spent 12 years in Bangkok. Off-duty, I can be found reading spy novels, listening to country music and trying Hong Kong’s newest restaurants.

I started my “slash” career two years ago. I am an academic, research consultant, and impact analyst. Juggling my time around these jobs is the biggest challenge but gives me the biggest joy when projects are completed and students don’t complain. What do I teach? Business ethics and social responsibility, probably the toughest course to teach at any business school. Other than my several jobs, I picked up a new hobby – Muay Thai (Thai boxing). I have trained for one year now but am definitely still an amateur.

Born in London and having spent most of my adult life in London, it was a big change to move to Hong Kong seven years ago. I am, however, very happy to call Hong Kong my home now. Like most things in Hong Kong, my husband imported me in! I have re-established my business here, where we design, develop and deliver hobby/craft/stationery products to retailers all over the world. My team and I have the best jobs in the world creating fabulous products. I am also a partner in an F&B distribution business. I am part of the Women’s Foundation Mentoring 18-19 Cohort, I enjoy hula hooping, have started playing the piano again and have a love for earrings and collect Swatch watches.

Toronto Raptors v Golden State Warriors 4 ORACLE 105-92 is not a court case I worked on as a civil law advocate called to the Hong Kong Bar. Rather, it stands for the scores for Game 4, which I am so proud of. My strong bonding with the Jurassic town started in my teens, which eventually got me my first degree in Philosophy, and tied me (not “down”☻) to my wife Carey. If at the FCC you run into a “kidult” of my height, or even taller as he insists is the case, stomping his iPhone with his fingers, and mostly on the Fortnite screen, that is our son Sean. Though it has been a bit of a wait to be part of the FCC community, we are finally here and look forward to meeting you all. By the time this is published, the Raptors would have already made history… fingers crossed.

I was born and raised in Singapore and have been living in Hong Kong for almost seven years, working as a photo editor while documenting daily life through my own lens in Hong Kong and during my travels on a backpack or biking on a two-wheeler. My first visit to Hong Kong was around 16 years ago, travelling from Hong Kong to Singapore overland. I have found it fascinating touring through border towns since then, spending the past few years exploring Central Asia.

I started to join the profession in the mid-1980s, covering the 1989 Beijing student movement and June 4 massacre in Beijing. I also witnessed and covered the handover of Hong Kong sovereignty in 1997, while elected as the chairperson of the Hong Kong Journalists Association. In 2007, my book entitled Media in Hong Kong, Political Change and Press Freedom 1967-2005 was published by Routledge. Apart from hosting a weekly talk show, Good Morning HK on Radio Free Asia, teaching at the journalism centre, HKU, and writing profiles for Apple Daily, I enjoy interpreting for Buddhist masters. My interests include Tibetan Buddhism and yoga. I am currently writing on media and civil society, the case of Hong Kong and China.

I’m a reporter with The New York Times. I grew up in the midwestern United States, and first visited China as a student in 1996. I moved to Hong Kong in 2003, when I worked for TIME Asia, then spent eight years in Beijing and Taipei before returning in 2014. Cycling is my favourite pastime, but in recent years I’ve taken up running as an escape from Hong Kong traffic. I ran my first marathon this year. Lester, a Hong Kong village dog I adopted as a puppy four years ago, is my main training partner.

I’m a reporter at The Financial Times, but I didn’t start out in journalism; I read biology at Oxford before making my first pivot to McKinsey & Company in London. I later went to Indonesia to set up McKinsey’s new environmental non-profit to tackle Southeast Asia’s shocking plastic pollution crisis. I moved to Hong Kong at the start of this year to try my hand at journalism, which I had been meaning to do for a long time and now realise I love. The FT has been a fantastic place to learn the ropes and work closely with colleagues far more experienced than me. I love travelling and that interest dovetails nicely with my other hobby, scuba diving, which I’ve been doing for several years now in far-flung (and warm) places across the world. n