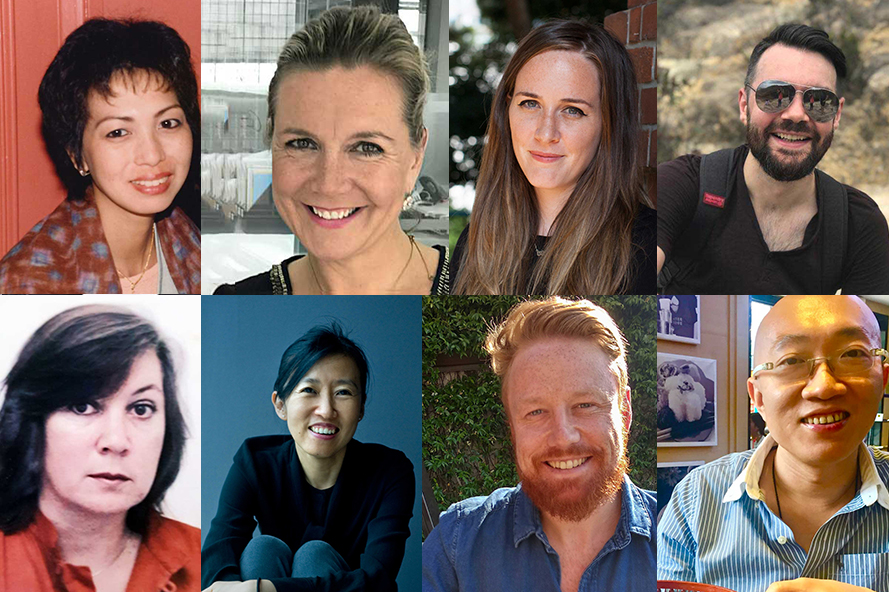 The latest group of members to join the FCC is, as always, an interesting bunch. The Membership Committee meets regularly to go through applications and is always impressed by the diversity of people who want to join the Club.

Unofficially nominated as the Indoor Air Quality Ambassador from Finland, I have lived in Hong Kong since 2009, where we have an office and warehouse for global online sales. To achieve good Indoor Air Quality is often hard and the topic is the passion of my life. My wife describes it as the most unsexy business in the world – maybe she is right, but anyway I’m the father of eight kids. I like fishing and social life, especially chats in bars and the FCC provides an excellent environment for meeting old and new friends.

My name is Emma Macintosh but most people know me by my work name, Emma Dale. I am the co-founder of Prospect, a global recruitment business specialising in PR and Communications. Initially I set up Prospect in London. In 2009 I came to Hong Kong with my husband and two kids to set up Prospect’s Asia operation, here and in Singapore. I am also a certified coach and the founder of Transform Executive Coaching. I also love hiking in Big Wave Bay, practising yoga and drinking red wine or champagne.

I am a new Associate Member and writer/producer in my startup company, ChinaWest Films. After being an Asia specialist for my whole writing career, I am now a content creator for the China market. I started as an allrounder journalist/editor and Hong Kong correspondent in Tokyo working for newspapers and magazines, and also as a scriptwriter for NHK news. The script work always followed me as I grew up in Hollywood. Now as a full-time screenwriter and script developer, I am focused on telling the stories of China.

I am a disputes partner in the Hong Kong office of a Chinese law firm, Fangda Partners. I also teach a postgraduate degree in dispute resolution at the University of Hong Kong. By virtue of my profession and practice, I am presumed to be disputatious. I have it on record that a number of FCC members would describe me as polite, perhaps with a slight penchant for a friendly debate – especially on a Friday night at Bert’s after a few glasses of wine. I had my first article published when I was 24, about a bar fight in Bangkok. I have written about disputes since then.

Born and schooled in Ballarat, Australia, I worked as a civil engineer in Melbourne before taking a year off travelling across Asia and Europe, then working in London and Abu Dhabi, and further travelling in and around South America. Work was resumed in Melbourne, only to be sent to Saudi Arabia. The latter experience clearly warranted another year off, mainly spent in sailing around the China Sea/West Philippine Sea. I first encountered FCC member Peter Miles on my boat, and he later introduced me to the Club. Hong Kong beckoned in 1982. I met and married Natalie, and HK is our home. We have two children, Tom and Lizzie.

I am the Hong Kong correspondent for Deutsche Presse-Agentur. Prior to moving to Hong Kong last year, for a second time, I was living in Cambodia for three years where I also worked for dpa and freelanced. During that time I learned how to drive a motorcycle through monsoon rain, communicate with Khmer spirits, and where to find the best barbecued rat meat. While I do miss the excitement of Cambodia and the (sometimes) strange efficiency of petty corruption, I now get my kicks from outdoor activities like hiking and running. I am also a well-known cat enthusiast and fan of all things satirical.

My friends call me Lolita – a provocative name I picked up working in magazine media in my 20s. I am a Chinese-language writer. I was born in Taipei and have lived in Hong Kong, Tokyo, New York, Shanghai, Beijing and Paris. My writings fall into two categories: novels and essays. I was always told that, if you are a writer in Hong Kong, you should join the FCC – so here I am. My day job is head of Taiwan’s cultural office in Hong Kong, known as Kwang Hwa. We organise cultural events like concerts and art exhibitions. Taiwan has a flourishing arts community, which you are invited to share.

Kurt Lin
Prior to reporting around Asia for Monocle, I was mostly keeping my eyes on stock tickers and the quarter end performance bonus, as most portfolio managers do. Those who have the habit of picking up some local press might have come across my commentary on the topics of affairs, travel stories and book reviews in Chinese — or even, once, my portrait on the cover of the city’s popular weekend tabloid. Wake boarding in the New Territories is the fun I miss most when I am abroad.

I was born, raised and educated in Hong Kong. By chance, I joined the exclusive agent representing Carlsberg Beer as an intern when I left school. Little did I know back then this would lead to fulfilling my dream of a career in the commercial sector. A high point of my career was presenting a bouquet to the Queen of Denmark, Margrethe II, during the opening of our brewery in Tai Po. To complete my story, my husband Alex was the first European-trained Master Brewer who brewed the first batch of Carlsberg beer in Hong Kong. We are still serving the industry together up to this very day.

This is the second time I’ve been in Hong Kong. When my wife and I moved in 2014 for a posting in Thailand we both felt we were leaving the fragrant harbour too soon. I’ve been a journalist for 15 years, initially blundering my way around India as an enthusiastic but largely clueless post-graduate freelancer, before joining The Independent newspaper for seven years. I moved to Asia in 2012 for AFP, first on the Asia-Pacific desk, then three years as Southeast Asia correspondent in Bangkok, before returning once more to the regional editing hub late last year. I was a board member of the FCC Thailand for two years.

I’m a senior producer for CNN based in Hong Kong. I work mostly on long-form feature stories, covering everything from sports to arts and culture. This is my first stint in Asia. Before moving here, I spent over a decade in the Middle East, first in Cairo and then in Abu Dhabi. Before joining CNN, I covered the Arab uprisings from Tunisia to Libya to Tahrir Square. I was also a producer at National Geographic in Washington, D.C. I received a Master’s degree from the journalism school at the University of Florida. When I’m not on the road for work, my wife and I are either hiking or searching for the best roast goose restaurants in Hong Kong.

Born in Hong Kong, I am the third generation of an Indian family that arrived here in 1952. My wife’s family, also Indian, has roots in Canton dating back to 1929. Having left Hong Kong in 1968, I returned back to live here only in 2005. That is my excuse for no longer being totally fluent in Cantonese! Educated in the UK, I joined the family import and export business after having graduated at Manchester University. I set up my own arm of the trading business in 1985 and then spent nine years living in Nigeria, which was a true life lesson in street smart survival. I am currently an Honorary Consul for the Republic of Niger.

I grew up in Sydney and qualified as an organisational psychologist before embarking on a career in recruitment. My first three years was a steep learning curve in a start-up before I moved overseas. I landed in Hong Kong just after SARS and managed to find a role recruiting lawyers. I developed a network across the city and, in time, the region. With the Lehman collapse, I felt it was the perfect time to begin a recruitment company and, with my business partner, formed Aquis Search 10 years ago. I married a fantastic Hong Kong lady, but I am still learning the language.

I have been in Hong Kong for four years, after moving from London to become Asia Editor of Global Trade Review, a magazine about trade and trade finance. I come from Ireland and have previously lived in South Korea, where I somehow managed to hold down a slot on local radio, despite a strong Irish accent which shows no sign of diminishing. I’m currently training for marathon number five and turn out for the illustrious Hong Kong Dragons Gaelic football team (second string). I love exploring the Hong Kong trails with my fiancée Colleen, and trying out my questionable Cantonese in local restaurants.

I was fortunate to grow up in the famous Kruger National Park of South Africa, so my passion for wildlife conservation began at an early age. After attending university in Stellenbosch, I began a career in investment banking in London. After 12 fabulous years, I followed my soon-to-be husband to Hong Kong where we both began our careers anew. I now work for African Parks where my role is to raise the profile of African conservation in Asia while simultaneously tapping the region’s extraordinary wealth to help sustain the work we do in Africa. My Canadian husband and I have a lovely little boy.

I’m currently running an investment fund covering the Greater China area. The FCC is a place that provides different voices on all topics, so the two years waiting has been worth it for me to get membership. I travel a lot, and run marathons if there is one being hosted in the city that I visit; sometimes I visit because of the marathon. Japan and Italy are among my favourite countries so I have studied Japanese and a little Italian. Learning Italian helped my Italian cooking, as it’s my favourite food.

An experience isn’t an adventure until you don’t know that you’ll make it out alive. Since leaving Canada for Hong Kong, my journalistic pursuits across Asia have delivered roti snacks with rebel soldiers, shipwrecks to scuba dive and motorbike rides with Muay Thai fighters. In 2016, I departed The Canadian Press after ten years. I have since earned a master’s degree at HKU and joined the International Opinion desk of The New York Times. My survival skills are poised for whatever comes next.