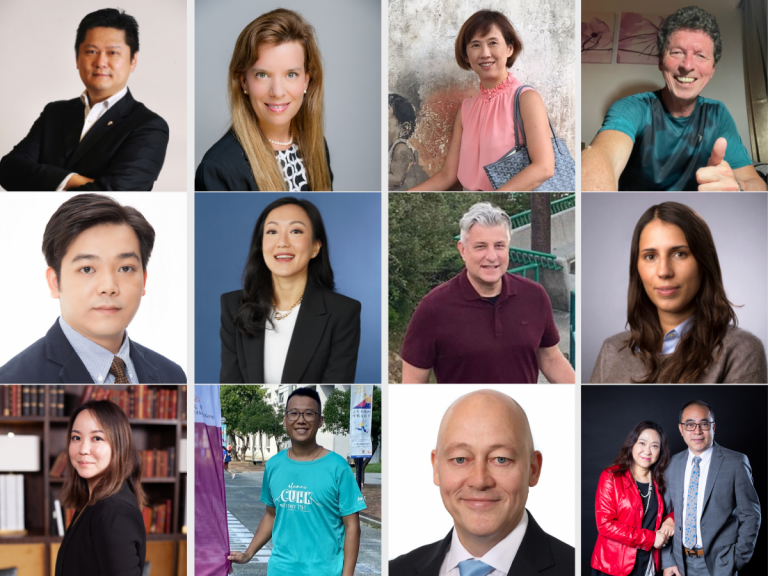 A retired prison superintendent who’s taken up cooking; the former pilot who’s turned to counselling; the veteran man-at-arms; plus 16 others who make up the rich tapestry of FCC membership. 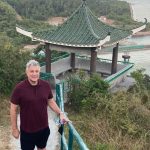 I am vice president, trade lane, for Toll Global Forwarding Asia, which is part of the Japan Post. I have been living in Hong Kong for more than three-and-a-half years and have enjoyed my time here. Prior to moving to Asia, I lived in Los Angeles, California, for many years. My interests range from travel, hiking, biking and scuba diving to reading books. I have two adult sons who currently reside in the USA. 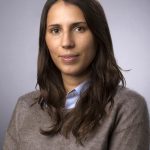 I was born and raised in Italy, where I studied law at university. I moved to Hong Kong eight years ago and consider it my home. I have been working at the law firm de Bedin & Lee since I moved here. 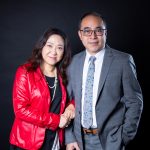 I was behind bars for over 30 years – as the head of Hong Kong’s major prisons – including Stanley, Lai Chi Kok and Siu Lam. Early retirement from this role granted time to pursue my interests, like volunteering, travelling and photography. My new hobby of cooking also gives me a great sense of achievement. My work taught me about security management and dealing with people from all walks of life, and I am currently the director of communications of an international federation that works against copyright theft. Having been away from life behind bars for years now, I look forward to being inside bars again – this time at the FCC. 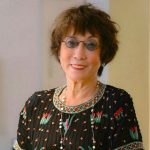 I am an educator. My interest is in education, education policy formulation and administration, organising functions and education conferences. Now in retirement, I still hold the roles of vice president of the UNESCO Hong Kong Association; school manager at the Hong Kong Federation of Youth Group Lee Shau Kee College; and member of the fundraising committee at St Stephen’s Girls’ College. Until my retirement, I worked in the education sector. I was vice-principal and acting principal at St Stephen’s Girls’ College, then became the education services secretary of Tung Wah Group of Hospitals. In the 1980s, I was invited by the government to become a member of the Education Commission. My hobbies are photography, music, reading and writing. 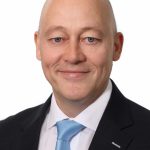 I am of Irish heritage and was born in the UK. I moved to Hong Kong in 1998. I have also lived and worked in Brunei, Indonesia and Australia. After 32 years on the corporate side of the insurance industry, I retired and set up my own small company for angel investing, consultancy, board advisory and independent non-executive director services. Hong Kong is my home – I love its diversity and energy. Food and wine are a passion, history a life-long interest and digital a learning curve – plus I’m a supporter of my hometown football club, Aston Villa. I have served in the United States military for more than 17 years, performing long tours in Iraq and Korea, and have travelled and lived in many parts of east Asia, including a year in Taiwan. I hold a master’s degree in Chinese studies and speak both Mandarin and Korean. My wife, Jessica, and our five children have joined me in Hong Kong, where I am the Army Liaison Officer at the US Consulate. My hobbies include skiing, hiking, mountain biking and motorcycle riding. I am a Eurasian who was born in Hong Kong and am fluent in Cantonese. Sentenced to boarding school in Tasmania at the age of nine, I also went to university there. I became a solicitor in 2009 and practiced law in Melbourne. I was paroled back to Hong Kong in 2016 and am still a solicitor, specialising in commercial litigation. I am a lover of all sports, especially cricket, having proudly represented Hong Kong. But as time has gone on, my bowling averages have gone up and my batting averages down. I have been in Hong Kong for about four years, mostly with the South China Morning Post as a digital producer and news editor. Now, I work at Haymarket, leading the AsianInvestor editorial team as their managing editor. In my 10-year career, I’ve been tasked with helping editorial teams adapt to a digital-first world, by integrating data analytics into news flows and introducing digital best practices to news teams. I also work to improve gender representation in workplaces. In 2018, I led the winning team at the SCMP hackathon with a strategy to improve the representation of women in our coverage. The idea was adapted into the project known as Lunar Today. Starting work in Hong Kong on 8 August 1988 proved to be auspicious. I joined Cathay Pacific as a pilot after working at the now-defunct British Caledonian, and British Airways. It was an adventure in those days. I was a pilot for 47 years and recently retired. Over 20 years ago, I began an interest in mentoring, counselling and supporting those who may find their particular circumstances challenging. I obtained several qualifications and a Master’s in counselling at Monash University. With a desire to improve the standards and support of the counselling community, I formed the counselling practice Perspection, with a team of eight counsellors. I arrived in Hong Kong in August 2021 to cover Asian equity capital markets for Bloomberg News. Many asked me why, as a journalist, I would move to the city at a time when many are deciding to leave. My answer: I want to see a place in transition with my own eyes, and report on it. My journalistic carrier started in my hometown of São Paulo, Brazil, 15 years ago. From there I relocated to Dubai for five years to cover emerging markets within Europe, Middle East and Africa. I’m hoping Hong Kong will soon allow normal travel again – I am ready to explore the region. In the meantime, I’m trying to discover hikes, distant beaches and quiet neighbourhoods across the territory. I started my career as an auditor, became a portfolio manager, and moved on to sales before taking on a role heading up public policy for Asia-Pacific at BlackRock. As my job exposes me to a lot of policy debate, I am particularly interested in the talks hosted by the FCC. I lived in Australia for eight years before returning to Hong Kong in the 1990s. I love music and travelling, but the COVID-19 lockdowns in the last two years have driven me to explore many Hong Kong neighbourhoods that I had never visited before. 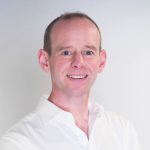 I came to Hong Kong from London in 2007 for a three-week secondment that was continually extended over a six-month period. Fifteen years later, I find myself still here, with the only regret of having not visited Asia sooner. The food, city lights, clash of cultures and lure of the hills and water in such close proximity have made it an easy decision to stay, along with the odd beer and glass of wine. I work as finance director for a small financial services firm. I am happiest on the trails or a bike – being an avid runner and cyclist. I arrived in Hong Kong in late February 2021, leaving my wife and four adult children behind in the Netherlands, to helm the Hong Kong Maritime Museum at Pier 8 in Central. Previously, I held curatorial and managerial positions at the Kendall Whaling Museum in the US, the National Maritime Museum in Amsterdam, the Netherlands, and the Vancouver Maritime Museum in Canada, combined with professorial positions at universities. The FCC is a great club, where three important Cs – congeniality, creativity, critical thinking – fuse. I like sports, hiking, reading and going to the movies. I am the CEO of Joint Dynamics and a physiotherapist. I’ve worked in Africa and North America with many different patients and have also set up a women’s soap-making cooperative in South Africa. Joint Dynamics has grown from a team of four in 2013 to a firm with more than 50 healthcare professionals today, and I remain committed to serving Hong Kong and its community. I have special interests in back and neck injuries, especially chronic pain. I am currently retraining in all things related to mens’ health. Even at 57, I remain a keen video gamer, soap maker and power-lifter. I’m considering starting a new hobby as a silversmith. I am a building services contractor. In my spare time, I like to read and write. I recently finished writing a memoir in Chinese about my teenage years spent in Vancouver, Canada. It brings me much joy to finish a piece of good writing. I also have a great passion for golf. My heroes in the sport are Arnold Palmer, Jack Nicklaus and Gary Player – the legendary Big Three of golf – and Tiger Woods, who has electrified the game tremendously. I arrived in 1989 on a one-way ticket to attend the Chinese University of Hong Kong for my final year at university. After graduation, I quickly found a job in the manufacturing world and have been in the industry ever since. I started Tamco Holdings in 2004 but have embarked on many other ventures along the way, like writing The Hong Kong and Macau Taxi Guide and consulting with groups who needed my network on projects while still running my core business. My passion is to help women entrepreneurs understand what is needed to scale and exit their businesses. With the help of others, I co-founded The Women Entrepreneurs Network, which focuses on these issues. I was born and raised in Hong Kong. I swam competitively as a kid and took weekly horse-riding lessons. In 2006, I continued my love for the outdoors and sports in Sydney, Australia, where I pursued a Bachelor’s degree in commerce. My life has transformed significantly in the past seven years. I was a risk analyst at Citibank before pursuing an EMBA from the Chinese University of Hong Kong. With over 10 years’ experience in technology and business operations, I am passionate about bridging the gap between technological leapfrogging and traditional business practices. In 2020, I co-founded a digital media agency here in Hong Kong. Outside of work, I am a part-time fitness instructor at Pure Fitness where I teach indoor cycling and TRX. I was born and raised in Hong Kong and have been a fixed income fund manager for over 15 years. I care about my home city as well as my alma mater, the Chinese University of Hong Kong. I have been active in alumni affairs there since 2009 and was elected the chairperson of the CUHK Convocation in 2021. I believe our community interest can be best served by permitting free expression of views and academic freedom. I have been working in banking and asset management fields for more than 30 years, though I am not a money-minded person – I am just making a living. Over the past 10 years, I have tried very hard to find my real passion. Luckily, I found it in sustainability, which is the theme of the second chapter of my life. I studied for a degree in the field and set up an NGO. Lifelong learning is my philosophy – the fire of curiosity still burns in my heart. I am blessed to have a supportive wife and two lovely daughters.