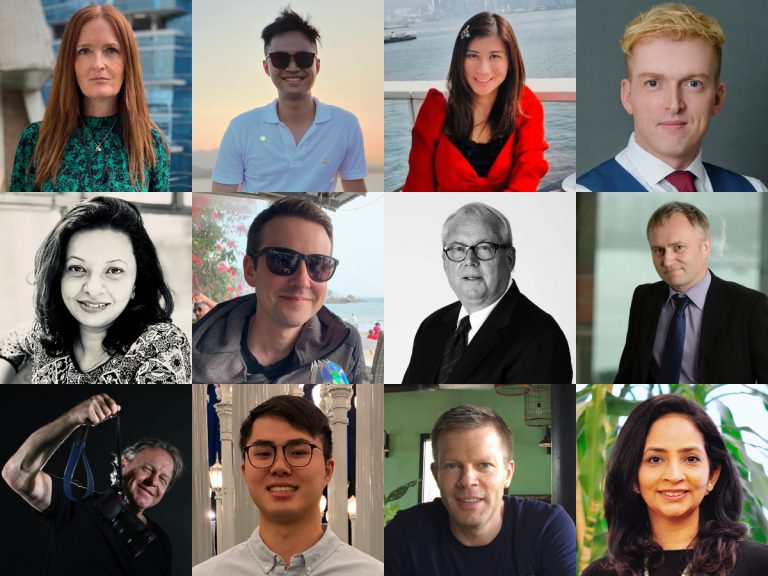 Introducing the FCC’s New Members: May 2021

An Everest mountaineer, a feng shui expert, a guidebook publisher and a raft of other “usual suspects” comprise the latest batch of new FCC faces. 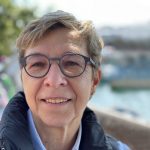 I have been a consul at the German Consulate General in Hong Kong since last July and head of the Consular Section there. Together with my husband, Wolfhard, who is now retired, we have served in German embassies in Thailand, Zaire, India, Egypt, China and Switzerland. Our common hobby is travelling to learn more about political, economic and social issues worldwide. We hope to meet club members with the same interests and to better understand the environment in Hong Kong and beyond. 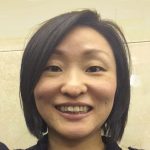 I’ve been in various roles with the media industry for more than 20 years, most recently as regional director at The Economist Group’s Hong Kong office. Previously, I worked as the head of editorial and programmes APAC at EuroFinance. I spent the first part of my career with Xinhua, as a foreign correspondent and senior editor in Beijing, Afghanistan and London. I’ve lived in Hong Kong for more than a decade with my husband and two sons. In my free time, I practice yoga. 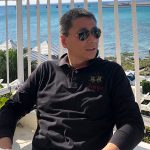 I was born and bred in Hong Kong and went to high school and college in Washington, DC. I am CEO of Franklin Templeton Investments and my career has included working at global banks and trust companies. I have also volunteered for special educational needs schools. I enjoy a cigar (okay, not at the FCC) with some single malts over a good chat with friends or, even better, journalists. 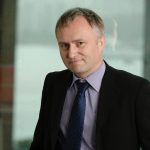 I run the editorial team at Asia Risk, covering the derivatives markets, financial regulation and risk management at banks. I have been in Hong Kong for six years, and previously reported on international war crimes trials in The Hague. Originally from England, I have also spent time as a journalist in Africa and Europe. I also run City Trail Publishing together with my wife. We wrote the first guidebook to an independent South Sudan in 2011, and have published an expat guidebook to Hong Kong. We’re now compiling a Hong Kong for Kids guidebook. 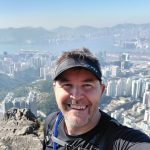 I was born and schooled in the UK, but as an expat child, my father exposed me to African jungles and Arabian deserts. That lit my spirit of wanderlust, which brought me to Hong Kong – where I am the chief customer officer for Generali – via Australia, China, Korea, Indonesia and Thailand. I love Hong Kong. I don’t call it home, even though my children do, as they have lived most of their lives here. Instead, as the FCC has such an amazing atmosphere, I think I’ll call the club my second home. 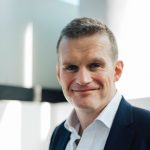 Like a lot of expats, I came to Hong Kong for a couple of years to get some international experience. That was in 2004. At the start of 2020, with an impeccable sense of timing, I started my own communications consultancy, Ashbury. I’m from the UK and married with two children – and another on the way. I started out as a journalist with EuroWeek and have also worked as a capital markets banker and corporate communications specialist. When I’m not working, I have a passion for rugby, skiing and the novels of John le Carré. 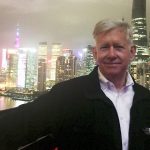 I was a military brat living between Taiwan and Washington, DC in the 1960s. After graduate studies in 1981, I went into banking in Taiwan and later supply chain management. I’ve been in Hong Kong since 1999 and love being a bridge builder between Eastern and Western cultures and business practices as the regional managing director for Cato Overseas. Mandarin is my first language (having attended Taiwanese schools from kindergarten) and my wife, Susan, is Taiwanese. 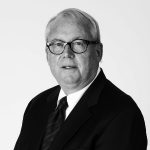 I am a representative at Woodburn Accountants & Advisors, which specialises in inbound investment to China and Hong Kong. We offer companies a one-stop-shop approach to their corporate service needs. I arrived in Hong Kong in 1970 from my native Germany and worked in a trading company just as China was opening up to the world and when Shenzhen was a village. My travels have taken me throughout Asia, and in my 50 years here I have seen change at a speed that was unimaginable in my early days. 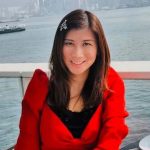 I am a partner at Howse Williams focusing on mergers and acquisitions, public takeovers, and regulatory and compliance work for Hong Kong-listed companies. Born, bred and educated in Hong Kong, I am also the past president of Rotary Club of Hong Kong Northeast where I enjoyed devoting my spare time to charitable work and socialising with fellow Rotarians. I like hiking, baking and drinking, as it gives me time to mingle with friends. 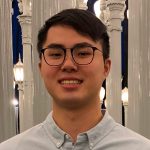 I am an aspiring architect raised in Hong Kong and Canada. After graduating from the University of Toronto, and having returned to Hong Kong to be closer to my family and look for new opportunities, I became one of the key designers in the Ma Wan Old Village revitalisation project, which won the Silver Award in the Hong Kong Institute of Planners Awards 2020. In my spare time, I enjoy sketching, hiking and playing basketball. I was born in Canada, grew up in Hong Kong and returned to Canada to pursue my undergraduate degree. Four years in Montreal taught me not to mess with Canada’s winter, so I eventually returned to Hong Kong to pursue a career in finance. I’m currently a financial investment professional at Goldman Sachs Investment Management Division covering clients in Greater China. Outside of work, I enjoy playing basketball and collecting modern sports cards, in particular Michael Jordan, LeBron James and Luka Doncic rookie cards. 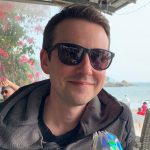 Having evacuated the British Virgin Islands as Hurricanes Irma and Maria approached in 2017, I lived out of a suitcase in New York, Cayman, London and Cyprus before finally arriving in Hong Kong. Originally a barrister, I run a litigation team for an offshore firm, Carey Olson, spending my days on disputes involving Asia and the Caribbean. My goal for 2021 is to learn to surf. If I declare that in writing here, I’ll have to learn in order to avoid embarrassment – peer pressure has its advantages, so please do remind me. 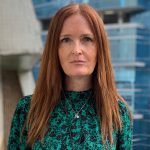 I was born in Hong Kong and this is my fourth time living here. There’s obviously something pulling me back. I have been frequenting the club for 30 years with my generous friends and always felt at home here, so decided it was finally time to join myself. Originally from a nursing background in London, real estate has kept me busy from the late 1980s. I have been with Habitat Property for the last 11 years, and am now a senior consultant. 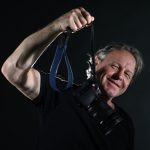 I am a staff photographer for Agence France-Presse and I see myself coming full circle, returning to Hong Kong after 16 years away as bureau photographer in Beijing, Shanghai and Sydney. I first arrived in Hong Kong in 1993 working as a freelancer, then joined the Hong Kong Standard before AFP in 1996. I covered the handover, bird flu, the economic crisis and SARS before leaving and now find myself returning to an even more serious pandemic and a whole new political climate. 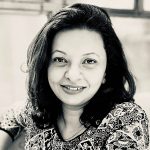 I am thrilled to be part of the FCC. And even happier to have been in Hong Kong for the last 13 years, I couldn’t have chosen a better place. I started my editorial journey as a freelance writer. Later, I worked as an editor at Hong Kong Living and now I’m the publishing chair at the American Women’s Association, one of the oldest women’s communities in Hong Kong, where women from all walks of life inspire each other. 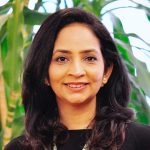 I am a classical feng shui consultant with a background in interior design. My journey into this unusual field began with a glance at a zodiac coffee table book in 2006. Since then I have received formal Chinese metaphysics training in Singapore, Taiwan, Malaysia, China and Hong Kong. I started my own company, Disha Limited, in 2016. Disha comes from the Sanskrit word dishadhara, which means ‘direction’. I am also a yoga enthusiast, bridge player and an avid reader. I love the FCC’s vibrant atmosphere and enjoy socialising with friends and family there. I am a lead educator at the English Schools Foundation and the International Baccalaureate Organisation for Asia-Pacific. Egypt, Kazakhstan, United Arab Emirates and the UK are among my previous work locations. Having married into the local Cantonese culture, I now consider Hong Kong my home. My wife, Daisy, and I are delighted to join the FCC, as we are attracted by its history, culture and heritage. Most of all, we look forward to connecting with the FCC intelligentsia and engaging with fellow members. 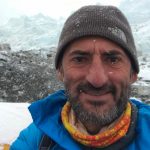 After a brief spell in the British Army, I moved to Hong Kong from London in 1997 to work on Chek Lap Kok Airport with a consulting engineering and architecture practice. I am currently the managing director of Engage Asia, a resilience and technology consultancy, and am a technical expert at international arbitrations. My hobbies include mountaineering and I summited Mount Everest in 2018. I am currently training for a one-month self-supported expedition to Alaska in May and may be seen dragging a tyre to the Peak. 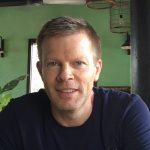 Like many Irish people, I have spent years abroad. After eight years in US universities, I lived in Japan, Malaysia, Australia, England and Mongolia before settling down for the past nine years and getting married in Hong Kong. As managing director of Starboard Global, I invest venture capital in critical mineral exploration and normally travel to project sites around the world. I make time for Ireland/Munster rugby, Arsenal football, and the wife and two kids (not necessarily in that order). Looking forward to meeting and boring the pants off many FCC members in future.