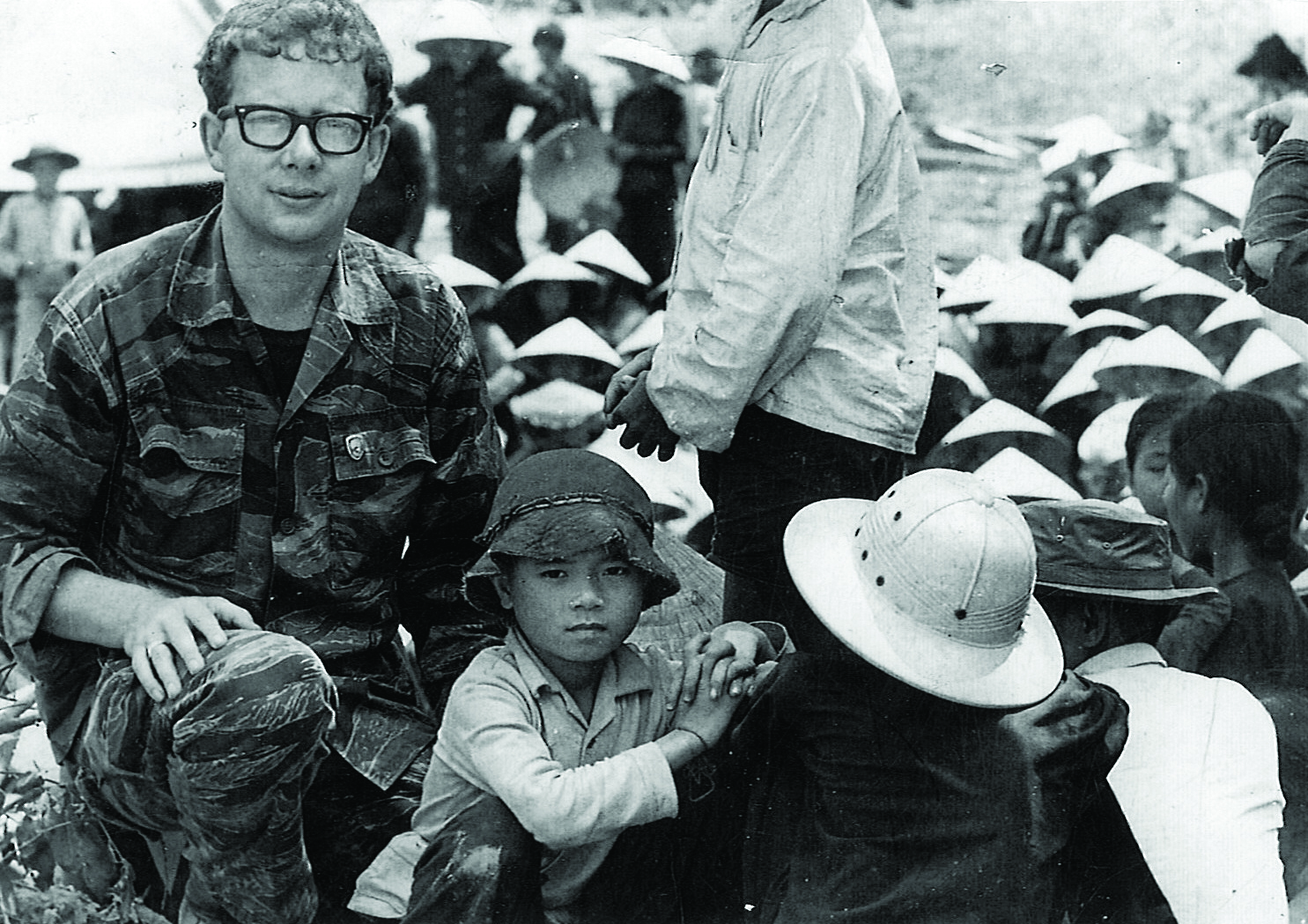 Jim Pringle is a byline synonymous with foreign correspondents. For six decades he has covered conflicts, politics and economics from South America to the Middle East and across Asia, writes Luke Hunt.

Jim Pringle in Binh Dinh in South Vietnam in 1968.

Looking a little weary, Jim Pringle’s soft demeanour has always stood in-kind with his reputation as a gentleman journalist abroad in a career marked by three eras at Reuters, Newsweek and The Times of London.

When at home, and that can be in Bangkok, Paris or Phnom Penh, he lives a quiet life with wife Milly as he approaches his 80th birthday. He has toned down his hell-raising drinking days but still writes occasionally, often about what’s left of the characters who dominated global politics during the Cold War.

Pringle knew many of those leaders, through good times and bad, personally.

Cuba’s Fidel Castro, Cambodia’s Norodom Sihanouk and Vietnam’s General Vo Nguyen Giap left as much a mark on his work as did Yasser Arafat, who “always spoke to you as if you were the most important correspondent in the world”, and Myanmar’s Aung San Suu Kyi.

With Suu Kyi coming under increasing fire because of her mishandling of the Rohingya issue, Pringle is arguing that journalists should allow the Nobel laureate more time to find a resolution.

“I think we should give Aung San Suu Kyi the benefit of a doubt,” he said, speaking with his trademark whisper.

“Many journalists I respect have already given up on her but I think that is because the Muslim Rohingya are looked down upon by the population in Myanmar, it’s difficult for Aung San Suu Kyi to intervene but she knows she has to do it.

“They don’t need a homeland but they need a place where they can live in peace. We don’t want to see more people coming over from Bangladesh into Myanmar. But I think the Rohingya who have already been there for generations, I think they should be respected and be given a decent life.”

Pringle with Yasser Arafat in Beijing in 1985.

“I found him a very personal person and I got on well with him,” Pringle said of Arafat. “And he was a good leader for the Palestinians, unfortunately they don’t have leaders like that. That’s why the situation in the Middle East is so dangerous.”

Jim married Milly, a native Khmer, he met as the civil war erupted and Pol Pot was taking control of the Cambodian countryside before advancing on Phnom Penh.

But he proposed to her in the middle of another war in Sri Lanka, where young Tamil girls wore cyanide necklaces for easy suicide and he was machine-gunned and rocketed by a police plane at around the same time as Milly said yes.

Interviewing the Dalai Lama in the late 60s.

“I watched the stitches eat up on either side of my car like my mother’s old Singer machine. I ran for a house in a small village. An old lady with her grandchildren told me to come into her place with machine-gun bullets walloping the ground all around me.”

Guns and bombs provide headlines and are nasty to cover. Still, far worse – for any journalist worth their salt – are the dreadful cliches that dog the industry. Pringle says a tendency by novelists to romanticise opium dens and the colourful women who occupied them was wrong, as they were “more like a methadone clinic filled with trashy working girls and their gigolo drug dealers”.

Not so with Fidel Castro. Pringle met the Cuban revolutionary on several occasions including at a Communist bloc party in Havana where a troupe of 10 young Vietnamese female dancers were each charged with holding onto a Castro finger at the same time for the entire evening.

Pringle in Vietnam with the adult children of former Viet Cong fighters in 2005.

But it is Phnom Penh that remains Pringle’s favourite destination, where, like in Bangkok and Paris, he owns an apartment. Antiques stand in contrast to the view from the balcony where modern skyscrapers are being erected at a rapid rate.

Recent paperbacks line the bookshelves and an old English clock chimes on the hour.

In Cambodia, Pringle has never been shy in standing up to the authorities who have a well-earned reputation for harassing journalists physically and through the courts when it suits them.

He backed The Phnom Penh Post when it was established by the American publisher Michael Hayes almost 25 years ago and was a part of a tight group, including Prime Minister Hun Sen, who were on hand for the lighting of the funeral casket of the King Father, Norodom Sihanouk following his death in 2012.

He said the Khmer Rouge Tribunal was important not only to find some kind of justice for the survivors of Pol Pot’s brutal regime but also to educate the younger generations about history and help to reconstruct a society that was smashed by three decades of war.

“The young generation, they don’t really understand what happened during the early wars here. What I am noticing in Asia is people don’t talk to their children about the hard lives they have had before.

“They try to put on a brave face about things. And the young people don’t really know how bad it’s been here, maybe one day they will find out,” Pringle, a long-standing member of the FCC, said.

Pringle with his wife Millie in Cambodian traditional dress in Mondulkiri, 2013.

This is why the tribunal, often maligned by reporters with limited knowledge of Cambodia or its history, is significant with convictions registered against the three surviving senior cadre and further cases underway or pending.

“It was well worth having. Only three people have been put away but it was very important that they did,” he said.

But on a different note he warned national elections due next year could turn nasty as in 2013 when the nation’s post-war baby-boomers sided with the opposition, angering Hun Sen and the ruling party which was returned but with a sharply reduced majority.

“I think he and his cronies will do their best to make sure that they get back into power again, no matter how they do it. They control all the guns and but there are tens of thousands of young people who will stand up against the regime, which has been in power for too long, for 32 years.”