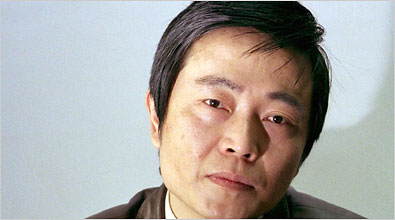 News website founder arrested. Huang Qi, founder of the website 64 Tianwang, was arrested at his home in Chengdu in Sichuan for “disclosing state secrets” – a charge frequently used against political opponents and which can be worth many years in prison.

Huang Qi, founder of the website 64 Tianwang, was arrested at his home in Chengdu in Sichuan.

“64 Tianwang is one of the few major online news sites in China,” says Virginie Dangles, editor of Reporters Without Borders. Twelve years after its founder Huang  was rewarded with the RWB’s cyber-dissident award, 64 Tianwang and its citizen journalists continue to suffer the systematic repression by Chinese authorities.”

One of the site’s staff Pu Fei was also taken away by police soon after the arrest after he posted a tweet (since deleted) about the disappearance of Huang. He was released a few days later. Since the arrest, many volunteers from the Tianwang Human Rights Centre have also been arrested and interrogated.

Myanmar reporter killed. Eleven Media reporter Soe Moe Tun, 35, was found dead with bruises and injuries to his face and head in Myanmar’s northwestern Sagaing region. Eleven Media Group, the owner and publisher of Daily Eleven, said on its website that Soe Moe Tun had been investigating a story on alleged illegal logging and wood smuggling. He had also reported on a recent seizure of narcotic stimulant tablets and a surge in new karaoke lounges in the region that allegedly operated as illegal brothels.

Nay Htun Naing, a Daily Eleven editor, said Soe Moe Tun’s reporting on sensitive subjects was the most likely motive for his murder.

Publisher shot in Philippines. Newspaper publisher Larry Que was shot in the head in December while entering an office building in Catanduanes province’s town of Virac. A gunman wearing a helmet and raincoat escaped on a motorcycle driven by an accomplice.

Que was publisher and columnist at Catanduanes News Now, a weekly community newspaper established in 2016. He was also the owner of a local insurance company and ran for mayor of Virac in an election he lost last May.

The number of journalists killed in the line of duty declined in 2016 from recent record levels as fewer journalists were targeted for murder, the Committee to Protect Journalists found in its annual analysis. Deaths in combat or crossfire ticked to their highest number since 2013 as conflicts in the Middle East dragged on.

At least 48 journalists were killed in relation to their work in 2016. CPJ is investigating the deaths of at least 27 more journalists during the year to determine whether they were work-related.

Historically, since 1992, about two-thirds of journalists killed are singled out for murder in retaliation for their work. This year, 18 journalists were targeted directly for murder, the lowest number since 2002. The reason for the decline is unclear, and could be a combination of factors including less risk-taking by the media, more efforts to bring global attention to the challenge of combatting impunity, and the use of other means to silence critical journalists.