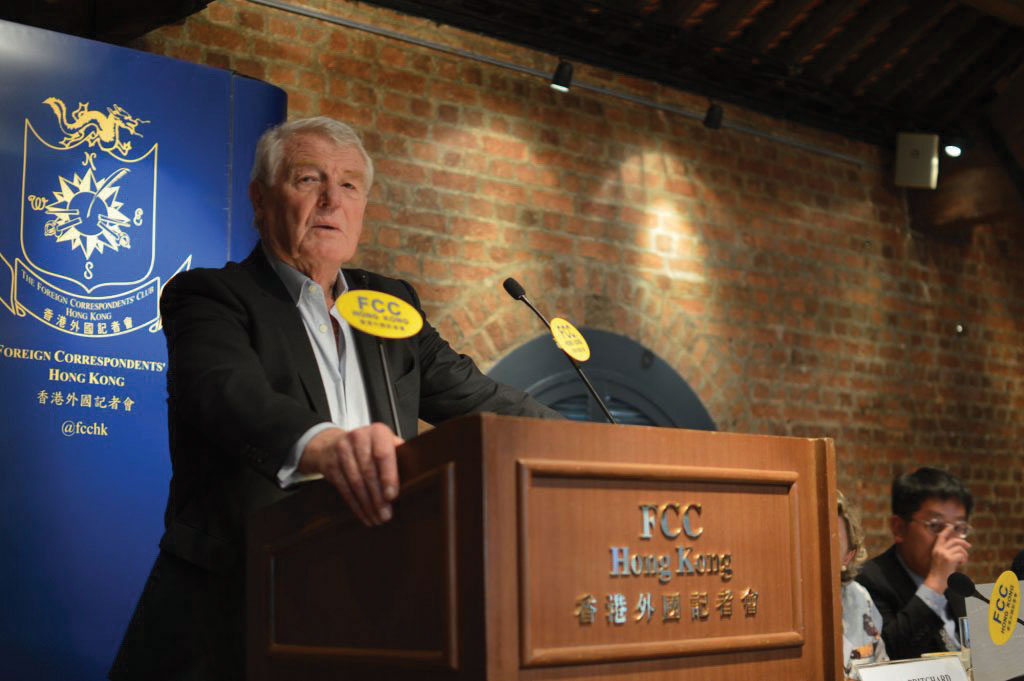 Lord Ashdown: Mutual respect between the US and China is key to peace

British peer Lord Paddy Ashdown was the guest speaker at a club lunch on November 28, where he shared his refreshingly frank views on the US-China relationship and a wide range of other issues.

Ashdown, the former leader of Britain’s Liberal Democrat party and onetime International High Representative for Bosnia and Herzegovina, has taken an active interest in Hong Kong’s political and social affairs throughout his long and varied career. He studied Mandarin in Hong Kong for three years in the 1960s while serving with the Royal Marines and joined Britain’s overseas Secret Intelligence Service (MI6) after leaving the military and before entering Parliament. He also took part in demonstrations in Hong Kong in the aftermath of the Tiananmen Square protests in Beijing during 1989, and led the call for the then colony’s UK passport holders to have the Right of Abode in Britain.

Ashdown’s core message to the well-attended lunch was that peace in the future will depend on two questions: How will the US cope with its relative decline and how will China behave as a rising superpower? His view is that the world is currently transitioning from a unipolar system dominated by the US to a bipolar polity where China has an undisputed seat at the table.

The means by which new powers rise and the causes of decline among the mature nations have historically served to determine whether there is peace or conflict. China is working hard to be seen as a good “world citizen”, engaging constructively with the World Trade Organisation, participating in United Nations peacekeeping missions, helping with international disaster relief efforts and generally seeking to engage with the wider world. 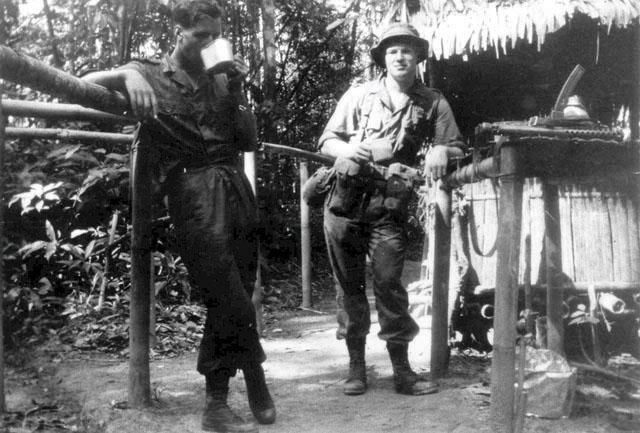 Ashdown as a soldier in the Malayan Emergency in the 1960s.

In contrast, US President Donald Trump’s policies that emphasise isolationism, protectionism and confrontation with China are ”foolish and dangerous”, not least because abandoning Washington’s leadership of the multi-lateral space creates a vacuum China has shown itself only too willing to fill. Ashdown believes the US should in its own interests remain engaged, form alliances and promote as the best way to avoid what a growing number of analysts consider to be the next area of confrontation – the Pacific Basin – if China’s core economic, security and diplomatic interests are needlessly and provocatively challenged.

In Ashdown’s phrase, we should remain “wary and alert” to these dangers as China seemingly reverts to the attitudes and rhetoric of the “old China” that many observers had assumed was discarded during the era of economic liberalisation. While this has manifestly not occurred, Ashdown remains optimistic, arguing that, “I know of no instance in history where the sustainable greatness of a nation has been built on a market that is free and a public voice that is suppressed.” 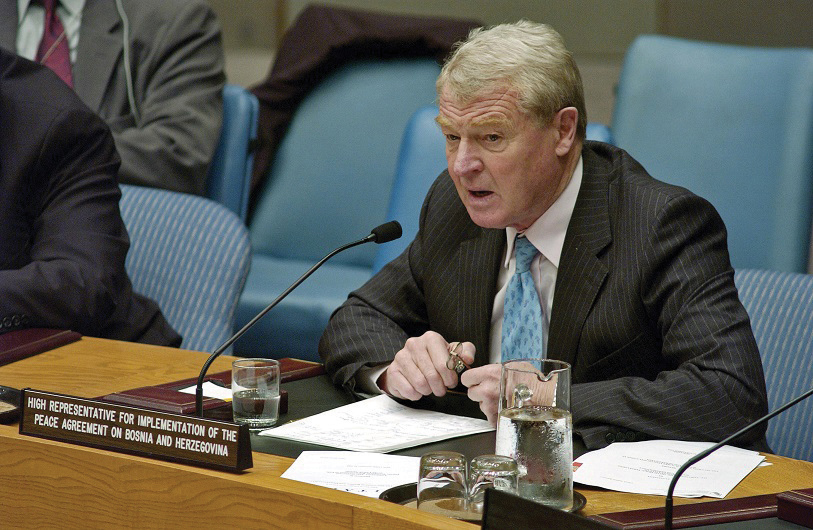 Ashdown as International High Representative for Bosnia.
Security Council Meeting: The situation in Bosnia and Herzegovina.

His optimism also encompasses Hong Kong, noting that the world is watching how Beijing deals with the territory. “If China wants genuinely to pursue a soft power policy… it’s not going to help by taking a hard line against Hong Kong.” He added that it would be foolish for China to wreck the unique relationship it has with Hong Kong, while observing that the formula “‘One Country, Two Systems’ is far easier as a slogan than it is to put into practice”.

Ashdown’s overall message was that working as a team is far better – and safer – than going it alone. He suggested, for example, that Australia should engage more with ASEAN and Europe should remain united, scathingly commenting that Brexit “will go down in history as one of the most extraordinary examples of a country doing itself gross self-harm while in full possession of its faculties… we have one of the most dysfunctional, dystopian governments I have ever known… this government couldn’t deliver the Sunday papers without a scrap.”

An optimist to the end, however, Ashdown concluded that such political incoherence and ineptitude could ultimately lead to Brexit simply not happening in any meaningful way.

Paddy Ashdown, in Hong Kong on a fact-finding tour, said he would “favour very strongly the BNO being extended to the right of abode if it is the case that the conditions in Hong Kong are created by whatever force that enables those who hold the BNO passport to feel so vulnerable that they can’t live here any longer”.

However, the SAR passport “is probably a better travel document than the BNO”, he added.

The BNO (British Nationals Overseas) passport was created in 1987 and is issued to permanent residents of Hong Kong. Holders can visit the UK for up to six months.

“We must ensure that Britain fulfils its legal and duty of honour to Hong Kong and we’ll be doing that. It will look at the actions of both sides and it will act as a whistleblower.”

Ashdown criticised Britain’s handling of Hong Kong’s handover to China, saying there was a degree of hypocrisy beneath its calls for democracy.

“British rule in Hong Kong was economically successful, but politically it was shameful,” he said, adding that a promise that the city “would never have to walk alone” is not a promise that “can be broken because it proves inconvenient to a British government obsessed with finding trade deals because it wishes to be outside Europe”.

“What happens next here in Hong Kong will be judged by a watching world,” he said.