News The Correspondent Macau looks for a delicate ... 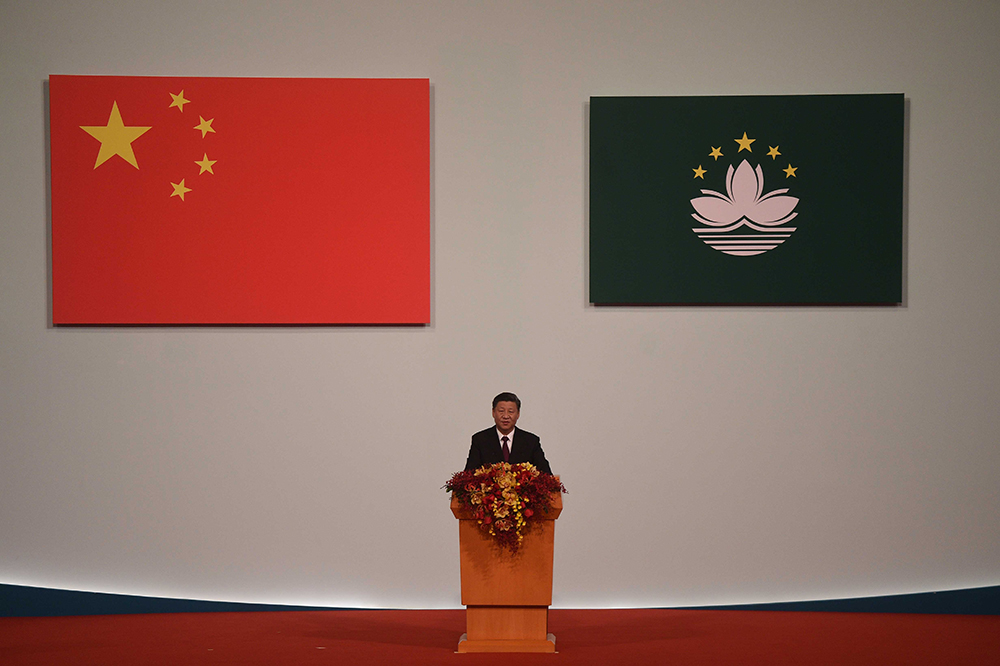 Macau, ‘poster child’ of the One Country Two Systems policy, celebrated the 20th anniversary of its handover to China last month. José Carlos Matias reflects on the ‘fragile but hopefully resilient’ city.

The 20th anniversary of Macau’s handover from Portugal to China came at a critical juncture for China, at the end of a challenging year for Beijing due to the seemingly never-ending crisis in Hong Kong and against the backdrop of the U.S.-China trade war.

For the Central Government and for the local Macau SAR Government it was high time to affirm the success story of the implementation of the One Country Two Systems (OCTS) policy in the former Portuguese colony. Macau is lauded as the “poster child” of OCTS.

The contrast with Hong Kong is conspicuous. In his speeches during the three-day visit starting December 18, President Xi Jinping highlighted the local residents’ respect and embrace of patriotism and the huge economic progress that was achieved since 1999, thanks to the full support of Beijing.

In fact, Macau has experienced staggering growth and development that few could have anticipated. The city’s gross domestic product skyrocketed, posting an eight-fold increase, while the unemployment rate declined from 6.2 per cent to just 1.8 per cent and the average monthly income of citizens more than tripled.

The opening of the first post-monopoly foreign-owned casinos – Sands in 2004 – was the game and gambling changer, transforming the city’s urban landscape and socioeconomic dynamics.

In 2002 Macau approved the new gaming law, paving the way for the opening up of the casino industry; in 2003 the Central Government launched the Forum for Economic and Trade Cooperation between China and the Portuguese-Speaking Countries, with the headquarters in Macau; and in 2009 the local Legislative Assembly gave the green light to the national security law, fulfilling what is spelled out in Article 23 of the Basic Law.

In sharp contrast with Hong Kong, where the attempt to enact a national security act ignited large-scale protests [in 2003] that not only defeated the bill but ultimately led to the demise of the Tung Chee-hwa administration, in Macau the bill was approved without significant opposition; it in fact had wide support among local social and political groups.

What we have witnessed over the past seven months in Hong Kong could not be more telling about the divergent paths followed by the two cities. There was not a single rally or assembly in support of the Hong Kong movement here, as there is a broad sense of belonging to the People’s Republic of China. This is explained by significant improvement in the people’s livelihood and public security coupled with historical, sociological and demographic factors. 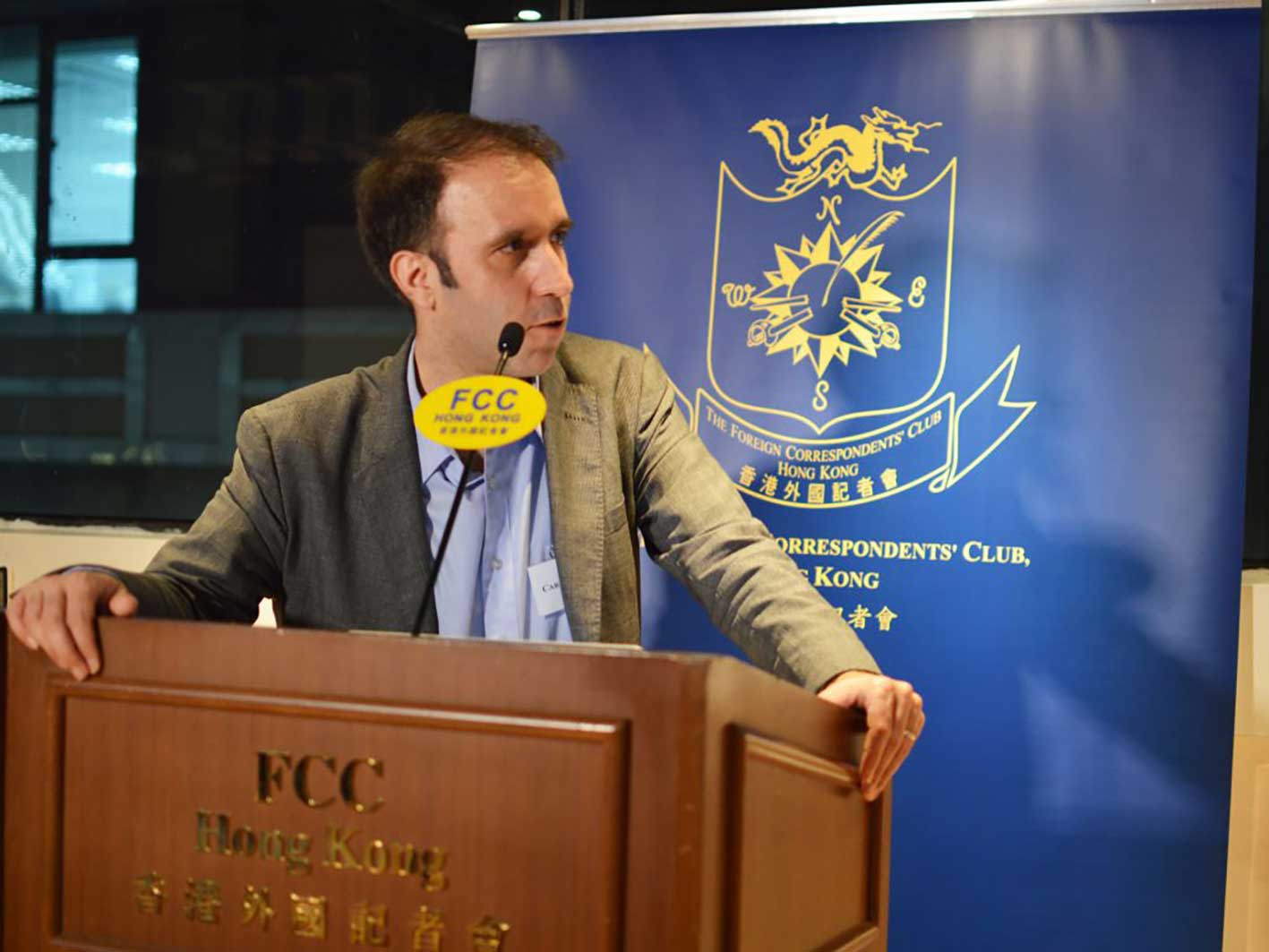 José Carlos Matias is a Macau-based journalist and researcher. He currently serves as president of the Board of Directors of the Macau Portuguese and English Press Association.

However, another reason stands out: authorities rejected three bids for assemblies and rallies in condemnation of police violence in Hong Kong. Civil rights groups and some lawyers denounced the decisions as unfounded restrictions to freedom of assembly and freedom of expression, enshrined in the Macau Basic Law.

The situation in Hong Kong is starting to impact Macau’s economy; visitor arrivals saw an 11 per cent decline in November, the first year-on-year decrease of 2019.

As Macau enters the third decade of the 50-year special period, the city’s stability and prosperity seem sound and solid. Still, a number of challenges loom. The most noticeable one regards the SAR’s dependence on the gaming industry, which accounts for more than 80 per cent of public revenue. The much-needed diversification is yet to take off. There have been hints that new financial services will be launched alongside other moves to bring the development of Hengqin Island more in line with Macau’s to meet the aim of turning Macau into a world tourism and leisure centre.

The development of the business and cultural platform with Portuguese-speaking countries is taking shape but it is still far from being fully utilized. In the meantime, Macau’s participation in the Greater Bay Area plan is regarded as a key path to bring about a more sustainable and diversified economic model.

However, the goals may not be attainable without improved governance and a more efficient government. At the same time, it is necessary to tackle the side effects of the gaming boom such as income inequality, unaffordable housing or human resources shortages.

While moving forward Macau also needs to strike a delicate and crucial balance between the benefits of regional integration and the risks attached to it, namely in terms of autonomy, as the rule of law, local culture, individual freedoms and way of life are, in some ways, increasingly under pressure.

The city’s distinctive features are priceless but also fragile, like porcelain, and hopefully resilient like a lotus flower (the city’s symbol) with its roots based in mud, submerged at night but re-emerging every morning without residue on its petals.

The author is a Macau-based journalist and researcher. He currently serves as president of the Board of Directors of the Macau Portuguese and English Press Association.

MODEL OF STABILITY WAS ONCE IN THE VORTEX OF VIOLENCE

These days Chinese officials from Beijing are fond of holding up Macau as a role model for stability, compared to Hong Kong which has been wracked by more than six months of unrest.

But in the late 1990s, as the two territories were separately preparing to revert to Chinese control, Hong Kong was largely peaceful, the only rancour being the political and legal debates about the makeup of the Legislative Council and future direct elections.

In Macau, there was literally blood in the streets. 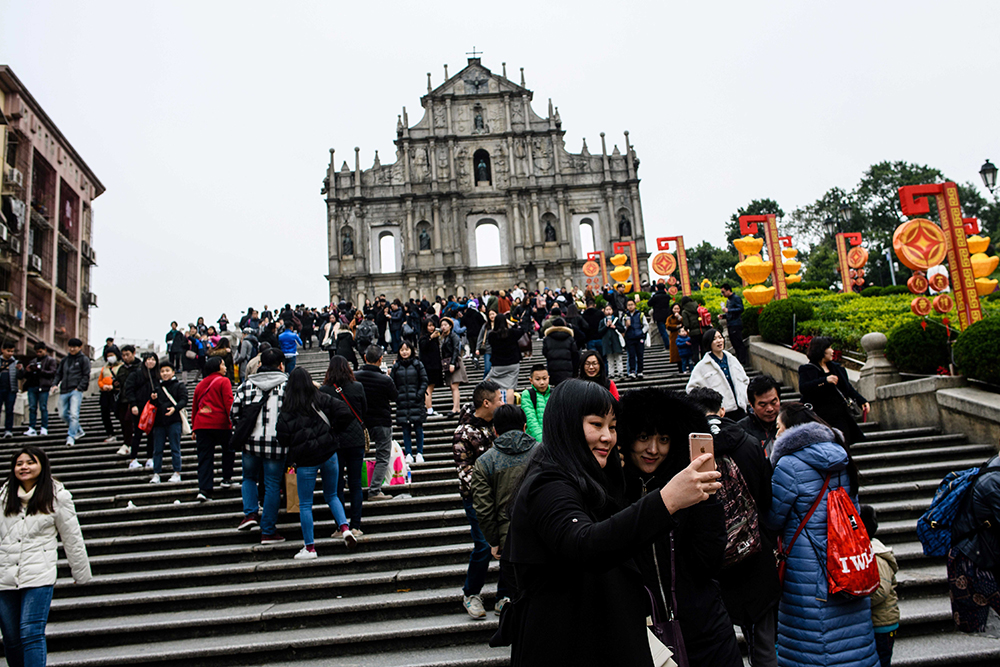 In 1997, just before Hong Kong’s handover, at least 14 people were killed in Macau as the notorious 14K triad and the rival Shui Fong, or Water Room triad, battled for control of the lucrative gambling industry. One of the more sensational attacks was the May 4 ambush slaying of three 14K members gunned down in their car on one of Macau’s busiest commercial streets. Among the victims was the righthand man of 14K’s leader, Wan “Broken Tooth” Kuok-koi.

In an earlier brazen assault, gambling kingpin Lam Pui-chang was killed with three bullets to the stomach close to the Hyatt Regency Hotel. In a horrific attack meant to maim and not kill, 11 teenagers were slashed with knives in a video game parlour in a dispute over protection payments.

Portuguese officials trying to control the chaos became targets. The chief gambling inspector was gunned down during lunch. In 1998, a bomb was placed under the car of Portuguese police chief Antonio Marques Baptista, known as “Rambo,” who was saved by his dog who sniffed out the device before his car exploded.

On a single day in May 1998, two dozen firebombs exploded across Macau in retaliation for “Broken Tooth” Koi’s arrest. He was convicted in 1999 and spent 13-plus years in prison. He’s now out hawking cryptocurrency and investing in Cambodia.

Chinese rule and the internationalisation of the casino business has largely sidelined the Macau triads. Chinese officials now look at Hong Kong and decry the violence and unrest, compared to staid and stable Macau. But 20 years ago, the situations were reversed.

As the Hong Kong Standard wrote in a 1997 editorial: “The once sleepy hollow of Macau is waking up. To the sound of gunfire.”