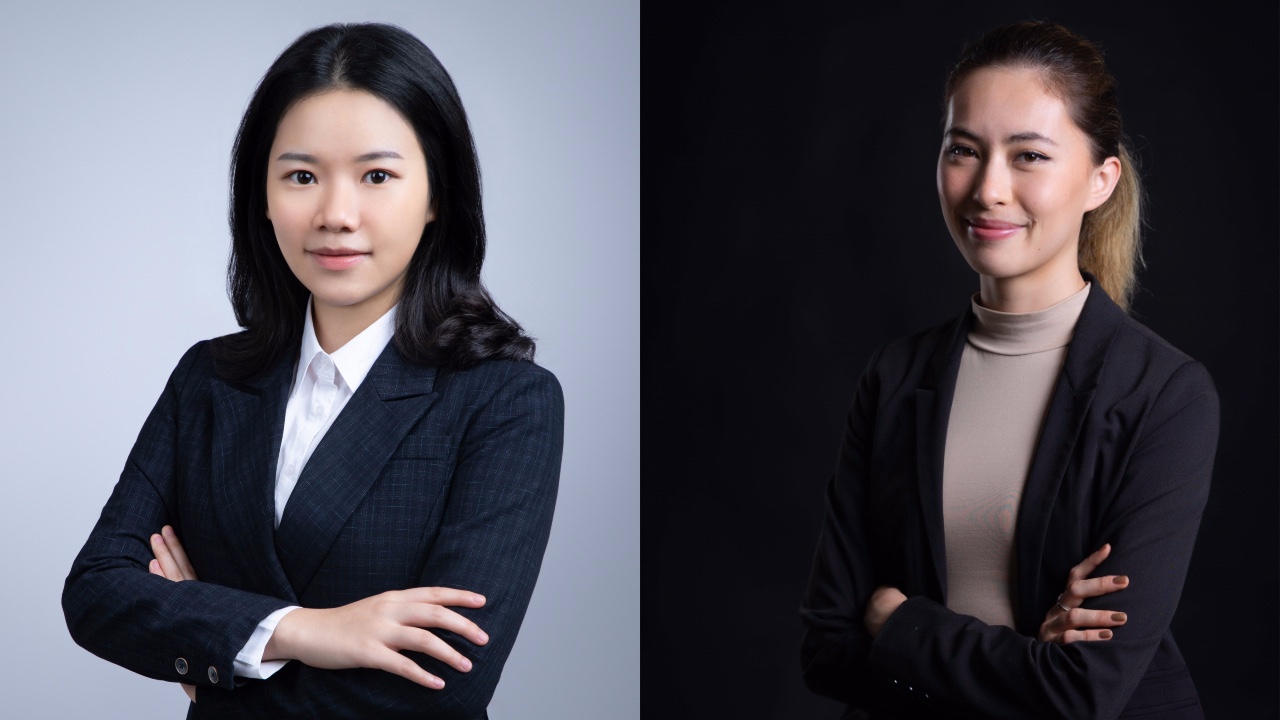 The FCC is delighted to introduce this year’s Clare Hollingworth Fellows, Tiffany Liang and Jennifer Creery. Marianna Cerini caught up with these ambitious young journalists to learn more about their accomplishments and aspirations.

The late Clare Hollingworth had the scoop of the century. At 27 years old, the intrepid journalist broke the story of Germany’s invasion of Poland in 1939 while working for British newspaper The Daily Telegraph.

A remarkable career unfolded from there, taking her from Eastern Europe during World War II to the Balkans and North Africa, the battlefields of the Greek and Algerian civil wars to the Vietnam War. In the early 1980s, she retired to Hong Kong, where she lived for the next few decades. Hollingworth, who was a club member for more than 40 years, died in 2017 at 105 years old.

In honour of her legacy, in 2019 the FCC established the annual Clare Hollingworth Fellowship, which aims to cultivate the talents of early career journalists and current journalism students in Hong Kong.

This August, the FCC announced the second pair of fellows: Tiffany Liang and Jennifer Creery. Both young journalists, who share a strong interest in social issues and political reporting, have made impressive strides since they began their careers, at The Washington Post and Hong Kong Free Press, respectively. Here, they share their personal stories, proudest moments and plans for the future.

Tiffany Liang: ‘I love how journalism challenges you’

Born and bred in Guangzhou, Tiffany Liang took an interest in journalism from a young age. As a child, she recalls pretending to be a news broadcaster in her living room, using a remote control as a microphone and role-playing scenes. As an undergraduate at Guangzhou University, she studied broadcasting and TV, spending a semester in Taipei. She pursued trainee programmes at every opportunity, and honed her writing and reporting skills at news organisations like Southern Metropolis Daily and RTHK Putonghua Radio.

In 2018, Liang relocated to Hong Kong where she earned a Master of Arts in International Journalism Studies at Hong Kong Baptist University. Fresh out of university, she landed a junior reporter role on the investigative reporting team at online news portal HK01.

“As cliché as it sounds, I’d always wanted to be a journalist,” says the 25-year-old. “Coming to Hong Kong was an obvious decision to ensure I could really achieve that, given the press freedom constraints we have in mainland China.”

Keen to learn more about Hong Kong, Liang turned her focus to government policy to better familiarise herself with the inner workings of the city. “I love a challenge and learning new things,” she explains, “so this seemed like the perfect opportunity to me.”

In June 2019, she left HK01 and soon landed a translation gig at The Washington Post. “I guess Shibani Mahtani [The Post’s Southeast Asia and Hong Kong bureau chief] had noticed my name in the past. One day, she got in touch to ask if I could help with a translation. I did, and well, here I am today.”

During last year’s protests, Liang covered the turmoil engulfing the city with longer feature writing. “The switch has been nothing short of amazing in terms of my professional growth,” she says. “I am thrilled to be working on longer, in-depth human-interest stories that shine light on people and social issues. The Post has offered me immense mentorship in that sense.”

Among the features she’s most proud of, Liang names an investigative reporting piece on police brutality, which won the award for investigative feature writing at the 24th Human Rights Press Awards 2020. The feature exposed leaked law enforcement manuals containing guidelines that had been ignored by police during confrontations with protesters.

“I spent a lot of time on [this story], and was particularly proud of the impact it had – not just among our [international] readers but Hong Kong society at large.”

“Both the award and the Clare Hollingworth Fellowship still seem so surreal to me,” Liang says. “To have my work recognised this way – I would have never dreamed of it.” Looking ahead, Liang hopes to continue uncovering important social issues, but she’s also exploring other areas of specialisation. “I’ve started taking a course on financial journalism,” she says. “It’s good to keep options open, especially as things are changing so fast here.”

Jennifer Creery: ‘I am extremely proud of the work we do’

Born in Hong Kong and raised in the UK, Jennifer Creery started her journalistic career in Taiwan – her first stop after graduating with a degree in English literature from King’s College London.

“I initially went to Taiwan to study Mandarin at National Taiwan University on a Huayu Enrichment Scholarship,” she recalls, “but my end goal was always to become a journalist in Asia.”

Upon completing her language course, she set out to do just that. Creery started freelancing in Taipei and soon connected with Tom Grundy, the editor-in-chief and co-founder of Hong Kong Free Press. He hired her as a production editor, bringing Creery back to Hong Kong in 2018.

“I’d always been interested in the geopolitics of the region, and Hong Kong in particular,” says the 25-year-old. “The move felt like the next natural step in my career.”

About a year later, in December 2019, Grundy promoted her to managing editor. “It’s been a truly formative journey,” she says. “And I’ve been lucky in that I was provided with a lot of support and training from the start. The team showed me the ropes, which has helped me grow as a reporter and editor. I’m grateful for that.”

Creery files a story amid clashes outside LegCo in 2019. Photo: Jennifer Creery/HKFP

Since joining Hong Kong Free Press, Creery has reported on the city’s anti-extradition law protests, the coronavirus outbreak and ongoing political developments. “I’ve also had the opportunity to cover local issues and minority rights, which are [two things] I’m very passionate about,” she says.

In her new role, Creery writes, assigns and edits articles, as well as manages the site’s daily operations. “We’re a small media room, so everyone handles different things at once,” she explains. “That makes the job all the more varied and interesting.”

Creery points to Hong Kong Free Press’s coverage of the 2019 protests as an example. “We took shifts on the ground, particularly during the Polytechnic University siege, producing videos, investigative work and multimedia features. I’m in awe of what we achieved considering the size of the team.” A deep-rooted desire to report on social issues and verify stories, particularly in the age of rampant fake news, drives Creery every day.

“I strongly believe in freedom of information, and the public’s right to know. [Quality journalism] enables people to make informed decisions on how they wish to run society and their government, and hold those in power accountable,” she says. “When [society] can’t change policies through civic action, our reporting can at the very least act as a historical record of those efforts. Through my work, I hope to do my part in that.”