News The Correspondent Meet the Board: Part Two 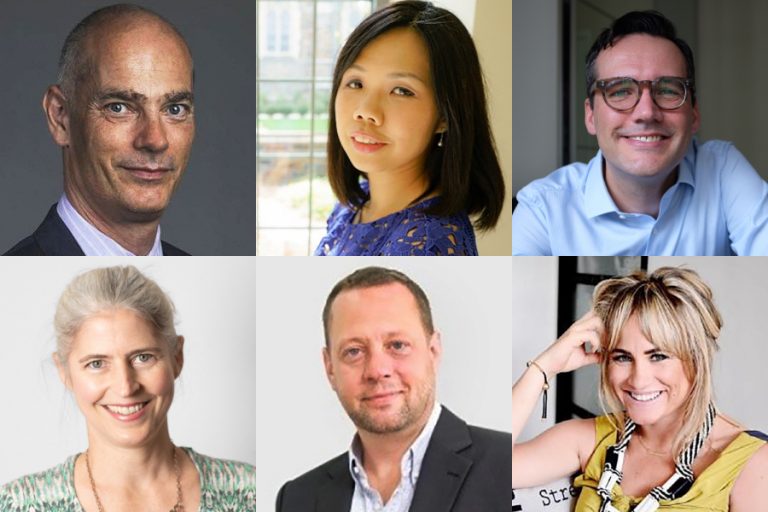 Meet the Board: Part Two

Ed Peters profiles more FCC Board members, who were elected last May for the 2021-2022 term. How did our governors come to join the FCC, what new experiences are coming down the pipeline, and what keeps them busy from day to day? We threw a few softballs at the Board and pressed them on the club’s future, too. 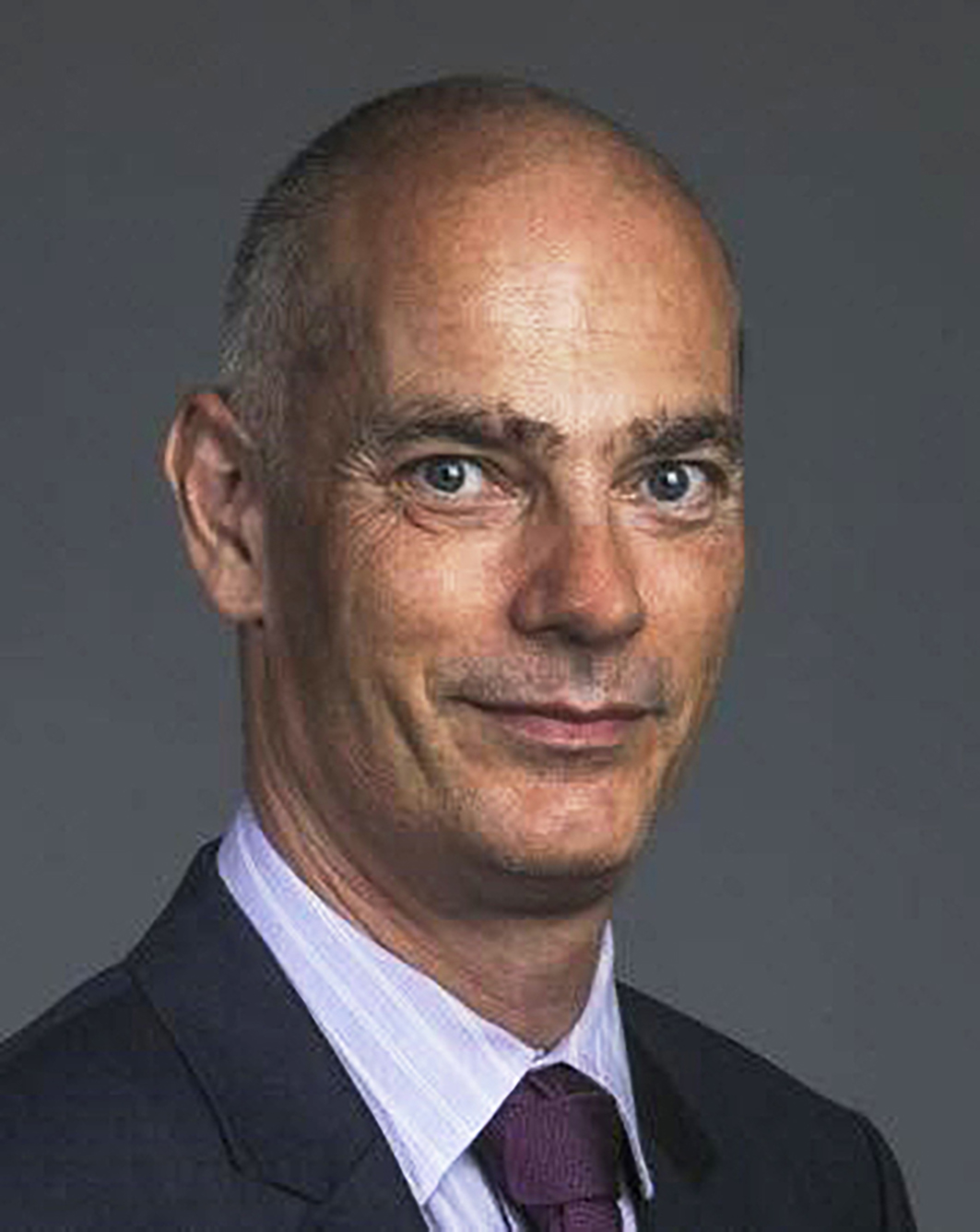 On-the-job training really meant something when Cliff Buddle started out with a London news agency, where he found himself covering a murder case at the Old Bailey Central Criminal Court on his first day. A dozen years later he heard of a job at the South China Morning Post.

“I was looking for a new adventure – I had no idea what it would be like in Hong Kong, never having visited before. I arrived with just a suitcase and headed straight for the newsroom in Quarry Bay. This was 1994, an exciting time as the city prepared for the Handover.”

Having started as a court reporter, Buddle has since been opinion page editor, news editor, chief leader writer, deputy editor and acting editor-in-chief. He is currently special projects editor and also writes columns.

A long-term FCC member, this is his seventh consecutive year as a Journalist Member Governor, and he has performed extensive work on the club’s articles of association and bylaws.

“The club, like Hong Kong, has been through some challenging times in recent years but remains strong. It must remain a powerful voice in defence of press freedom, a platform for free discussion and, of course, a wonderful place to meet friends for a drink and a meal.”

Hometown: Enfield, North London, England
Day job: Special Projects Editor, SCMP
Favourite dish: Chicken tikka
Tipple: Sauvignon Blanc or Burgundy
The FCC in a nutshell: “A home-from-home for journalists and a beacon for press freedom.”
Vision for the club: “I would like to see more young people, especially young journalists, join the club.” 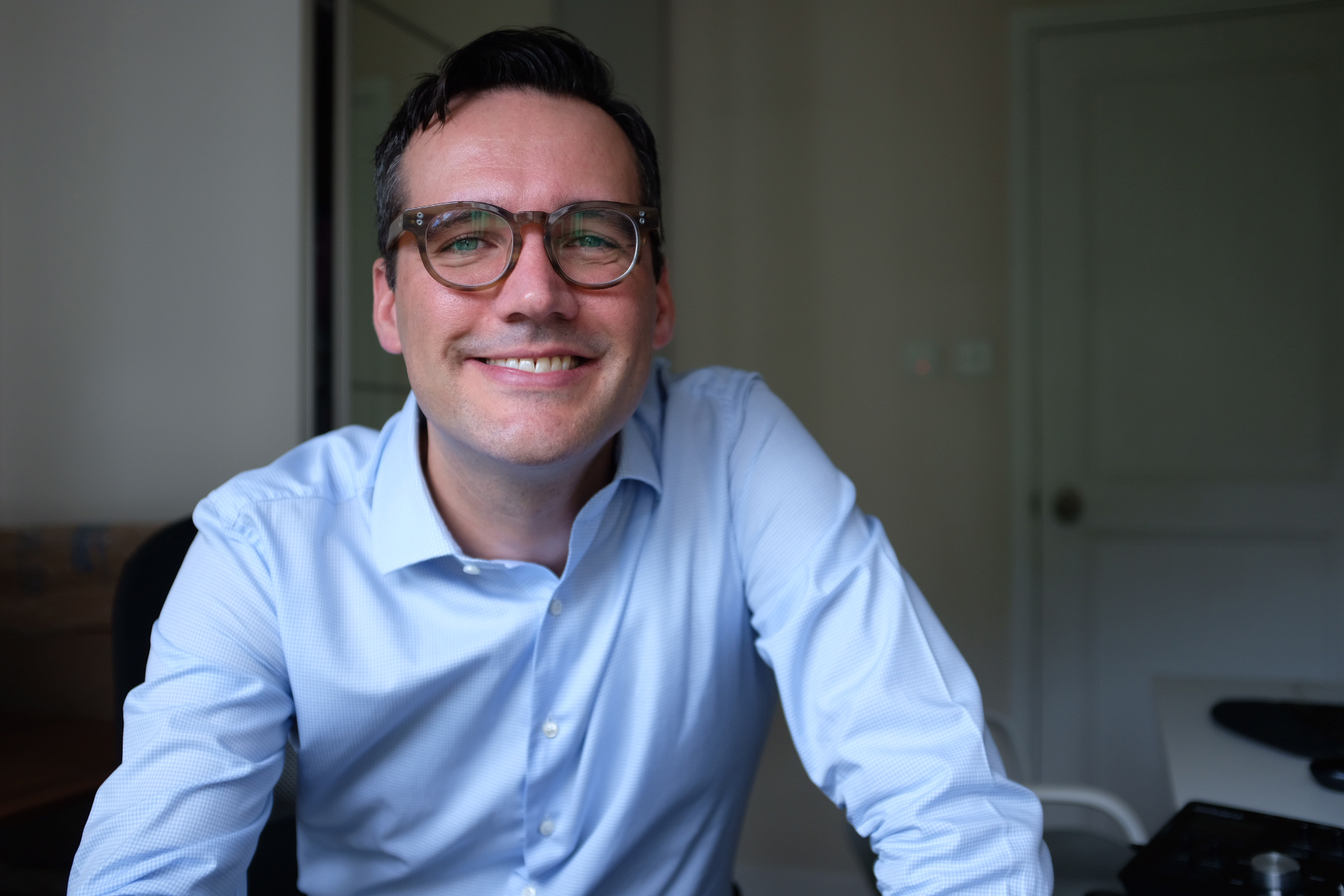 Former Globe and Mail reporter Iain Marlow’s memories of his initial visit to the FCC in 2016 mirror hundreds of other first-timers’. “The place was buzzing; one guy was holding two bottles of Champagne; everyone I met was whip-smart, engaged and friendly. I thought: ‘This place is amazing.’”

Marlow became a member almost immediately after moving to Hong Kong three years later, having discovered the FCC South Asia, also housed in a heritage building, while working for Bloomberg in New Delhi. “The club in Hong Kong is just around the corner from our office, so it’s effectively our local.” It wasn’t long before he joined the Board, and he is now a passionate member of three committees: press freedom, professional and communications.

“As the city shifts beneath our feet, we need to keep the foundations of the FCC strong. That means navigating the new political reality in Hong Kong. We must also maintain our reputation as a lively hub for debate about the issues that matter to our members,” he says.

“A lot of this requires a fine balancing of priorities. And I think the FCC’s current Board and amazing staff are doing a great job of doing that in very challenging times.”

Hometown: Pickering, Ontario, Canada
Day job: Senior Reporter, Bloomberg News
Favourite dish: Burger, Caesar salad or chicken tikka masala
Tipple: Sauvignon Blanc or IPA
The FCC in a nutshell: “The only place I want to go.”
Vision for the club: “Even in these uncertain times, we need to keep speaking out on press freedom.” 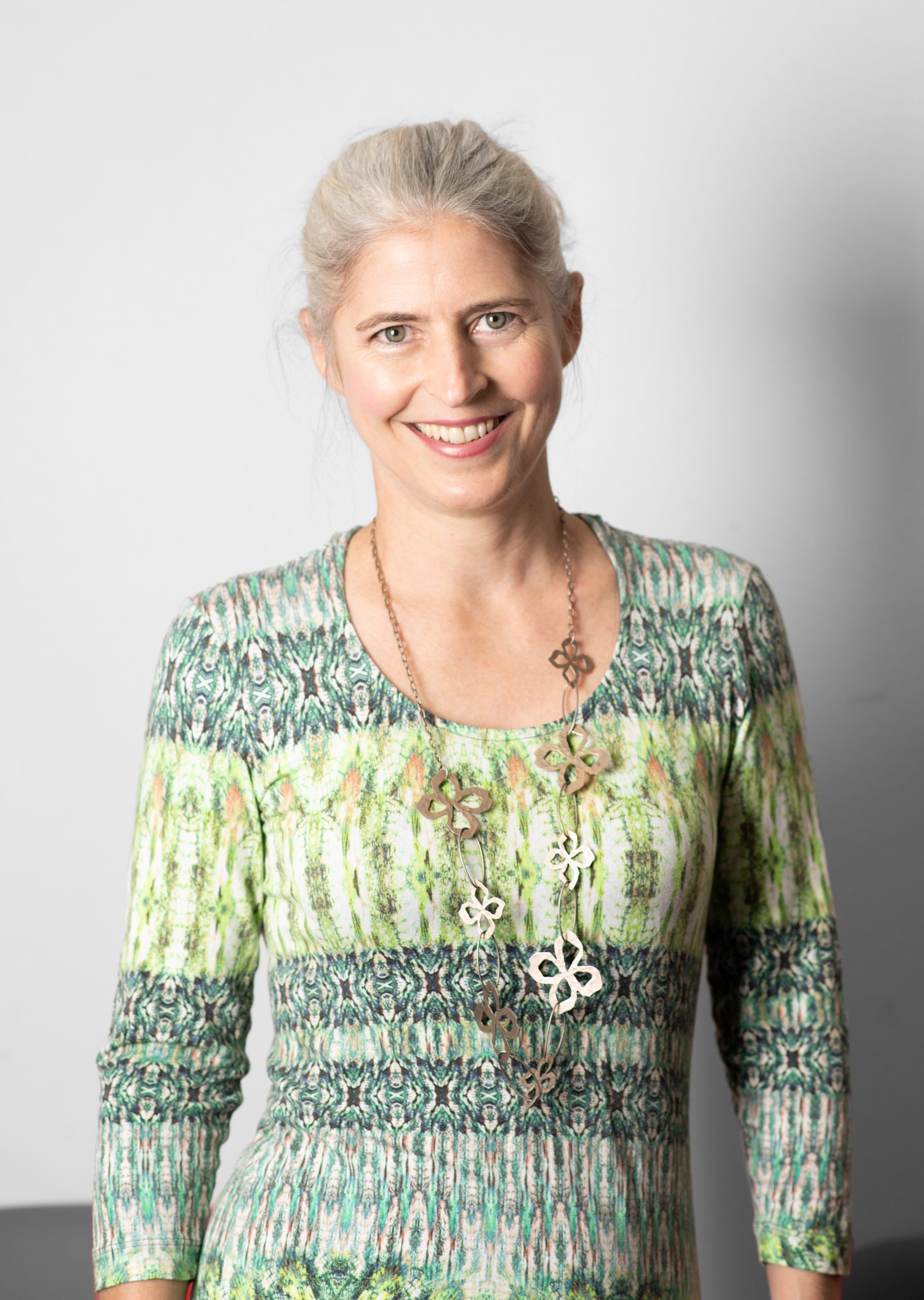 Having studied Chinese at university, Lucy Colback drifted into banking and then, fortuitously, into writing the Lex column for the Financial Times (FT), which she describes as “the best seat in journalism”. The job was based in Hong Kong, so joining the FCC was a logical step.

“I nearly quit [the FCC] when I left the FT as I didn’t think I could justify the expense – but the club became an essential centre for me while living on Peng Chau, so I’m glad I didn’t resign.”

While writing about responsible corporate behaviour (“payback after years as a financier caring only about the numbers”) and compiling a book of World War II veterans’ memories, Colback sits on the finance committee (“I like seeing the inner workings”), the communications committee, and is hoping to get more involved with food and beverage.

Vis-à-vis the club, she says: “We’re in very tricky times with the political backdrop, and the position of the media is quite uncertain. I am proud to be a member of a club which supports open debate and hope we can maintain that even in the current climate.”

Hometown: Hong Kong, but originally Newcastle-upon-Tyne, England
Day job: Chairman, Mandarin Shipping
Tipple: Correspondent’s Choice red wine
Favourite dish: The Chinese menu’s chicken and shallots
Describe the FCC in three words: “My second home”
Vision for the club: “I see the FCC continuing its critical role of being an independent, objective and balanced platform to hear the views of all parties, no matter what side of the spectrum they belong.” 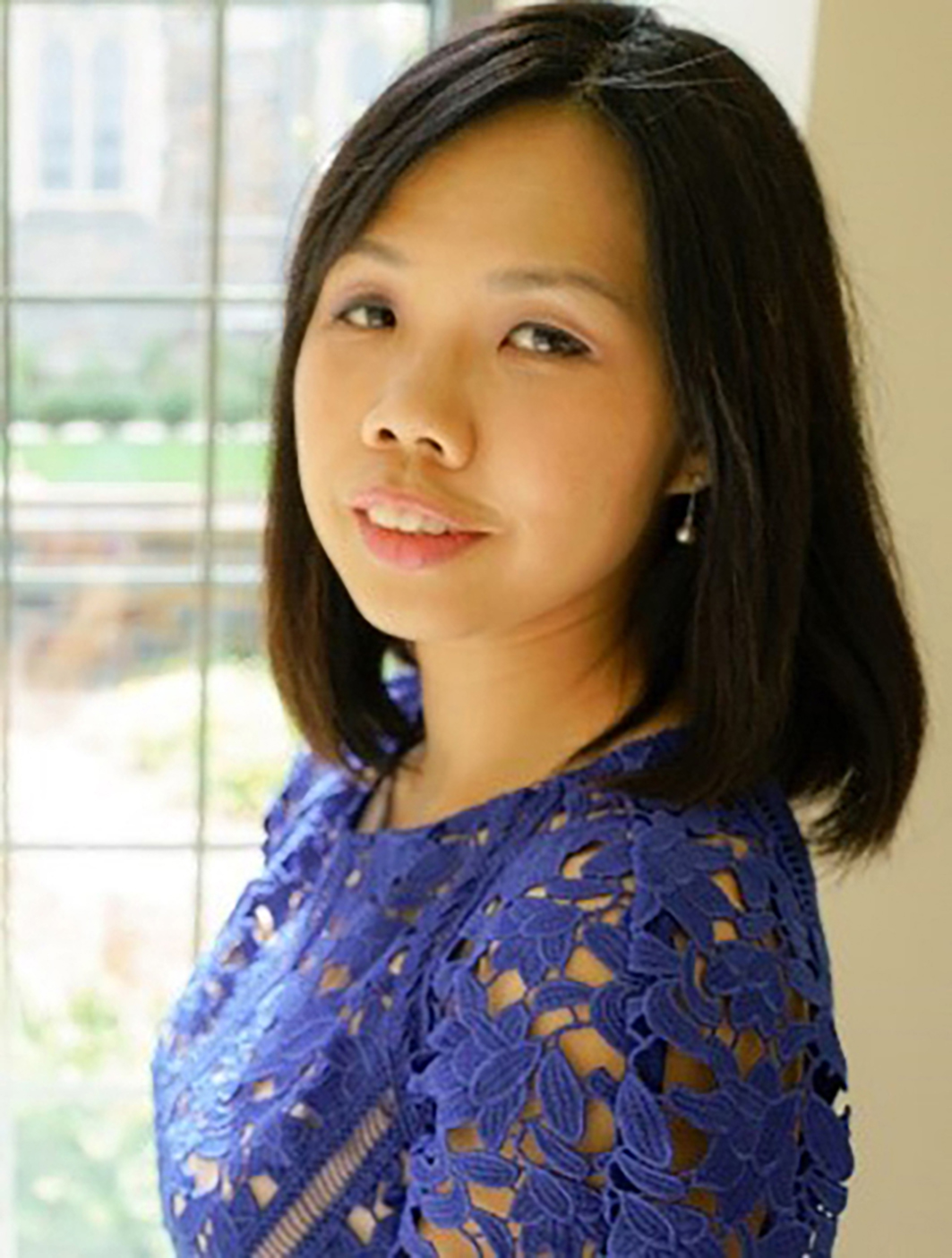 Zela Chin took a well-trodden path into journalism: an internship at university, followed by a stint at CNN headquarters in Atlanta, Georgia, and then – having fallen for Hong Kong hook, line and sinker – signing up with TVB as a business features reporter.

She was quick to latch onto the club’s promotional deal for tyro journalists back in 2011. “At HK$250 per month, for access to stellar journalists, amazing guest speakers, and affordable meals in the middle of Central, how could I refuse?”

In her first months on the Board, Chin has been impressed with how much work goes on behind the scenes to keep the club buzzing, whether organising talks with newsmakers or finding chefs for the themed dinners.

She’s keen to share the club’s message with non-members, too. “I represented the Board at a dinner with the Foreign Ministry. We are working hard to develop relationships with government officials and to ensure the renewal of the building’s lease.”

Chin is also looking forward to working with the Charity Committee. “I want to leverage my connections with local NGOs, and social enterprises garnered from my time as a documentary producer to help the FCC further its charitable involvement.”

Hometown: Los Angeles, California, US
Day job: Principal Reporter, Money Matters, TVB Pearl
Favourite dish: Garoupa claypot
Tipple: Champagne
The FCC in a nutshell: A place “where everybody knows your name.”
Vision for the club: “It’s a tumultuous time in Hong Kong, and I hope the club can navigate these uncertain waters while staying true to our mission as a defender of press freedom.” 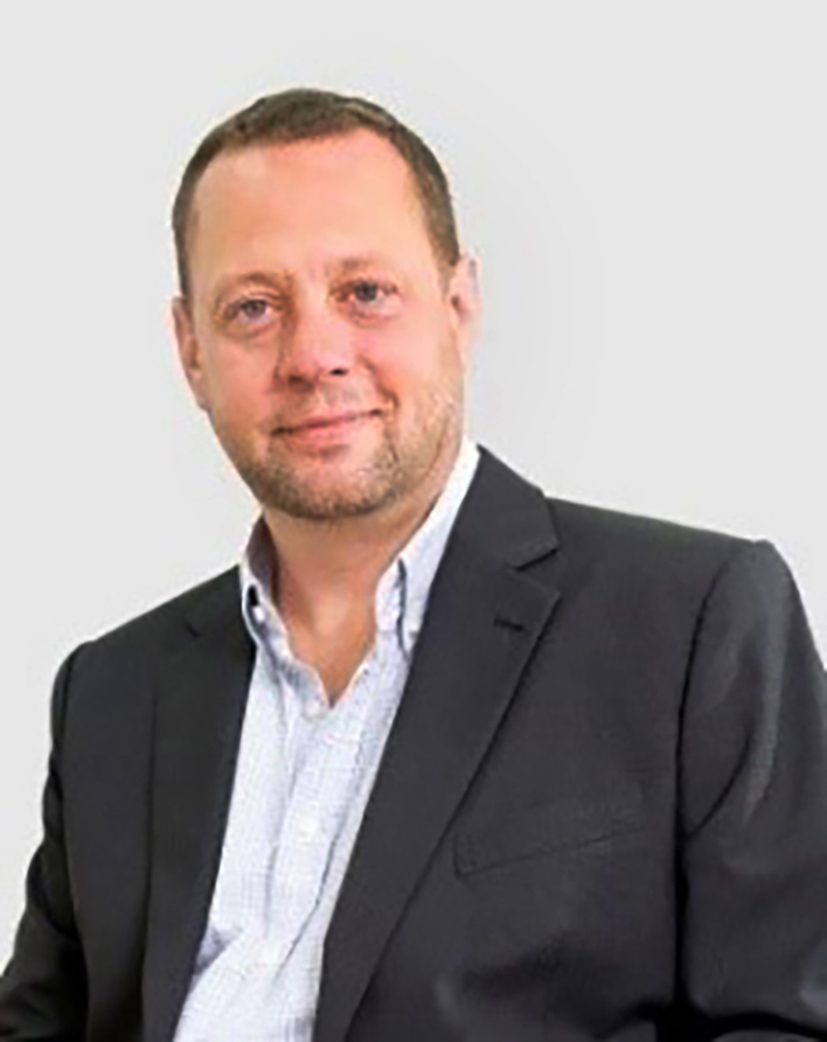 “How could you be a journalist here and not be a member?” Having taken on numerous jobs in the past three decades, entailing various changes in membership status, he is now back in Associate mode.

“Associates make up the largest body of members by a huge margin, and although by design we have fewer Board seats and less political power, our contribution to the club’s ongoing relevance and continued future is critical,” he says. “I work to ensure that contribution is both recognised and appreciated.”

Like everyone in the FCC, Slaughter remains deeply committed to press freedom and the protection of journalists, and believes that the FCC must remain a bastion of those principles.

“These days, I’m focused on the Building Project and Maintenance Committee, which deals with the upkeep of our heritage premises. Over many years on the Wall Committee, with various others, I helped establish us as a leading exhibition destination for photojournalists and photographers from Hong Kong, Asia and around the world.”

Hometown: Denver, Colorado, US
Day job: Consultant, Asia-Pacific Satellite Communications Council
Favourite dish: Sausage rolls
Tipple: Coke Zero or Taiwanese oolong tea
The FCC in a nutshell: “The best living room I’ve ever had.”
Vision for the club: “We have a future. It might not look like the present, and maybe it will look like our (chequered) past, but the FCC will endure.” 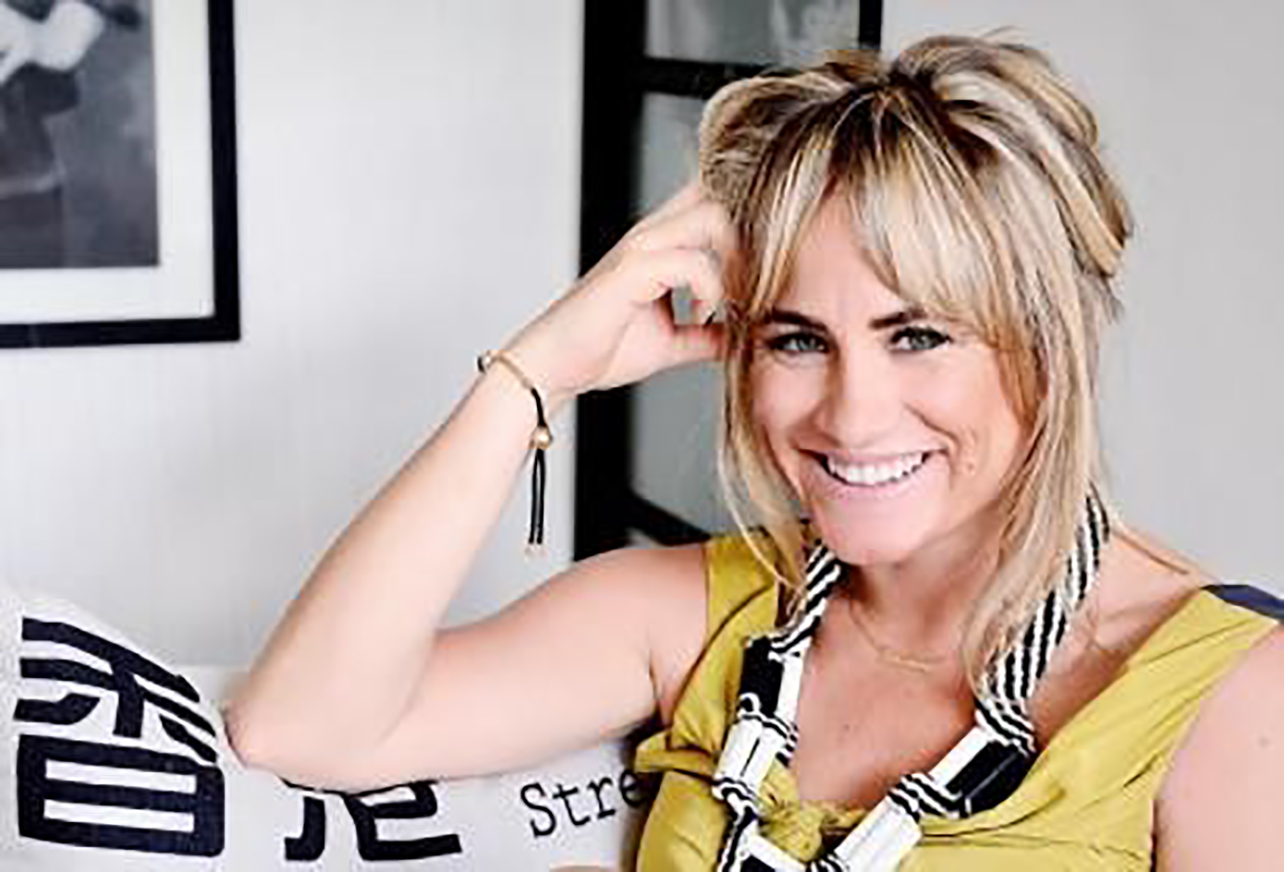 Genavieve Alexander moved to Hong Kong a decade ago after spotting the rising opportunity for PR in Asia, with many Western lifestyle brands looking to move east. Former years in brand strategy at Marks & Spencer and LVMH inspired her to set up Genavieve.Co in 2012.

She joined the club as soon as possible, having heard of it at London’s Frontline Club (a reciprocal of the FCC). “One of my passions is working with brands of great history and legacy, keeping them current, evolving and timeless: and for me, the FCC is just that,” says Alexander.

In 2018 she joined the Board, guiding its communications strategy, coming up with F&B concepts and enhancing the club’s website, magazine, and social media platforms to accelerate engagement, and ultimately, membership.

As a female entrepreneur, Alexander has suggested varied topics and speakers to balance club conversations and hosted events with organisations, such as Female Entrepreneurs Worldwide. She hopes to plan a breakfast series to further women’s engagement and attract new members.

“This year will mark the 40th anniversary of the FCC on Lower Albert Road, and it’s a fitting time to curate and communicate all that we have achieved together as a club and gear up for all that is to come,” she says. “Some ideas in play: a wall exhibition of the FCC archives, a special issue of The Correspondent, perhaps an FCC podcast… and a special promotion for our newly launched Byline Brew.”

Hometown: London, England
Day job: PR Director, Genavieve.Co
Favourite dish: Sichuan fish
Tipple: Champagne
The FCC in a nutshell: “A club of conversations.”
Vision for the club: “That the FCC’s timeless legacy lives on, known for its vibrant atmosphere, eclectic members and dedication to supporting journalism in the region.”

You don’t have to be on the Board to join a committee. From events to dining, press freedom to communications, there are plenty of ways to support the club.

Constitutional Committee: Scrupulous but essential work. Turns the microscope on issues relating to the Club’s AoAs and rules.

F&B / House Committee: Gourmets with a knack for numbers. As the name suggests, this committee bolsters the club’s beating heart, from food prices to menus, international promos, wine tastings, and more.

Communications Committee: A linguistic playground. Supervises the quarterly production of The Correspondent, the FCC website, newsletters, branding and the archives.