News The Correspondent ‘Nobody ever changed ... 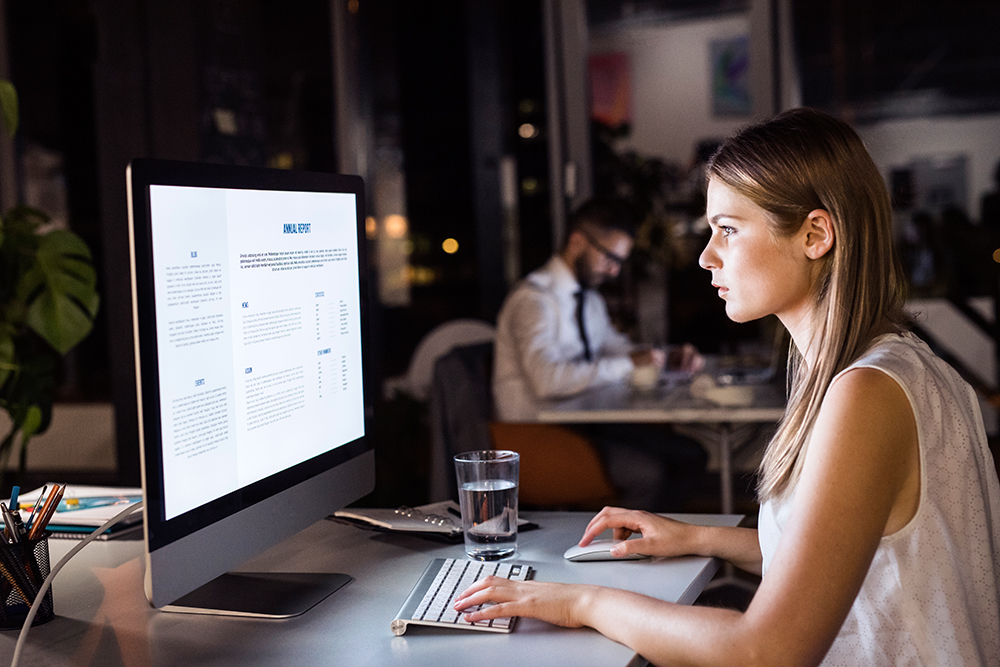 ‘Nobody ever changed the world on 40 hours per week’

Hong Kong has one of the longest working weeks in the world, but what motivates people to work hard if their career path and pay don’t match expectations? Stephanie Lin reports.

March 2019, professionals in the technology industry across mainland China protested against the 996 working week – 9am-9pm shifts, six days a week. Even though labour laws limit their workers to 40 hours a week plus 36 hours per month overtime, the 996 schedule is common among the country’s tech giants.

Overworking plagues many countries in Asia, and many professions – including journalism. Robin Ewing, director of international journalism at the Hong Kong Baptist University, estimates that although 15 to 50 per cent of fresh graduates from her programme join the industry, the number drops significantly after a couple of years working as a journalist.

Low pay, slow professional growth and long hours – even burnout – all contribute to the drain. Out of between 60-80 undergraduates from 10 years ago that she followed up, only four to five are still working in journalism, she said.

However, Ewing considers the high turnover rate in the industry “normal”. “Many who study journalism do not necessarily know whether they want to be journalists,” Ewing said.

Worried about the development of traditional media, DD, a former business reporter at the China Daily who wishes to remain anonymous, joined the public relations and investor relations industry after working four years in journalism.

“It was my plan to be in the industry for three to five years and gradually explore other opportunities in business,” DD said.

Austin Chiu, who worked at the South China Morning Post for five years as a reporter, left the industry to explore other career interests. “I love to write and that is why I chose journalism,” Chiu said. “It is a very rewarding job, though not in the financial sense.”

Chiu used to work an average of 12 hours a day and occasionally half a day over the weekend to report on court cases when he was a journalist. So why put up with the intrusive working hours?

The latest data by Hong Kong’s Census and Statistics Department estimate that 20 per cent of the city’s labour force worked an average 55-hour week last year. A survey by UBS in 2015 examined working hours in 15 occupations across 71 cities. Hong Kong came out top, with a 50.1-hour working week, 38 per cent above the global average.

Other local government studies have found that one in 10 employees work more than 60 hours a week and an estimated one per cent work more than 75 hours.

Lee Shu Kam, associate head of the Department of Economics and Finance at Hong Kong Shue Yan University, attributed the city’s overwork problem to its labour shortage. “Due to high rent and expenses, it has become very difficult to provide compensation attractive enough to entice those not in the labour force back to work,” Lee said.

Lee says: “What Hong Kong needs is a regulation that establishes a cap on maximum working hours. Standardised working hours would only motivate those with low incomes to work even longer hours.”

Frances Yik Wa Law, associate professor of the Department of Social Work and Social Administration at the University of Hong Kong, said that the government should have a policy that supports work and life balance – although her research did not find any significant correlation between long hours alone and sudden death. “Family is the core of our values and work-life balance is essential to safeguard this pillar,” Law said.

Hong Kong’s finance sector is prey to overwork, too. LC, who wishes to remain anonymous, had a short stint at an American consulting firm after he graduated, where he worked a regular 40-hour week but decided to move to one of the Big Four accounting firms for a long-term career goal. While at the accounting firm, LC worked an average 72 hours a week.

His health and quality of life deteriorated, but LC said he is not against a 996 schedule. “It really depends on what I am expected to do during those hours and whether I will be compensated fairly either through career development or salary,” he said.

On the other hand, Hairin Bahren left the financial industry after feeling unfulfilled and opened a franchised boutique barre studio in Hong Kong.

“I think it is work-life integration – I love my work because it is very rewarding. I have direct access to the end result of our team’s efforts and see the impact we have made on our clients,” Bahren said. “Work has made my life great and it will continue to be my priority in the years to come.”

BATTLE OF THE GIANTS

In response to a wave of protest against the 996 working week, Jack Ma, co-founder of Alibaba, issued a statement online in April, calling it a “blessing” for those who have the opportunity to work it. “In this world, everyone wants success… so I ask you all: if you don’t put in more time than everyone else, how are you going to achieve your success?” Ma said.

Across the Pacific, Elon Musk, the CEO and co-founder of Tesla Inc., is also known for working notoriously long hours and getting very little sleep. In response to The Wall Street Journal’s report on the company’s hours and high-stress work environment, Musk tweeted that “there are way easier places to work, but nobody ever changed the world on 40 hours a week”.

Stephanie Lin is a business consultant who also freelances as a journalist. Prior to her relocation to Hong Kong, she lived on both the west and east coasts in the United States where she had several stints in the public sector, including the United Nations and the White House.