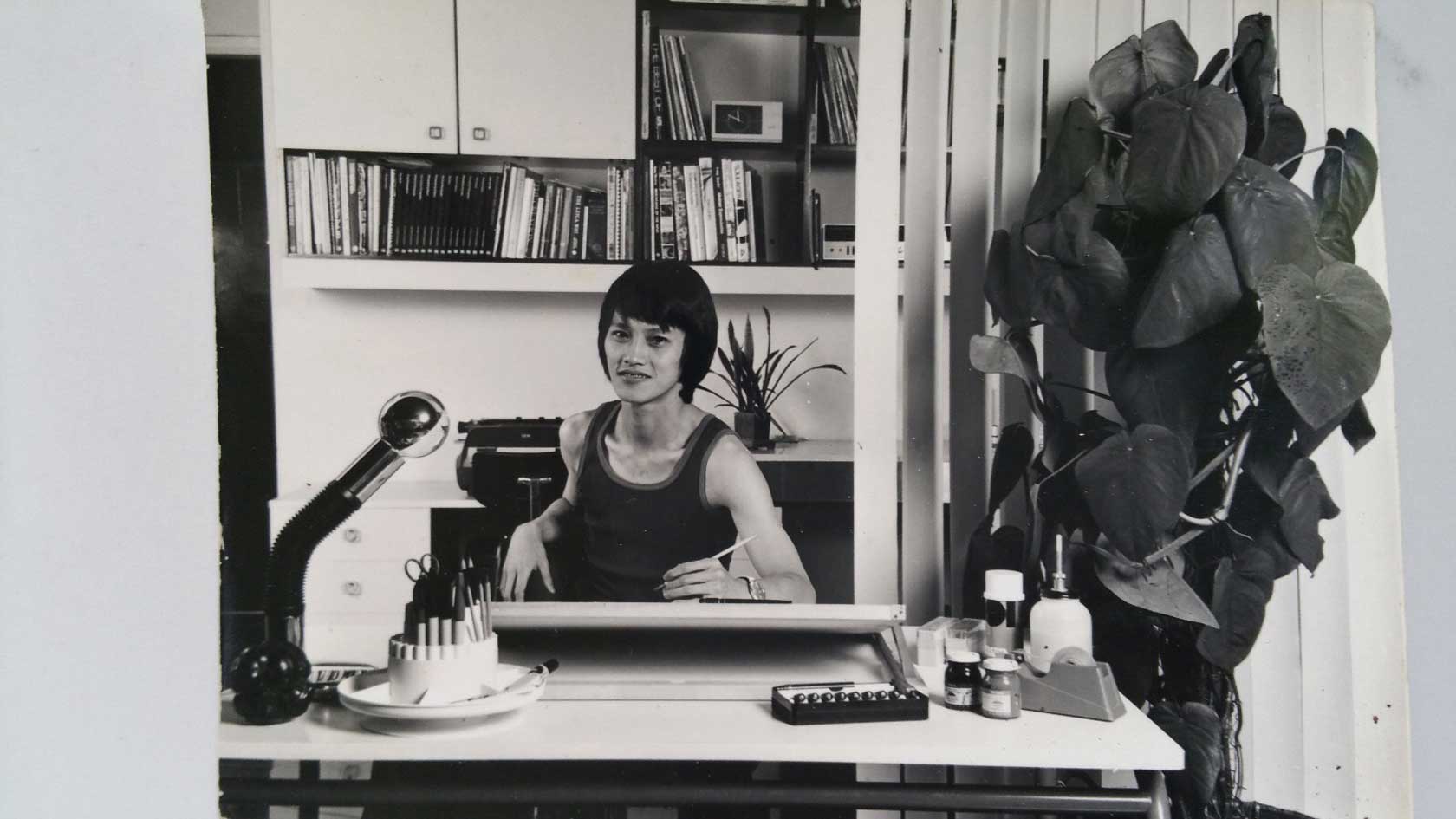 In outward appearance he could seem like an electrified imp, writes Philip Bowring.

Morgan Chua as a young man.

But no one was more seriously committed to his craft than Morgan. He joined the Far Eastern Economic Review in the same year as I did and for a while, immediately after his October 1974 marriage to his Taiwanese wife Lynie Lee, we shared a flat in Conduit Road, an experience which showed that under an occasionally volatile exterior was a very polite, principled and considerate individual.

Morgan, born Chua Heng Soon (Ω≤ø≥∂∂), was already well-known when he arrived at the FEER. While on national service in the Singapore Armed Forces (SAF) in 1967, his drawings were published by the SAF magazine, The Pioneer. His remarkable talents soon had him working for the newly-established daily in 1970, the Singapore Herald, as the chief editorial artist. But that career was to be cut short. In 1971, Mr Lee Kuan Yew closed the paper concocting allegations of foreign financed “Black Operations”. The reality was that the paper was critical of the prime minister, who was additionally offended by Morgan’s cartoons of him. 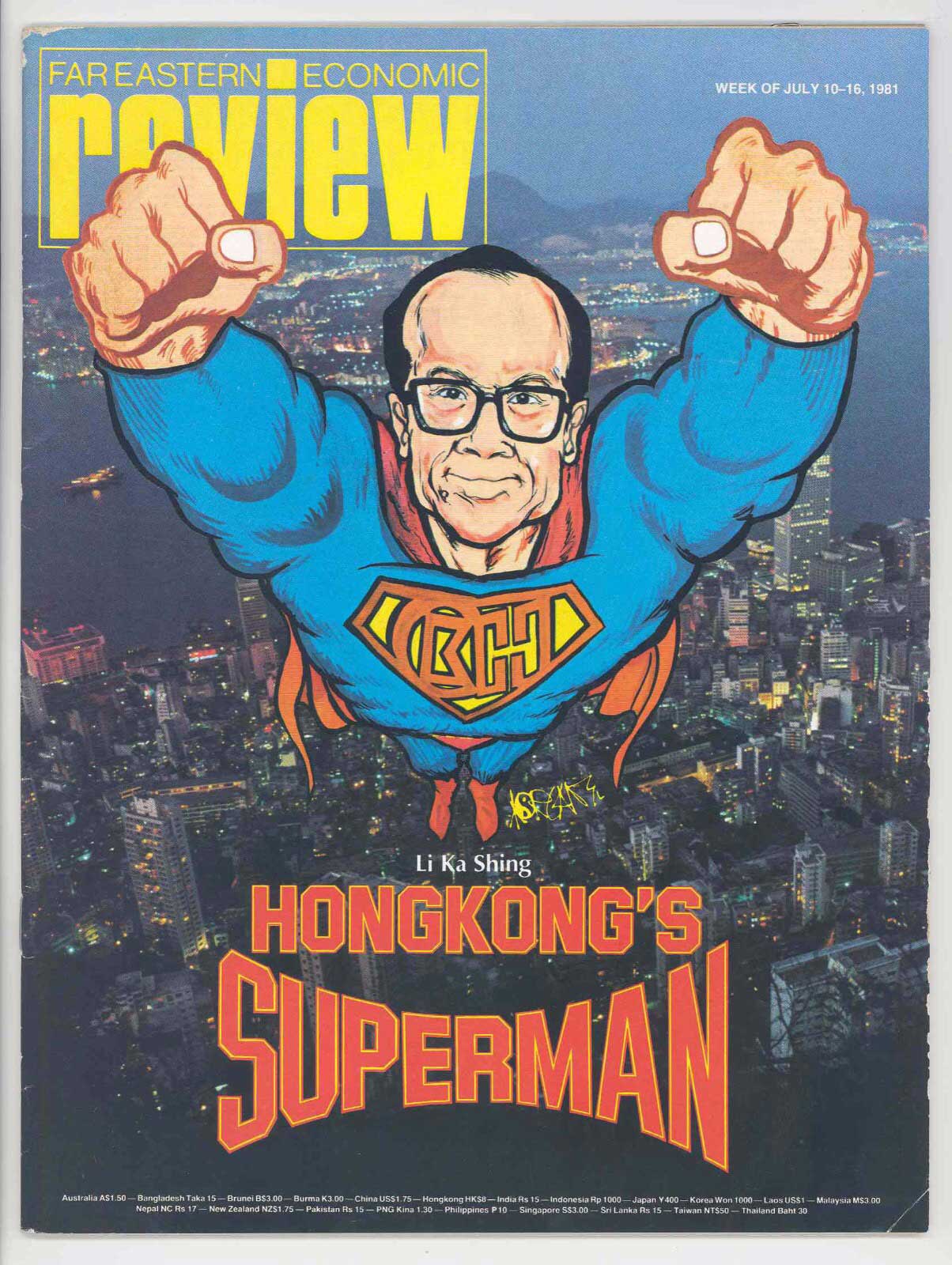 So he moved to Hong Kong, to the new weekly, The Asian. But that too had a brief life for economic reasons. So after travelling around Europe, in late 1972 he began to do cartoons for the FEER. Very soon these led to him becoming it first art director on December 1, 1972, immediately putting FEER covers on the map with his striking images of leaders such as Prince Sihanouk, Tun Razak, Indira Gandhi and Lee Kuan Yew.

The FEER became perhaps the most widely known English language publication in Asia. Morgan’s covers and cartoons were a major contributor to this success, but Morgan himself was untouched by his fame which saw iconic covers such as his still famous image of Li Ka-shing as Superman, and Margaret Thatcher leading the surrender, Singapore style, of Hong Kong to Deng Xiaoping.

Morgan took a sabbatical from the FEER in 1988-89 to travel the Silk Road and other parts of China. That happened to coincide with June 4, 1989, and Morgan was so shocked by this event and by what he saw as Deng Xiaoping’s betrayal of the progress achieved since the death of Mao, that he drew more than 100 cartoons which were published in his book, Tiananmen. Final issue of the Singapore Herald, 1971.

Returning to FEER, he remained with it till changing circumstances at the publication combined with a desire to return closer to his Singaporean roots. He had mellowed, though it was less certain that Singapore had too. Most of the next 20 years were spent between Singapore and Bintan, the island just across the straits from Singapore. It was close enough to the city, but Morgan was now happier with the quieter life in the kampong with his partner and adopted daughters.

In addition to commercial work, he accepted the limitations of cartooning in Singapore and became acceptable to the leaders, including doing a book of cartoons of Lee Kuan Yew which was, he said, to “show the human side” of the leader. He became an inspiration for young illustrators. But he never lost his commitment to political cartooning and accused local editors of self-censorship, noting that as a result “local cartoonists love to draw caricatures of other leaders except our own”.

Morgan was hard at work right up to the time he had a pleural effusion and went into a coma from which he never recovered. His body was returned to Singapore for cremation on March 23, 2018. This premature death was doubly tragic for his many friends, and family in Hong Kong.

His resting place at Mandai Columbarium, Singapore, is engraved with his signature mascot, a Taurus bull, and his words: “History is not just text and old photographs. Cartoons light up the pages and one cartoon speaks a thousand words. For many, word is power. For me, power lies in my brush.”

He is survived by his Hong Kong-based son, Zen, and grandson Leroy.