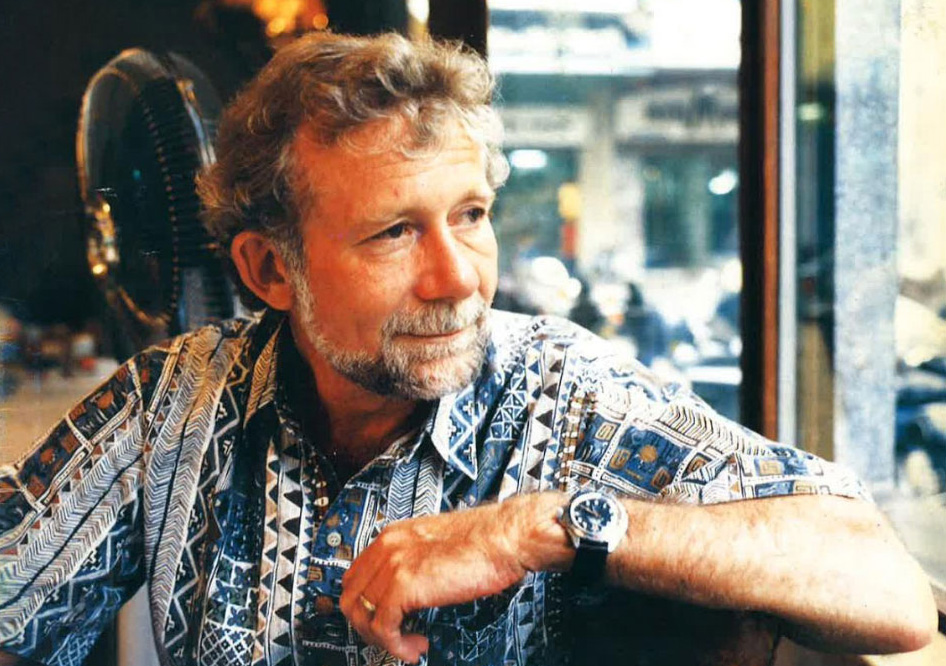 The bio for the exhibition on the Van Es wall of 34 Vietnam photos last September and early October revealed a clue to how Derek Maitland’s career path was set. “My life really began the day I saw Kowloon Docks in 1966.” 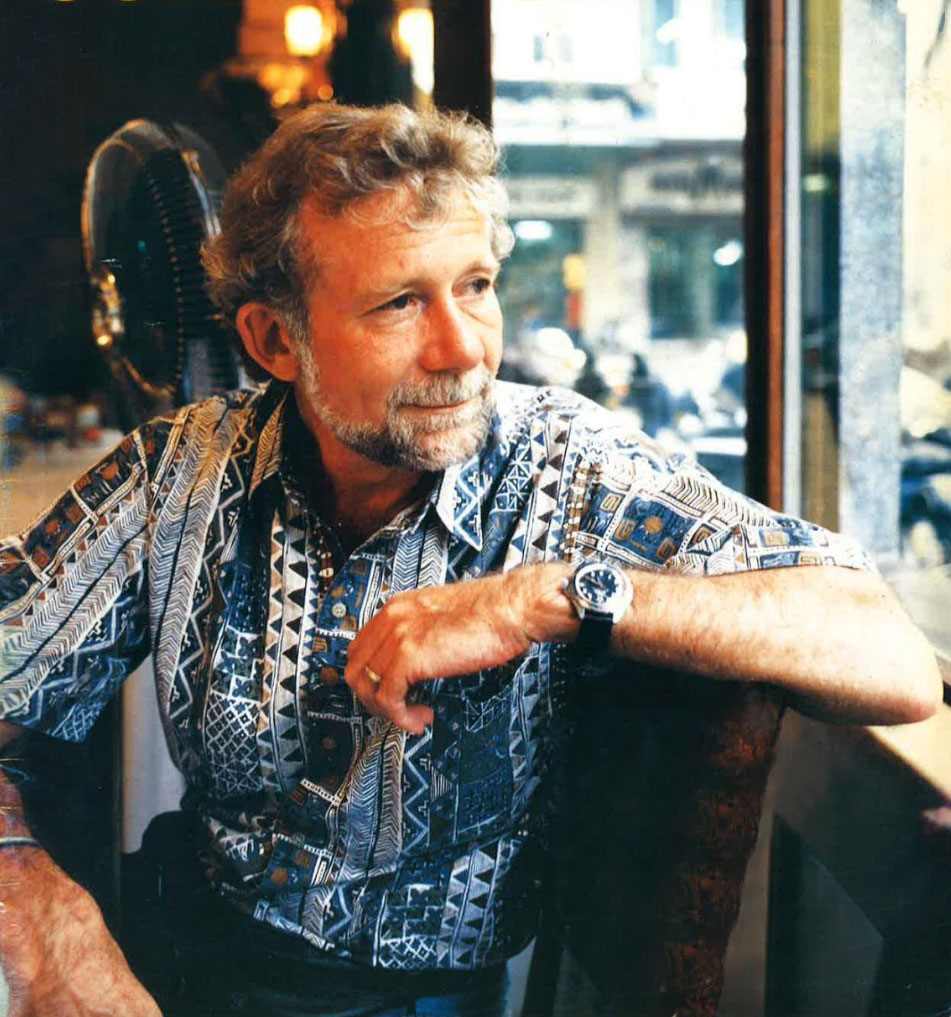 He expanded on this thought for my piece in SCMP Sunday Post Magazine piece last September (which was to be his last interview) “I was 23; Hong Kong was all the things one would like at that age. It was the jumping off point to where I passionately wanted to be at that time, a war correspondent in Vietnam.”

Derek left Vietnam after two years: “After three major combat incidents that I covered – one in the massive Tet Offensive – convinced me my luck might be running out,” he told The SCMP. Twenty-six years earlier, in The Correspondent of January 1992, he’d written: “I was convinced that after nearly two years of my own madness that the next bullet would be for me. That and an even bleaker fear that in the inexorable deterioration of my youth and spirit, furiously burning up on a napalm blast of drink, adrenalin, danger, terror,

Obviously terrified hamlet girl has her hands tied behind her. Photo: Derek Maitland

and depravity to which the war had sunk, I might lose touch with the real world altogether.”

He was open about his battles with Post Traumatic Stress Disorder (PTSD). He suffered it for 15 years after the Vietnam War, until he met a psychologist whose expertise was Vietnam Vets. “It was not just the vets who went off the rails after the war. Saigon … made much of life thereafter seem meaningless and mundane, requiring tremendous effort to restore everyday faith and excitement. And that against the backdrop of abiding melancholy and occasional hallucinations in the dead of night,” he wrote of PTSD in The Correspondent in January, 1992.

From Vietnam, Derek flew to London and worked with BBC-TV News and wrote his first novel, The Only War We’ve Got. From London he moved to Beirut and covered the Middle East. It was there that he met his first wife, Therese Herbert, a French Canadian, with whom he had two sons, Nick and Luke, who are in their early forties and who celebrated their father’s 75th birthday in Australia last year.

Derek came back to Hong Kong in the mid-1970s and worked as a freelance feature writer and humourist. He returned to television news in Toronto and went back to London with the BBC, where he led the first news crew to film the immediate aftermath of the IRA bombing on Prime Minister Margaret Thatcher’s hotel in Brighton in 1984. 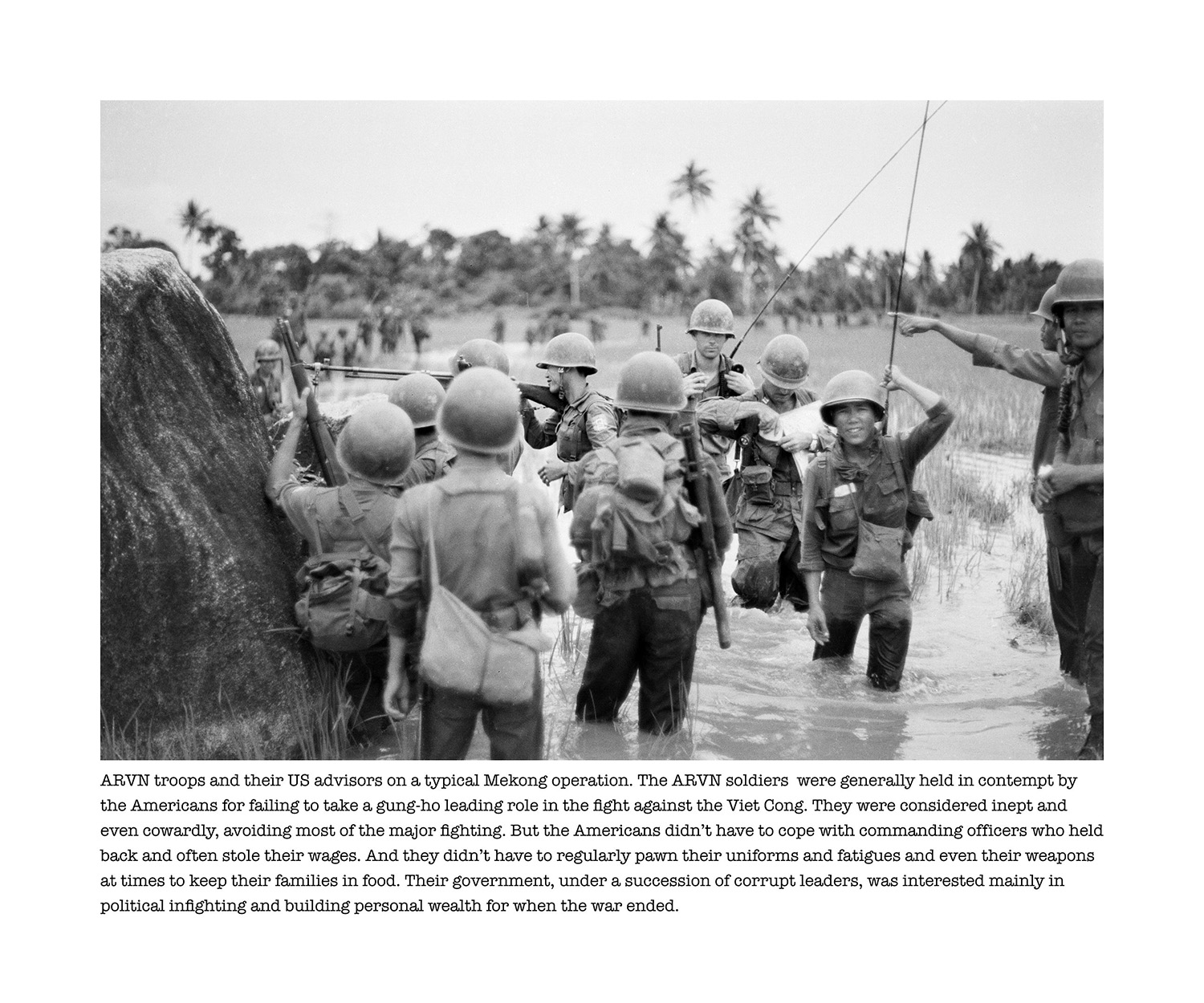 ARVN troops and their US advisors on a typical Mekong operation. Photo. Derek Maitland

In 1985, he travelled China and once again returned to Hong Kong with his second wife, New Zealander Jan O’Neill. launching the China Traveller magazine. This later became the Pacific Traveller. Together, the husband-and-wife team produced corporate videos.

After a stint in Sydney in 2000, Derek and Jan moved to Orange, and later further west to the heritage town of Canowindra in New South Wales, where they bought a house. Gregarious, articulate, intelligent, wry and witty, Derek also wrote four novels and five non-fiction books. When he passed away in Canowindra on a summer’s day after a battle with cancer diagnosed in 2016, he was working on a book of his life and another, poignantly titled Coming Home To Die.

Derek was part of the Vietnam Hacks email group, along with FCC member Robin Moyer, who said: “Derek and I spent some time together in Vietnam after the war. He had a keen sense of humour, especially when observing the cultural collision of East and West. [Fellow FCC member] Mark Erder coaxed Derek to send me his Vietnam photos from his year–long sojourn at the height of the fighting there in 1968–69 and we carried on a stimulating email conversation, in between bouts of chemo, as we put the pictures and captions together for his last hurrah on the Van Es Wall in September.” 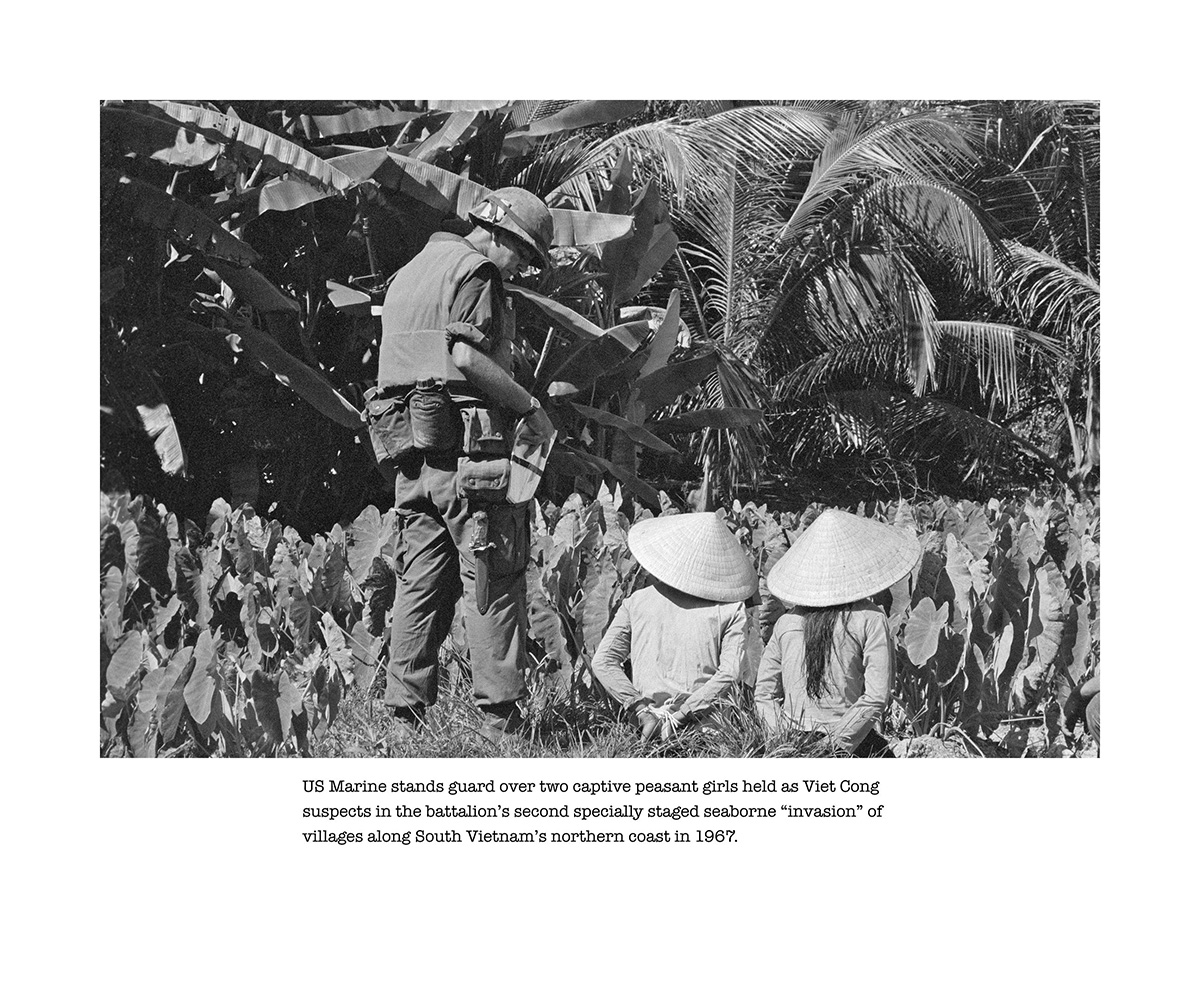