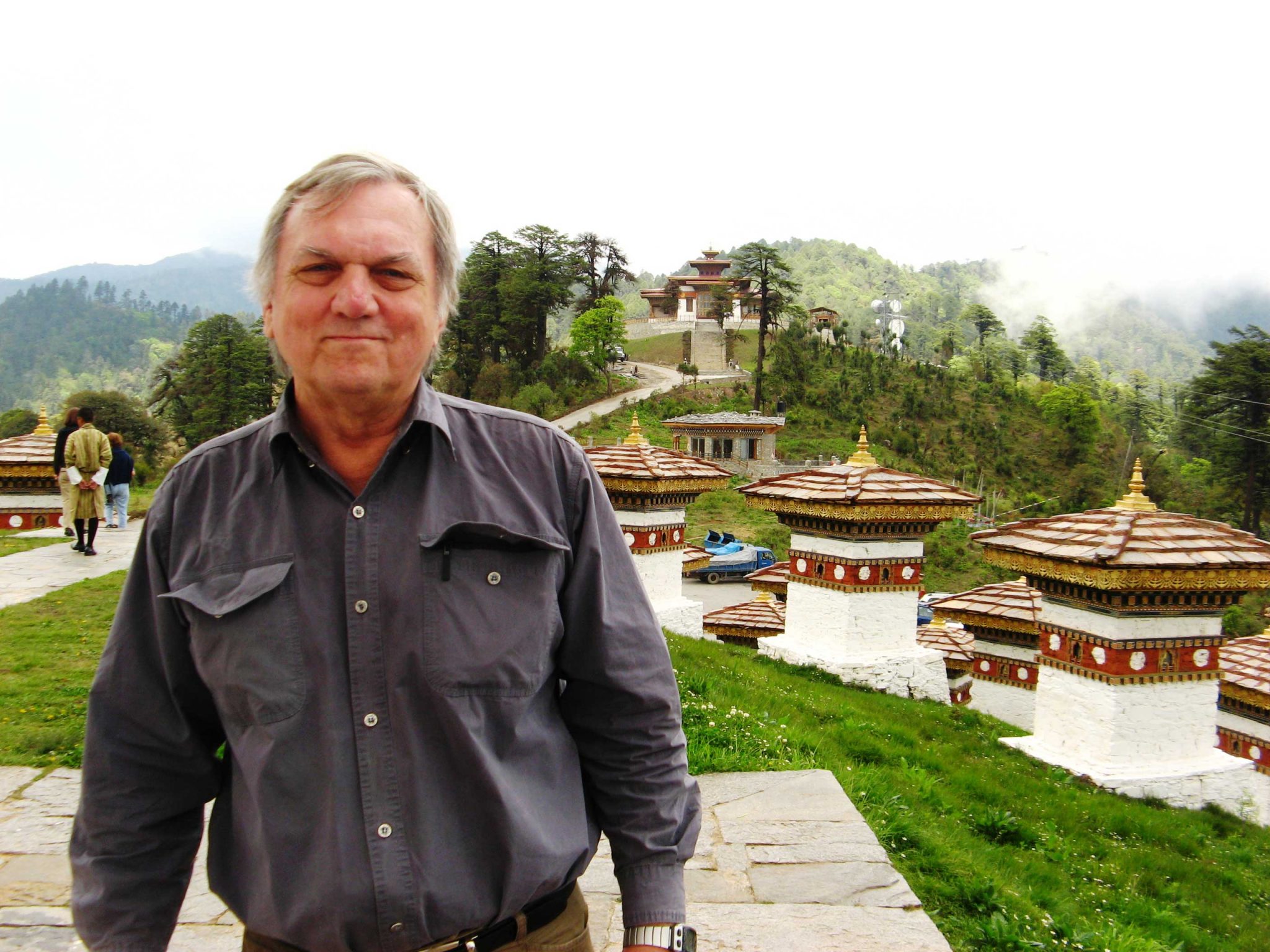 His address when I first met him was Far East Farm, Stanley, Hong Kong, the rather grand name for the (very comfortable) squatter settlement where he lived with first wife, Janet. It was an open house for anyone wanting to drop by for a beer and a chat. That was in about 1974. Last time we met was last June, staying at the delightful old apartment in the historic centre of Vence, south of France, where he and second wife Marnie lived. Despite an advancing cancer, he was as cheerful and welcoming as ever and came to Nice airport to say goodbye. He died at home on December 23.

For someone I saw only rarely Garry Marchant, known to his closest friends as Gaz, made a deep impression on me by being true to his own personality. Not for him wars or financial crises, political disputes or gory murders. His approach to life as to journalism was summed up by the title of his book The Peace Correspondent, an anthology of his Asian travel stories. He preferred untroubled places and themes that brought smiles, not tears, just as he enjoyed wine and good food.

Born in Pembroke, Ontario, on October 2, 1941 he grew up in Winnipeg. Four years of youthful wanderlust found him installing fire alarms in Sydney, as a malaria control officer in Papua New Guinea and a movie extra in Tokyo. Then back to Canada using a story about malaria control to get his first job in journalism – on the Powell River News, followed by the Comox District Free Press and the Nanaimo Free Press.

The travel bug then took him to Rio de Janeiro where he became editor of the Brazil Herald, the nation’s only English-language daily. Then Hong Kong where Garry quickly found a reporting job on the South China Morning Post and then as a desk editor at the Far Eastern Economic Review. But sitting at a desk was not his idea of life.

He returned to Canada as travel editor of Vancouver magazine from 1977 to 1989, producing what many believed the magazine’s best work. During this time he met Marnie Mitchell who became his second wife and companion till his death. The two moved back to Hong Kong in 1999 where Garry continued to show ferocious energy to travel and write while Marnie edited for various publications and the HK Tourist Association.

Next came a move to Paris, in 1999, and then their final move in 2011 to Vence. Garry stayed active and travel-eager, writing guidebooks to Paris to add to another on Canada. The last two years were dogged by his painful fight against a new cancer, of the bile duct. But to the last Garry never ceased to be as optimistic and cheerful as his writing.

It is hard to write about Gaz in the past tense. He might have been in Hong Kong or France, but he was always there, a guiding light and an anchoring rock in my life. He was cut of a stronger bolt of cloth than I. Travel is an exhausting business, but professional travel where you have to come back with the story is a much harder task than simple sightseeing. He seemed to thrive on a schedule that would have exhausted a lesser man. And nobody brought back the stories better than Garry Marchant. His Faraway Places column in Vancouver magazine was often the only story worth reading in the magazine. And his photos were astonishing. He was one of the dearest and wisest men that I have had the pleasure of knowing.