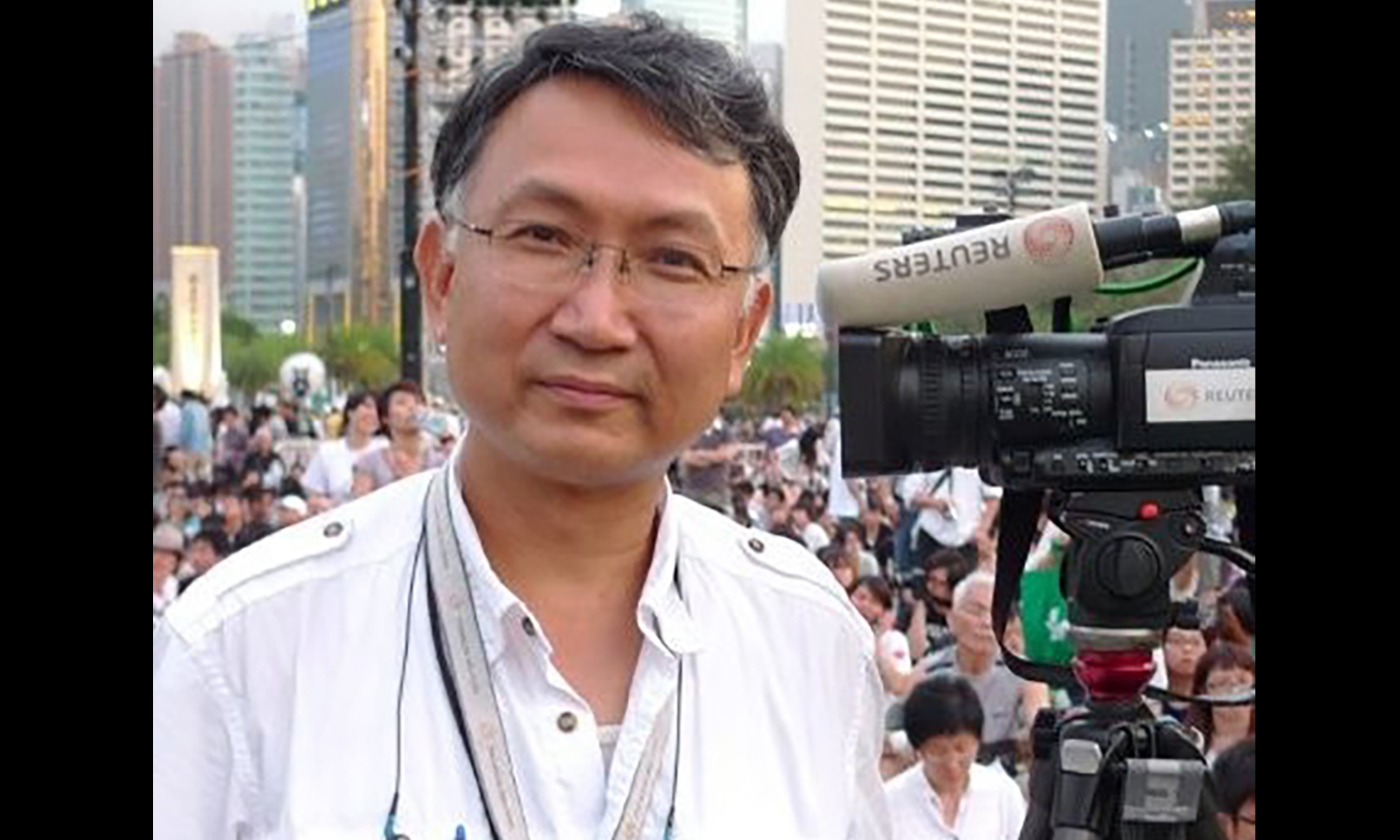 Obituary: Gary Ling, the calm and friendly cameraman with a love of dim sum

Cameraman and journalist Gary Ling Wah-kee, who dedicated his life to chronicling the modern story of Hong Kong, passed away on March 25 after a short illness. He was 67. 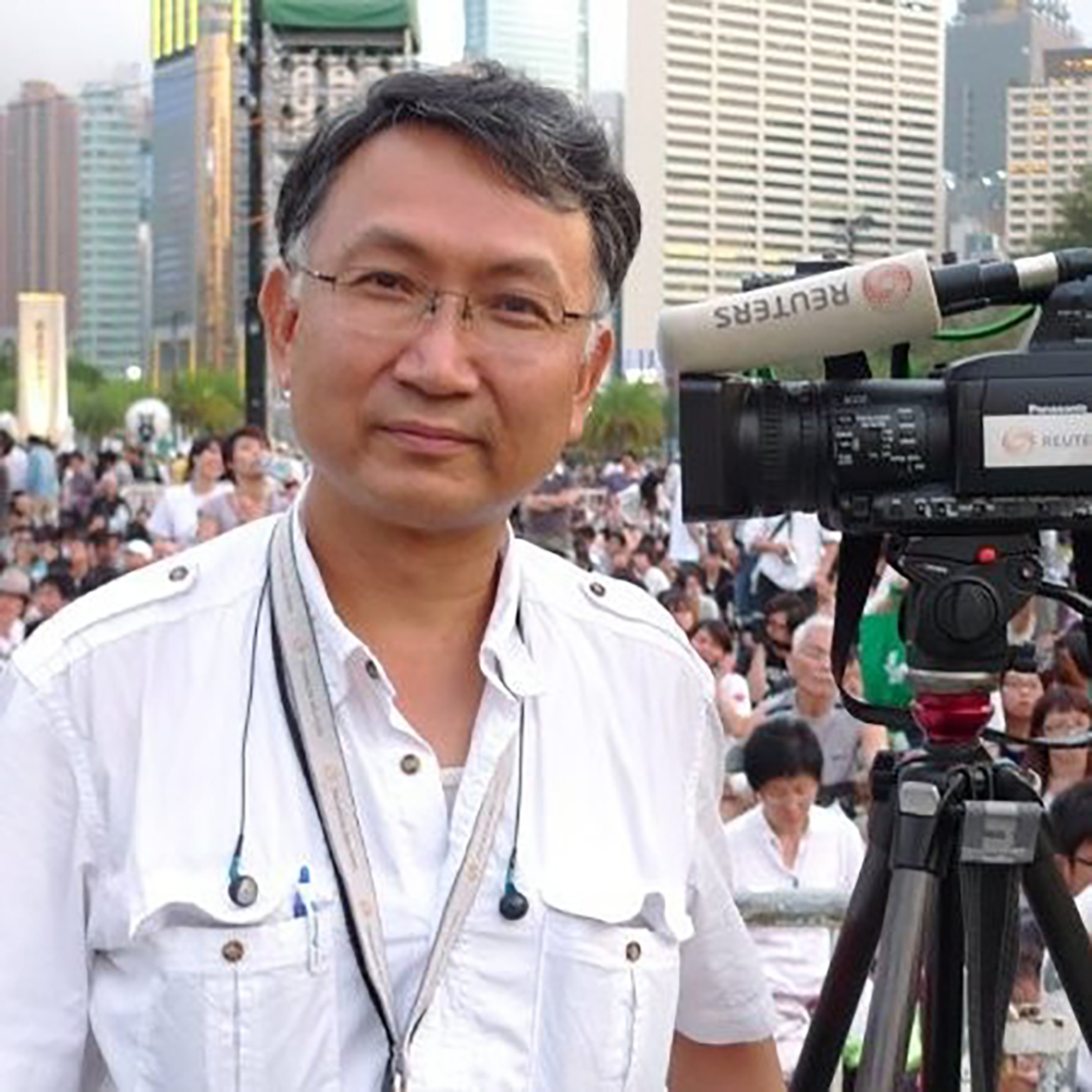 I met him in January 2012, shortly after I had arrived in Hong Kong to work for BBC News. One of my colleagues had fixed a TV interview with British finance minister George Osborne, and I desperately needed a crew.

I met Gary at the Convention and Exhibition Centre for the Osborne interview. It was filmed quickly and efficiently. That was the start of a happy and fruitful partnership that would last for six years, during some of the most exciting and tumultuous times in Hong Kong.

I had actually heard about Gary back in 2005, when I spent a few months in Singapore working for Reuters TV. The producers were always talking about him and commenting on how good his stories were.

By that time, he was already a legend. Born and raised in Diamond Hill, the eldest of nine, Gary started in the TV business in 1975, working for Commercial TV. A year later, he would join Visnews, the precursor to what is now Reuters TV, and stay until 2012.

Gary and myself made our way to the village in a rather conspicuous yellow Honda Civic, but managed to give the authorities the slip to cover the tense standoff between the gutsy villagers and riot police. As always, Gary could be counted on to find the best local dai pai dong joints, where he would share his wealth of stories over a hearty meal and icy beers after a day in the field

As a Reuters cameraman, Gary travelled across Asia covering stories for clients and making lifelong friends along the way. He was also known for his calm, his professionalism, his warm smile and his love of dim sum.

One of those friends was Reuters correspondent James Pomfret, who called Gary “Mr Reuters”, with his camera always poised and ready.

“As a trusted colleague, we embarked on numerous adventures together through the years, from factory strikes, the 2008 Beijing Olympics, to celebrity interviews and memorably, the Wukan ‘democracy village’ protests in 2011,” he said.

“Gary and myself made our way to the village in a rather conspicuous yellow Honda Civic, but managed to give the authorities the slip to cover the tense standoff between the gutsy villagers and riot police. As always, Gary could be counted on to find the best local dai pai dong joints, where he would share his wealth of stories over a hearty meal and icy beers after a day in the field.”

Gary was also known for being generous with his time and his knowledge. I vividly remember working with him on a story after he had retired from Reuters, only to have his former colleagues ask him for help on a tricky edit or camera setting.

Venus Wu, a former Reuters colleague of Gary’s, was also one of his protégés. “Before I met Gary, my ambition was to become a print reporter. But that changed after I spent a summer with Gary as a Reuters intern in 2009. Nothing beat the thrill of jumping into Gary’s van and tagging along with him for a shoot.

“Even when we filmed the most mundane assignments, like the stock market opening for the day, Gary was professional to a fault. Whenever we were in the field, I saw how he was friendly with everybody — from the security guards to other journalists who were supposed to be his competitors.”

With Gary’s encouragement, Venus landed another internship with Reuters TV the following summer, and eventually followed in his footsteps when he retired.

Both the BBC and I were exceptionally lucky that he “retired” when he did. Gary was loyal and hardworking, and he kept fit doing archery, ping pong and other sports.

But when there was breaking news, for example the Lamma ferry sinking or the start of Occupy Central, Gary was just a phone call away. My favourite moments with him were the times in between or after jobs, when we’d try to grab dim sum. I even convinced him to volunteer at the FCC, where he was the club’s videographer.

Gary is survived by his siblings, wife, son and daughter. He will be sorely missed and fondly remembered, always.