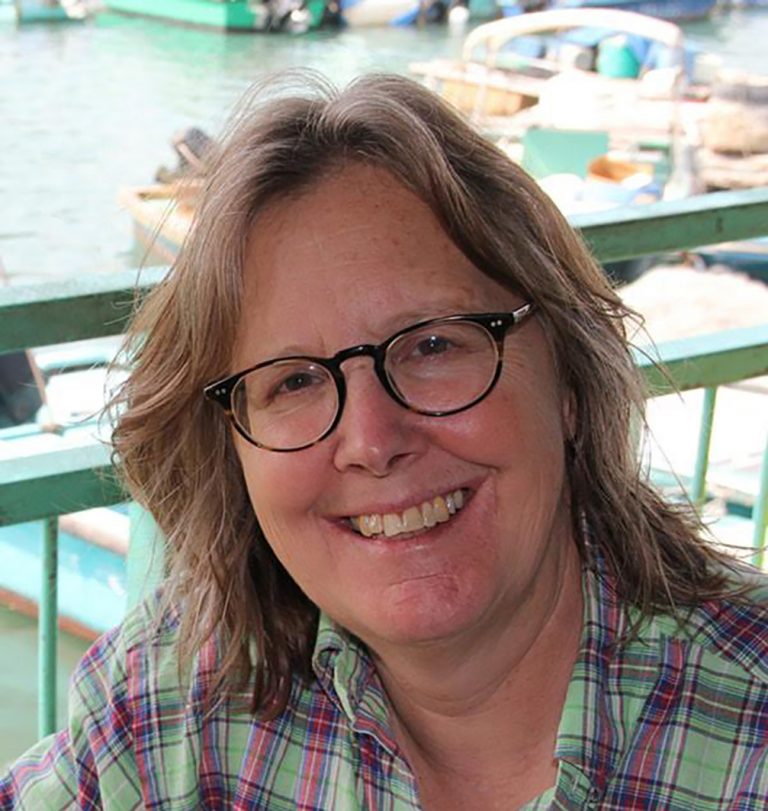 Deborah Price, a trailblazing columnist, award-winning journalist and mentor to generations of young reporters, has died at the age of 62 following a short illness. Known to friends and colleagues simply as Deb, the award-winning journalist and editor managed the South China Morning Post’s markets coverage. An effervescent fixture in the newsroom, her early morning quips and energy will be missed by all.

She arrived at the Post in 2018 at the peak of a storied career. Price had started out covering local politics and court cases for the Northern Virginia Sun in 1982. Two years later, she took a job with The Washington Post, where Price’s go get ’em attitude took her to the role of assistant editor for national and business news.

But it was during her 22-year run at the Detroit News, from 1989 to 2011, that she sprang to national prominence. In 1992, she became America’s first nationally syndicated columnist on gay life, writing the first of 900 columns over 18 years. Price aimed, in her own words, to “bridge a gap between the gay and heterosexual communities, to get an open and honest dialogue started.”

This mission continued over two well-received books – And Say Hi To Joyce: The Life and Chronicles of a Lesbian Couple and Courting Justice: Gay Men And Lesbians v. The Supreme Court – co-authored with her wife, Joyce Murdoch.

After Detroit News, Price studied business and investment in China as a Nieman Fellow at Harvard University from 2010 to 2011. Following a journalism teaching job at the Harvard Summer School and a stint covering the 2012 election for Agence-France Presse, the next chapter of Price’s career took her to Asia.

Price moved to Hong Kong in 2013 to work as The Wall Street Journal’s Southeast Asia editor, where she led coverage of global stories including Malaysia Airlines Flight 370 and the Thai coup of 2014. In 2015, she won a SOPA award for a feature about a foreign domestic worker’s fight for justice in Hong Kong.

After leading the English-language newsroom of independent financial publication Caixin Global in Beijing, Price landed at the Post in 2018 as a senior editor on the business desk where she focused on Hong Kong and mainland China stocks. Patient and determined to impart her vast experience, Price coached junior reporters – running through stories line by line – and her encouraging voice became a familiar part of the newsroom hubbub.

Reporters recall her excitement during reporting visits in Chinese cities, thrilled by even the most pedestrian of events – a testament to Price’s passion for learning and journalistic curiosity, traits which never waned. She also studied Mandarin, with the goal of being able to read half the characters in any Chinese newspaper within three years.

In mid-August, Price acquired permanent residency in Hong Kong, where she and Joyce planned to retire. Days after the good news, Price fell ill while preparing for an interview at the Hong Kong Stock Exchange. She sadly never recovered, dying of an autoimmune lung disease on 20 November 2020. The outpouring of messages since Price’s passing shows how groundbreaking her writing was, and just how many she touched and inspired.

Price is survived by her wife, Joyce Murdoch, and will be sorely missed by countless more.

Thomas D Gorman
Long-time FCC member Thomas D Gorman died on 11 September 2020 at the age of 69 after a long battle with cancer. A native of the Chicago area, he made Hong Kong his home for 45 years. Prior to his retirement, Gorman was editor-in-chief of Fortune China. A former chairman of the American Chamber of Commerce and of the Hong Kong International School, Gorman is survived by his wife, Jenny, and daughter, Listen.