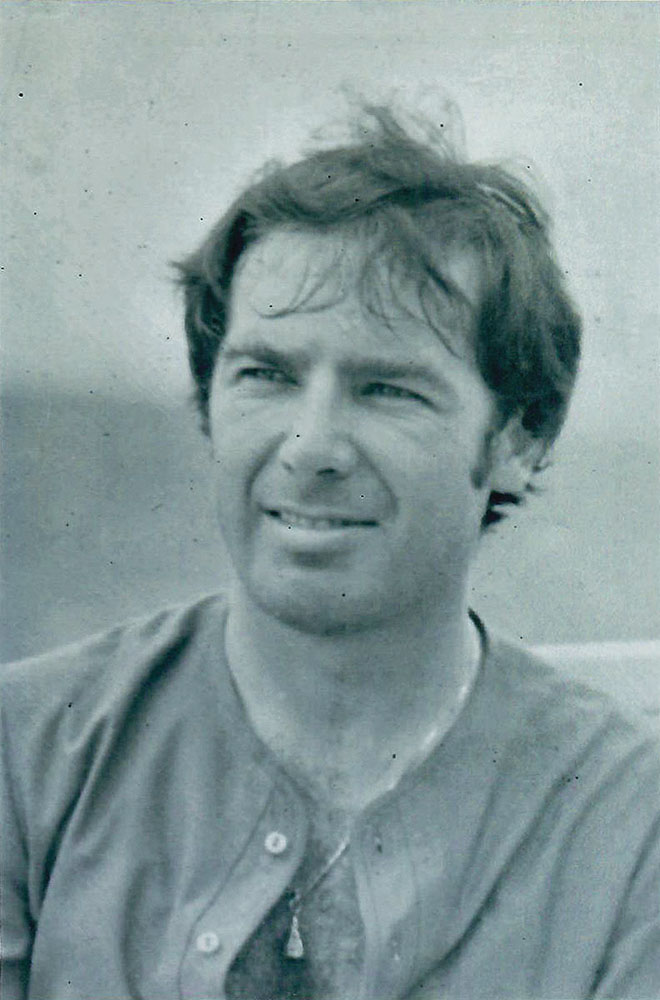 Obituary: Walter Kent, bar denizen and friend to many

Walter Kent is remembered for many things: as a friend; drinking companion; a sometimes testy conversationalist; a firm guardian of bar behaviour; an FCC committee member; active supporter of the last years of Arthur Hacker’s life and a key part of a committee dealing with Arthur’s extensive book, photo and illustration collection; generous supporter of a number of members; a knowledgeable map and photo collector; and fun member of any table.

Walter Kent’s wake and cremation ceremony saw many friends and family gather to mourn and pay tribute to his life. His brothers Ed and Bob spoke at the wake, as did his former boss in Asia Dave Bravender. Many friends also took the opportunity to tell stories about Walter.

Chris Slaughter, who was a very able MC at the wake, on the night after Walter died stood up at the Main Bar at about 10.30 – about the time Walter would come to the bar – and gave a moving impromptu tribute.

During Walter’s last months in hospital a number of friends visited him, but it was John Batten and Annie Van Es who were there almost every day.  “I’m sure I speak for everyone who will miss Walter when I say thank you to you both for really stepping up to the plate these last too many months,” said Andy Chworowsky. “Although there isn’t much to be happy about, the demonstration of how strong the bonds of friendship should be offers some warmth and comfort. You both made the final round infinitely more bearable for Walter.”

John Batten. We can all find a corner at the FCC and Walter’s was next to the swing-doors of the Main Bar counter. If it were military strategy, it was perfect: the position offered a full view of the coming and going of staff, members, visitors, the food, the drinks. It also offered intelligence; close enough to hear the photographers and sometime-journalists from their section of the bar, but far enough not to get bogged down in any of the harangues. A quick turn of the head gave the latest news on the ‘Ice House Street TV’, handy information if an overly enthusiastic journalist and/or know-it-all ventured closer, sidled up and said, “Hi, Walter!”

Walter Kent at the book Launch at Bert’s of “Kitchen Tiles” by Feng Chi-Sun.

I got to know Walter as a fellow FCC late-nighter, a group that also variously included CC, Mike, David, Barry, Greg, Kelly and Conor with walk-on appearances from Nigel and Peter, between his naps. Albert, James and John were at times in attendance behind the bar. On those late nights, Walter could alternate being the Board of Governors in-their-absence or the host of his own party, or “an emperor in his war-room”, or a brave sailor at the helm in choppy waters, or a happy bar customer sipping his favourite soup (minestrone or French onion), or simply enjoying conversation and his “usual.”

Walter rarely sat down, he stood at the bar. I asked him about that, too. “…I never sat at work, I always used a three-drawer filing cabinet as a desk. My telephone and papers were there. I worked standing-up.” So now I knew, but if you knew Walter, then you also know that conversations could not be forced.
It happened in good time. But, never, never, interrupt him when he was in full story-telling mode – except Arthur and Walter allowed mutual intervention! And, if you chatted with him and often enough, a range of stories of his 49 years living in Asia, and childhood in New York, would evolve.

Oops, Walter! Yes, your childhood home was, you reminded us, never in New York, but – always – in Brooklyn. Even Walter, not a great sports fan, although he loved water-skiing when he lived in Thailand and liked the big sporting events, remained pissed (or, pissed off, where I come from) when the Dodgers moved to LA.

He loved the idea of jazz and would pop down to Bert’s, catching-up with VG, Cathy, Chi and Alan. He inhabited the FCC like no recent member has – and was at the talks, screenings, tastings, New Year and other celebrations and put in time on committees.

He fully supported the FCC’s ethos of freedom of expression, but rarely read The New York Times. It was too much news! But he did read the Club’s copy of The New Yorker. And there, amongst the magazine rack, ensued a small battle. Every received copy of a magazine has a sticker with its arrival date-stamp placed on the cover. It annoyed Walter (and me) and Walter’s outrage, as on any issue, was always about what was right, or, should I say, what was wrong. Administrative stickers should not cover the iconic New Yorker covers! One of the FCC’s friendly rivalries was built around these annoying stickers. Walter and another Club member (Russ, I think) would compete to be the first to remove the sticker off The New Yorker. Whoever did it first, would note the date on the inside cover in pencil. Unwittingly, the FCC office also entered the competition by insisting on placing a replacement date sticker on the cover. Walter and his rival would then repeat the removal ritual, and further dates would be penciled…

Walter never struck anyone as an activist, but in 2003 he was one of the first residents to join the determined protests against Hopewell’s Kennedy Road mega-development plans. Residents’ determination has long delayed those silly expansionist ideas and Walter was good at determination.

Late(r) in the FCC, Walter’s last order of the night, a “shao bay,” was his signal that the FCC-part of the night, but not the night itself, was ending. His usual departing comment, “I’m going for a walk,” had the anticipation of further good conversation, or a liaison, or of something unexpected about to happen. That’s how I’ll remember Walter’s going out.

Carr Law. Walter passed away peacefully around 7:30am Hong Kong time this morning. His body did not fight for long after all medicines were withdrawn. His digestion system was very weak.

He had lots of friends who visited him before going to sleep [as the email news that he may not survive the night travelled far and wide]. In the middle of the night the power of the morphine kicked in. Starting about 3am he is completely relaxed and sleeping, then his heartbeat and breathing started to slow down.

By 6am the heartbeat rate dropped to 40/min from the awful high 110+/min. I started holding his hand and forehead, talking intimately about his incredible life journey covering topics of adventures, holidays, friends, family and all the bits and pieces. And I mentioned some names to remind him of those who are already on the other side waiting for him join them for a drink or two… and that some day his friends will join him there too. Then I told him it is ok to go, as he is ready.

I continued to hold him and talk to him for 10 more minutes after the machine indicated his heartbeat and breathing stopped.

Like all of his friends, I miss him terribly.

Edwin Rainbow. I knew Walter only over the past five years during which time I came to know him rather well, being often welcomed into his circle of FCC friends. This was a group that was supporting Arthur Hacker, which was, from what I understand, only one of the selfless voluntary support missions he engaged in.

It was a multi-skilled team, but Walter was the undisputed leader when it came to delivering the logistic solutions. He was 100% reliable and unassuming and I am pleased that I was blessed with the opportunity be part of his his circle of freinds.

I will miss him.

Walter celebrates a birthday in 2016 with FCC staff and friends in the Main Bar;

Nigel Binnersley. “One of the memorable times shared with Walter around the bar was on 9/11 when we witnessed the Twin Towers attack on CNN on what was supposed to be a quiet Tuesday night.”

In fact it was Walter who alerted many other members in the bar to the unfolding of the 9/11 drama. “You should come to the big screen [above the entrance to the Main Bar]… it looks like something terrible is happening in New York,” he said. We all arrived in front of the screen as the second plane hit the second tower. Like many Americans, Walter was frantically trying to phone his family.

Walter had a 31-year career at Chase Manhattan Bank (now known as JP Morgan Chase). He was vice-president for operations and technology, helping orchestrate the bank’s systems as it went through a series of mergers. In all Walter lived and worked some 49 years in Asia, from Jakarta, Mumbai, Guam. Taipei, Bangkok, Saigon to Hong Kong. When he retired in the mid-1990s, Hong Kong and the Main Bar became home – although for many years he was always about to move on to Bangkok… but never quite got there.

A never truer word was said about Brooklyn-born Walter Kent then: you can take the boy out of Brooklyn, but not Brooklyn out of the boy. It wasn’t just his accent, but the many stories about his life there.

John Batten not long ago visited Brooklyn to check out some of Walter’s old haunts. “He last visited Brooklyn in March 2016, for a family wedding in Boston,” said Batten. “I don’t think he made it to Farrell’s, his bar, in his ‘hood’, on that trip. But he met the family and had a good laugh with his brothers. He always referred to his family as “the family” and like many of us living overseas, ‘returning back’ can be of mixed emotions.

Hong Kong was Walter’s home and when he went back to New York, ‘I flew in on the evening plane. / Is it such a good idea that I am here again? / And I could cut my cold breath with a knife. / And taste the winter of another life. / A yellow cab from JFK, the long way round. / I didn’t mind… gave me thinking time before I ran aground…’ *