News The Correspondent On The Wall: Basil Pao on t... 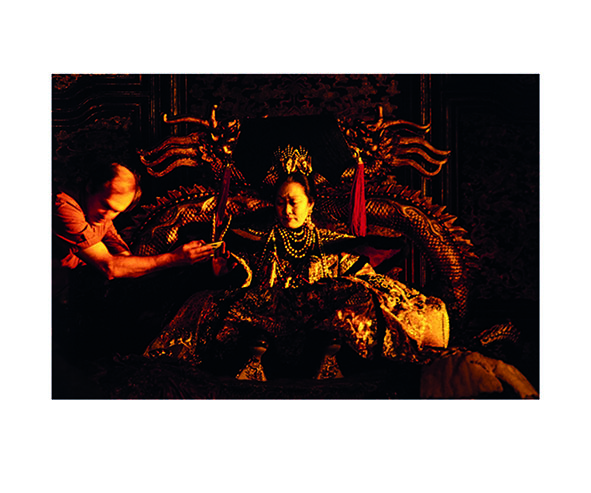 On The Wall: Basil Pao on the set of The Last Emperor

The name Bernardo Bertolucci first entered my consciousness when I was an 18-year-old art student in Los Angeles. I had to write an essay on The Conformist for my Film Aesthetics class, and my film-buff room-mate and I sneaked into the theatre through the exit to watch the film, as we were always broke.  It was the first “perfect” film I had ever seen and it quite literally opened my eyes and “showed me the light”. It changed the way I “see” the world and my place in it forever.

[ngg src=”galleries” ids=”1″ display=”basic_thumbnail”]We first met in the spring of 1985 through my wife (then fiancée), Pat. She had shown her friend Joana Merlin – Bertolucci’s casting director in New York – pictures of us from our engagement party and Joana wanted Bernardo to meet me while he was looking at actors in Hong Kong. The meeting took place at his suite in the Mandarin Hotel, I was awe-struck and he was kind and generous. At one point, I related the story how my room-mate and I stole into the theatre to watch The Conformist, and without missing a beat he smiled and said, “ You owe me $3.50…” I pretended to search my pockets for the money and he laughed when I pulled out some coins, soon we were laughing together. We came to share many such moments all over the world in the years that followed – moments that I shall now forever miss.

In July 1986 I flew into Beijing to join The Last Emperor circus of 100 Italians, 20 British and 150 Chinese technicians, along with some 60 actors from around the world.  My primary role there was to play Pu Yi’s father Prince Chun, for which I spent an inordinate amount of time either on horseback or on my knees kowtowing, and sweating buckets inside heavy dragon robes in the blistering heat of the Beijing summer. As one of half a dozen Third Assistant Directors, aka Bernardo’s Eunuchs, I had interesting assignments initially, such as finding the horses for the Imperial Guard (and for myself), and organising the Peking opera for the wedding party. But as the pressure of filming built, the job increasingly involved marshaling some of the 19,000 extras that appeared in the film’s crowd scenes – which explains why I have all these pictures of “extras in repose”. It was an extraordinary experience.

The last time I saw Bernardo was at the Venice Film Festival in 2013, where he was President of the Jury. I was stunned by the toll confinement to a wheelchair had taken. He never laughed during the reunion. I was meant to visit him in Rome last year, but regrettably the meeting never happened.

I do not claim to have any special relationship with or unique knowledge of the maestro and his work, nor do I even profess to like all of his films. I am simply a devoted admirer who had been granted the privilege to witness the creation of one of his masterpieces. Showing these photographs is my way of remembering, and honouring the memory of an extraordinary friend whose vision and generosity changed my life.