News The Correspondent On the wall: Chinese Turkes... 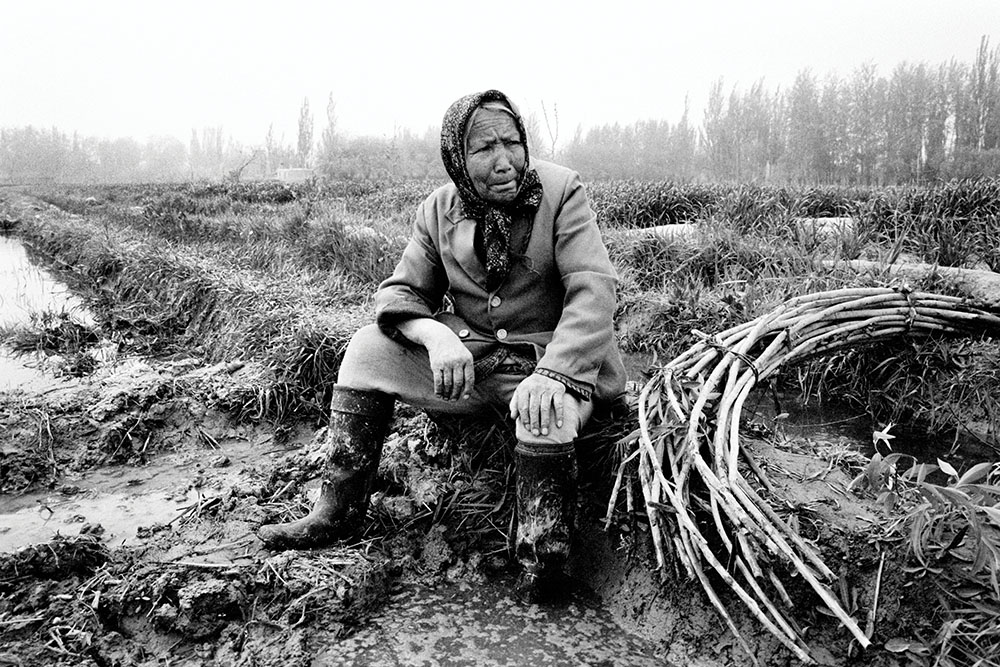 On the wall: Chinese Turkestan, by Ryan Pyle

An elderly woman rests on a muddy bank in her rice field near Kucha.

Ryan Pyle has been visiting China’s western Xinjiang province regularly since 2001. But it wasn’t until a recent trip in 2006 that he decided to focus his camera on this mysterious and remote part of the world.

Formerly known as Chinese Turkestan, this vast expanse of deserts and mountains has seemingly always been at a crossroads between cultures and time. For centuries criminals, holy men, and traders tramped across the region; and it was out of this tradition that the Silk Road was established.

Surrounded on three sides by some of the highest mountain ranges in the world, with the Gobi desert blocking the fourth, Chinese Turkestan is one of the most isolated places on earth. Ryan, drawn by its abundance of life, colourful minorities, harsh landscapes and religion, has visited mosques, local herdsmen, farming communities and former silk road trading posts to capture what he feels is a culture under threat from China’s rapid expansion into the region.

“The culture is vanishing before my eyes,” Ryan says. “Each time I return something is missing: a market, an old shop full of blacksmiths, a local mosque.”

Traveling only with a Uygur translator, Ryan feels that the importance of capturing this culture is paramount as it is disappearing so quickly.

“No other country in the world is knocking down old buildings faster to make way for new hotels, highways and airports than China,” says Ryan. “A few more years and there might not be much left at all; the whole country, from Beijing to Kashgar, is starting to look the same. A pity really, the cultural diversity being lost is not something that can be faked, or easily brought back. This cultural fabric will be lost forever.”