News The Correspondent Paul Gunnell, the pilot who... 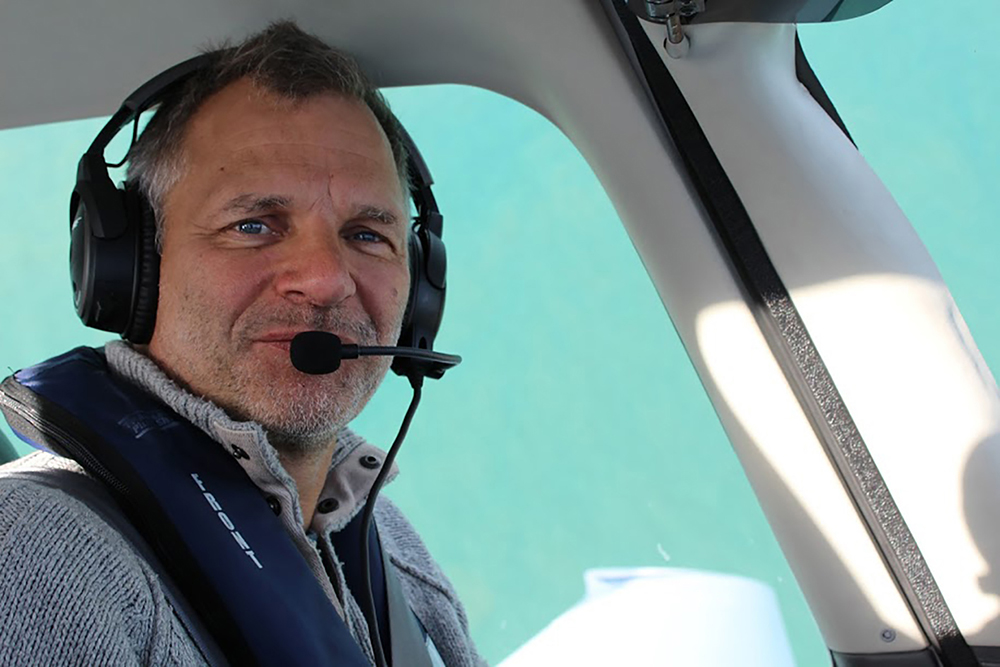 Paul Gunnell, the pilot whose legacy is a lifetime of adventure

A UK coroner’s inquest has failed to find the cause of the light aircraft accident on July 13, 2017, which claimed the lives of two experienced pilots, including FCC member and Cathay Pacific Deputy Chief Pilot, Paul Gunnell. After two years commuting from the Channel Islands, Paul died two weeks before he was due to return to Hong Kong and four weeks before his second wedding anniversary. His widow, Kirsty Boazman, writes that he left a legacy of adventure, not an obituary.

Paul Gunnell in his beloved Cirrus SR22, en route from Guernsey to Normandy for lunch.

Paul Gunnell was born 50 years too late and he fell from the sky at least 25 years too early. He wasn’t a natural child of the 1960s but was better suited to the earlier decades of dash and dare. An aviator, an adventurer, a sportsman, a wit, a scoundrel, and an intellect. He was an exceptional, yet gentle and humble, modern mold of a man.

Sharing a wild expatriate childhood with his brother Jerry, in Nigeria and later Bahrain, cultivated an awe of freedom, and stirred a passion for nature’s engineering. Anyone can marvel at the sky, Paul loved its weather. Anyone can admire a bird of prey, Paul coveted its wing structure. Returning to Britain as a nine-year-old he developed a state school playground obsession with trains and planes. As a teenager, he inter-railed across Europe, hiked the Pennine Way, and flew solo at 16 – anything to avoid his mum Shirley’s driving.

The man, PG, was born to fly. His father Hugh thought so, the Royal Airforce knew so, and Oxford University gambled so. But he stumbled: mostly into campus bars after rowing or playing rugby, leaving his premature exit from Oxford the single regret in a life lived in full and open throttle. There was, somehow, a second RAF scholarship, a double-first in Engineering from Leicester and, then, eyes only for a fighter jet pilot career. 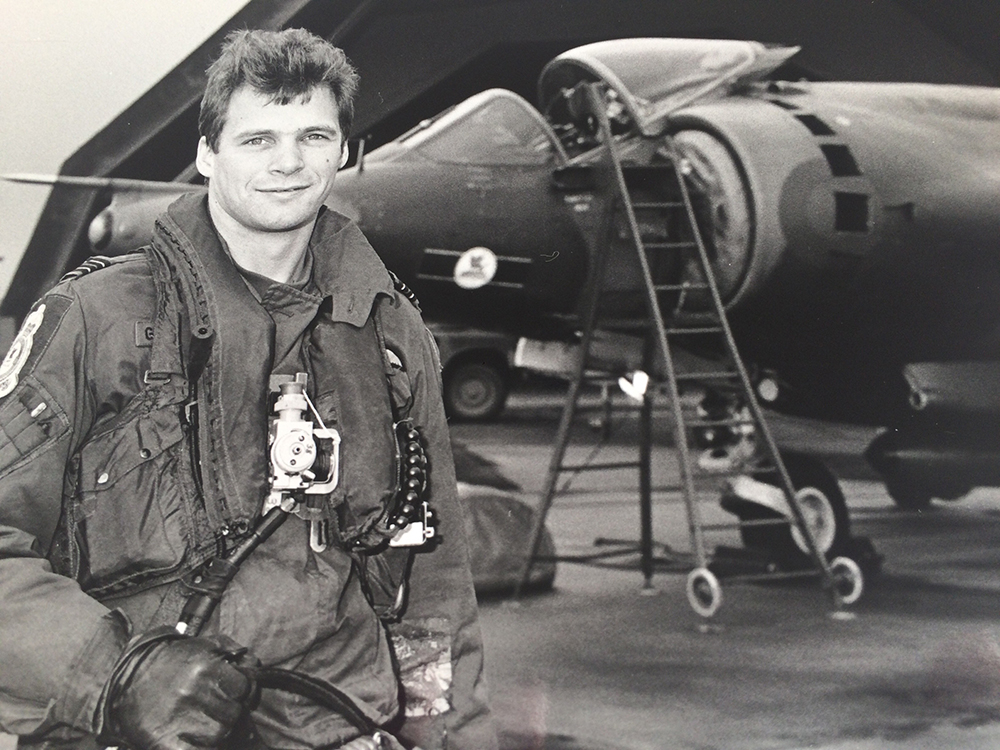 As a Flight Lieutenant with the RAF Harrier Group.

Training on the Hawks ultimately led to selection as a British “Top Gun” on the Harrier fast, or jump, jets. Before that, as a student officer, PG was banished by the RAF alongside best mate Rick Offord to distant parts for flying too fancy as well as warned, penalised and court-martialled for playing too fast. There was no punishment, however, for the violation of a bombing range with his re-conditioned Volvo, probably because he and Rick collected all of RAF Cranwell’s flying awards at their 1985 graduation. The RAF made a special note that these two pilots never be posted to the same squadron, for their own good and for safekeeping of the RAF’s reputation.

After five years in Germany with the Harrier 3(F) Squadron, PG returned a Qualified Weapons Instructor to fly from Belize and Boscombe Down, then into Afghanistan with the Operational Evaluation Unit to test equipment, including the early night vision goggles. PG was at one with an aircraft. He flew with the sort of calm that comes only through an innate understanding of aeronautical machinery and movement.

There was no desire to fly the “mahogany bomber” so, in 1994, he traded the prospect of an RAF desk job for a commercial passenger flying career with Cathay Pacific, based in Hong Kong. Twenty-three years followed, on the big birds of Airbus and Boeing, as a Captain, Senior Training Captain and in management as the airline’s Deputy Chief Pilot.

Those two decades were dedicated to travel and adventure. He scaled Himalayan mountains; haggled over taxi prices in the Khyber Pass; swam with turtles in the Galapagos; skied Swiss and Austrian Alps; saw sunrise over Machu Picchu; watched sunset over Petra; drove the great American highways; dived in the Philippines and Middle East; set dynamite in Bolivian mines; ran marathons in France and Scotland; peered into Ecuadorian volcanoes; slept on Caribbean beaches; para-glided in outback Australia; encouraged a stampede from a microlight in the Serengeti; crashed scooters in Italy; chased snakes in Indonesia; drank dodgy beer in most every Asian nation; ate way too many curries; and flew small planes at every opportunity. More than 18,200 total flying hours.

A natural storyteller, who was usually first to the bar and therefore an obvious candidate for FCC membership, PG could debate anything – for the intellectual gymnastics. With a brain that needed constant feeding, he tired of “wasting” time in hotels between the long-haul Cathay flights, so squeezed in a first-class Law degree. He studied, and genuinely understood: quantum physics; computer coding; machinery; grammar; bread baking; even Excel.

PG lived his 57 years with an intensity that refused to be constrained by what was considered normal, enough or expected. He caused the environment to bend around him, rather than vice versa. His was the ability to fathom a difficulty, to unravel a conundrum, and to out-think, out-plan and out-fly any predicament. He was, in thought and action, forever one step ahead of most of us. But particularly in an aircraft. 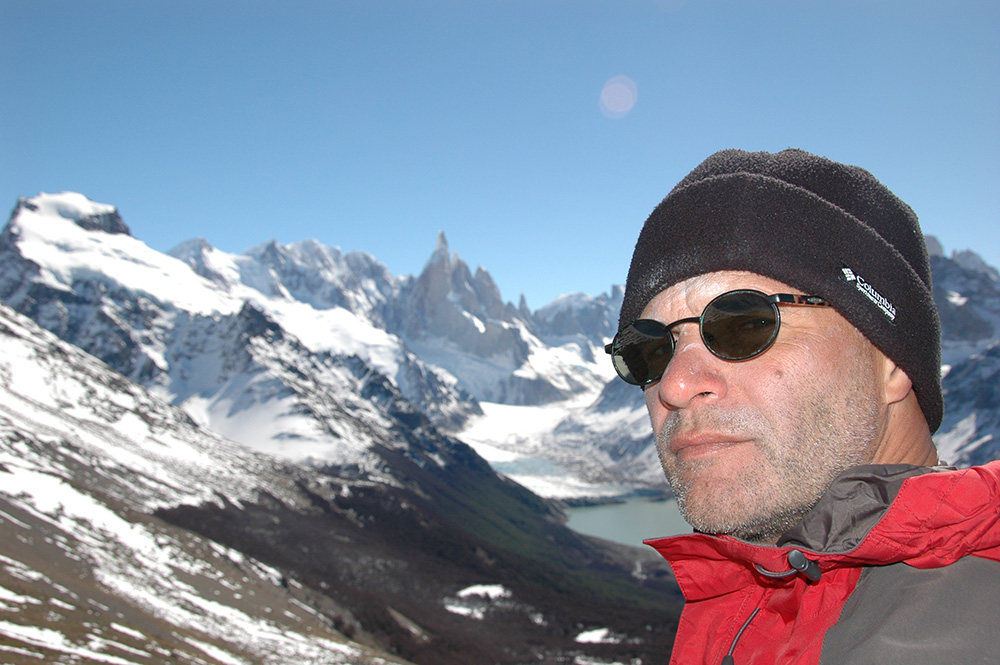 We moved to Guernsey in the Channel Islands in 2015, where it wasn’t enough for Paul to spend his rostered time-off flying to France for lunch, Spain for an overnight or Belgium for a weekend. There was a three-week self-fly odyssey, with oxygen cannulas shoved up our noses, over the Italian then Macedonian Alps to eight remote Greek islands. His writing about the tour remains one of the most-read articles in global aviation’s The Flyer magazine. He was also a volunteer pilot for the Channel Islands Air Search Rescue and became a Qualified Flying Instructor in 2017.

He cherished flying students from a grassy UK farm strip, with two great “humps” on it, because that was how everyone should learn to fly. Early on the perfect summer evening of 13 July, 2017, PG was asked to join an experienced pilot, who was flying his own plane, for a routine check-ride. Less than 20 minutes later, both men perished in an unfathomable crash in a picturesque Wiltshire barley field. Life was an adventure and a riddle to Paul’s very last breath. We will never know what caused the crash.

Paul and I were soulmates, with a deep and occasionally dangerous connection. We took almost half a lifetime to meet but didn’t waste a moment on our serendipitous joint adventure. Paul has, unknowingly, left the indelible imprint of inspiration on so many lives and aviation careers around the world. He has also, knowingly, left me with a butchered heart, a locked laptop, and a bittersweet flying legacy.

My brilliant husband was also my flying instructor and, about two weeks after his death, I managed the final skills test in 14 months of flight training. To have given up on my Private Pilot’s Licence at that last hurdle would have upset him greatly. We had planned to fly ourselves around the world in a small plane. I know Paul has followed through with that plan, in another dimension. But it should have been here, beside me, in this lifetime.