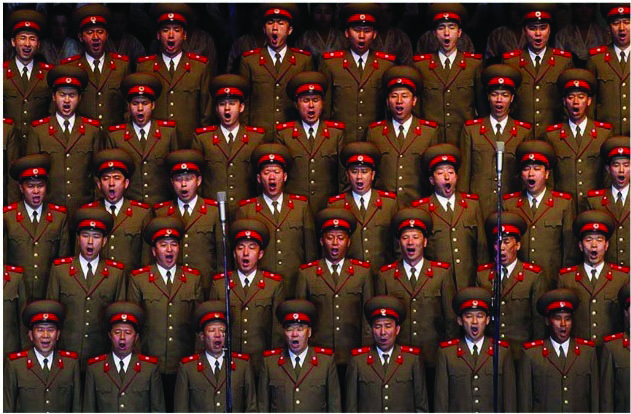 Vincent Yu was born and raised in Hong Kong, and has worked as a photojournalist for The Associated Press covering major news events across the Asia-Pacific region since 1989. He was first sent to North Korea on assignment in 1990 but didn’t visit again until 2011.

“One day on that trip, I was sent to cover the biggest parade ever to mark the 65th anniversary of the country’s ruling Workers’ Party,” Vincent explains. “Kim Jong Il’s presence was nothing out of the unexpected but when he emerged on the stage with his grown-up son Kim Jong Un, I knew history was being made before us. Until then, the world had only seen black and white pictures of the young Kim when he was still a child.

“Since that time, I have visited Pyongyang a few more times. Its deepest impression to me was that everything was so neat and clinical; people’s movements were synchronised and I was always cautious with everything I did and said.”

Vincent’s work has been recognised with many honours, including the 2004 National Headliner Awards, 2010 World Press Photo Awards 3rd Prize “People in the News” singles category, 2013 Picture of the Year Awards, Award of Excellence “Photographer of the Year” and numerous Hong Kong Press Photographers Association Annual Awards. His works are collected by the Hong Kong Heritage Museum.

Arrow through our slide show below