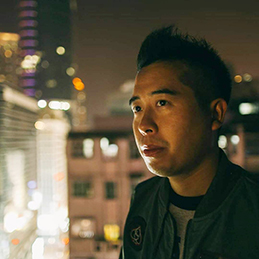 Freelancers are used to living precariously and they have been hit hard by the fall-out in the media industry during the coronavirus pandemic. Marianna Cerini reports

At the end of February, as the coronavirus outbreak quickened across Asia, one of the editors I regularly work for sent me an email asking to press pause on two travel stories I was working on. A few days later, another editor said a project we had discussed turning into a recurring gig had been put on hold.

Now six months into what’s become a global pandemic, I don’t know when, or if, both jobs will get picked up again.

I am not alone. Across the world, Covid-19 has forced millions of people out of work. Just like me, many freelancers – already a vulnerable segment of the workforce – have had assignments cancelled and their incomes cut drastically.

In the UK, a survey of 5,600 people by the Broadcasting, Entertainment, Communications and Theatre Union (BECTU) found that 71 per cent of freelancers in the creative industries are afraid they won’t be able to pay their bills. Three-quarters of more than 5,000 independent workers have lost contracts or gigs in the U.S., according to a poll by the Freelancers Union in April, with 90 per cent expecting further losses.

Within this landscape, journalists have been among those hit hard. A British National Union of Journalists (NUJ) poll revealed a third of self-employed media workers has lost all their work. A survey by the International Federation of Journalists (IFJ), showed that out of 1,308 staff and freelance journalists from 77 countries, 65.4 per cent of respondents had suffered pay cuts, job losses or worsening job conditions during the pandemic.

As a sharp drop in advertising revenue is causing media outlets to fold, furlough or layoff their staff, the picture isn’t likely to improve any time soon.

In most western countries, freelancers are now tapping into monthly unemployment benefits, or relief initiatives like the American CARES Act, a US$2 trillion federal stimulus package that offers unemployment insurance, paid sick leave, and pay cheque protection loans to independent workers and contractors. Far from being perfect, these measures are at least providing temporary support.

Things look quite different in Asia, including right here in Hong Kong.

Some 700,000 people, including freelance journalists and reporters, make up the SAR’s gig economy, but studies to check how they are coping are scarce.

And while the government’s latest HK$137.5 billion (US$18 billion) relief package will grant workers at least 50 per cent of their salaries for six months (capped at HK$9,000 a month), independent labour is looking at a one-off subsidy of HK$7,500 – but only if you have a Mandatory Provident Fund (MPF) account and have made contributions in the past 15 months.

That leaves freelancers who haven’t set up their own business or opened an MPF account out of luck.

“Contract-based workers and self-employed people are being overlooked by the government,” says Matthew Keegan, a news and features freelance journalist. “It’s highlighted how precarious freelance work is in the city.”

Keegan, in Hong Kong since 2014, has also been frustrated at the fact that only permanent residents and new arrivals with low income will be eligible for the HK$10,000 cash payment scheme announced in the early days of the outbreak and expected to start rolling out this summer.

“I’ve found that decision slightly unfair, considering I have been a taxpayer and resident here for six years. Many of us will miss out because we don’t have PR status yet.

“I’ve had my eyes on other grants and schemes, but I’m doing OK so far – not great, but OK – mostly reporting on the virus, so I think I’ll just wait and see.”

Edwin Lee, a freelance video-journalist and producer, shares similar views. “I am a permanent resident, and I’ve had my work cut by more than 50 per cent since January, but I don’t think I’ll apply for the handout,” he says. “Fellow freelancers have told me not to bother – there’s a fair share of paperwork and hoops to jump through to get it. I’m mostly relying on my savings.”

Photojournalist Laurel Chor says: “I wish the Hong Kong government did more to support its creative community. I just spent two months in France, where the government sees the value in their independent artists and actively gives them support — that’s what’s helped create a vibrant creative scene that makes waves globally.”

Instead of institution-backed financial aid, she has applied to a grant for Covid-19 coverage – “not an emergency support one,” she says, as she, too, has been relying on her own savings – to get back to work with the right kind of resources.

Many others have also done so. When the Pulitzer Center announced the Coronavirus News Collaboration Challenge programme in March – a grant for newsrooms and journalists in the U.S. and abroad to report on the underdiscussed issues of the pandemic – it received 300 applications in two weeks (the opportunity is now closed). “I think many saw it as a call to arms globally,” says the organisation’s executive editor Marina Walker. “Yes, the whole sector is suffering, but people are hungry to return to work and tell stories, and might be especially keen on getting reporting funds over personal ones. Freelancers above all. They are still too often an invisible segment of the media world, so any funding allowing them to do their job is a lifeline right now.”

It’s likely the crisis will make many rethink how sustainable freelancing is. It’s also likely governments worldwide might be forced to address the future of work.

Keegan says: “Most people who go into freelancing know how unpredictable it can be, the importance of savings, of keeping expenses low, of being prepared for times of need. That is why many of us have been getting by these past months. Freelancers are resilient.

“Is that a feasible way of approaching work long-term? Probably not. It would be nice to have some sort of lasting security.”

SOME HELP IS AT HAND

Organisations offering funding for journalists during Covid-19 include:

The Rory Peck Trust offers grants to professional journalists who have lost commissions as a result of the pandemic. To apply you must be able to receive a grant from a British registered charity: https://rorypecktrust.org

You can apply for the HK$7,500 government handout at the Hong Kong government’s website.

Marianna Cerini is a freelance journalist writing about culture, travel and lifestyle. In Asia since 2010, her work has been published by CNN Style, Al Jazeera, and The Daily Beast among others