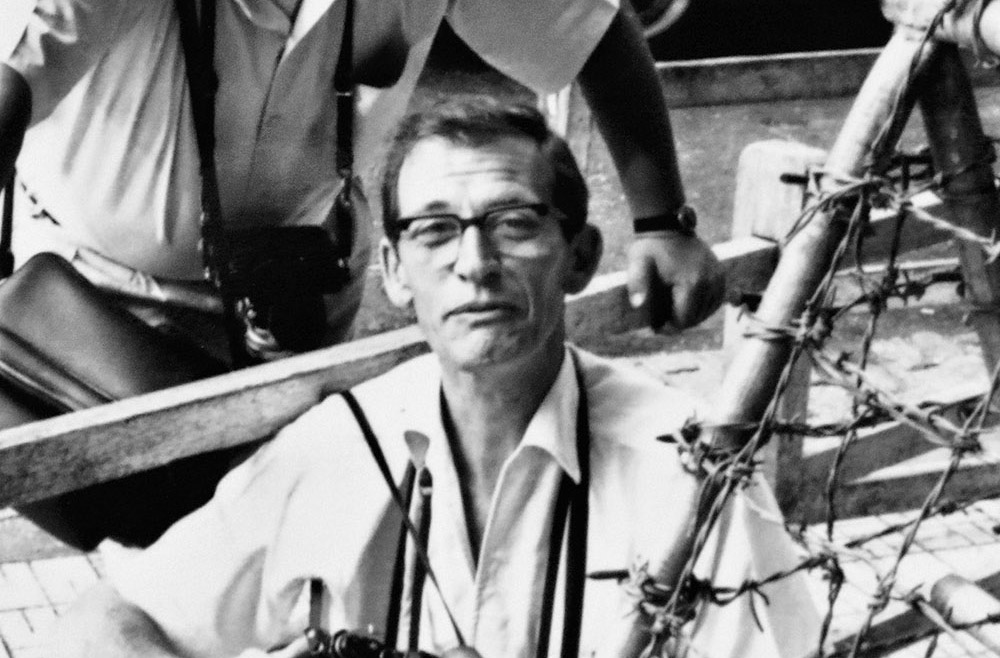 When a helicopter was shot down over Laos in 1971, four respected photojournalists and seven others on board were killed. Their remains were eventually interred in a U.S. museum. But now the museum has been shut down, and the search for a new resting place is underway. Rob Gerhardt reports

February 10, 1971 was a dark day for journalism. On that fateful day, photojournalists Larry Burrows of Life magazine, Henri Huet of AP, Kent Potter of UPI and Keisaburo Shimamoto of Newsweek were killed when the helicopter they were riding in was shot down in the skies over Laos. They were all covering the opening moves of Operation Lam Son 719 in the Vietnam War. Their deaths sent shockwaves through the Press Corps in Vietnam, and stunned those who knew them.

While they were the most well-known occupants, the group on the helicopter that day numbered 11 people. Along with Burrows, Huet, Potter and Shimamoto, were South Vietnamese Combat Photographer Sgt. Tu Vu, two senior officers, and the four crew members of the helicopter.

The site of the crash was first discovered in 1996, and in 1998 the site was excavated by the U.S. Joint Task Force – Full Accounting, now part of the Defense POW/MIA Accounting Agency (DPAA). After attempts to bury them in other places failed, the few remains that were recovered were entombed in a small box under a plaque in the Newseum in Washington D.C. in 2008.

Their final resting place would be the museum’s memorial to fallen journalists and was one of the centerpieces of the museum as a whole.

Or, at least it was.

With the closing of the Newseum on December 31, Burrows, Huet, Potter, Shimamoto and the others are once again searching for a permanent resting place. On January 14 their remains were disinterred from the Newseum and returned to DPAA custody till a new resting place can be found. 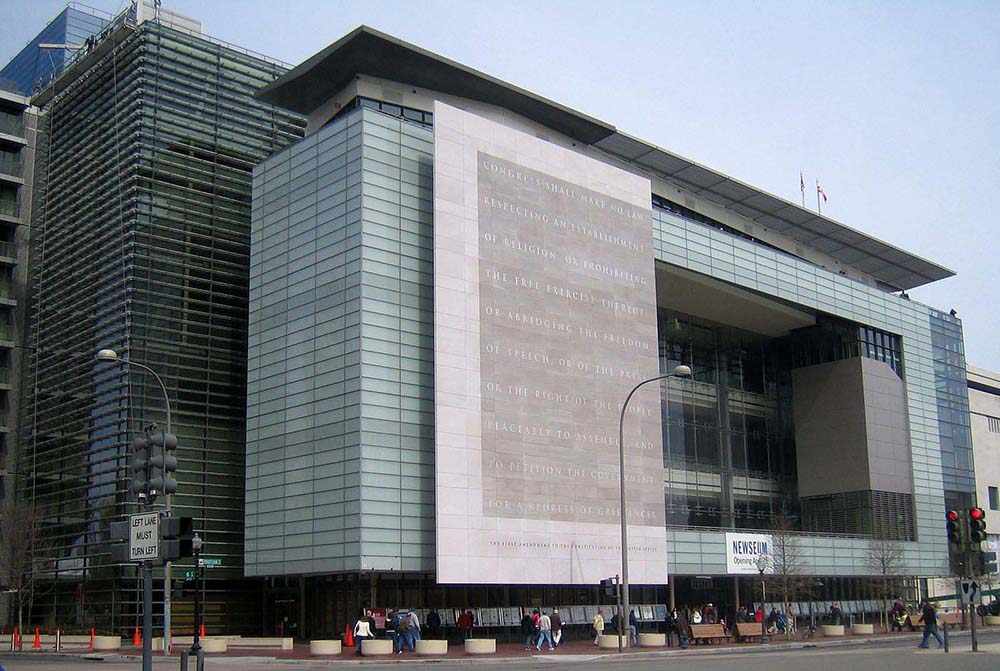 Financial troubles forced the Newseum in Washington D.C. to shut on December 31

For years the museum had not enjoyed a solid financial footing, having spent $450 million (approx. HK$3.5 trillion) to build its home in Washington D.C. Surrounded by the various Smithsonian museums that charge nothing to get in, the Newseum charged a $25 (HK$194) entrance fee. And even though it drew roughly 800,000 visitors a year, it was not enough to keep the museum afloat. The building has been sold to Johns Hopkins University to be used for D.C.-based graduate programmes.

While the rest of the museum’s holdings are being put into storage or returned to their owners, the remains are now homeless. Russell Burrows, Burrows’s son, said that he was not sure what would happen next, but he is working on it. “Because next February will be the 50th anniversary of the shooting down, I’m treating that as a deadline to come up with a plan to satisfy the families,” he told me.

“Bayeux (France), London, somewhere in Vietnam, Washington, Southern California and Texas have all been raised. Personally, I lean towards another Washington location, but even if the memorial site there, now being discussed, is approved, its completion is years away. When the artefacts were recovered from Laos, we had good information about the foreign journalists, and over the past 10 years we have come to know the Vietnamese families, too.” 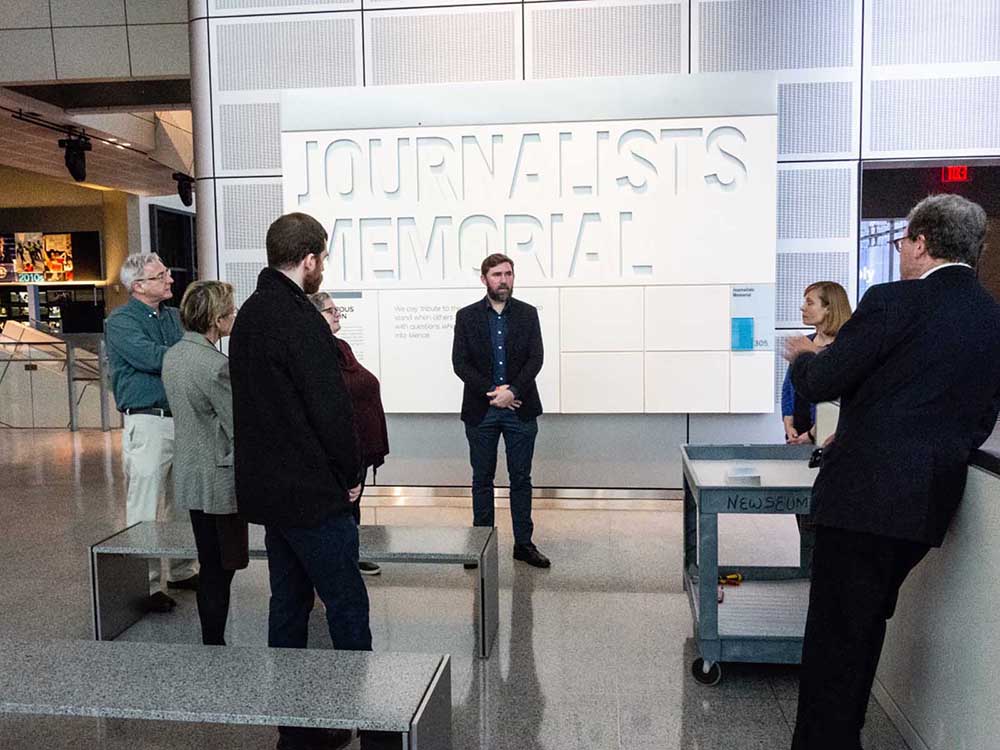 At the Journalists’ Memorial in the Newseum on January 14 when the remains were
disinterred. Russell Burrows is far right. Photograph: Thanks to Michael Putzel

Russell does not believe there will be any DNA testing to further identify the remains that were found. “I don’t believe there will be DNA tests, the necessary level of sophistication wasn’t available in the late ‘90s at the time of the recovery, but the military closed the case based on strong circumstantial evidence. It was a group identification, and there has been no effort to reopen the case to look at the small quantity of human remains.”

The four photojournalists were by no means the first to die covering the Vietnam War. They were all aware of the danger they faced in covering combat and had become familiar with witnessing death. One of Huet’s most famous photographs from the war was a photograph of photojournalist Dickey Chapelle being given last rites by a chaplain after she was mortally wounded by a booby trap. Burrows’s harrowing photo series for Life, One
Ride with Yankee Papa
13, showed how the death of a friend in combat can break down even the strongest soldier. Several of his photos are on display in the FCC’s Bunker.

For now, the small capsule containing the remains of the passengers on one ill-fated helicopter in 1971 will stay in the care of the DPAA and held at its laboratory at Offutt Air Force Base in Nebraska. They are a long way from the mountainside in Laos, but they are still far from finding a home.

A BIRTHDAY FORAY INTO COMBAT

Photographer and long-time FCC member Robin Moyer remembers Larry Burrows well. He said: “Larry showed me how to use my first real camera, a Japanese Beauty Super II. That was in 1963 at his home on Headland Road, Repulse Bay, Hong Kong. On May 11, 1970 on my 25th birthday and my first foray into combat, I was on a helicopter headed from Saigon to the Cambodian border with Larry and John Saar from Life (and Kioichi Sawada of AP who was later killed by the Khmer Rouge in Cambodia, October 28, 1970). Here’s a photo of that flight as we pass the Black Virgin Mountain near Tay Ninh. I had a couple of dinners later with Larry in Saigon but was never in the field with him again.” 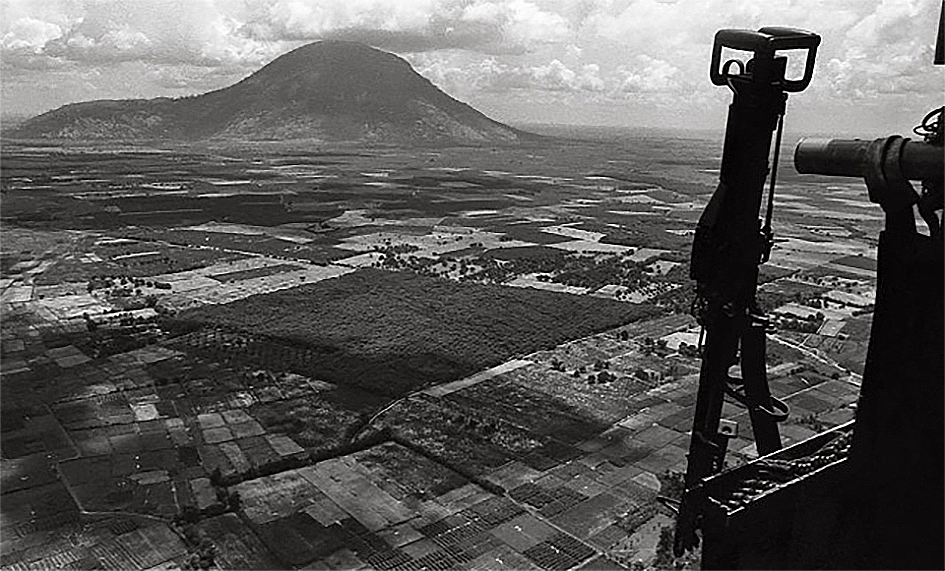