News The Correspondent Stephen Vines on What Makes... 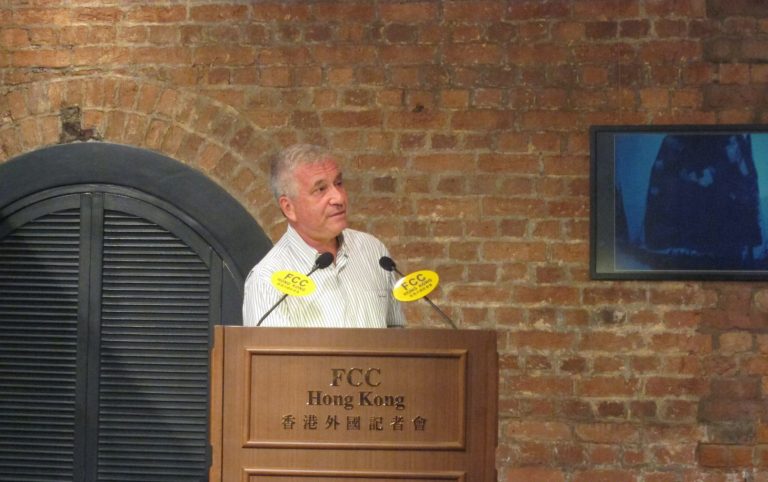 Stephen Vines on What Makes the FCC Special: ‘It’s About the People’

The FCC was a second home to Stephen Vines, who hastily decamped to England in August after 34 years in Hong Kong. The former FCC president and veteran journalist shares a few parting words with his FCC family.

Like the Hotel California, at the FCC “you can check out any time you want, but you can never leave”.

But after more than three decades of membership I have, much to my consternation, checked out. It was not easy to do so but as the “White Terror” slashes and burns through the foundations of Hong Kong, it seemed like the right time to go.

I have written extensively elsewhere about why I had to leave, so this is not the place to cover that ground again. However, it is the right place to talk about what it means to leave the FCC because the club played a pivotal place in my life before a somewhat hasty departure.

I am a fully paid-up member of Tribe Hack. We are a reprehensible group – overconfident, sarcastic, argumentative, arrogant, sometimes a bit shouty. Other times, rather sneaky, keeping things to ourselves in fear that they might find their way into rival outlets.

But at the same time Tribe Hack offers lifelong friendships, impressive mutual assistance and, perhaps most of all, the promise of escaping that worst of all afflictions: boredom.

At the FCC, all these traits come into sharp focus, making it an infuriating place but one which is simply the best journalists’ club in the world. This did not come about as a result of careful planning, or to be frank, any kind of planning.

From its early days in Chongqing to the forced evacuation to Hong Kong, the FCC was an itinerant entity, in turn finding shelter in a grand mansion, a luxury hotel, an office block and now a historic building where we stay at the tender mercy of the government.

But, of course, the club is not really about the buildings that house it – it is about the people. Some are rather famous, like Clare Hollingworth. Then there was BBC stalwart Anthony Lawrence, a true gent in every sense of the word, who had the knack of being extremely self-effacing. Hugh van Es, the gruff Dutch photographer, was always on hand to remind me that I was “talking shit” (he was often right, darn him).

I have mentioned various deceased members because I feel that discussing my relationships with the living slides to the wrong side of intrusion, but I can say without reservation that friendships formed at the FCC have been among the most important in my life.

The club is a place of cliques, magnificently long-running feuds and, at its best, offers comfort, reassurance and the kind of irreverence that stops us from taking ourselves too seriously.

It’s hard not to be maudlin at the prospect of never returning to the FCC. But having left due to the pressures and dangers of pursuing the dismal trade of journalism in Hong Kong, it would be downright myopic not to recognise the special problems that afflict an institution carrying in its title both the words “Correspondent” and “Foreign”.

However, foreign correspondents have survived in places where the pressures are considerably greater and where the threat to life is hard to exaggerate. The FCC has a plaque memorialising colleagues who were killed in the line of duty, in case we should forget. None of them perished in Hong Kong.

I am acutely aware that, for some people, the FCC is little more than a glorified bar. If it were only that, it would never produce the strong emotions that it does.

But some of us are emotional – I plead guilty.
We measure site performance with cookies to improve performance.