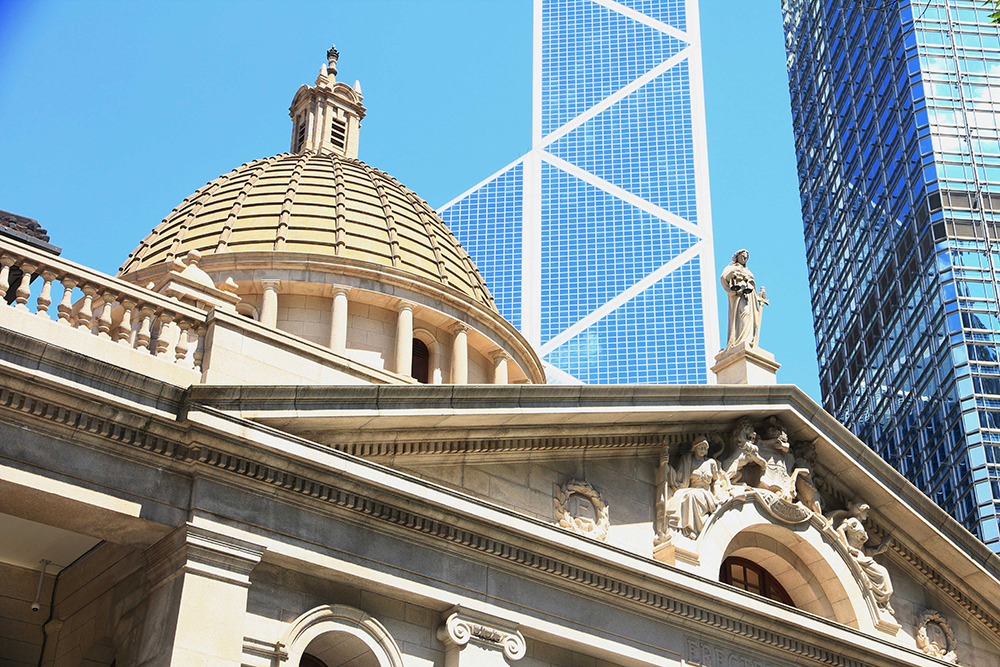 Not much has changed for years in the way Hong Kong’s courts handle the media, leaving reporters to rely on an unspoken code of sharing any information they can get their hands on. This doesn’t bode well for the protest-related cases the judiciary will handle in the coming months. Jane Moir reports.

Journalists who regularly cover the courts in Hong Kong have an unspoken code. You can keep a scoop to yourself but are expected to share the essentials of a case with other court reporters, from writ lists to submissions by counsel.

It is a system which evolved out of necessity. On a typical day at the High Court there might be 25 hearings for journalists to cover. At the District Court, a similar figure. Add the city’s seven magistracies, the coroner’s court, and lands and labour tribunals into the mix and it would take an editorial army to do justice to the daily court diary.

In the coming months, as protest-related arrests and judicial reviews gradually trickle into the courts, journalists will have no choice but to select which cases they will cover.

Globally, as jurisdictions embrace technology and respond to dwindling journalist numbers with easier access to the courts and digitalised documentation, Hong Kong has made just incremental change over the past 20 years.

Journalists in Hong Kong are not privy to large chunks of a case: for example, witness statements which are accepted as evidence but not read out in court. Written expert reports, also deemed to be part of a case’s evidence, are not made available, even in redacted form.

In criminal cases, there has been some progress and journalists no longer have to beg friendly prosecutors to see an indictment. The High Court press office now keeps a copy for journalists to see.

But in the District Court and magistrates courts, journalists must still approach prosecutors or counsel to see what charges a defendant is facing. Although these charges will be read out in court, it requires a speedy hand to note down all the facts. The same is the case with any admitted facts read out in open court with crucial details – such as spellings of names – a reporter would want to check.

Civil cases can be particularly problematic to cover, he says, as opening and closing submissions may not be read out, leaving gaps in the facts and legal arguments for both the press and public.

These skeleton arguments are sometimes accepted by the court with only a few particular queries from the bench. It can be a hardy exercise for a journalist to piece together the gist of an argument when counsel refers to paragraph numbers rather than reading the relevant text.

Court reporters must ask counsel for a copy of their submissions, which is not always granted, although in high profile cases they are sometimes available in soft copy. At the Court of Final Appeal (CFA), counsel’s submissions are uploaded onto the CFA website “with parties’ consent”, according to the Judiciary.

In some cases, it may be only at judgment stage that the picture becomes clear. The Judiciary publishes judgments online and in recent years has tended to upload the documents the same day the decision is handed down. This is not always the case: for example, there was a two-week delay in uploading the English version of a decision to jail democracy activists Joshua Wong Chi-fung, Na-than Law Kwun-chung and Alex Chow Yong-kang in 2017.

Most judgments will give a good summary of the facts, evidence and reasoning. Occasionally however a judge will refer to a “helpful summary of the background and issues” as set out in counsel’s – unpublished – skeleton submissions, and only give a very brief outline.

Similar issues over access to the courts and case information in the UK led to a review in 2018. As a result, HM Courts published guidance on what information journalists are entitled to, as well as allowing journalists to report on cases using texts or other communications. The general starting point is that journalists should be supplied with documents and information unless there is a good reason not to.

The criminal procedure rules were also revised in October 2018 to incorporate the procedure for journalists’ requests for copies of court documents. In general, if a document has been read out in court, it should usually be provided on request – electronically, if possible.

Other jurisdictions, such as the U.S., take a different approach. To any court reporter, a browse on New York’s Supreme Court website is the stuff of fantasy: a plethora of information, from the writ and defence, counterclaim, witness statements, exhibits and even correspondence between parties.

Reporters from Hong Kong who covered the New York trial of disgraced former minister Patrick Ho in December were astonished by the wealth of case-related information they had access to, either online or available through the attorney general’s press office.

Hearings have likewise commonly been televised in the U.S. for decades. Britain’s Supreme Court began live streaming in 2014. Hong Kong’s High Court has broadcast some high-profile trials – the prosecution of former chief executive Donald Tsang and the Sun Hung Kai Kwok brothers’ trial for example – in the vicinity of the courtroom (usually the lobby outside) given seating constraints. In terms of televised hearings, the Judiciary says it is “keeping in view the developments in other jurisdictions on this front” but cites “divergent views” as being a factor in the decision that it has “no plan to introduce televised hearings in Hong Kong courts’’.

In respect of journalists’ digital access to other information such as witness statements and expert reports, the Judiciary says: “…thorough considerations need to be given and relevant stakeholders including the legal profession need to be fully consulted before a decision can be made.”

As the courts gear up to handle more and more protest-related cases, court reporters will still need their unspoken code, friendly clerks and cooperative counsel to give an accurate account of proceedings – much as they did 20 years ago.

Jane Moir writes on legal, regulatory and financial crime issues. She is a former court reporter with the South China Morning Post and was admitted as a barrister in 2012.

Hong Kong has not opted to follow the UK in allowing journalists access to the family courts. Britain has recently moved toward greater access amid controversial cases, such as a council’s decision to remove a child from her mother illegally.

Although held in private, journalists in the UK have a presumptive right to attend family court proceedings and must adhere to reporting restrictions. In Hong Kong, family courts are closed to journalists. Some judges publish judgments of family proceedings in redacted form, but it is still the practice of the court to seek permission from the parties before doing so.

In the juvenile courts, journalists may attend hearings unless the judge decides it is not in the interests of the child in question. But in some recent cases involving children arrested at the protests and separated from their parents, court reporters were barred from attending despite the high levels of public interest. The details of the case only became available when the guardians filed a judicial review and writ for habeas corpus at the High Court.