News The Correspondent The death of the Cambodia D... 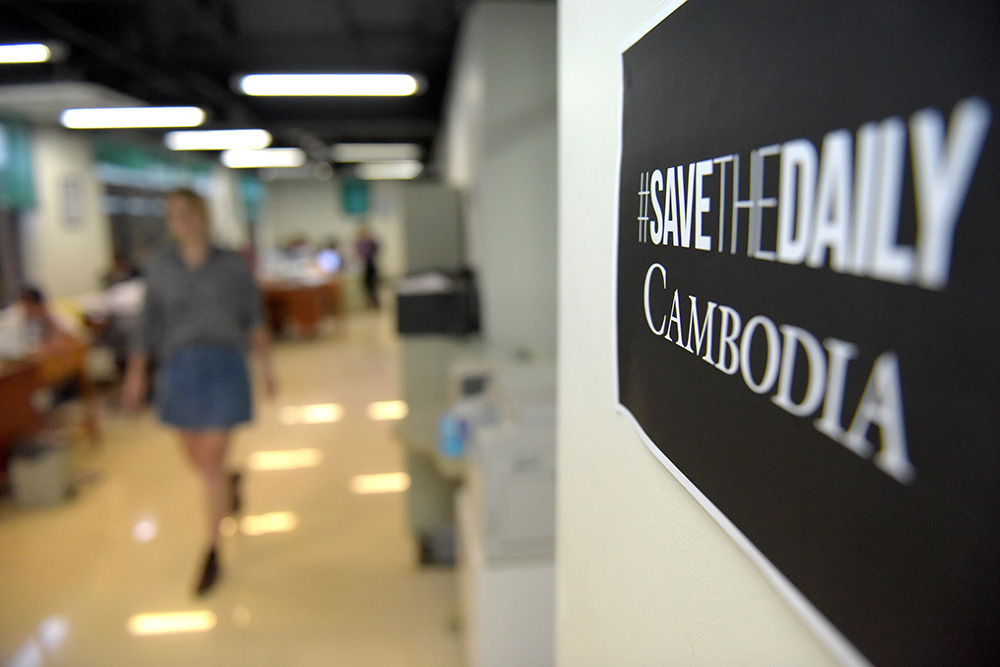 Go back two years and the media landscape in Cambodia was very different from the pared-down press corps that covers the country’s news today. Each clampdown on independent media has seen more journalists leave – or flee – the capital, Phnom Penh. Danielle Keeton-Olsen and Jodie DeJonge lost their jobs when The Cambodia Daily was closed. Here are their stories.

A printout of a hashtag to save The Cambodia Daily, at the paper’s newsroom in Phnom Penh

When I arrived in Phnom Penh two years ago, you could walk into Red Bar – the journalists’ bar – on any given Thursday to overhear the latest conspiracy theories and tales that couldn’t be verified for print, or just recaps of the latest birthday or going away party in the reporter community. Two years passed, and with Cambodia’s English language daily papers shuttered or restrained, independent media – and the oddball cast of foreign and Cambodian journalists who gathered to drink when their work week ended – has nearly evaporated.

I’d hardly call the end of Thursday night imbibing a loss, but the end of that scene underlies the bigger issue: there are very few reporters left in the capital, or Cambodia in general, who are shining regional and international light on the country, both for its flaws and developments. With that, the real rubble lays among Cambodian journalists, who receive fewer opportunities and face harsher punishments for their reporting.

Cambodia was once a unique media subject:  it’s small and underdeveloped enough to register as just a blip in the global economy. But the country received far more coverage than the vibrant economies and societies in Vietnam or Malaysia because it had an established routine of independent media. Before 2017, veteran journalists described “close calls”, when a journalist was charged and tried with egregious fines or publications were threatened with closure. But the media were able to power through, until the current regime lost its tolerance for independent media and willingness to respect donors’ human rights requirements.

Shortly after The Cambodia Daily print newspaper closed amid a highly publicised tax dispute, I feared my stay in Cambodia might come to an early end, and I know some other foreign reporters felt the same as visa conditions grew more ambiguous. Once an “uncontested” reelection of Prime Minister Hun Sen and his ruling party was assured, that tension among foreign reporters faded. Instead, the pressure is borne by local journalists.

The detention and charging of two Radio Free Asia reporters gained international attention for some time after they were arrested in November 2017. That media coverage has slowed after the reporters were released on bail, even though they still face charges of illegally collecting information for a foreign source. But in addition to this case were dozens of other attempts to repress the spread of information, as the government leans into a campaign against “fake news”. Environmental activists, former opposition representatives and union members have simultaneously felt increased pressure to conform to party rhetoric. 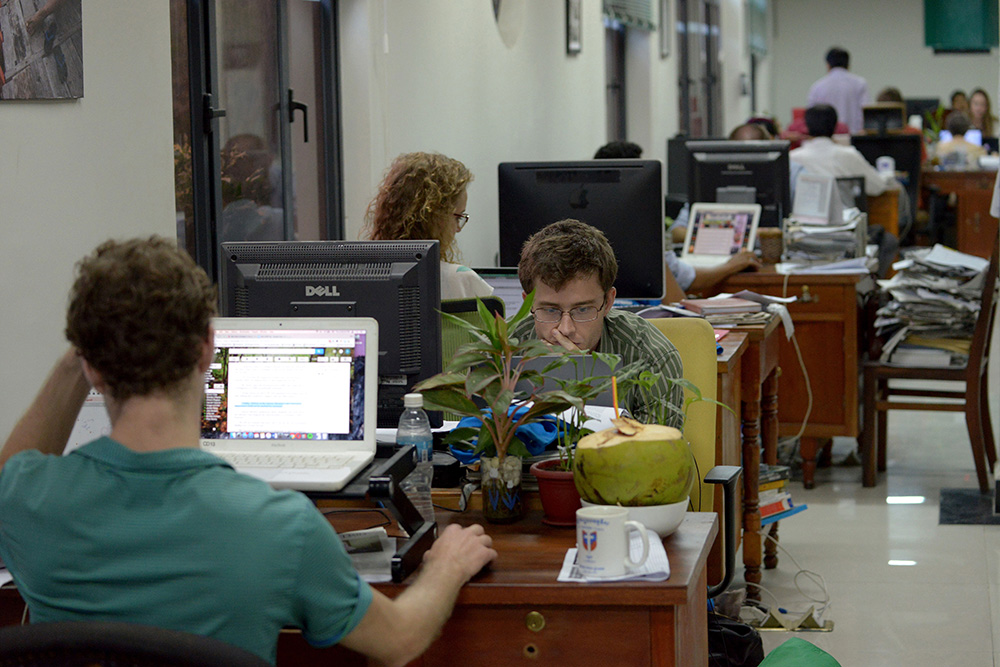 Granted, Cambodia’s independent media wasn’t a perfect system. Some of the local reporters I worked alongside either feel their English is not strong enough to pitch on their own, or they simply lack the confidence to make audacious pitches like I do. The Daily was founded under the premise that, beyond reporting critical news and analyses, it would train and empower reporters to tell stories on their own, and now that it’s gone, it’s clear it did not live up to expectations in this goal.

The Cambodia Daily lives on as a website. I’m no longer affiliated, and to my knowledge, no reporters in Cambodia are either. The other English publications – The Phnom Penh Post and Khmer Times – retain a few of the standout Cambodian reporters who cut their teeth in independent media, but their platforms are limiting.

There are rumours that foreign development organisations are planning a new independent publication, but the reality is that anyone looking to revive journalism in Cambodia has to find a new model. The tense political environment in the past year-and-a-half might have been the death punch, but like newspapers throughout the world, the independent English newspapers haemorrhaged money as news went digital, and as a result could no longer withstand the government’s blows.

Flawed but independent media is far better than nothing. There are still independent activists and journalists who are researching and writing through an independent lens, but there are far fewer people doing this, and many of the former Daily/Post foreign reporters who attempted freelance journalism have left the country. I still meet a few foreign correspondents breezing into Cambodia for short-term reporting projects, but the vibrant media scene of the past will file down with fewer Daily news sources, and general knowledge and understanding of the country will surely decrease.

Unfortunately, I’m one of the few foreign reporters still in Cambodia. And if I’m being honest, I’m probably not qualified or prepared to tell Cambodia’s stories, at least not alone. But I’m stubborn enough to still be here, and I hope with time and energy, more stubborn reporters emerge to rebuild a new scene on the ground where the Post and Daily once stood.

Danielle Keeton-Olsen interned and worked for The Cambodia Daily for just nine months before it was closed. She is a freelance reporter based in Phnom Penh who covers economy, society and environmental issues. She is also an engagement editor for investigative news startup Tarbell.

The first hint that something was very wrong came in a short story posted on a sweltering Friday night in August 2017 on Fresh News, the government-aligned website. It said The Cambodia Daily, the feisty independent Phnom Penh newspaper, owed more than $6 million in back taxes.

Within days, Prime Minister Hun Sen, facing a challenging general election, described the paper as the “Chief Thief” and said the payment was due in 30 days or the American-owned newspaper should pack its bags and go. 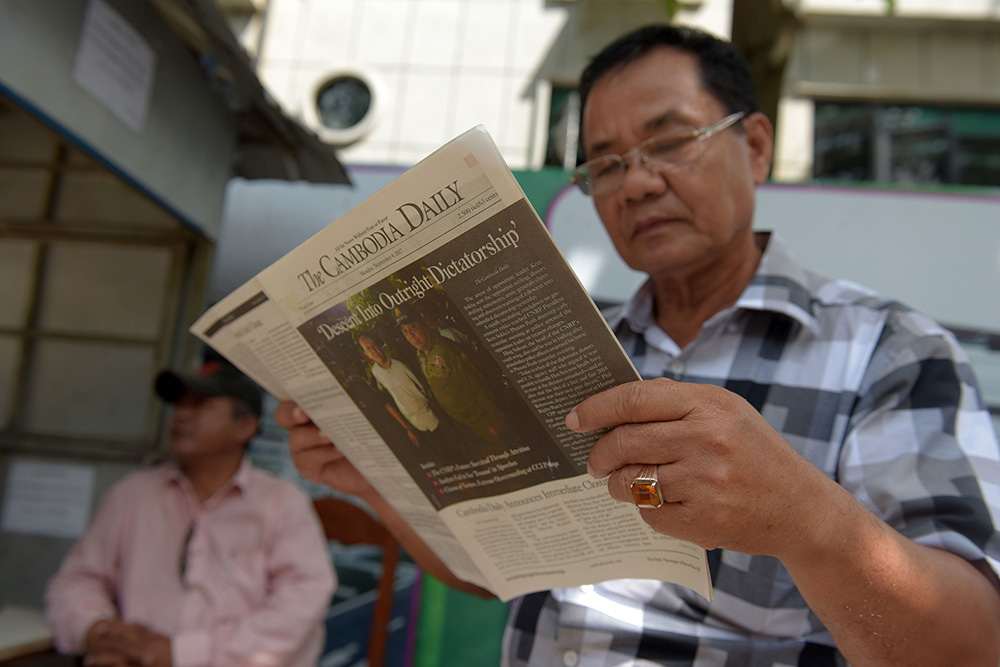 Threats against the Daily were nothing new. It had built its reputation over 24 years on its tough coverage of the government, its investigative work on illegal logging and deforestation, its attention to human rights abuses, its willingness to cover LGBTQ issues.

But this was an ultimatum of a different sort and it came as the Hun Sen government quashed dissent of all sorts in the run-up to the following year’s poll. As the government hammered the case against the paper, positioning it as a simple tax delinquency issue, even though it was anything but, the staff continued its hard-hitting journalism. 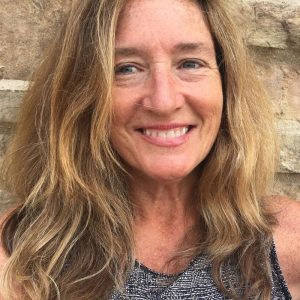 Some of the old-timers thought it might blow over, as so many threats over the years had also quietly disappeared. They said perhaps Hun Sen would back down at the last minute and offer a solution that would save the paper and his reputation as someone who had allowed a free press to survive.

Instead, the climate worsened. Radio stations were shuttered, reporters were charged with incitement.

Thirty days after the initial Fresh News story, the Daily prepared to close. We planned a final edition that would look back on the paper’s best work, but like many best-laid plans, the news got in the way. On the same day, the government arrested opposition leader Kem Sokha and charged him with treason. It was the biggest news story of the year.

The final headline came from a quote in the main story: “Descent into Outright Dictatorship”.

It was crushing to be in the newsroom in those last days. Everyone who worked there was truly invested in the mission of the paper, to report the news without “fear or favour.” More than 60 people faced losing their jobs and the journalists knew it would be tough to find another job in journalism.

In the end, I was one of the lucky ones. A fateful New Year’s Eve cruise on the Mekong brought me to the Phnom Penh Post. As the Managing Editor for Digital, I was responsible for creating a digital-first news environment. We were transforming the paper when it was sold last May by its Australian businessman to a regime-friendly buyer. Seventeen journalists quit in two days. I was among them. News in Cambodia has never been the same.

Jodie DeJonge was the last editor-in-chief at The Cambodia Daily, then moved to The Phnom Penh Post. Previously at the China Daily in Beijing, most of Jodie’s earlier career was in domestic bureaus of the Associated Press. She is now is a regional editor in Sarajevo for the Organised Crime and Corruption Reporting Project.