News The Correspondent The Greening of the FCC 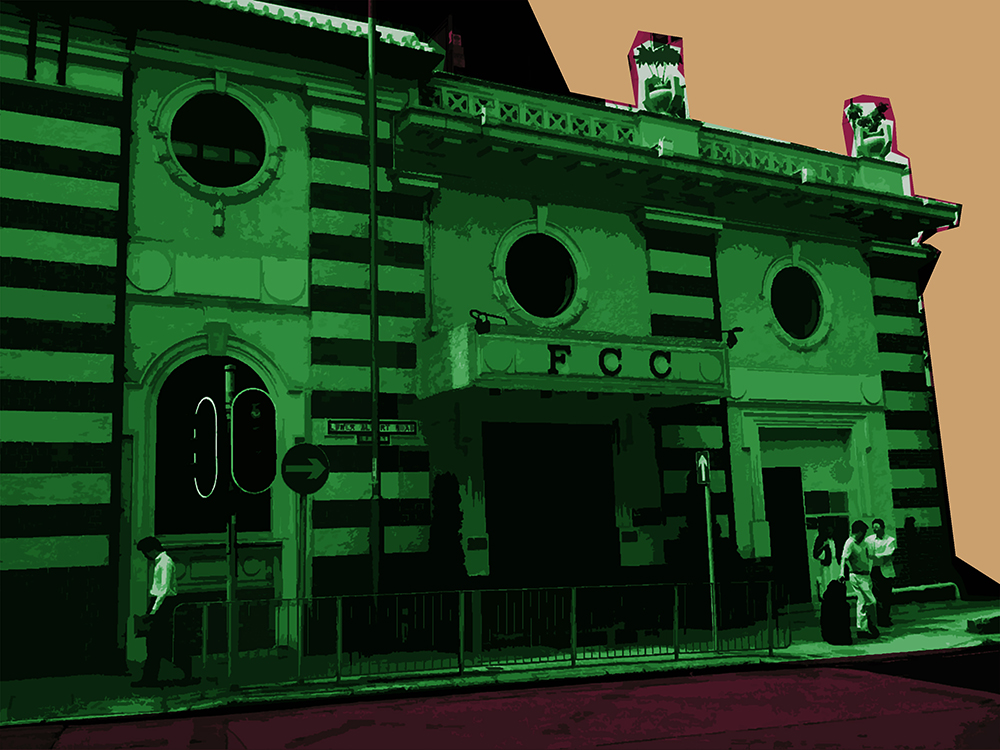 The Greening of the FCC

General manager Didier Saugy has made it his mission to reduce the club’s carbon footprint and has launched a series of initiatives towards that goal. Morgan M. Davis talked to him about the FCC going green.

It’s not easy being green, but the FCC’s new sustainability initiatives have helped to make at least one part of its members’ lives a bit more sustainable.

The FCC has launched sustainability initiatives.

Since becoming the FCC’s first new general manager in almost two decades last summer, Didier Saugy has made it his mission to cut down on the FCC’s carbon footprint and give back to the Hong Kong community at the same time.

“I think it’s very important. We’re big wasters of anything,” said Saugy of his efforts. “We need to look after our planet.”

Prior to Saugy’s efforts, the FCC did not have any green initiatives in place; this created its own challenges but also left a lot of room for easy improvements. “It’s never been on the agenda,” said Saugy, admitting he was a bit surprised by the lack of sustainability efforts at the FCC when he arrived. “Just an eye opening is good for the staff, for the members,” he said.

Saugy began by modeling his green plan after his experiences working in hotels, most of which have some sustainability efforts in place. He started with quick fixes, meeting with club managers once a month to focus on green changes. Initial club efforts likely fell below the radar of most members. The kitchen, for instance, began recycling its cooking oil, selling it to a local company that repurposes it into biodiesel. He also switched the club’s electricity to LED lights.

“It’s a little bit easier for me to come in and put it in place…because it was normal practice for me until now,” said Saugy of his sustainable practice experiences in hotels. “What we’re doing in our daily routine is important. We’re diminishing our footprint as much as we can.”

Since then, the initiative has become more apparent in the front of the house. Members will notice a battery recycling box in the club lobby. The FCC is recycling its batteries and electronics through a local programme, and members are welcome to drop off their own from home for the club to recycle.

All cleaning chemicals used in the club have been changed to biodegradable – something that extends to the soap being used in the club’s toilets. The laundry is now being done by a green certified company.

Takeaway boxes have been switched to biodegradable material, and the club is making a transition to paper bags for takeaway as well. Any food left over at the club is being donated to the Foodlink Foundation in the city (see box below). The Hong Kong charity reduces food waste, while also providing healthy meals to the city’s most needy citizens. “Being part of the community is important as well,” said Saugy.

The FCC’s paper has also been given a makeover, with the letterhead being switched to a more sustainable paper option. This magazine is now printed on paper from responsible sources. The club office has two recycling bins for paper and has encouraged a policy of recycled paper use and double-sided printing. Previously waste paper was thrown away.

While the list of Saugy’s changes is extensive, it’s only just the beginning. The club recently contacted HK Energy for an audit, to look further into the club’s current energy use, and how green energy can be better incorporated. Some of the related changes will involve updating old equipment, particularly in the kitchen, to cut down on energy waste.

In the dining room, the FCC is encouraging members to try meatless Mondays by introducing a vegetarian menu with vegan options. Every Monday, the club offers a new variety of vegetable-friendly courses. Saugy tries to buy as much local produce as possible and hopes to incorporate more home gardening efforts into the menu. He’s looking into options of what herbs and vegetables could be easily grown at the club, down to the possibility of planted herbs as centrepieces on the club’s tables. Future menus will include more sustainable seafood options as well.

For me, it’s really to be proud of the club for doing something.

For coffee drinkers, the FCC is switching to Nespresso pods, which can be collected for recycling. Already, the club has contributed 15,000 pods to recycle. All drinking straws have been switched from plastic to paper. Glass bottles, which were previously thrown out, are now being recycled.

While some of the initial projects came easily for a club starting from zero, a complete overhaul of FCC does have its challenges, namely the cost. “It’s a shame,” said Saugy. “Anything we do for recycling is expensive.”

But his initiatives have also helped balance the books. Using new printers and cutting down on printing, for instance, has saved the club HK$10,000 per month. Selling the cooking oil has also brought in a few hundred dollars.

Other challenges come down to how the club was set up. Air conditioner use, for instance, sucks up large quantities of energy, while offering little option for the FCC to reduce the use. Like many other places in Hong Kong, the AC is either on full blast or off. That makes it impossible to cut down on electricity by adjusting the temperature. Saugy is hoping to find an AC alternative that will allow more control.

“The way the club was made has not always been the best practice,” said Saugy. Short term answers to long term problems are a reality for the FCC and other such operations in Hong Kong, striving to pay the bills while providing for members in the near term. “Being in an old building as well can be difficult,” he added.

But as the FCC makes its changes, Saugy hopes that the club’s staff and members at least feel inspired to incorporate more sustainability in their lives. “For me, it’s really to be proud of the club for doing something,” he said.

Fast Facts from Foodlink, one of FCC’s new partners

Morgan M. Davis is a finance reporter at Euromoney’s GlobalCapital. The Illinois-transplant moved to Hong Kong two years ago by way of New York City, accompanied by her trusty sidekick Gizmo the Yorkie. Morgan has reported on multiple sectors of finance, and holds a Master’s degree from Columbia University.