News The Correspondent The kids are alright: Worki... 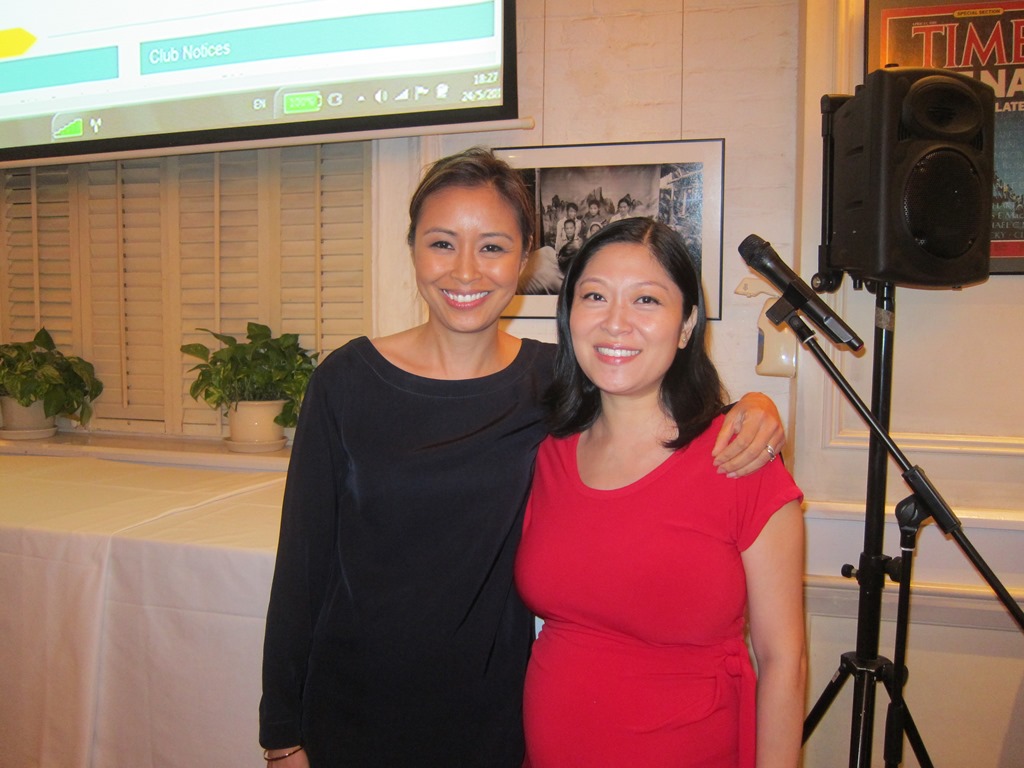 The kids are alright: Working mothers on juggling juveniles and journalism

Joyce Lau talks to four working mothers in the demanding world of journalism.

My email exchange with BBC correspondent Juliana Liu was typical. I had wanted to sit down with her, preferably over a spot of tea, to talk about the pros and cons of being a working mother in the demanding field of journalism. But we were also both stuck in the hospital with sick children.

My three-year-old Emilie woke up that morning with a bright-red, full-body rash at a time that Scarlet Fever, of all things, was making its rounds in local kindergartens. Thankfully, it turned out to be something else.

Liu was in another hospital with her son Philip, aged four, who had a frightening bacterial infection. She spent several nights in the children’s ward while her husband Marcel did the hospital “day shifts.” Their two other children – Laura, aged 2, and Matthias, an infant born in late July, 2016 – were cared for by nannies at home.

True to form, Liu replied to my interview request first thing the next morning – typing away at 7 a.m. before her kids were up.

Liu, a member of the FCC Board, is the BBC reporter famous (perhaps infamous) for running out with her big, pregnant belly to do live reports on hard-hitting Hong Kong news.

“The Lamma ferry disaster happened when I was hugely pregnant, and I started filing overnight, around the clock for several days,” she said of the 2012 maritime tragedy.

The Umbrella Movement started when I was 34 weeks along, and being tear-gassed was not at all fun,” she said. “The police, protesters and my colleagues were much more horrified than I was. My doctor said the chances of me going into early labour was extremely low, so I was able to keep working as usual

“The Umbrella Movement started when I was 34 weeks along, and being tear-gassed was not at all fun,” she said. “The police, protesters and my colleagues were much more horrified than I was. My doctor said the chances
of me going into early labour was extremely low, so I was able to keep working as usual.”

Liu has typically taken four to six months of maternity leave for each of her three children.

“Being pregnant means I was travelling less for work (but still travelling) and having kids meant I had to be much more efficient, too,” she said. “It’s definitely been challenging when it came to dealing with breaking news.”

Like many working parents here, Liu and I rely on foreign domestic workers who provide the affordable home childcare that allows Hong Kong parents to pursue their careers.

“I work with my husband and nannies as a team,” Liu said.

She brings her kids in on the weekends to be coddled by the FCC staff. “They love their Club aunties and uncles.”

Tara Joseph, who until recently was both a Reuters correspondent and FCC president, said she was “lucky” to have benefitted from a British maternity policy that gave her a full year off for each child.

But she was still honest about motherhood’s inevitable impact on job opportunities. “If I were not a parent I would have moved more frequently and regularly, taken up assignments in different countries,” she said. “I had to, and still have to, temper my expectations.”

Joseph said that becoming a mother “affected my whole being”.

If I were not a parent I would have moved more frequently and regularly, taken up assignments in different countries

“Being around young people has opened my eyes and mind to many ideas and thoughts,” she said. “Children are not just little things that keep you busy – they are creative beings and represent the future – so I really learn a lot from how they view the world.”

When Joseph debated running for re-election at the Club, she asked her two children, aged 10 and 14, for their opinions.

“They love the place and like to see me involved,” she said. “They will grow up with all sorts of memories of the Club: The Christmas gingerbread wall at reception, the staff at the Main Bar, the pictures on the wall in the bunker, and playing hangman over lunch on the yellow placemats at the weekend.”

Being a mother did not change her commitment as president; but it did affect how long she lingered at the Main Bar. “We think it’s important for us to sit together as a family as often as possible,” she said. “I usually go for a drink and a chat at the club in the evening and leave by 8, which is tough!”

Cammy Yiu, editor-in-chief of CULTURE magazine, is a former FCC Board member who sits on several Club committees. Her two daughters, aged 14 and 23, are both products of the notoriously strict local school system, and fluently bilingual in Cantonese and English. “The local system is tough – but so are my girls,” she said.

When Yiu had her first daughter in the early ‘90s, she took the standard 10-week maternity leave. “It’s a real tragedy there isn’t better for Hong Kong working women,” she said. “It wasn’t enough. She was just a wee babe when I had to go back to work.”

For a decade she worked “crazy Hong Kong hours”. And when her older daughter was 6, Yiu enrolled in the top-ranked Kellogg-HKUST executive MBA programme.

“I juggled being a mom and a wife among all that. It wasn’t easy,” she said. “But my husband supported me 110%. He took over most of the ‘mum’ duties during the time.”

Yiu decided to change her life dramatically when she was pregnant with her second child; she quit her job and stayed home for a year-and-a-half. “I had the most wonderful time looking forward to the arrival of No. 2,” she said. “I stayed home to be with her.”

Like many working moms, Yiu is now self-employed. “I started my own company so I could have control over my professional and personal time,” she said.

She does not bring her children to the FCC very often. “No,” she joked. “The Club is where I get away from my kids!”

Angie Lau is a star anchor at Bloomberg TV and president of the Asia chapter of the Asian American Journalists Association (AAJA). A former FCC Board member, she is still involved in the Club’s communications committee.

She is expecting her first child this January, and is planning on taking four or five months off after the birth. Like many expectant mothers, she deals with the awkwardness of answering questions by well-meaning if misguided outsiders about her post-baby plans.

“When a fellow [AAJA] member mentioned we should start thinking of succession plan for my role as president when I go on maternity, I was surprised,” she said. “But I chalk that up to good intentions.”

Meanwhile, Lau has just finished putting together the AAJA Christmas party and is now organising an AAJA conference for next May.

There’s a photo of me in The New York Times’ Hong Kong newsroom – sitting on a swiveling chair in front of two computer screens, smiling at a pudgy toddler on my knee.

For a while, I felt very proud of this photo. It made me feel like a member of Sheryl Sandberg’s “Lean-In” generation, a woman who balanced work and motherhood through sheer force of will.

After the birth of my first child, I had tried to “lean in” Sandberg-style – rushing home after work to get home before my baby fell asleep. I was exhausted. I leaned in so far, I fell over

But to be frank, the photo was somewhat staged. It was a cameo appearance by the kids at my workplace, and they were swiftly sent home in a taxi with their nanny. In all my years at the Times, I have never actually edited an article with a child on my lap.

After the birth of my first child, I had tried to “lean in” Sandberg-style – rushing home after work to get home before my baby fell asleep. I was exhausted. I leaned in so far, I fell over.

So after my second child, I left my job and became a part-time freelancer. Today, my “office” is the sunny spot at the Club Table, where I write my stories. But when I feel like going home, I can.