The Peace Hotel on Shanghai’s Bund has seen it all over 90 years, from glittering guests such as Charlie Chaplin and Noel Coward, to the Gang of Four and Communist officials settling in as the wheels of history turned. Jonathan Sharp went along for birthday celebrations. 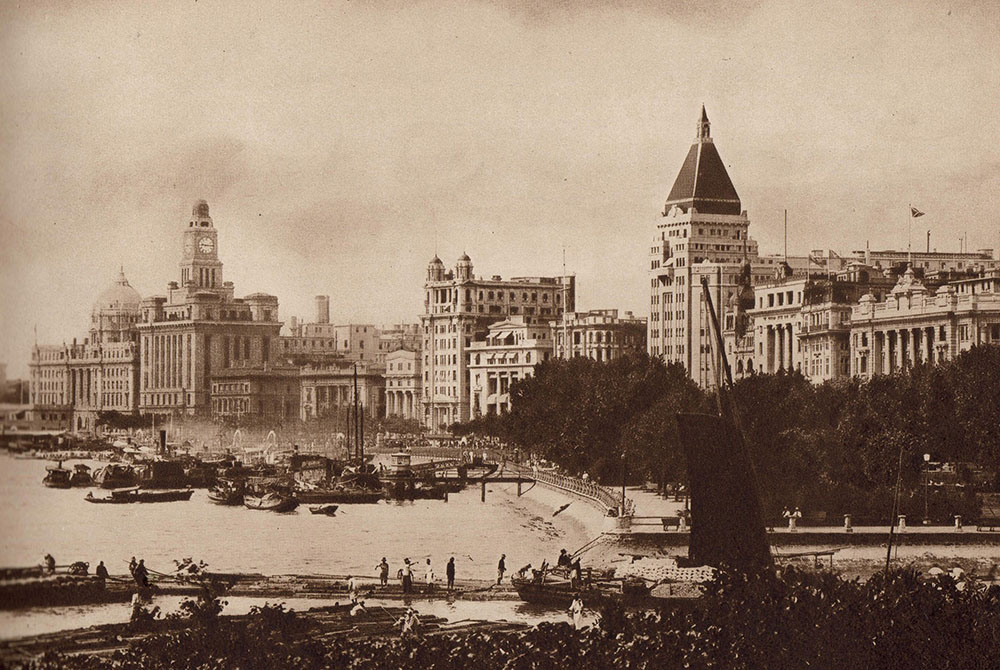 China has many significant anniversaries to mark – or ignore – in 2019. One that does not appear to have politically sensitive overtones is this year’s 90th anniversary of the opening of the Peace Hotel, the Art Deco masterpiece on Shanghai’s Bund.

Originally called the Cathay and now part of Fairmont’s global stable, the Peace has been witness, and sometimes party to, some of the most remarkable and momentous changes of fortune that have studded China’s modern history.

And, externally at least, it still looks much the same as it did when it opened in 1929, complete with the distinctive copper-sheathed green pyramid on top that glows at night. 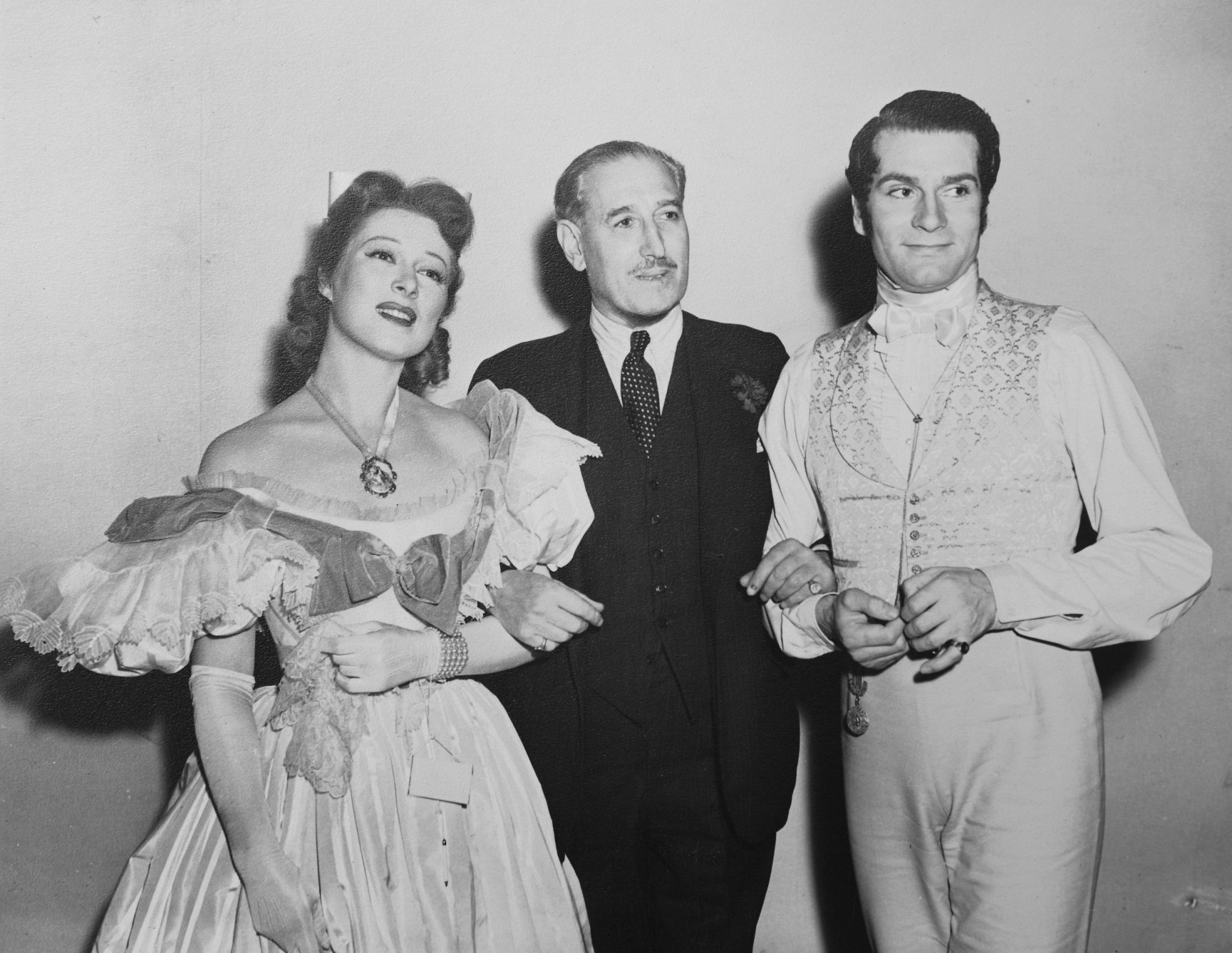 The hotel was the brainchild of real estate tycoon Sir Victor Sassoon, the most notable of the Jews of Iraqi origin who took their chances in Shanghai. He used an 11th floor penthouse in the hotel as his pied-a-terre.

Perhaps most renowned for its front and centre role in Shanghai’s heyday of hedonism and decadence in the 1930s, the hotel also weathered rogue bombs and Japanese occupation, and the Communist takeover in 1949. During the Cultural Revolution members of the radical Gang of Four availed themselves of its services.

Once the tallest building in the Far East, the granite-clad hotel now stands shoulder-to-shoulder with a parade of other magnificent historical relics that once housed foreign banks, trading houses and consulates, strung along the elegant curve of the Bund. 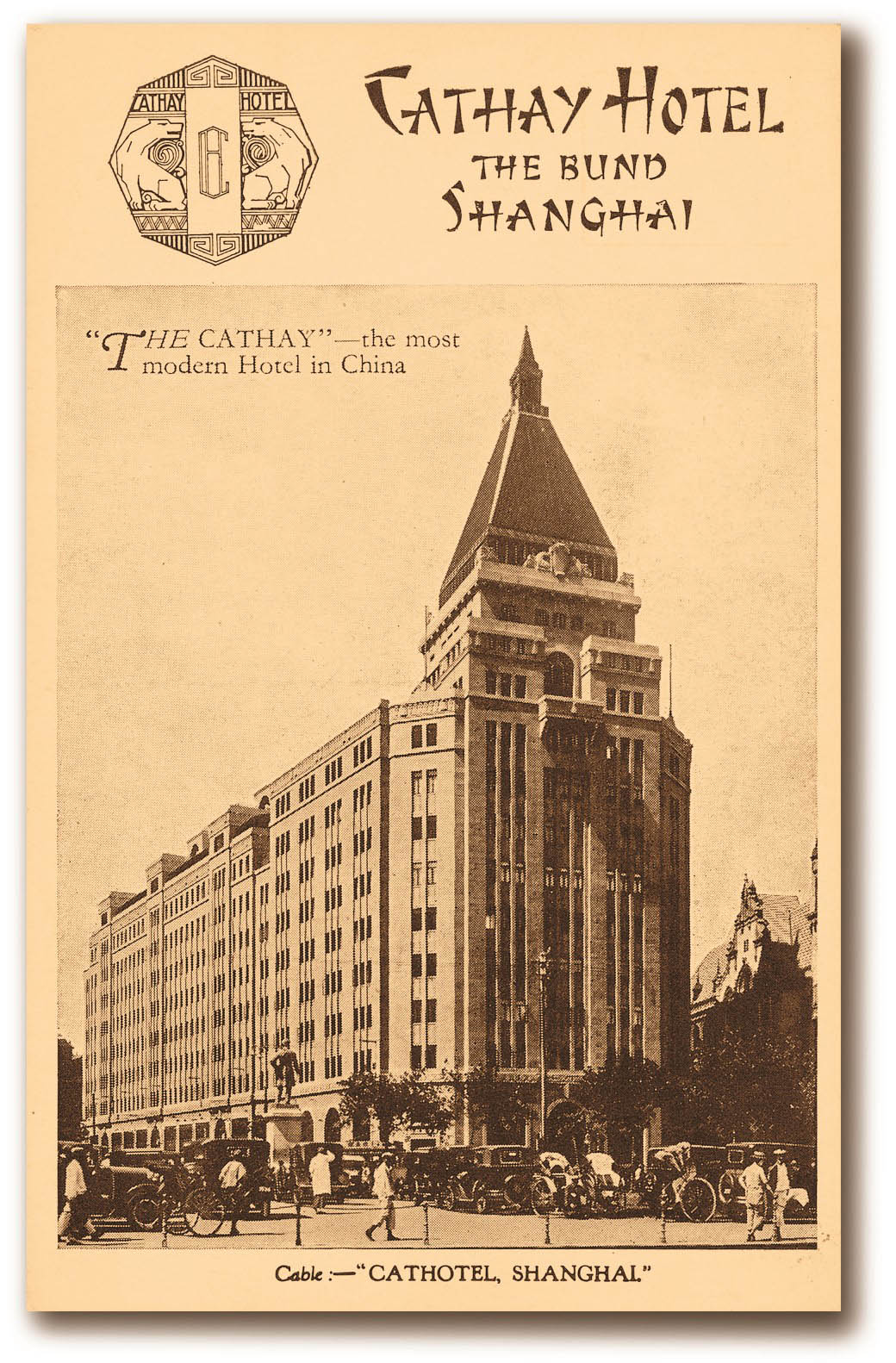 Facing directly opposite them across the Huangpu River is the glitzy cluster of skyscrapers of Pudong, totems of today’s China. This graphic counterpoint between past and present China is best viewed, as I did recently, from the terraced bar on the ninth floor of the Peace.

The hotel, like other buildings along the Bund, had a difficult birth because of the treacherous nature of the construction site, a swamp scores of metres deep in mud. The solution employed by venerable Hong Kong-based architects Palmer & Turner – still going strong today – was to saturate the site with masses of timber piles covered by a giant concrete raft. It worked.

Once completed as the height of opulence, extravagance and state-of-the-art facilities, the hotel hosted and boasted a glittering roll call of celebrity guests. It was one of the places in Asia for the famous to see and be seen, to preen and be preened. So, the likes of Charlie Chaplin and Paulette Goddard stayed, Douglas Fairbanks tested the sprung timber ballroom floor. And Noel Coward drafted his play Private Lives in his hotel room while recovering from ’flu. 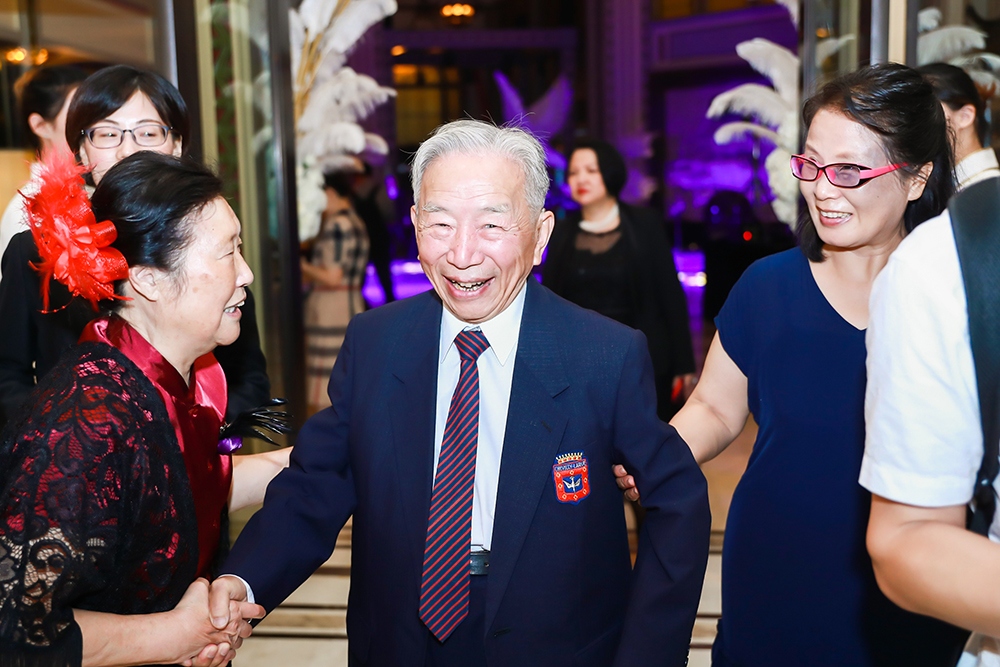 Sir Victor’s costume parties were legion and legendary. But one went hilariously awry, as chronicled by Taras Grescoe in his superb book, Shanghai Grand. At a circus-themed dance, Sylvia Chancellor, wife of Christopher Chancellor of the Reuters Far East bureau, and Henry Keswick of Jardine’s smuggled a live donkey into the party. The donkey duly defecated amidst the dancers. Sir Victor was not amused. Mrs Chancellor’s high jinks did not harm her husband’s career one jot. Sir Christopher rose to run all of Reuters for 15 years.

In those days Shanghai gloried in the title as the “Paris of the Orient”, but it was also described as the “Whore of the Orient” for its prostitution, drug dens and corruption.  Evidence of the city’s squalor and crushing mass poverty was right outside the hotel. One of the best known of the army of beggars was called “Light in the Head”. He kept a lighted candle, dripping wax, on his shaved head.

On August 14, 1937, the war with Japan came shatteringly close when two stray bombs from Chinese aircraft aiming at a Japanese warship in the Huangpu River shook the hotel to its foundations. The bombs devastated Nanjing Street outside the hotel, but spared the guests. Seemingly the party was well and truly over. 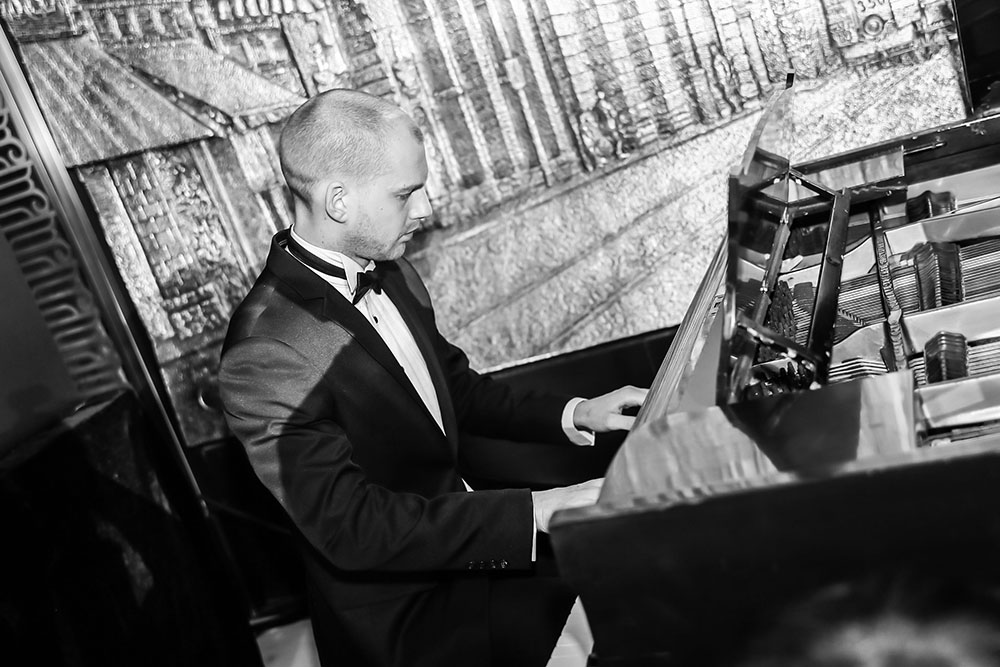 When the Communists came to power in 1949 the hotel was used by municipal officials before being reconstituted as the Peace Hotel in 1956.

My first stay was in 1971 when an air of faded glory pervaded the hotel. I recall large rooms with overstuffed armchairs and original bathroom fittings made in Wolverhampton, a gritty industrial town near where I grew up in the UK. The plumbing still worked (good job, Wolverhampton!).

A memorable milestone was reached in 1980 when the hotel’s legendary Old Jazz Band performed once again. Live jazz in Communist China! The evident joy and enthusiasm of the six elderly musicians more than made up for any technical rustiness resulting from their years in the shadows.

The sextet’s successors still soldier on nightly, although in today’s more relaxed cultural atmosphere they inevitably lack what was once a highly marketable novelty value.

In 2007 the Peace Hotel closed for three years of extensive, and expensive, renovation undertaken with solemn pledges to restore it as far as possible to its former Art Deco glory.

And, as far as my untutored eye can judge, the multi-million dollar facelift for what is now the Fairmont Peace Hotel (although Shanghai residents including taxi drivers stick to the old name) has been a success. 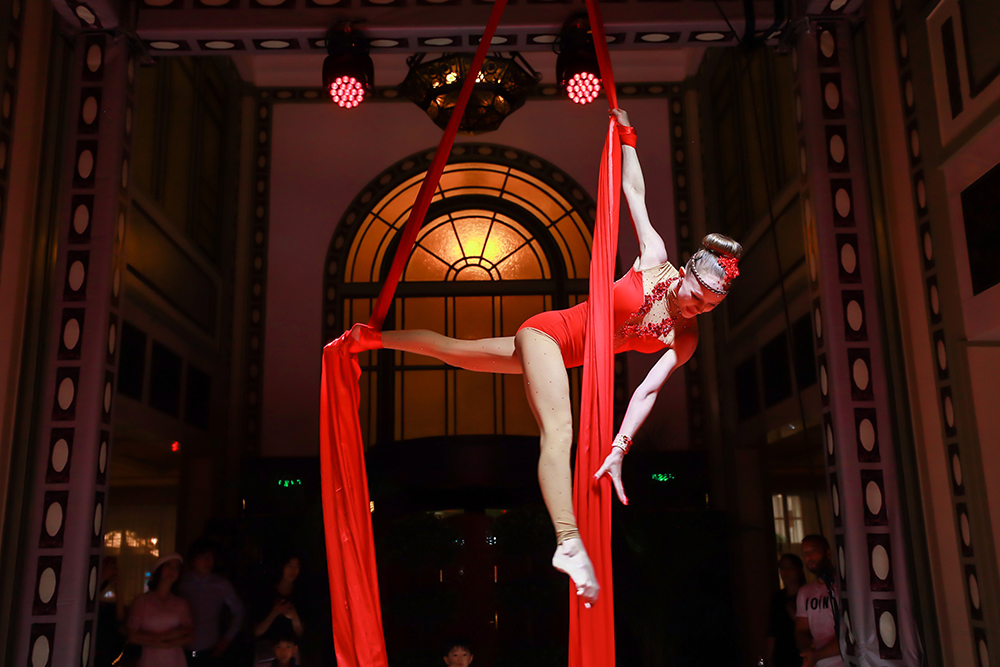 Of immediate impact is the stunning octagonal rotunda in the lobby with a copper and yellow-tinted glass skylight that for decades was hidden.

However, throughout the revamped hotel, authentic touches abound in the furniture and fittings, not least the huge claw-foot bathtub in the bathroom of the spacious double room where my wife Betty and I stayed. Betty’s tutored eye also approved of the eighth floor Dragon Phoenix restaurant. Rates and prices were, by Hong Kong standards at least, pleasantly reasonable.

So, I am guessing Sir Victor would have approved of the makeover of his masterpiece. Perhaps he would be less happy with a sour note that intrudes, one that is entirely out of the hotel’s control. When we tuned into the BBC World Service in our room, the screen periodically went blank – footage of the Hong Kong protests, then in full swing, was being aired. The programme resumed when the world’s other dramas and disasters less close to home were reported.

August 1 saw the launch of grand celebrations of the hotel’s 90th anniversary. Blasts from the past included an appearance by 99-year-old Zhou Wanrong, leader of the Old Jazz Band when it was revived in 1980. Another reminder of the hotel’s extraordinary history was a recital played on the Steinway piano that was ordered by Sir Victor for the hotel’s opening.