News The Correspondent The question in China: what... 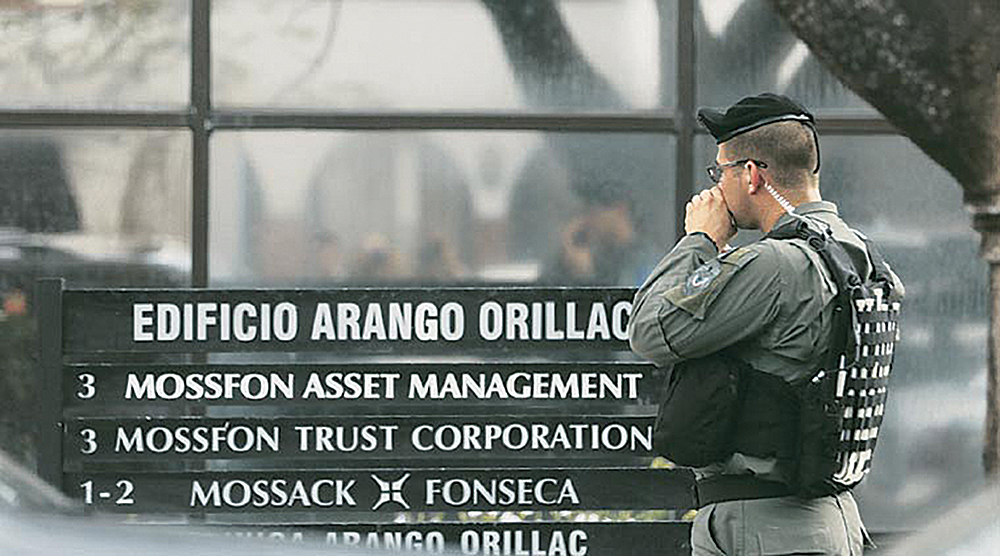 The question in China: what Panama Papers?

While the release of the Panama Papers rocked governments around the world, it hardly caused a ripple in China, one of the biggest sources of funds for these offshore accounts. China’s clampdown on any news of the leaks has been particularly effective.

While the release of the Panama Papers rocked governments around the world, it hardly caused a ripple in China, one of the biggest sources of funds for these offshore accounts. China’s clampdown on any news of the leaks has been particularly effective.

Search engines, for example, reply to queries with: “Sorry, searches for ‘Panama’ came up with no relevant results.” A censorship notice sent by a Chinese provincial Internet office told editors to delete reports on the leaks, according to China Digital Times. “If material from foreign media attacking China is found on any website, it will be dealt with severely,” the notice said.

The leaks come at a bad time for China which is in the midst of a massive crackdown on corruption that has already been criticised as being an internal power play rather than actually tackling graft.

The Panama Papers leak is one of the biggest ever – larger than WikiLeaks in 2010 and Edward Snowden in 2013. There are 11.5m documents and 2.6 terabytes of information drawn from Panamanian law firm Mossack Fonseca’s internal database. The records were obtained from an anonymous source by the German newspaper Süddeutsche Zeitung, which shared them with the International Consortium of Investigative Journalists.

The documents show the myriad ways in which the rich can exploit secretive offshore tax regimes. Twelve national leaders are among 143 politicians, their families and close associates from around the world known to have been using offshore tax havens.

In China the leaks show that relatives or business partners of several current and former members of China’s ruling Politburo were tied to offshore companies that had the effect of obscuring their ownership interests.

Probably the most politically sensitive leak was the revelation that Deng Jiagui, the brother-in-law of President Xi Jinping, had set up two British Virgin Islands-registered companies through Mossack Fonseca in 2009, when Xi was vice-president. What the two companies – Best Effect Enterprises and Wealth Ming International – were used for is unclear. By the time Xi came to power the companies were dormant, it was reported.

Deng, of course, has been in the news before. In 2012, Bloomberg News reported on the vast business empire built by Deng and his wife both inside China and through offshore companies that amounted to hundreds of millions of dollars.

Another politically powerful Chinese couple – also in the news previously – Li Xiaolin, the daughter of the former premier Li Peng, and her husband, Liu Zhiyuan. The Panama Papers leaks showed that Li and Liu were the owners of a foundation based in Liechtenstein that in turn owned a company in the British Virgin Islands, Cofic Investments. A lawyer for Cofic told Mossack Fonseca that the company’s profits came from helping the law firm’s other clients export heavy machinery from Europe to China.

Another relative of a top leader is Jasmine Li Zidan, the granddaughter of Jia Qinglin, a former member of the Politburo Standing Committee. Li’s father, Li Botan, was a central figure in a report last year by The New York Times on the political ties of the Dalian Wanda Group chairman, Wang Jianlin. Companies linked to Li made hundreds of millions of dollars in capital gains from their holdings in Wanda property and entertainment enterprises.

Ideological leaks
One of the few mainland news outlets to mention the Panama Papers was Global Times, a newspaper run by the Chinese Communist Party. The newspaper questioned the lack of a named source for the documents, and the Chinese version of the article suggested that Western intelligence agencies could easily slip fake information into such a large trove of records.
The article accused the Western news media of using the leaks for ideological purposes by attacking, for example President Vladimir V. Putin of Russia.

“The Western media has taken control of the interpretation each time there has been such a document dump, and Washington has demonstrated particular influence in it,” Global Times wrote. “Information that is negative to the US can always be minimised, while exposure of non-Western leaders, such as Putin, can get extra spin.”

The Mossack Fonseca data relates to more than 200,000 companies for which the firm acted as registered agent. Often used lawfully to anonymously hold property and bank accounts, these companies were registered in a range of tax havens. Rather than dealing directly with company owners, Mossack Fonseca – the world’s fourth biggest provider of offshore services – mostly acted on instructions from intermediaries, usually accountants, lawyers, banks and trust companies. The biggest centres for this activity are Hong Kong and Switzerland. And China, Hong Kong and Russia top the list of hidden owners.

It should be noted that going offshore is legal. There are many legitimate reasons for doing so. Business people in countries such as Russia and Ukraine typically put their assets offshore to defend them from “raids” by criminals, and to get around hard currency restrictions.

However, there are also many not-so-legitimate reasons. In a speech last year in Singapore, UK Prime Minister David Cameron said “the corrupt, criminals and money launderers” take advantage of anonymous company structures. Others use them too: an offshore investment fund run by Cameron’s father avoided paying tax in Britain. The fund has been registered since its inception and has filed detailed tax returns every year.

Mossack Fonseca itself defends its conduct saying it complies with anti-money-laundering laws and carries out thorough due diligence on all its clients. The firm says it cannot be blamed for failings by intermediaries, who include banks, law firms and accountants.

Hong Kong connection
The South China Morning Post tracked down the firm’s man in Hong Kong, Zhang Xiaodong, who is better known by his adopted Cantonese name, Austin Cheung. Zhang has run the operation for more than 20 years.

The firm is accused of helping relatives of past and present Chinese leaders set up offshore companies in an alleged bid to avoid paying taxes. About a third of the Panama firm’s business was conducted on the mainland, with the bulk passing through the Hong Kong office.

Zhang joined the firm initially in its Panama City head office, staying there for a few years. His name first appeared on the Hong Kong branch’s list of directors in 1995, two years after it was set up. He moved to Hong Kong in 1997 and, in 2002, the office was rebranded as the Asia headquarters, of which he was president.

Among the banks, accountants and lawyers in Hong Kong which act as intermediaries is HSBC which has helped rich clients register more than 2,300 shell companies, the leaked reports say. Hong Kong’s richest man, Li Ka-shing, is a client of Mossack Fonseca. The leaked data showed that Cheung Kong Infrastructure, the Cheung Kong group’s infrastructure arm, used the firm to “organise” a string of related subsidiaries in Panama and the British Virgin Islands.

In reply to an inquiry by the Post, a spokesman for Cheung Kong Infrastructure said the group fully complied with the law of the countries it operated in.