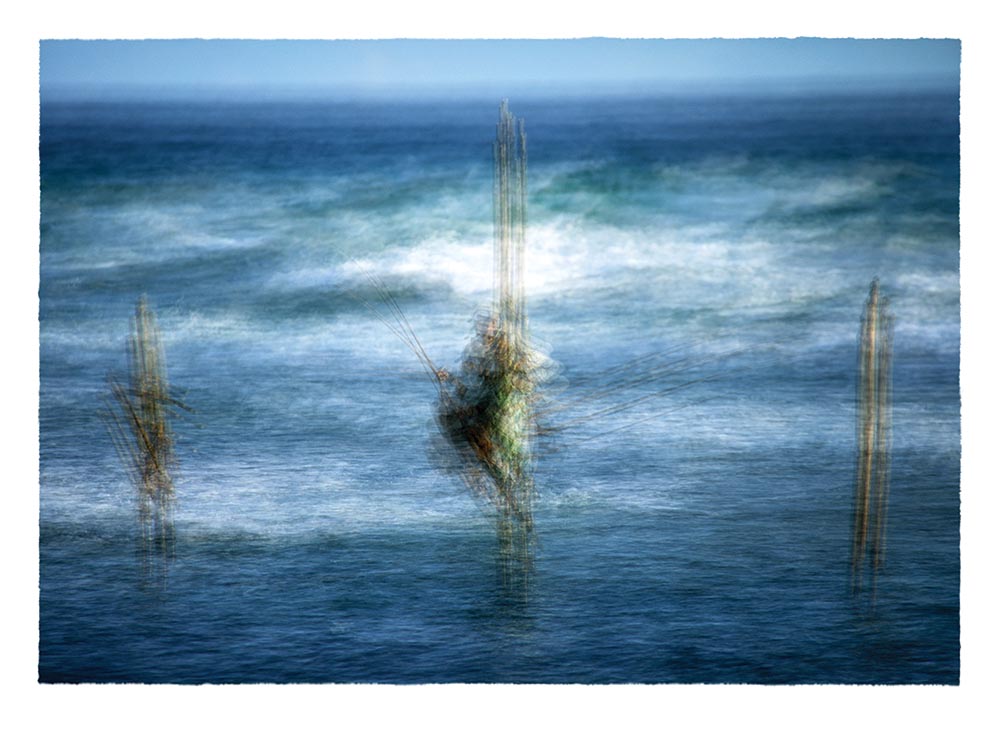 Light Flight Series began as a series of mistakes.

Times, where though the trigger finger had gone down at the precise moment, the familiar click of the shutter failed to materialise, for it had remained defiantly opened as the moment you were trying to capture disappeared forever.

These moments often occurred after a difficult journey where the cameras had been tossed around and the settings thrown out of whack unnoticed. At the time these images caused much frustration when they first came back from the lab, but sometimes these ‘accidents’ proved to be pleasant surprises.

By unwittingly surrendering power over the image to the will of ‘chance’, and ceding control of the composition to the natural flow of light and movement within the extra dimension of ‘expanded time’, the photojournalist in me, long addicted to the concept of the ‘decisive moment’ frozen in a still frame, was suddenly thrown, by accident, into the world of the Impressionists.

The images in this exhibition are excerpts from part two of the series: The Digital Age. In which we embrace the assistance available from new digital tools to reduce the influence of the ‘accidental’ and reassert control over the dimension of ‘time’ through the compression of a series of stills into a single image – much like freezing a tracking shot in a film into a single frame; thus allowing us to create more ‘painterly’ photographic images in the process.