News The Correspondent What next for struggling ph... 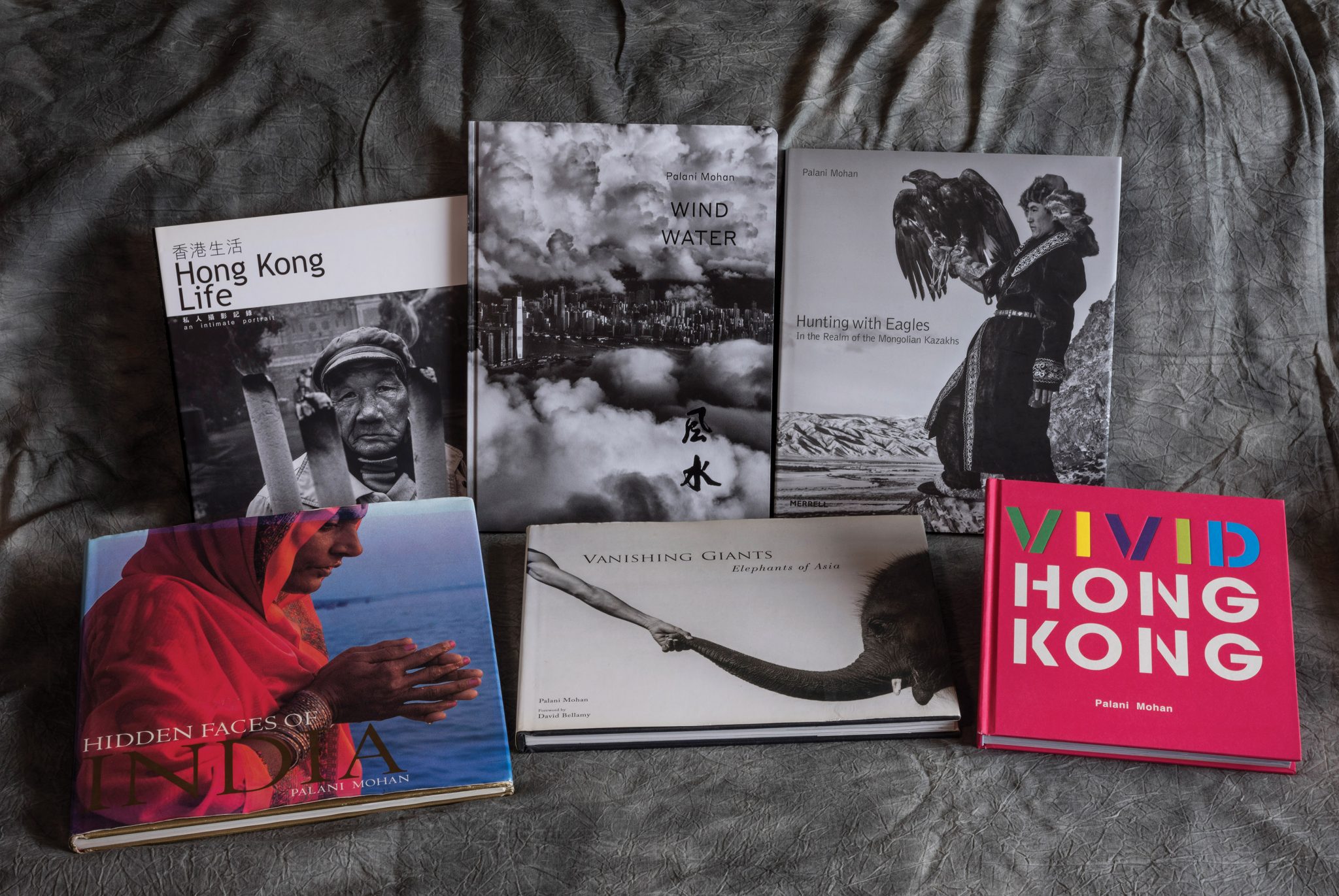 What next for struggling photographers? Put it in a book

Professional photographers in the past decade or so have had to struggle with declining markets for their photos as publications around the world have faded in the face of online competition. One way around this for many photographers has been to produce books, nearly always associated with an accompanying exhibition.

This is the route Indian-born Australian Palani Mohan took when he left the Fairfax group of newspapers in the late 1990s. He has just completed his sixth book, with more to come.

“When I was 17 and just out of school I got a photography cadetship with the Sydney Morning Herald. Those times were also the generous years and they put me through university as well.”

He then spent about 17 years as a news photographer. “I enjoyed the photography world — earning money while doing something you liked to do.”

Out of the mist at the Big (Tian Tan) Buddha on Lantau. Photo: Palani Mohan

Although he had been part of various books projects published by the Fairfax group, “it wasn’t until the late 1990s when I moved to Hong Kong that I approached a publisher to produce my own book”.

At the time he was regularly doing a two-page column in the Sunday Post’s “day in the life” series and decided he would compile about 20 of those stories into a book. Called “Hong Kong Lives”, it was published by Joint Publishing, which now produces mostly Chinese books.

“What attracted me about doing a book is that it is all about your idea — it’s purely the way you see the world. You also have more control of the images which are there for life,” he said.

Palani, who has always been a buyer and collector of photography books, based his second book on a collation of stories he had done for the likes of Time, Newsweek, The Observer, The New York Times and Asiaweek in the early 2000s.

“This was pretty much at the end of the golden era of good work and good money for freelance photographers — it was great while it lasted,” he said.

The book became the “Hidden Faces of India” published by an Anglo/Australian company, New Holland.

“I found with my second book that thinking about doing books was liberating which allowed ideas to burst out. So I quickly became hooked on the whole idea of planning books. This was helped by working with a publisher who saw the world with my eyes.”

His third book, “Vanishing Giants: Elephants of Asia”, was published by Editions Didier Millet in Singapore in 2008.

“I was living in Bangkok at the time and looked out the window and saw Asian elephants wandering down Sukhumvit, which somehow didn’t seem to fit: but at the same time to me they seemed to be saying ‘Here I am’ and I accepted the call.

“I was first intrigued by elephants when I was growing up in India and have always been interested in the lives of the people who exist alongside them.”

This project was spread over five years. He photographed the elephants while doing other jobs in 13 countries around South and Southeast Asia seeing how the demands of industry and agriculture, burgeoning populations and environmental degradation had reduced the wild Asian elephant’s habitats and their numbers, which now hover below 40,000.

“When I arrived in Hong Kong after the elephant book the iPhone 3S was just out and the possibilities for taking photos with the iPhone was only just starting. I thought that using the iPhone unobtrusively to take photos might make a good book.”

He approached Asia One Books to see if they would be interested in the idea of doing a book. “Without seeing any sample photos, Asia One grabbed on to the idea and so my fourth book, ‘Vivid Hong Kong’, was born and was published in 2011.”

Palani roamed the streets in all weathers and seasons to compile his take on the city. By forgoing traditional photographic equipment in favour of an iPhone, he was able to wend his way through the crowds, seizing those everyday, fleeting moments.

“When I started out not much had been done with iPhone photography,” he said. “It turned out to be a lot of fun and the quality was much better than I thought it would be which meant I could do exhibition prints and I was able to sell big prints.”

The striking duotone images from Palani’s fifth book, “Hunting with Eagles: In the Realm of the Mongolian Kazakhs” by Merrell Publishers, were an On the Wall exhibition at the FCC in November 2015.

Palani spent some years seeking out the Kazakh golden eagle hunters on the far-western Mongolia and China border in the Altai Mountains. He got to know the hunters, or burkitshis, well as he photographed their vanishing culture, threatened by dwindling golden eagle numbers and the hunters’ children, who forsook the brutal winters and moved to Ulan Bator for a better life.

His sixth and most recent book, “Wind Water”, is quite a departure from his previous books as it’s a visual and artistic reflection on the feng shui elements — wind, water, wood, metal, earth and fire – and “the chi that powers this great harbourside city”, he said.

“I have used the feng shui elements to make a personal portrait of the city which I think captures the energetic spirit of Hong Kongers. Although the geomancers will tell you this is no coincidence as Hong Kong has the most powerful feng shui of any place on earth.”

As well as exploring all the coastal corners of Hong Kong, it also entailed spending many hours on his roof in Happy Valley with camera and tripod in hand to photograph the shifting patterns of clouds in relation to the water.

For this book Palani approached a German publisher, Kehrer Verlag, “who were excellent to work with on this dream-like book — it was a work of love for me and the publisher, exemplified by their efforts to get a feng-shui-correct ISBN number.

From “Wind, Water”, by Palani Mohan

“This book was three years in the making and I don’t think I have ever worked this hard,” he said. “It’s probably the most difficult thing I have done, it demands everything of you.”

Palani will be having a major exhibition early this year at the F22 photo space. Having exhibitions is a way to encourage print sales, which is necessary as there is not a whole lot of money in books.

“You could say that doing a book elevates you as an artist, rather than your bank balance,” he said. “I learned a long time ago that in this line of work you are never rich, but have a rich life.”

Having said that, Palani says he has picked up quite a lot of commercial work as a direct result of the books.

From “Wind, Water”, by Palani Mohan
We measure site performance with cookies to improve performance.