Reports on how the media fared in 2018 are relentlessly bad news, with killings, imprisonments and hostage-taking of journalists all up. Sue Brattle takes a look at the statistics.

2018 was a grim year for journalists, with 80 killed, 348 in prison and 60 being held hostage at the time of going to press. Reporters Without Borders (RSF) stated that there was “an unprecedented level of hostility towards media personnel”.  In its annual round-up of abuses against the media, RSF concluded: “Journalists have never before been subjected to as much violence and abusive treatment as in 2018.”

In fact, the FCC has chosen this issue as its theme for 2019’s Journalism Conference on 23 March, entitled Enemy of the People? The Dangers of Being a Journalist in 2019.

In December, TIME magazine named their person, or persons, of 2018, under the title The Guardians and the War on Truth. The honoured were: murdered Saudi journalist Jamal Khashoggi, imprisoned Myanmar journalists Wa Lone and Kyaw Soe Oo, Rappler founder Maria Ressa of the Philippines, and The Capital newspaper in Annapolis, Maryland, U.S., where five staff were shot dead in June.

Sam Jacobs, executive editor of TIME, said after the announcement on December 12: “We are trying to make a statement, trying to stress the importance of freedom of the press. One of the big themes we have seen this year is the question around truth. What they [the media] are guarding is liberty, democracy and freedom. And they are searching for facts.”

More than half of the journalists killed in 2018 were deliberately targeted, according to RSF, whose Secretary-General Christophe Deloire said: “The hatred of journalists that is voiced, and sometimes very openly proclaimed, by unscrupulous politicians, religious leaders and businessmen has tragic consequences on the ground, and has been reflected in this disturbing increase in violations against journalists.” 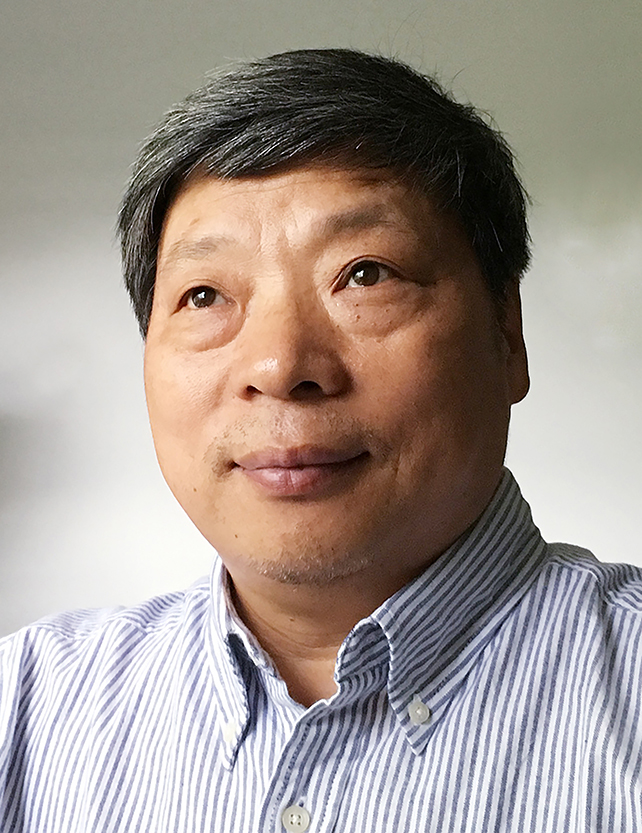 Award-winning Chinese photographer Lu Guang in New York. He vanished in the restive northwest region of Xinjiang and was “officially arrested” by local authorities, his wife said on December 12, 2018.

British human rights organisation Article 19 has concluded in its report spanning 2017-2018 that freedom of expression is at its lowest point for 10 years. Journalism is more dangerous – and more under threat – than at any time in the last decade. The rise of authoritarian governments and the threat of internet censorship has redoubled pressures on reporters globally, the report found.

Matthew Bugher, head of Article 19’s Asia Programme, told The Correspondent: “Headline stories concerning attacks on journalists, the prosecution of peaceful protesters and new repressive legislative initiatives paint a grim picture for the right to freedom of expression in Asia.

“Over the past year, the Cambodian government has engineered the evisceration of independent media, and Myanmar and the Philippines have persecuted journalists and human rights defenders who are reporting on grave human rights crises. 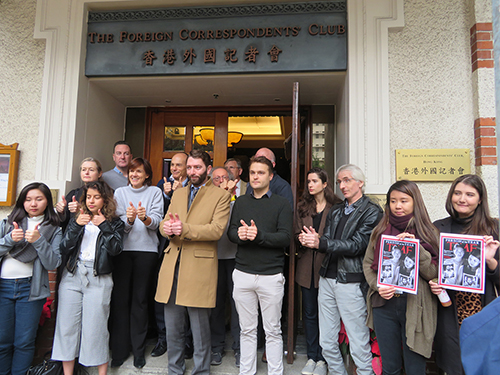 Members gather on the steps of the FCC to mark the one-year anniversary of Wa Lone & Kyaw Soe Oo being jailed in Myanmar.

“Thailand’s military government still presides over a rights-restricting legal framework of its own creation and Indonesia’s politicians have shown themselves willing to accommodate religious hardliners by silencing moderate voices.

“Meanwhile, China continues to export its authoritarianism, providing technology and training to support censorship and surveillance by regional governments and providing diplomatic cover for the repression of free speech.”

Afghanistan holds the tragic record for most journalists killed in 2018, with 15 deaths. Among them was AFP’s chief photographer in Kabul, Shah Marai, whom the FCC commemorated with a Wall exhibition of his pictures.

In Syria, 11 were killed, and in Mexico nine journalists were murdered.

RSF found that the number of journalists detained worldwide at the end of the year – 348 – was a rise from 326 at the same time last year. As in 2017, more than half of the world’s imprisoned journalists are being held in five countries: China, Iran, Saudi Arabia, Egypt, and Turkey. China remains the biggest jailer of journalists with 60 being held at the moment, including award-winning photojournalist Lu Guang who went missing in November. Chinese authorities waited a month before admitting he’d been arrested in Xinjiang.

The number of journalists being held hostage – 60 – is 11 percent higher than this time last year, when it was 54. All but one are in three Middle Eastern countries – Syria, Iraq, and Yemen. 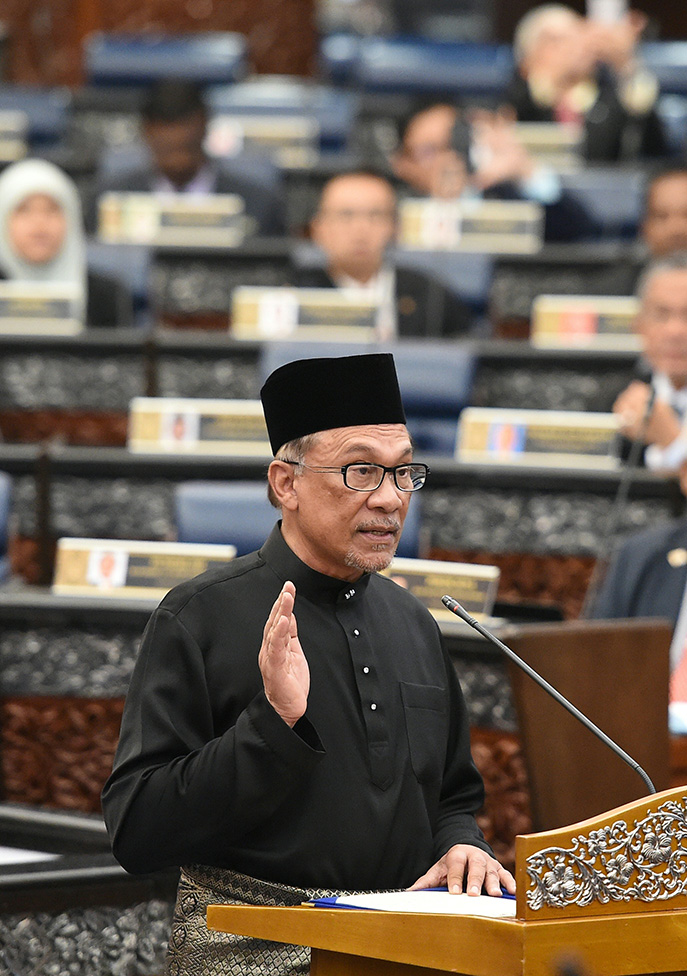 Malaysia’s People’s Justice Party president and leader of the Pakatan Harapan coalition Anwar Ibrahim (C) takes an oath as a member of the parliament during swearing-in ceremony at the Parliament House in Kuala Lumpur on October 15, 2018. Photo by Mohd RASFAN / AFP.

Phil Robertson, Deputy Director of the Asia Division of Human Rights Watch, said: “This was really the year when the governments struck back against the media. In many countries, reporters determined to ask hard questions and raise uncomfortable issues faced waves of harassment and death threats by government-sponsored online trolls, surveillance by state agencies, bogus criminal charges, and tax assessments, imprisonment, and physical attacks.

“Next year promises to be just as bad or worse, as the government assault on the media expands to using overbroad cybercrimes laws to go after free expression on the Internet.”

Vietnam welcomed in 2019 by introducing a new cybersecurity law, which criminalises criticising the government online and requires internet providers to give authorities user data when asked.

As the country’s Association of Journalists published a code of conduct banning reporters from posting information that could “run counter” to the state on social media, RSF’s Daniel Bastard called the measures “a totalitarian model of information control”. 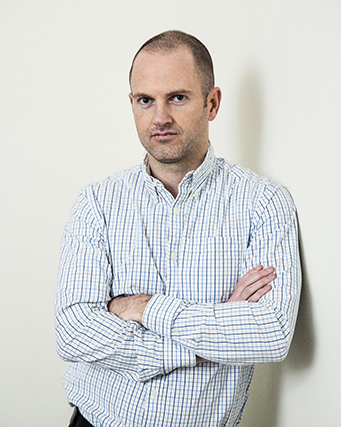 So are there any bright spots in the gloom? Article 19’s Matthew Bugher thinks there are: “In Malaysia, the Pakatan Harapan [Alliance of Hope] coalition, which ran on a platform that included legislative reform to promote freedom of expression, won a shock election victory in May. Although progress on human rights commitments has been limited to date, hopes remain high that the Government will live up to its reformist credentials.

“Moreover, in Hong Kong, Myanmar, the Philippines, and elsewhere throughout the region, journalists and activists are coming up with new, innovative ways to combat propaganda and censorship.

“In the coming year, digital spaces will increasingly become the forum for fights over expression and information. Look for governments throughout the region to continue to seek ways to control and surveil online content, while media and civil society will develop new initiatives to enable quality independent journalism and combat hate speech and misinformation.

“Peace campaigners in Myanmar, environmental human rights defenders in Cambodia and LGBT activists in Malaysia, among others, will take their activities to social media and develop new tools and technologies to defend marginalised and vulnerable communities.”

The closing date for submissions to the Human Rights Press Awards 2019 is February 12. The awards, now in their 23rd year, are organised by the Foreign Correspondents’ Club Hong Kong, Amnesty International, and the Hong Kong Journalists’ Association.

Showcasing this work has become more important than ever as governments around the region step up threats to basic freedoms, whether it be locking up journalists, carrying out arbitrary detentions or silencing political opponents.

Submissions must have been reported from the Asia region, including Central Asia, but excluding the Middle East, Australia, and New Zealand, and been published or broadcast between January 1 and December 31, 2018. Entries must be in either English or Chinese, and there is no entry fee.

Categories include Breaking News, Features, Multimedia, Video, Audio, and Photography. This year the Features category will be split into two awards – Investigative Feature Writing and Explanatory Feature Writing. All entries must be related to the Universal Declaration of Human Rights. Each entry must cite the specific article that the work seeks to address.