News The Correspondent Why it’s tough being ... 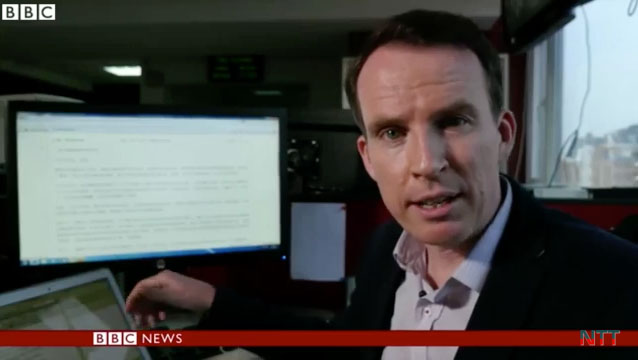 Why it’s tough being a journalist’s source in China

After last year’s damning report by the Foreign Correspondents’ Club of China (FCCC) on working conditions, not much has changed. Correspondents, journalists and, more importantly, their local staff and sources continue to be harassed, threatened and jailed.

A BBC camera crew reporting in China earlier this year was attacked and later forced by police to apologise and sign a confession for trying to conduct an “illegal interview”, one of its reporters has said.

John Sudworth, a journalist with the BBC, and his team were attempting to interview Yang Linghua,  a villager in rural China who claims her father was killed during a land dispute with the government. As they walked towards her house, a group of men blocked their way, pushed Sudworth and smashed the crew’s cameras.

“As soon as we arrived in Yang’s village it was clear they were expecting us,” Sudworth wrote in his account.

After the BBC’s cameras were smashed, the crew left the village but were chased and surrounded by 20 men whom the journalists described as “thugs”. Uniformed police and two members of the local government later arrived and “under the threat of further violence”, they were forced to sign a confession apologising for “behaviour causing a bad impact” and delete some of the footage.

“It was a very one-sided negotiation, but it at least gave us a way out – a luxury denied to the petitioners who find themselves on the receiving end of similar intimidation and abuse,” Sudworth wrote.

While the assault and being forced to sign a confession are unusual, the journalists were treated comparatively lightly compared with Yang and others like her. Yang, who was due to travel to Beijing to petition the central government to intervene in her dispute with local authorities, was put under house arrest.

Zhang Lifan, a Beijing-based historian specialising in modern Chinese history, is an outspoken critic of the Chinese government who is interviewed regularly by the foreign press – even when it leads to harassment from officials, a Committee to Protect Journalists report said. In February alone, he was quoted in the New York Times, Washington Post, Bloomberg, AP and Voice of America.

The foreign media’s frequent use of Zhang for expert opinion on a variety of China-related issues reflects a tough challenge for international journalists: it is becoming increasingly difficult to find citizens willing to speak to them.

Harassment of both local and international media is escalating in China.

Zhang said that he has been under continuous harassment for speaking to foreign media. “Officers would often wait outside my apartment complex and when I go out by car, they would knock the car window and say, ‘We’ve heard that you are going to give interviews to foreign media. We warn you not to do it,’ “  Zhang said. “It’s very annoying.” He added that his phone line has, on occasion, been cut off while foreign outlets interviewed him.

Several journalists covering China say there are still people willing to publicly express views, just not to the foreign press. “It is frustrating that smart, articulate people who, for example, post interesting views on Chinese social media, are then unwilling to speak with a foreign journalist. This happens routinely,” said Nathan VanderKlippe, the Beijing-based Asia Bureau Chief of The Globe and Mail. A China correspondent for a Western news organization, who asked to remain anonymous because he is not authorised to comment, added, “Some outfits hire experienced Chinese staff to improve sourcing, but even they struggle, as working for foreign media brands you. “Sources [in China] are taking a much greater risk and you can only give them very little in return,” he said.

As well as warnings and surveillance, outspoken critics can face jail. In January 2015, police arrested democracy activist Qin Yongmin because he “[wrote] too many articles and gave interviews to foreign media”.  He is still in prison. And Zhang Haitao, a Xinjiang-based rights activist, was sentenced in January last year to 19 years in prison for “inciting subversion of state power” and “providing intelligence overseas”. The court verdict stated that “[Zhang] for a long time frequently colluded with foreign media and websites, actively giving interviews.”

Punishing citizens for speaking to foreign media is in violation of China’s laws. Freedom of speech is guaranteed in the country’s constitution and laws regulating foreign media’s activities in China stipulate that foreign journalists are free to interview Chinese citizens, as long as they consent.

The risks for those who agree to be interviewed by the foreign press is illustrated by the case of Tashi Wangchuk, a Tibetan language activist who featured in a New York Times video at the end of 2015 about him challenging Beijing’s language policy in Tibet. Wangchuk’s lawyer said that he was detained early last year because of his contact with the paper’s journalists. He is charged with “inciting separatism” which can result in a 15-year prison sentence.

Sing Pao journalists have been followed and harassed, and that newspaper’s computer system was attacked. Apparently the harassment is connected to a series of Sing Pao columns criticizing outgoing chief executive Leung Chun-ying, and the Chinese government’s Liaison Office — Beijing’s top representative body in Hong Kong — in the run up to the chief executive election on March 26.

Since mid-February, a number of unidentified people have been seen outside the newspaper’s office in Hong Kong or been seen following staff and taking their photos. Also the paper’s website came under digital attack and was down temporarily on February 18 and 19. There are also signs that the company’s computer and email system were hacked in an attempt to steal information about the company.

Flyers containing threatening language and showing a photograph of a Sing Pao manager were also posted near one journalist’s residence. Sing Pao said in a statement, that the flyer photograph appeared to be the same one used for the manager’s “Home Return Permit,” a document issued by Chinese police that allows Hong Kong residents to travel to the mainland. The media company said that photographs for the travel permits should be possessed only by the issuing agencies.

Sing Pao is known in Hong Kong as a pro-Beijing publication, but in recent months it has run anonymous commentaries denouncing Leung and the Liaison Office. In October last year, Xinhua reported that Gu Zhuozheng, chairman of Sing Pao Media Enterprises, was wanted by police for allegedly being involved in a corruption case on the Mainland. Gu denied the accusations and said he had been under a “revenge-driven political attack,” according to news reports. Gu has issued a statement condemning the threats to Sing Pao staff.