News The Correspondent Why Journalists Can’t... 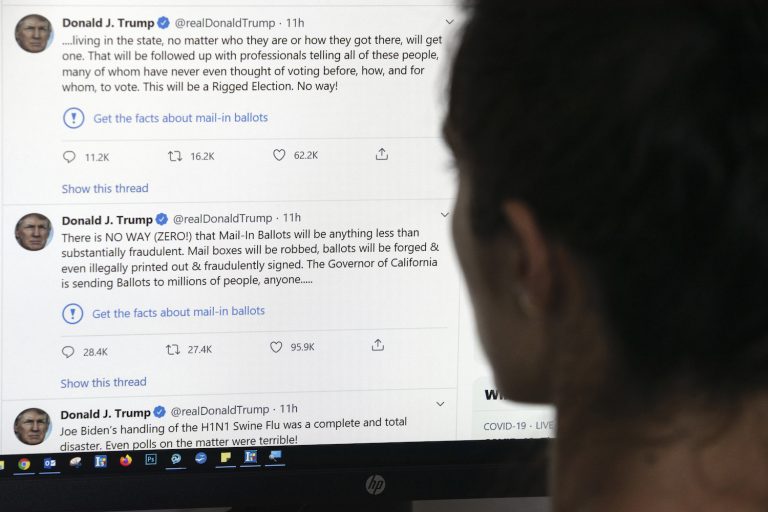 Glued to Twitter for breaking news and announcements, some reporters can’t avoid the platform – even if they want to. Morgan Davis explores the pros and cons.

Popularised for its fast-paced, bite-size approach to sharing and discussion, Twitter has become a polarising topic in the media world. For some journalists, it’s a network of real-time news, potential sources and story ideas, as well as a powerful way to find jobs and develop a following. Others find an emotionally taxing blackhole of trolls, cyber harassment, cancel culture, and misinformation.

Like it or not, many journalists find the platform to be integral to their work, especially with so many influential voices breaking news through tweets. Take outgoing US President Donald Trump as one example. For the past four years, Trump has tweeted White House hirings, firings and policy changes. And in November 2019, his Twitter antics reached a crescendo with the administration’s disinformation campaign to undermine the election results.

“Trump fires his officials on Twitter seemingly every other month. And, of course, he has said things that moved markets or were otherwise consequential to America’s relations with other countries,” says Alan Wong, managing editor of VICE News in Asia. And if journalists aren’t on Twitter, they may miss the news.

Likewise, many celebrities, politicians and pundits have avoided mainstream channels, making crucial announcements on the platform. Among them are Chinese officials and diplomats, such as Chinese Foreign Ministry representatives Hua Chunying and Lijian Zhao, says Wong, who tweet frequently about China and geopolitics.

“[The platform] is an important source for news and opinions, especially during turbulent times,” says Johan Nylander, the Asia Correspondent for Swedish business daily Dagens Industri and author of The Epic Split. “But Twitter also makes me feel sick. Everyone is shouting; no one is listening. When I open the Twitter app, my stress level shoots up.”

Though it can be frustrating and stressful, Twitter clearly has value for journalists. In addition to major announcements, the platform has proved itself indispensable for citizen journalism and real-time events, such as Hong Kong’s pro-democracy protests in 2019.

“It was impossible to be everywhere with protests dispersed across the city,” says freelance journalist Timothy McLaughlin, who contributes to The Atlantic, WIRED and The Washington Post, among other publications. “It was helpful to be able to check Twitter and see where people were posting from, where big events were happening and where I should head next to report.”

Nylander agrees: “When covering demonstrations and similar fast-moving events, Twitter is great. It gives instant updates on breaking news and where things are moving. But one has to be careful. Twitter is full of lies, exaggerations, misunderstandings and fake accounts.”

In 2019, a California-based nonprofit think tank, the Institute for the Future, surveyed 1,018 American journalists on the topic. Among them, 80 percent admitted to falling for false information online. Meanwhile, fewer than 15 percent of respondents said they received guidelines for when and how to report on false information to avoid “giving it oxygen”.But, if you learn to navigate trolls and disinformation campaigns, McLaughlin says Twitter can open up a world of new sources and story ideas. “I’m constantly trying to expand the pool of people I’m speaking to – Twitter can be helpful in finding people with new or different views, ideas and research that they are eager to talk about,” says McLaughlin.

It is hard but not impossible to make Twitter work for you.

1. Set up a system. Stay organised with a social media manager to schedule tweets, monitor hashtags, and manage your accounts.

2. Quality over quantity. Follow accounts that benefit your work and interests – then axe the rest.

3. Avoid Twitter fights. No matter how frustrated you feel, sort out disagreements offline. Angry or aggressive tweets could backfire.

4. Fact-check everything. While Twitter has introduced fact-checking labels, journalists must vet information and sources.

5. Don’t feed the trolls. If a troll harasses you, resist the urge to engage. Block and report the account.

The American journalist says Twitter has enabled some of his most impactful reporting. He’s particularly proud of an article published by The Washington Postin December 2019. The story, “In Hong Kong crackdown, police repeatedly broke their own rules – and faced no consequences,” took a hard look at the use of force by police during the 2019 protests.

The reporters who worked on the story used a video archive of 65 use-of-force incidents by police, verified by University of Hong Kong Faculty of Law students, as the foundation of their investigation. The story wouldn’t have been possible without Twitter, he says, as the reporting team relied on open-source, or publicly available, videos to verify police tactics used.

“If you look at some of the open-source reporting that has been impactful in recent years, you see that [journalists] draw a lot of it from people posting on Twitter, sharing things they have recorded or witnessed,” says McLaughlin. “It takes a lot of work to sift through all of the information that is flooding the platform, to fact-check it, to verify it. … but if journalists take the proper steps, it can provide a good trove of information.”

Unlike McLaughlin, Wong, of Vice Asia, uses the network sparingly when it comes to finding sources or experts. If someone is firing off 280-character opinions with abandon, they will most likely be willing to talk with journalists, he says, but Twitter represents just one small cross-section of the world.

According to the Pew Research Center, 22 percent of American adults who use Twitter tend to be younger, wealthier and more educated than the wider population. “If you sit back and let software dictate what you see, it’s easy to forget that,” says Wong. “People who don’t tweet deserve to be heard, too.”

Wong has learned to optimise his Twitter account over the years. He follows diverse voices and local experts, assigns alerts to important accounts, and mutes trolls and distracting threads.

To ensure Twitter is making your work easier – not harder – Wong suggests the counterintuitive approach of using the platform less. Setting up alerts, he says, is the best way to prioritise key users while minimising the noise and negativity.

For some journalists, it simply takes too much energy to cull and maintain their Twitter feed. Nylander admits that he has deleted the app from his phone several times, only to reinstall it later when he needs it for reporting. Ironically, it’s the anti-social nature of the social media platform that bothers Nylander the most.

“It’s not a forum for dialogue – quite the opposite. Checking my Twitter feed is like opening the door to a room full of people screaming hysterically,” he says. “There’s so much hate there. So much angst and horror. At the end of the day, could I live without Twitter? Yes, gladly.”

Morgan M. Davis is a finance reporter at Euromoney’s GlobalCapital. The Illinois transplant moved to Hong Kong in 2016, accompanied by her trusty sidekick Gizmo the Yorkie. Morgan has reported on multiple sectors of finance and holds a master’s degree from Columbia University.