News The Correspondent Why the FCC president in 20... 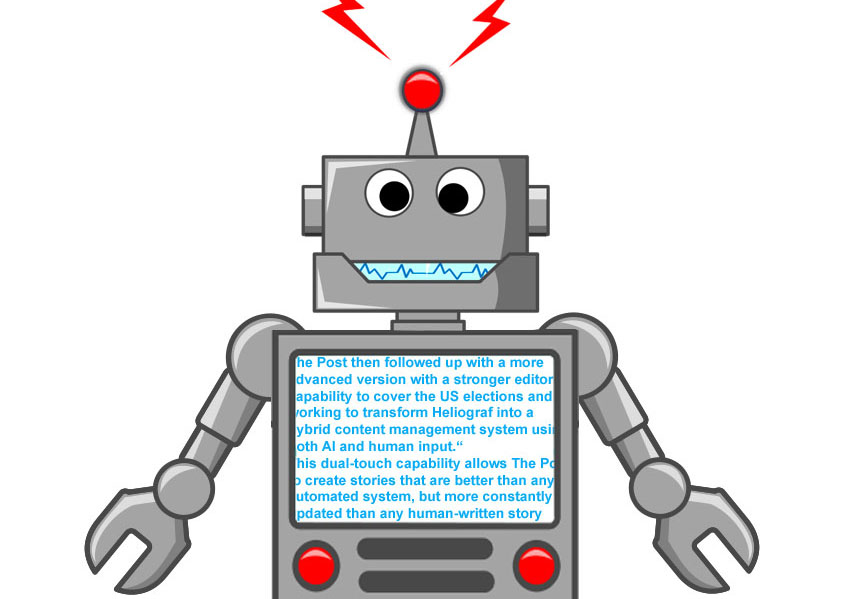 Why the FCC president in 2025 could be a hackbot

Journalism as it is conventionally understood – the printed word mediated by a pantheon of reporters and editors, the electronic media often regulated and constrained by law over content and ownership – has been besieged during the past few decades by technology, ideology and costs.

Alternative sources of information now offer endless opportunities for entrepreneurs, demagogues, narcissists and accountants to variously promote their views or maximise the returns on their employers’ investment while eroding the previously near-monopolistic grip major press, TV and radio empires, franchises and state-owned corporations had over their respective audiences.

While such an apparent democratisation of information, opinion and expression creates and serves new markets it equally erodes the previous era of cultural coherence when restricted media outlets served readily definable markets and audiences rooted in social, political and class preferences. This process at the content level may be defined as the traditional realm of ‘journalism’.

AI in the media is being promoted as a means of freeing up journalists and other creators of copy from the routine drudge work of writing material that reads like corporate boilerplate.

Artificial intelligence (AI) is the Orwellian term for enabling machines to, among other functions, mimic or surpass human intellectual endeavour. The technical side of AI is beyond the scope of this piece, and far beyond this hack’s ability to explain how it works. However, its impact on journalism, specifically the written word, and likely trajectory is more readily understandable.

Briefly, AI in the media is being promoted as a means of freeing up journalists and other creators of copy from the routine drudge work of writing material that reads like corporate boilerplate. Various news media, mainly in the United States but increasingly elsewhere – including China – have been producing readily formatable copy using AI software programmes for a number of years. Sports results and economic stories have served as the testbed, reflecting their often repetitious use of language with the results sufficiently encouraging for the techies and their employers to consider more ambitious efforts. Efforts have also been made to soothe the concerns of the human, Organic Intelligence (OI), component, telling them their jobs were safe and that AI would free them up for more interesting and creative work while the boring stuff was processed in a climate-controlled shed hundreds of miles away.

According to media reports, such developments have been greeted ‘warily’ in the affected newsrooms, as well they might be given the increasingly parlous state of relations between working hacks and their paymasters. The careers of many journalists drawn into the trade during the last decades of the previous century have ebbed, flowed and often been prematurely ended by technological change. Being ‘wary’ is a rational, if polite, response for what many must know or fear is heading their way.

This interface between AI and OI will prove either a point of collegiate cooperation or a war zone where human egos are confronted by computer generated instructions, delivered by bland emails.

The laws of unintended consequences, however, are also set to kick in as AI starts to seep up from templated copy and into what its promoters see as its editorial function of searching massive global data bases in near real time and then produce a basic story that can be sent instantly to innumerable subscribers while directing OI hacks towards angles they may have overlooked or had been unable to connect a complex skein of dots.

This interface between AI and OI will prove either a point of collegiate cooperation or a war zone where human egos are confronted by computer generated instructions, delivered by bland emails or the sort of soft female voice used by the US air force in its missile silos to talk the firing crew through the Armageddon launch sequence. This will likely lead to the often sweary exchanges many of us have had with satnavs and Siri, the modern equivalent of the sullen muttering that followed a real editor pointing out the gaping holes or unpursued angles in submitted stories.

A dystopian take on the march of AI into the newsroom and studio sees new and notionally more nimble and literate AI software being rolled out, cementing the confluence between cost and content. Readily cross-referenced stories written in the wire service style of dynamic first grafs followed by the more static contextual copy lends itself to AI templating, exponentially accelerating the production process while incrementally reducing employment opportunities. As confidence in the systems develops, OI editorial oversight will come under increased scrutiny for relevance – and of course cost.

Owners and their editorial and financial consigliere will be first tempted and then impelled to push the technology deeper into previously red-lined areas of content generation – features without any market moving or libelous risk would be good place to begin. The OI’s would either surrender to, sulk over or seek to sabotage the remorseless destruction of their trade and livelihoods. Journalism as still practiced in open societies would fade to grey.

As newsrooms struggle with dwindling resources, it’s not hard to imagine a future where AI plays an increasing role in mainstream media, but whether that is good news for journalists and readers is another story.

A counter scenario offers, for OI’s at least, a more positive outcome based on AI’s potential to fail to meet the expectations of what much of the market for the written word wants to consume, coupled with a number of systemic and anticipated flaws in a machine’s ability to produce original thought – admittedly a not infrequent OI failing.

For example, how to write software that comprehends humour, irony, sarcasm and puns? While the proponents of AI in journalism argue that the creative process will remain under the control of mammals, where are these creatures to come from when the basic tradecraft of the job has been usurped by equipment, offering few entry level avenues into the work of manipulating and ordering words?

Somewhere between these two parameters lies the probable outcome of the melding of AI and OI into a workable means of controlling cost, employing creative talent, targeting increasingly discrete markets and maintaining an approximation of the journalism we still know and appreciate.

However, as with all technological advances, there comes a time when the new becomes common place and effectively vanishes. AI will achieve this feat when it is caught making up quotes, going off the air for few hours as it bunks off the cyber equivalent of the pub and is elected virtual president of the FCC.

AI-powered journalism has been around for a few years, with a handful of companies like Narrative Science and Automated Insights capable of producing basic data-heavy news items for sports and stock analysis, but it  has become a serious contender since the Washington Post developed the Heliograf AI software specifically for its Twitter feed of the Rio Olympics last year.

The Post then followed up with a more advanced version with a stronger editorial capability to cover the US elections and are working to transform Heliograf into a hybrid content management system using both AI and human input.

“This dual-touch capability allows The Post to create stories that are better than any automated system, but more constantly updated than any human-written story could be,” said Jeremy Gilbert, The Post’s director of strategic initiatives. 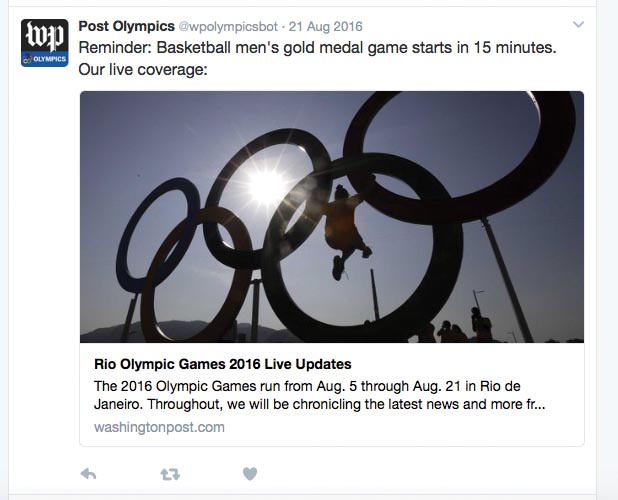 The Post is reportedly planning to license this new AI CMS to clients like Tronc, a consortium that includes the Chicago Tribune, the Los Angeles Times, and dozens of other regional papers.

Thomson Reuters have recently teamed up with Graphiq, a semantic technology company, to provide publishers access to an enormous database of interactive data, which is constantly updating in real time. Associated Press has partnered with Automated Insights to deliver stock market reports and sports coverage. Start-ups Persado and CortX are also making serious inroads into AI generated copywriting and web content respectively.

China’s Tencent Holdings has developed Dreamwriter, its own AI media software, and claims that it will provide reporters more time to perform more complex and challenging reporting tasks, while the software critically analyses big data and produces basic stories.

Cheap computing power is driving  rapid advances in AI technology beyond mere grunt work. In time it is expected to do things like search the web to see what people are talking about, then check to see if a story is being covered. If not, then either alert editors or write the piece itself. Mind you it’s not a perfect AI world yet, when Facebook fired its Trending module’s human editors last year and let an algorithm take over, it promoted a story which falsely claimed that Fox News had fired anchor Megyn Kelly and then racked up thousands of Facebook shares and millions of views before it could be removed.

But Narrative Science’s Kris Hammond predicts that “A machine will win a Pulitzer one day” and goes on to estimate that 90 percent of news content could be written by computers by the mid-2020s.

As newsrooms struggle with dwindling resources, it’s not hard to imagine a future where AI plays an increasing role in mainstream media, but whether that is good news for journalists and readers is another story.